Survivors react to Pa’s botched sexual abuse amendment: ‘You’ve got to be kidding me’

Department of State Secretary Kathy Boockvar is resigning over the error. 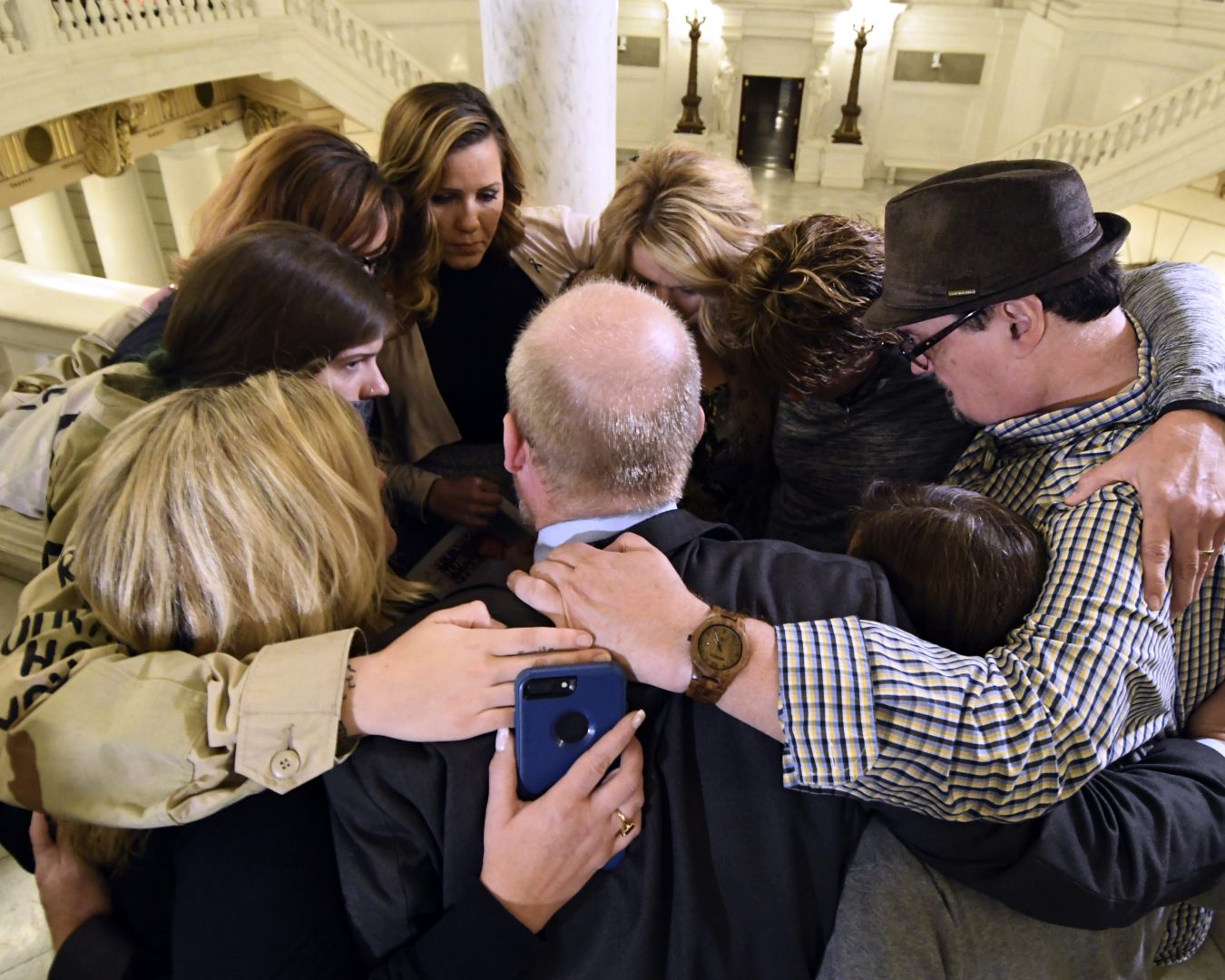 (Philadelphia) — Politicians, advocates and sexual abuse survivors around Pennsylvania say they’re stunned at a major Department of State error that will keep a long-awaited survivors’ rights amendment from going to a statewide vote this spring.

The amendment would have opened a two-year window for victims of sexual abuse to sue their alleged abusers, even if the statute of limitations had already passed.

Now, Department of State Secretary Kathy Boockvar is resigning over the error, and supporters of the amendment across the political spectrum are scrambling for other remedies.

Abuse survivors, meanwhile, are appalled that, after years of intense debate, negotiations may essentially have to start over.

“My initial reaction was, you’ve got to be kidding me,” Michael McDonnell said. He’s a volunteer with Philadelphia’s chapter of the Survivors Network of those Abused by Priests, and says he personally survived clergy abuse as a child in the 1980s.

“It’s gut wrenching, you know,” he said. “Especially from a person such as myself who handles calls from victims all over the tri-state area. Oftentimes I’m the first person who they’ve ever divulged their abuse to. Those are the people my heart breaks for.”

The path for an amendment to become law in Pennsylvania is long. The language has to pass the legislature in two consecutive sessions, then go to voters for a referendum. Until Monday, it appeared the measure was on track to pass the state Senate quickly and appear on ballots statewide in the May primary election.

But state officials say that now may be impossible because the Department of State failed to properly advertise the amendment after it first passed in 2019. 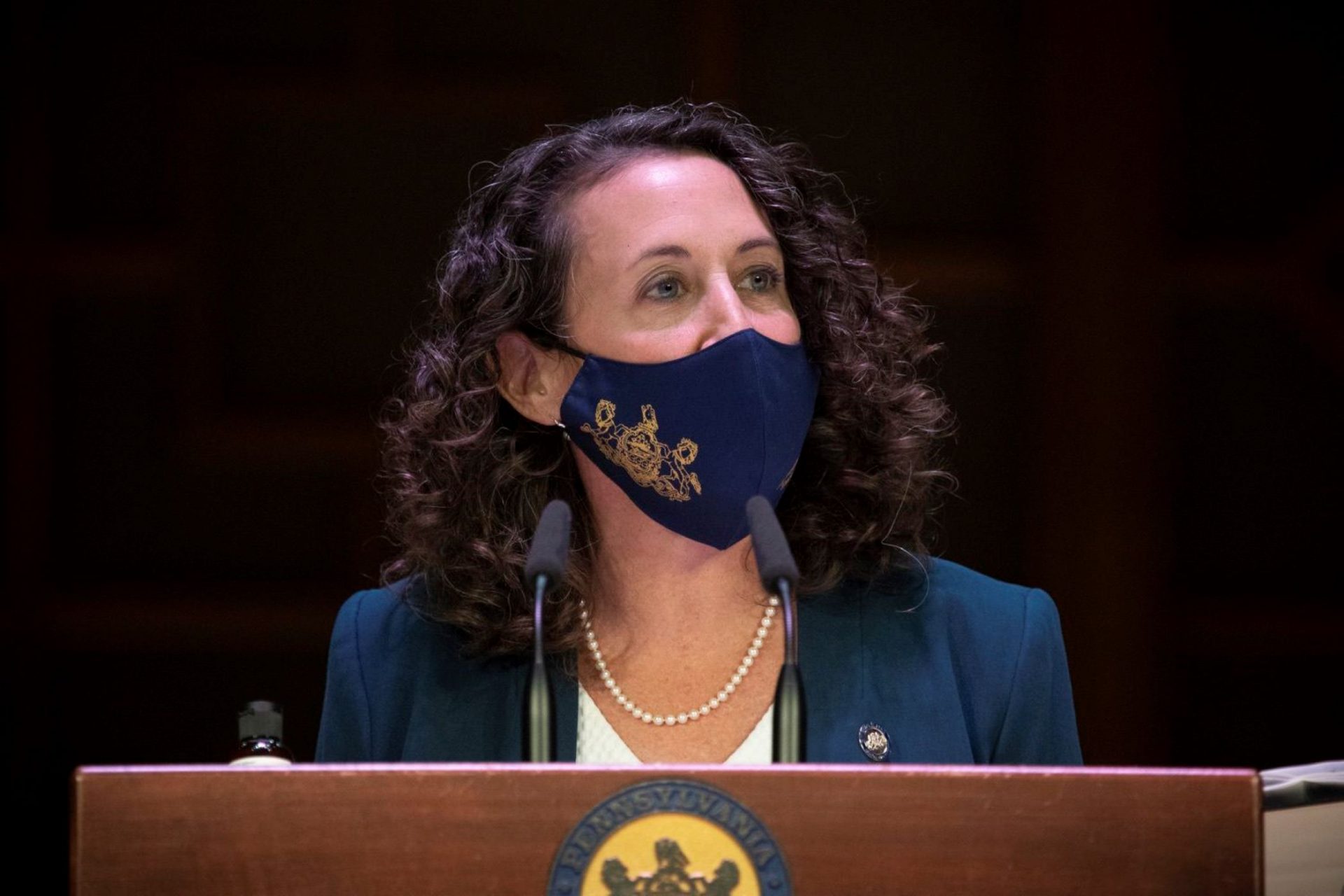 Secretary of the Commonwealth Kathy Boockvar on Thursday defended her actions during the 2020 election, which have been upheld in the courts, and called on Republicans to end their ‘lies.’

The commonwealth’s constitution requires DOS to publicize proposed amendments in two newspapers in every county in the three months before General Assembly elections, which happen every two years. That didn’t happen ahead of the 2020 election.

“The delay caused by this human error will be heartbreaking for thousands of survivors of childhood sexual assault, advocates and legislators, and I join the Department of State in apologizing to you,” Gov. Tom Wolf said in a statement. “I share your anger and frustration that this happened, and I stand with you in your fight for justice.”

Details on the error have so far been scarce. Boockvar says she only became aware of the mistake last week and notified other administration officials immediately, but accepts “responsibility on behalf of the department.”

Boockvar had already faced calls for her resignation from Republicans who disliked her handling of the 2020 election. Many of the same lawmakers pointed to the amendment error as additional evidence of incompetence.

Wolf said the two issues are totally unrelated. In a statement, he praised her leadership and her work “to provide a fair election last year under tremendously challenging circumstances.”

Boockvar, a Bucks County native, was appointed by Wolf to her position in 2019. She previously had unsuccessful runs for governor and congress.

Representative Mark Rozzi (D-Berks) learned about the DOS error Monday morning, when he returned from shoveling snow to find his phone inundated with requests that he take a phone call with Wolf.

Rozzi has spent a decade fighting to give child sexual abuse victims greater ability to sue their abusers.

The issue is personal for him. He says his own childhood abuse by a priest drove him to run for office in the first place, and to take on Pennsylvania’s relatively restrictive statutes of limitations.

It has been a bitter battle. Rozzi has warred with the Catholic Church over its culpability in longstanding abuse for nearly his entire eight years in the legislature.

He and other advocates finally helped broker a deal in 2019 following a scathing grand jury report commissioned by Attorney General Josh Shapiro that detailed abuse allegations against more than 300 “predator priests” on behalf of more than 1,000 victims in dioceses across the state.

Lawmakers in the House and Senate agreed to pass a bill that got rid of the statute of limitations on sexual abuse cases going forward, and a separate amendment that would open a window for retroactive suits.

When Rozzi picked up Wolf’s phone call, he said, he thought the governor was going to congratulate him on the amendment’s impending passage through the Senate Judiciary Committee. Instead, he got the news that the whole process would have to start over.

“It’s just heartbreak today,” he said. “Victims have been literally fighting for this legislation for 21 years. So today is just an absolutely devastating blow for victims who believed they were on the doorstep.” 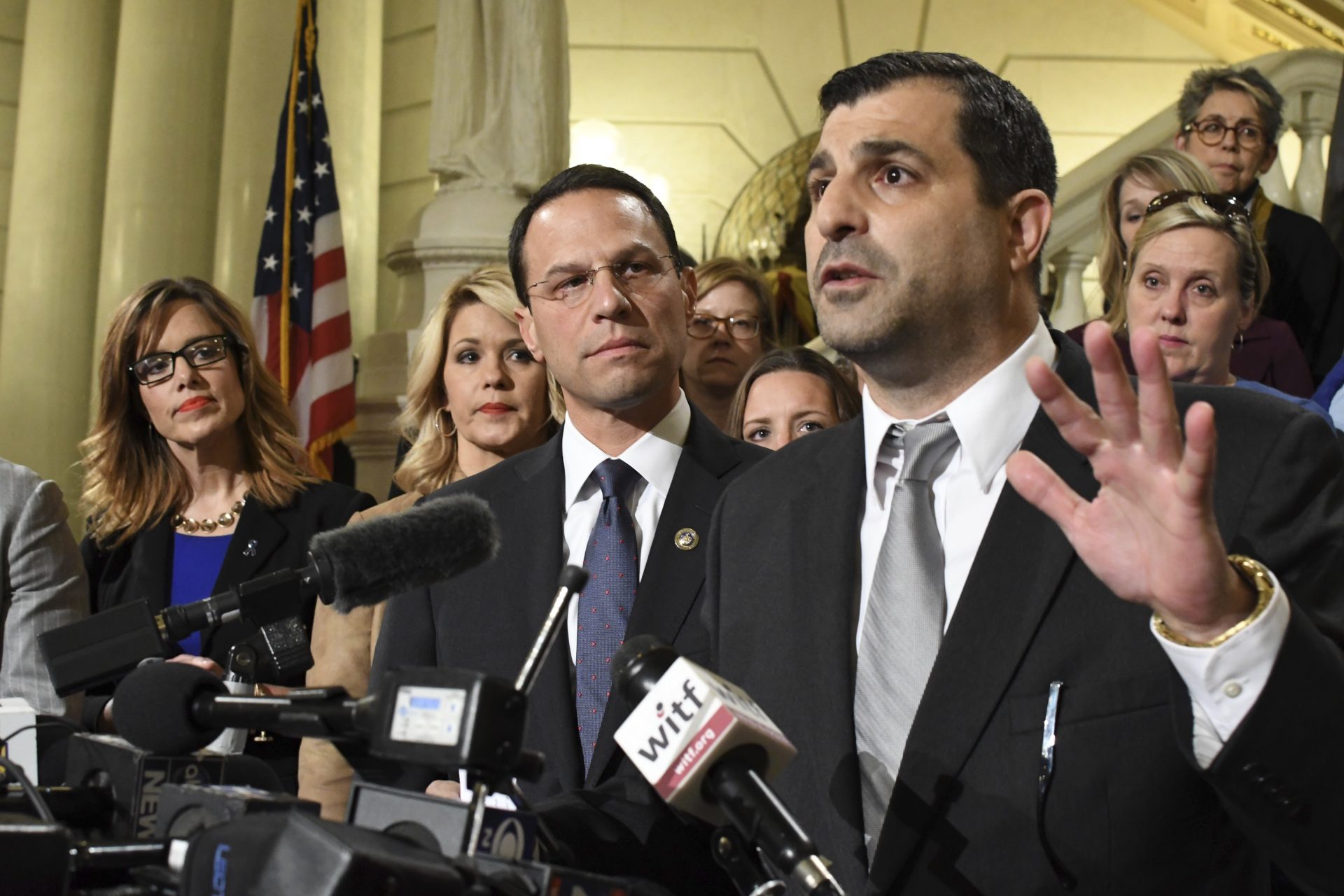 Rozzi speaking to reporters in October 2018, after the legislature’s last attempt at a statute of limitations overhaul crumbled.

Rozzi said he is calling for an investigation into DOS to find out exactly what went wrong in the amendment notification process.

Other lawmakers echoed his reaction, with members of both parties releasing statements saying they are shocked and dismayed at such a significant error.

But right away, Republicans and Democrats appeared to splinter on the best way to salvage the bungled amendment.

Senate Democratic Leader Jay Costa said he would back an effort to pass a window for retroactive lawsuits through simple legislation, rather than an amendment — a much faster process.

“If we continue with the constitutional amendment process, it will be at least another 2 years until the window would be created and that’s simply too long,” Costa said in a statement. “A legislative solution can create the window immediately.”

House Democratic Leader Johanna McClinton also raised the possibility of passing an emergency amendment, a rarely-used maneuver that allows changes to the constitution on an abbreviated timeline.

But GOP Senate Majority Leader Jake Corman indicated that he’s sticking to an argument his caucus has made for years: He doesn’t think a window for retroactive lawsuits is legal without amending the state constitution. The contention has been a sticking point in previous negotiations:

“We maintained the only way to ensure justice was amending the Constitution,” he said in a post to Twitter. “The opportunity to achieve this was in sight as we were poised to pass the amendment for the 2nd time. Survivors will now be revictimized by having to wait 2 more years due to this incompetence.”

In one of the most fraught periods of legislative negotiations on the abuse bill, Senate Republicans had indicated they’d be willing to pass a retroactivity window as simple legislation, but only if institutions like the Catholic Church were exempt. The position infuriated Democrats, abuse survivors and other advocates, and the caucus quickly abandoned it.

For Michael McDonnell, the abuse survivor who volunteers helping other victims, the prospect of yet another legislative battle is draining and demoralizing. But he added, if and when talks start up again, advocates will be right back in Harrisburg, pressuring lawmakers just as they have for more than a decade.