The county opted out of state-funded paid postage

(New Bloomfield) — A voting rights group is raising alarms after Perry County sent out at least 7,000 mail-in ballots without return postage included, even though the state has said it will pay postage on those ballots.

The nonpartisan Election Protection Coalition flagged complaints from voters who received them.

The American Civil Liberties Union is one of the volunteer groups in the coalition. ACLU spokesman Andy Hoover said many people who requested mail-in ballots have done so to lower their risk of getting sick with COVID-19. Denying them postage undermines those efforts to stay safe.

The Wolf Administration authorized postage-paid mail-in ballot return envelopes in August as counties faced unprecedented demand for mail-in voting amid a pandemic that has sickened 187,000 Pennsylvanians and killed more than 8,500. The administration said in August it plans to use money from federal emergency coronavirus aid to foot the bill, which could run to several million dollars. 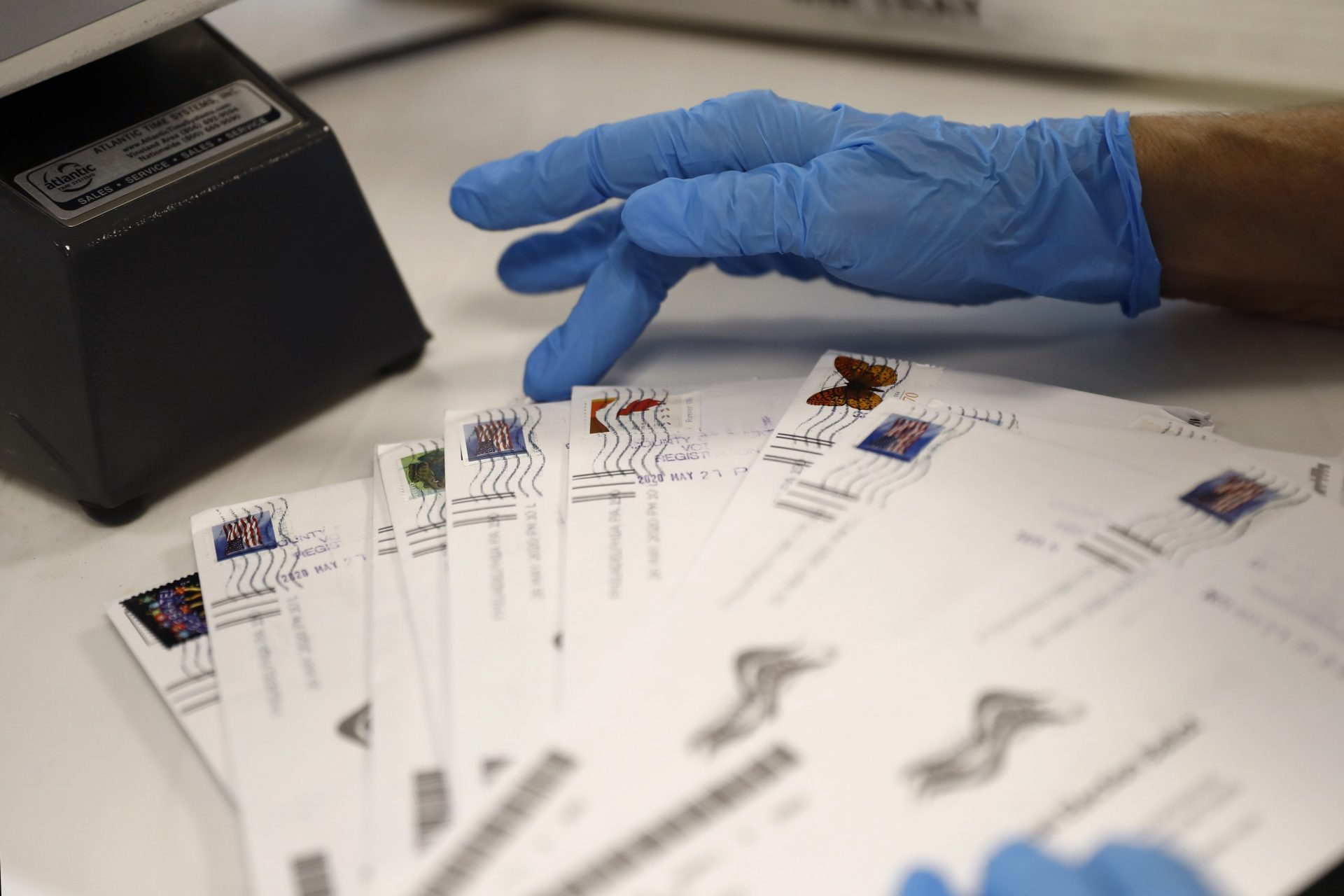 A worker processes mail-in ballots at the Bucks County Board of Elections office prior to the primary election, Wednesday, May 27, in Doylestown, Pa.

“I don’t see this election as any less or any more important than any other election,” said Eby, a Republican who serves on the three-person, Republican-majority elections board.

He said prepaid postage would risk confusing people during future primaries and elections, where it likely wouldn’t be available. And adding prepaid postage for this year would also confuse people who mailed in absentee ballots in previous years and provided their own stamps.

Hoover rejected that idea. “I can’t imagine a voter getting an envelope that has prepaid postage on it and saying, ‘Wait a second. This isn’t how it was in the primary,’” Hoover said. “That doesn’t pass the smell test.”

Perry County Commissioner Brenda Watson, a Democrat, also serves on the county elections board. Like Eby, she voiced concerns about confusing future voters, and said that people should hand-deliver their ballots or acquire their own stamps.

Both mail-in voting and attitudes toward the coronavirus pandemic have become politically tinged issues. President Donald J. Trump, a Republican, has falsely called mail-in voting a “scam” on multiple occasions and has encouraged his supporters to scrutinize such ballots.

Democratic politicians and candidates have generally supported experts’ guidance to wear masks and practice social distancing., which has led some to apply for mail-in voting to avoid Election Day crowds. In Pennsylvania, where counties have sent out more than 500,000 mail-in ballots, 76 percent went to registered Democrats, while just 16 percent were sent to Republicans.

Republicans, including some state lawmakers, generally have been more willing to question experts’ guidance on mask wearing and other measures to prevent the spread of COVID-19, and are expected to vote in person on Election Day in greater numbers than Democrats. Perry County voted overwhelmingly for Trump in 2016.

Of nearly 60 other counties who responded to WITF’s inquiry for this story, just one – Forest – will send out mailed ballots without prepaid return postage. Pennsylvania Department of State spokeswoman Wanda Murren said the department was not aware of other counties that aren’t providing postage, and she was seeking more information.

DoS spokeswoman Ellen Lyon says Perry County confirmed it would accept state reimbursement for prepaid postage. It’s not yet clear why that changed, or when, because officials didn’t immediately respond to requests for comment.

The U.S. Postal Service has said it will deliver ballots that lack postage, and will bill counties that don’t provide it. Perry County Commissioner Brenda Watson said the county will accept ballots regardless of whether they have stamps.

Perry County Commissioner Gary Eby said the county has never agreed to pay for postage if the U.S. Postal Service charges the county. He balked at the idea of the government taking on more costs.

“You know, everyone’s saying that we turned down free postage,” he said. “It’s not free postage. You’re still paying for it.”