The state’s top elections official says there is no right under Pennsylvania law to watch people do things like register to vote or fill out a mail-in ballot. 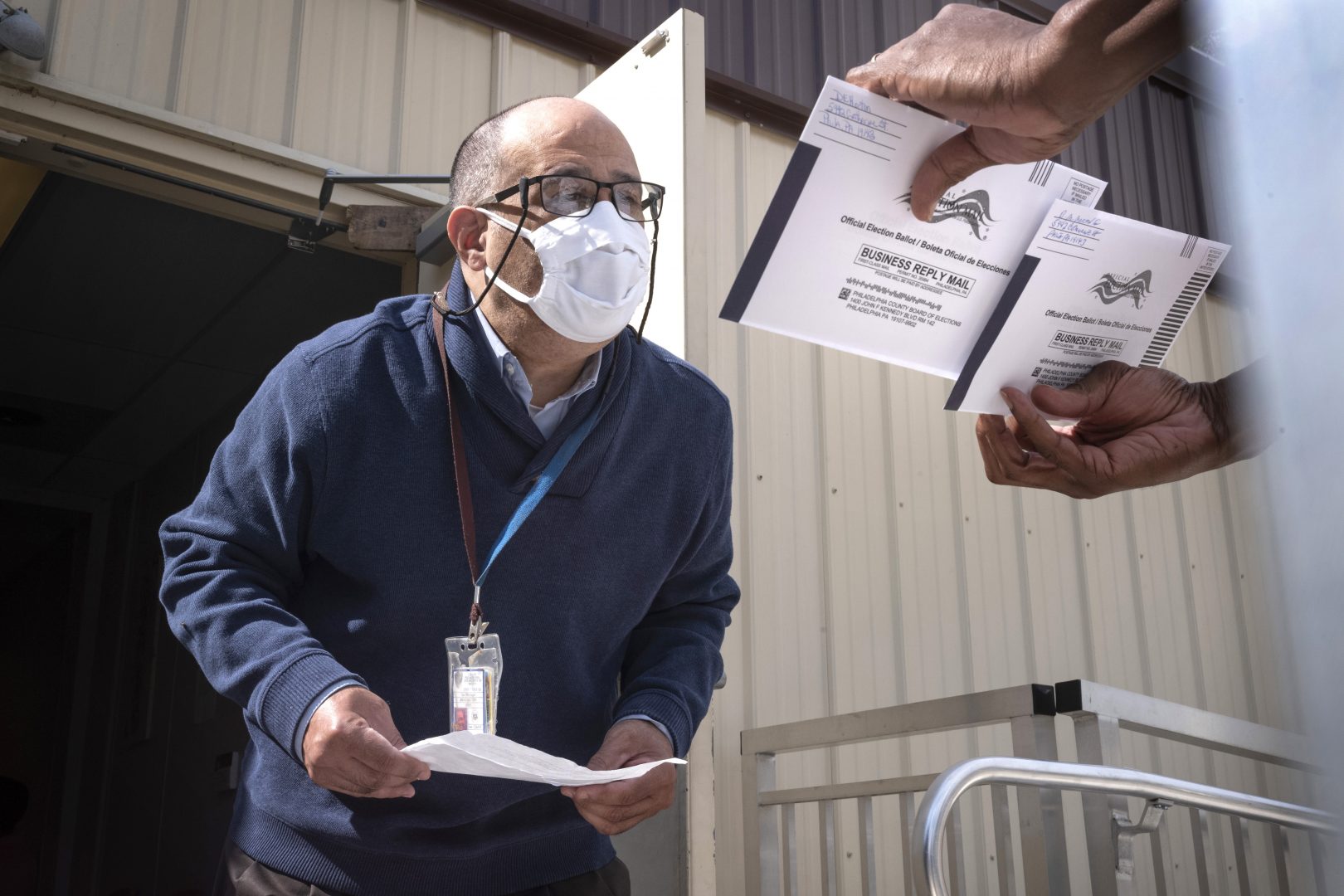 (Harrisburg) — President Donald Trump’s campaign followed through on a threat to sue Philadelphia, filing papers in court Thursday night over city officials preventing campaign representatives from watching people registering to vote or filling out mail-in ballots in election offices there.

The lawsuit comes amid Trump claiming that he can only lose the crucial battleground state of Pennsylvania if Democrats cheat and, as he did in 2016’s campaign, suggesting that the Democratic bastion of Philadelphia needs to be watched closely for election fraud.

The 14-page lawsuit, filed in a state court in Philadelphia, revolves around the question of what rights there are for campaign representatives to watch people in election offices where they can register to vote, apply for mail-in ballots, fill them out or turn them in.

The campaign is asking to be able to assign representatives to observe inside satellite election offices that Philadelphia began opening Tuesday around the city to help collect what is expected to be an avalanche of mail-in ballots in the Nov. 3 presidential election. 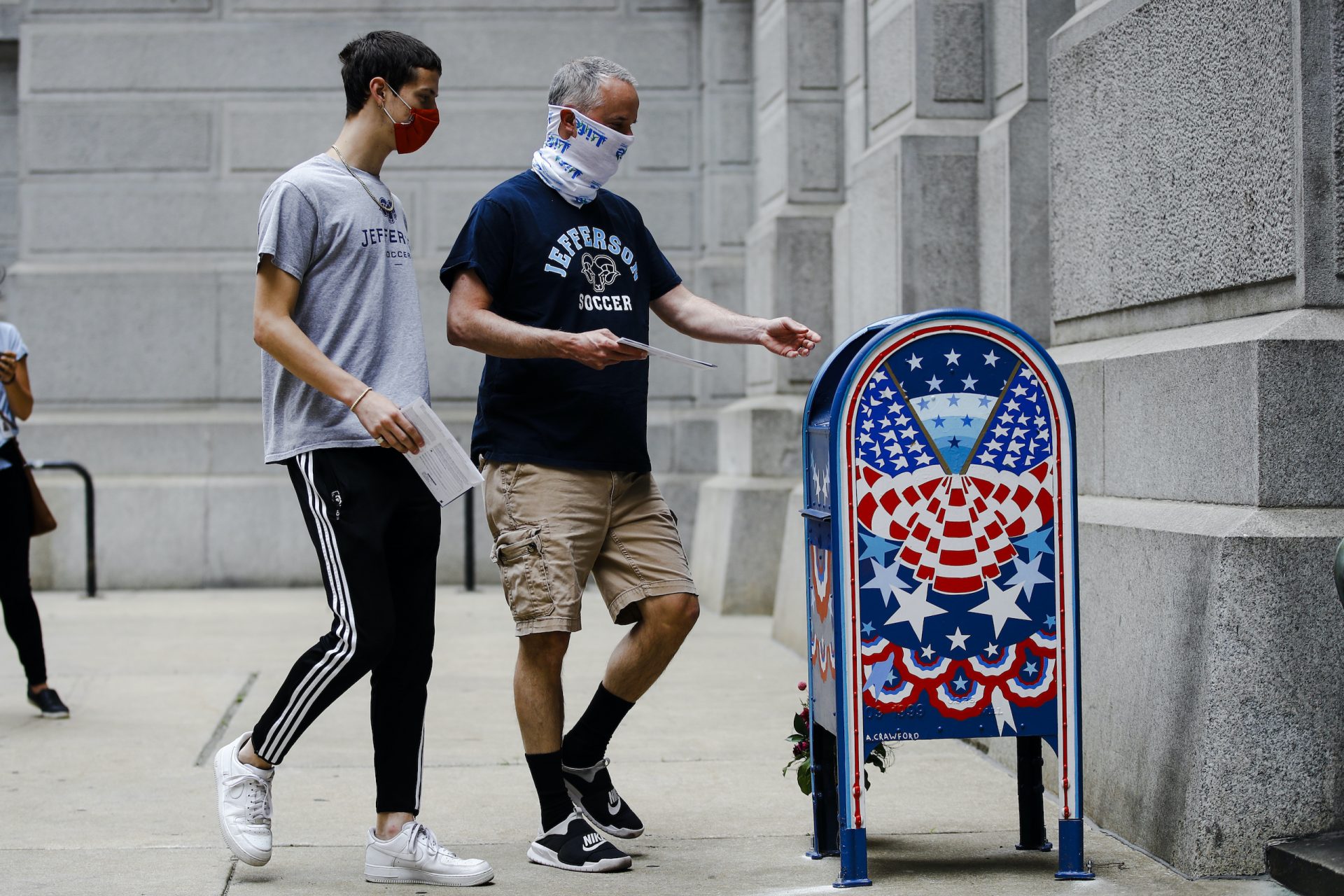 Benjamin Graff, center, and his son Jacob Graff, 19, drop off their mail-in ballots for the Pennsylvania primary election, in Philadelphia, Tuesday, June 2, 2020.mail in

But election lawyers, city officials and the state’s top elections official all say that there is no right under Pennsylvania law, even for a certified poll watcher, to watch people do things like register to vote or fill out a mail-in ballot.

Those rights, they say, are limited to certified campaign representatives to observe voting at a polling place on Election Day or the opening of absentee and mail-in ballots in an election office.

A spokesperson for the city’s election board chairwoman said Thursday night that he had not reviewed the lawsuit, but the board generally does not comment on litigation. The Trump campaign originally threatened to sue Tuesday night.

Some recent Pennsylvania polls show Trump and Biden in a competitive race, while others have Biden slightly ahead.

Philadelphia on Tuesday opened the first seven of what is expected to be 17 satellite election offices. The offices are a new creation, deemed to be legal under state law last month by the state Supreme Court in a lawsuit brought by the state Democratic Party.

Trump campaign employees promptly showed up, insisting they be allowed to go in and observe the activity inside. However, city election officials — including a Republican member of a three-member city election board — prevented them, although they offered the campaign a tour of the facilities to let them see how they operate.

The fight could widen. A number of counties, including the state’s most heavily populated counties, are opening satellite election offices and putting out drop boxes for voters to drop off mail-in ballots.

Philadelphia is home to one in five registered Democratic voters in Pennsylvania, and its turnout is closely watched in presidential elections.

In 2016, Trump won Pennsylvania by about 44,000 votes, or less than 1 percentage point. But he lost Philadelphia to Democrat Hillary Clinton by 67 percentage points, or about 475,000 votes, a gap that was slightly smaller than the historic margins produced for Barack Obama.

It is at least the second lawsuit filed in Pennsylvania by the Trump campaign, in an effort to expand poll watching rights and limit how counties can collect mail-in ballots and which mail-in ballots can be counted.