Workers at a frack site in Harford Township, Pa. Under new EPA rules, gas drillers will have to step up their measurements and reporting of methane leaks.

The White House took the event to Pittsburgh, home to the headquarters of many companies exploring the Marcellus Shale.

(Harrisburg) — President Donald Trump’s administration is expected to undo Obama-era rules designed to limit greenhouse gas emissions from oil and gas fields and pipelines, formalizing the changes Thursday in the heart of the nation’s most prolific natural gas reservoir and in the premier presidential battleground state of Pennsylvania.

Andrew Wheeler, administrator of the Environmental Protection Agency, is expected to sign the rollback of the 2016 methane emissions rule in Pittsburgh in an event the agency touted as an announcement on the Trump administration’s efforts to “strengthen and promote American energy.”

The precise details of the final rule remain under wraps after the EPA first proposed the rollback last year.

But states, including California, and a coalition of environmental advocacy groups warn that last year’s proposed changes would be illegal — not to mention a setback in the fight against climate change — and could quickly sue to block it.

The White House took the event to Pittsburgh, home to the headquarters of many companies exploring the Marcellus Shale, the booming natural gas reservoir that vaulted Pennsylvania to the nation’s No. 2 gas state, behind Texas.

Pennsylvania is of prime importance in November’s presidential election, and the natural gas industry is already playing a central role in TV campaign ads in the state. 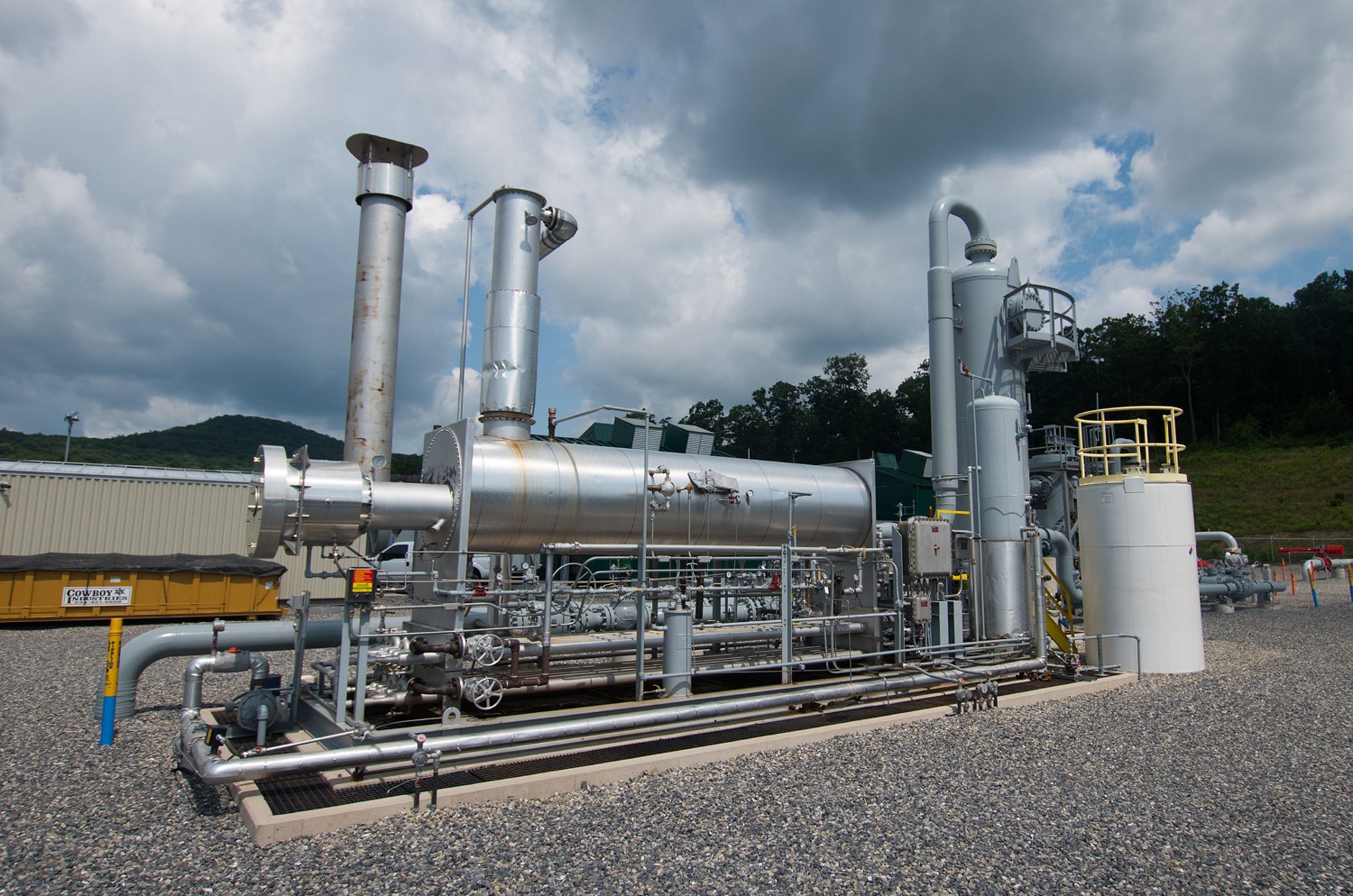 Methane leaks throughout the entire process of developing natural gas– from wells and storage sites, to processing facilities and pipelines.

Preventing methane leaks from well-site equipment and pipelines has become important for regulators because methane is a potent greenhouse gas, over 80 times more powerful than carbon dioxide in trapping heat in the atmosphere over a 20-year period, according to climate researchers.

The oil and gas industry is responsible for nearly 30% of the nation’s methane emissions, according to the EPA.

The Trump administration’s change could eliminate the requirement that companies inspect for methane leaks twice a year on all equipment installed after 2015 at well sites and downstream installations, such as pipelines, compressor stations and storage tanks.

Leaks must be fixed, and supporters of the rule say that, based on reports the companies file, they believe it is helping reduce methane emissions, despite legal ambiguities while the Trump administration tried, unsuccessfully, in other ways to eliminate or weaken methane regulations.

Companies will still have to check equipment at some well sites and processing stations for smog-forming compounds, but not equipment at downstream segments. The leaks they fix help capture methane.

But killing the methane emissions rule also blocks a legal requirement for the EPA to extend the rule to cover equipment installed before 2015, environmental advocates say.

“We’ll see them in court because this is blatantly illegal,” said David Doniger, senior strategic director of the climate and clean energy program at the Natural Resources Defense Council.

Robert Howarth, an ecology professor at Cornell University, estimated that shale oil and gas production in North America accounted for one-third of the total global increase in methane emissions over the past year.

Rolling back methane measures now is “dangerously reckless,” Howarth said. “Methane emissions are increasing rapidly, and the oil and gas industry is clearly part of the problem.” 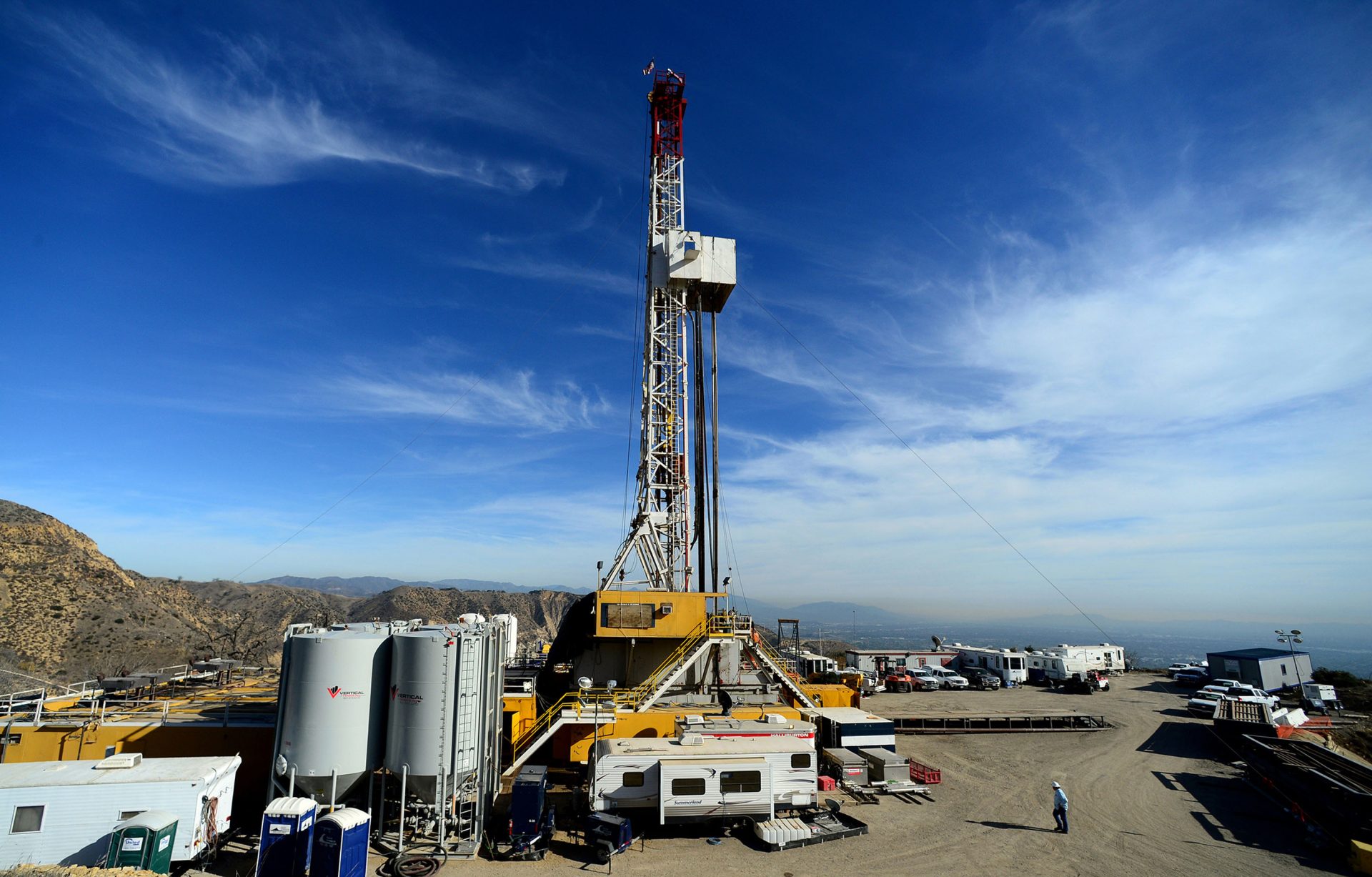 In this Dec. 9, 2015, file photo, crews work on stopping a gas leak at a relief well at the Aliso Canyon facility above the Porter Ranch area of Los Angeles.

“Our industry supports a smart, cost-effective regulatory approach that provides certainty while protecting the environment through emission controls and industry action,” said Frank Macchiarola, a senior vice president for the American Petroleum Institute.

Still, some companies opposed a rollback, noting they had made public pledges to reduce emissions and pointing out that they were already going above and beyond the rule’s requirements.

Some oil majors including BP, Shell and ExxonMobil have called on Trump to strengthen efforts to cap methane emissions instead.

But the National Oceanic and Atmospheric Administration in 2016 concluded that an overall surge in oil and gas operations during the yearslong fracking boom in formerly hard-to-drill shale deposits canceled out that reduction.

In 2016, Trump eked out a win in Pennsylvania — the first Republican presidential candidate to capture it since 1988 — by piling up support with Pennsylvania’s rural areas and working-class whites.

Since then, Trump has eagerly promoted the state’s gas industry, underscoring his focus on shoring up his base as his appointees have moved to relax pollution standards, expand extraction on federal lands, boost the export of liquefied natural gas and restrict the ability of states to block pipelines.

Meanwhile, a pro-Trump super PAC, America First Action, is running TV ads in Pennsylvania accusing the presumptive Democratic nominee, former Vice President Joe Biden, of wanting to ban “fracking,” the process that along with horizontal drilling has unlocked a torrent of natural gas across the United States in the past decade.

Biden’s campaign counters that that is flatly untrue.

Biden would ban new gas-drilling permits on public lands, pointing out that about 90% of fracking is done on private land currently.

And while Trump often ridicules the science behind increasingly urgent warnings from government agencies and others for immediate action to stave off the worst of climate damage by cutting fossil fuel emissions, Biden’s campaign said it recognizes that “climate change is an urgent problem and that all Americans have the right to clean air and clean water.”