Williamsport residents organized events to counter Saturday's demonstration leading up to the event and afterward.

(Williamsport) — About 20 neo-Nazis demonstrated for half an hour or so this afternoon in a park in Williamsport, despite city officials denying their permit application due to the coronavirus pandemic.

After a procession from the east side of the park to the bandshell at its center, National Socialist Movement commander Burt Colucci and others spoke briefly through a megaphone and then drove away, according to city Police Chief Damon Hagan.

During that time, twice as many people gathered nearby to counter the demonstration, according to bystander Brandon Guy.

“As soon as people started showing up, they took off in their vehicles,” said Guy, 36, after NSM had departed.

City police were on the scene, too, as were the FBI, Pennsylvania State Police and Lycoming County Sheriff’s and Probation departments, Hagan said. 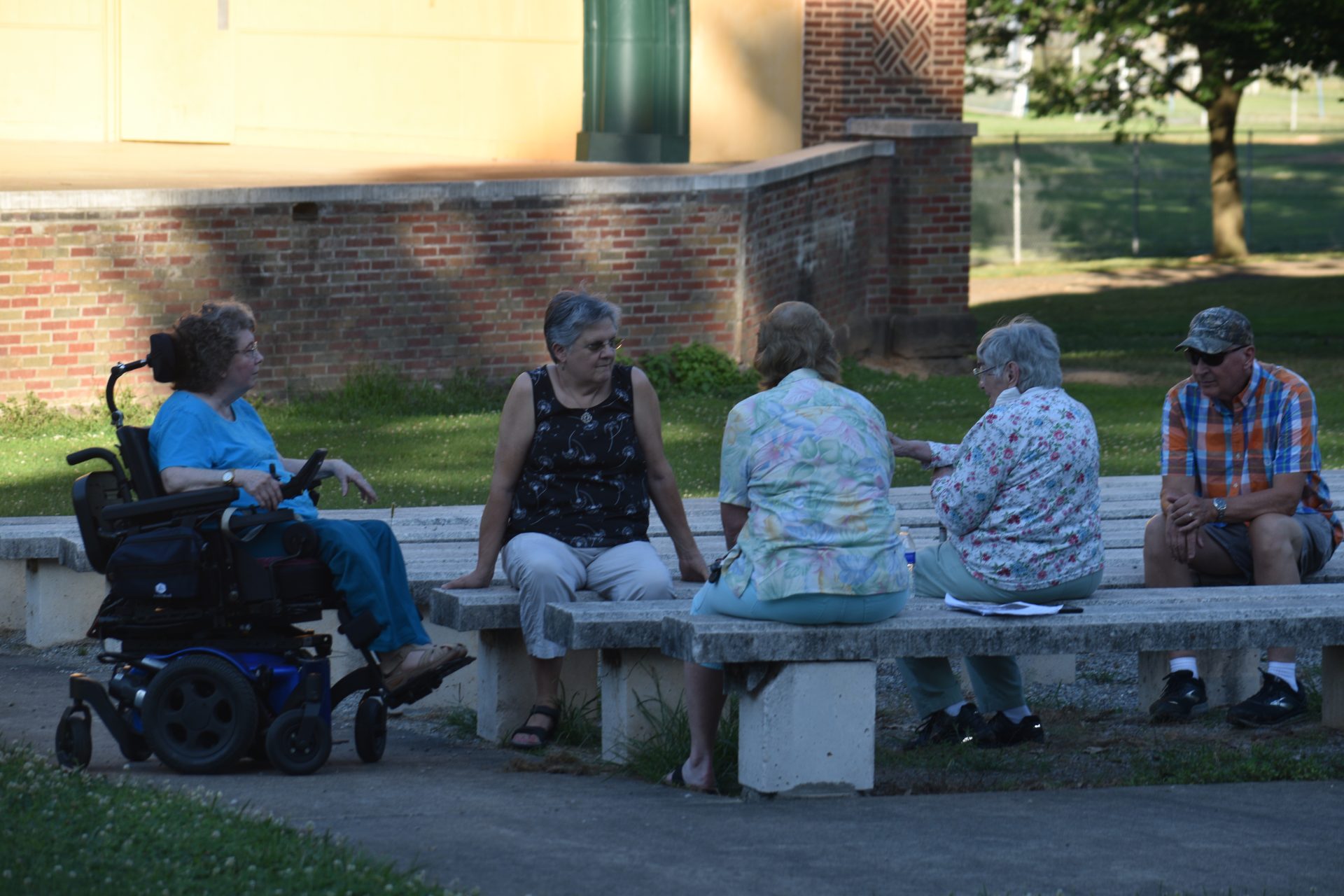 One congregation – Temple Beth Ha Sholom – hasn’t yet resumed in-person worship since moving it online due to the pandemic.

The city approved NSM’s first permit application for an event in April, which was canceled due to efforts to slow the spread of COVID-19. The group applied again a few weeks later. Mayor Derek Slaughter has said he denied the second one because the city has banned all gatherings of more than 25 people.

The group didn’t challenge Slaughter’s denial. Colucci told police and media NSM wouldn’t come to Williamsport, Hagan says, though rumors that an “unofficial” gathering would take place anyway had been circulating in advance of this weekend.

Hagan declined to comment on whether the group had planned a rally today in Erie, as reported by the Williamsport Sun Gazette.

In Williamsport, rumors prompted resident Pat Bole to organize three days of group prayer in response, even when it wasn’t clear the gathering would actually occur.

Bole and other Christians prayed in small groups throughout Thursday and Friday. They returned Sunday as well.

Also Sunday, about 80 people from Williamsport and surrounding communities including Scranton and Wilkes-Barre gathered at the park for an assembly to counter the Saturday’s demonstration. Afterward, they paired off to distribute 600 flyers to the surrounding neighborhood including a QR code for voter registration and promoting a NAACP Lycoming Tri-County event Aug. 2 planned in conjunction with area Black Lives Matter organizers If Not Us Then Who?.

Editor’s note: This post was updated to correct a typo and reflect counter demonstrations Sunday.