Police push down a street Saturday, May 30, 2020, in Philadelphia, during a protest over the death of George Floyd. 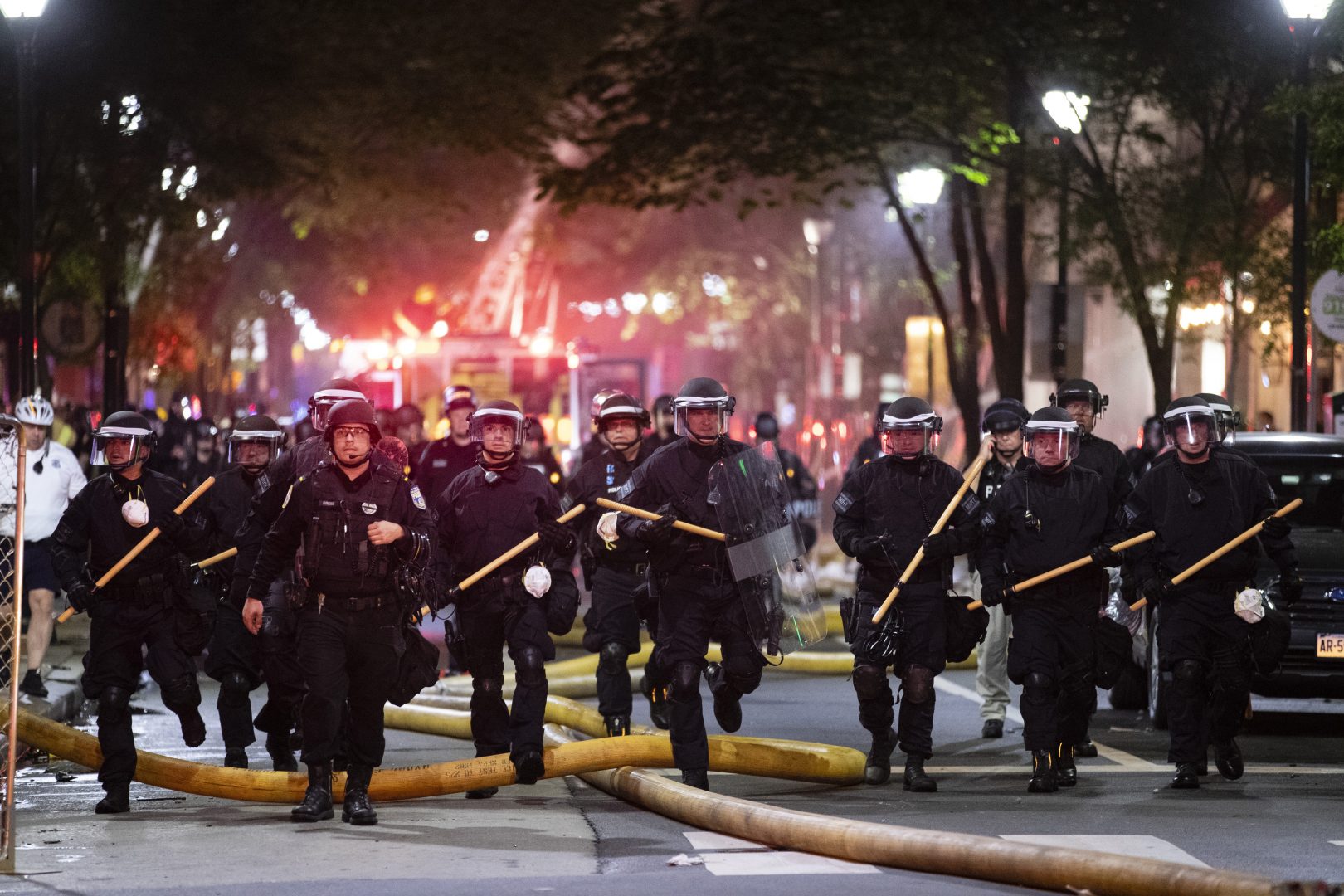 Police push down a street Saturday, May 30, 2020, in Philadelphia, during a protest over the death of George Floyd.

PHILADELPHIA — Philadelphia’s mayor on Tuesday backed off a proposed $14 million increase to the police department’s revised budget and pledged to review use-of-force polices as protesters across the country demand deep changes to policing in the wake of George Floyd’s death.
Mayor Jim Kenney’s proposals came after 14 of the city’s 17 council members signed a letter Monday objecting to the increase in funding for police and calling for the city to “recalibrate” budget priorities.
The original draft budget for next year called for a $5 million increase over fiscal year 2020 levels. After the coronavirus pandemic, the proposed increase was upped by another $14 million, drawing protests from city council members. Kenney is now calling for keeping the department’s funding even next year.
The letter said police locally and nationally face “a crisis of legitimacy” in part because they are asked “to solve problems better addressed by social workers, healthcare providers, educators, housing counselors, and others.”
“Rebalancing our budget priorities is a first step in resolving this problem,” the letter said.
Those protesting the deaths of Floyd and other black people at the hands of police have demanded changes to prevent police brutality and address what they believe is institutional racism. In many cities, they have also called for “defunding” police. Floyd died May 25 after a white Minneapolis police officer pressed a knee into his neck even as he pleaded for air and stopped moving.
Police Commissioner Danielle Outlaw said she would be reviewing the department’s use of force policies, including issuing detailed guidance on the unholstering or pointing of weapons and expanding the city’s ban on chokeholds to include sitting or kneeling on someone’s neck, face or head.
Kenney said some of the proposals have already started, and those that are under the purview of the mayor’s office or under the commissioner’s powers will likely move quickly. Others that require the city council’s approval may take longer — such as creating a permanent Civilian Review Board, which City Solicitor Marcel Pratt said he believed would be independent and include subpoena power.
Still, other changes such as an overhaul to the arbitration process with the city’s police union, would require state legislation.
Kenney’s office said other proposals would increase transparency surrounding complaints against police officers — although the changes call largely for anonymous data being released, not information on specific officers — and new staff positions “focused on misconduct, brutality, equity and other relevant issues.”
The mayor said he also wants to see changes in the contract with the police union including reestablishing residency requirements, overhauling the disciplinary code and revising the grievance procedure.
Meanwhile, a Philadelphia woman has been charged with attempted murder after police say she ran over a bicycle officer during the unrest that accompanied after the first night of protests for Floyd.
Angela Hall, 41, was charged with attempted murder of a law enforcement officer, aggravated assault, reckless endangering, evidence-tampering, fleeing an officer and other counts, according to court documents.
Officer Antonio Nieves was on his bicycle helping patrol near Center City late on May 30 when several stores were broken into, fires were started, and people began taking merchandise. Police have said Nieves chased a car after he saw someone taking items from a store and attempted to stop the vehicle leaving the scene.
Police say the driver of the car ran over Nieves to get away. The officer suffered major injuries, including broken ribs, cracked vertebrae and shoulder, neck and arm damage, police union officials have said. He remained in the hospital Tuesday, more than a week after he was run over.
Police announced late Monday that Hall had been arrested. A message seeking comment was left with the Defender Association of Philadelphia, listed in court records as representing her.
The prosecutor’s office said Hall was also charged with burglary and conspiracy after video evidence showed people carrying items out of a beauty supply store as she waited in one of three separate vehicles. She’s also accused of falsely reporting the rental car she was driving at the time as having been stolen.

Pa.'s largest counties receive almost twice as much CARES Act funding per resident as the remainder of the state