Pennsylvania counties experienced a substantial uptick in provisional ballots during the 2020 primary, an unintended consequence of the vote-by-mail surge and deadlines for mailed ballots applications and return. Election directors are concerned about implications for November's higher turnout presidential primary, given the extra time provisionals take at the polls and while counting. 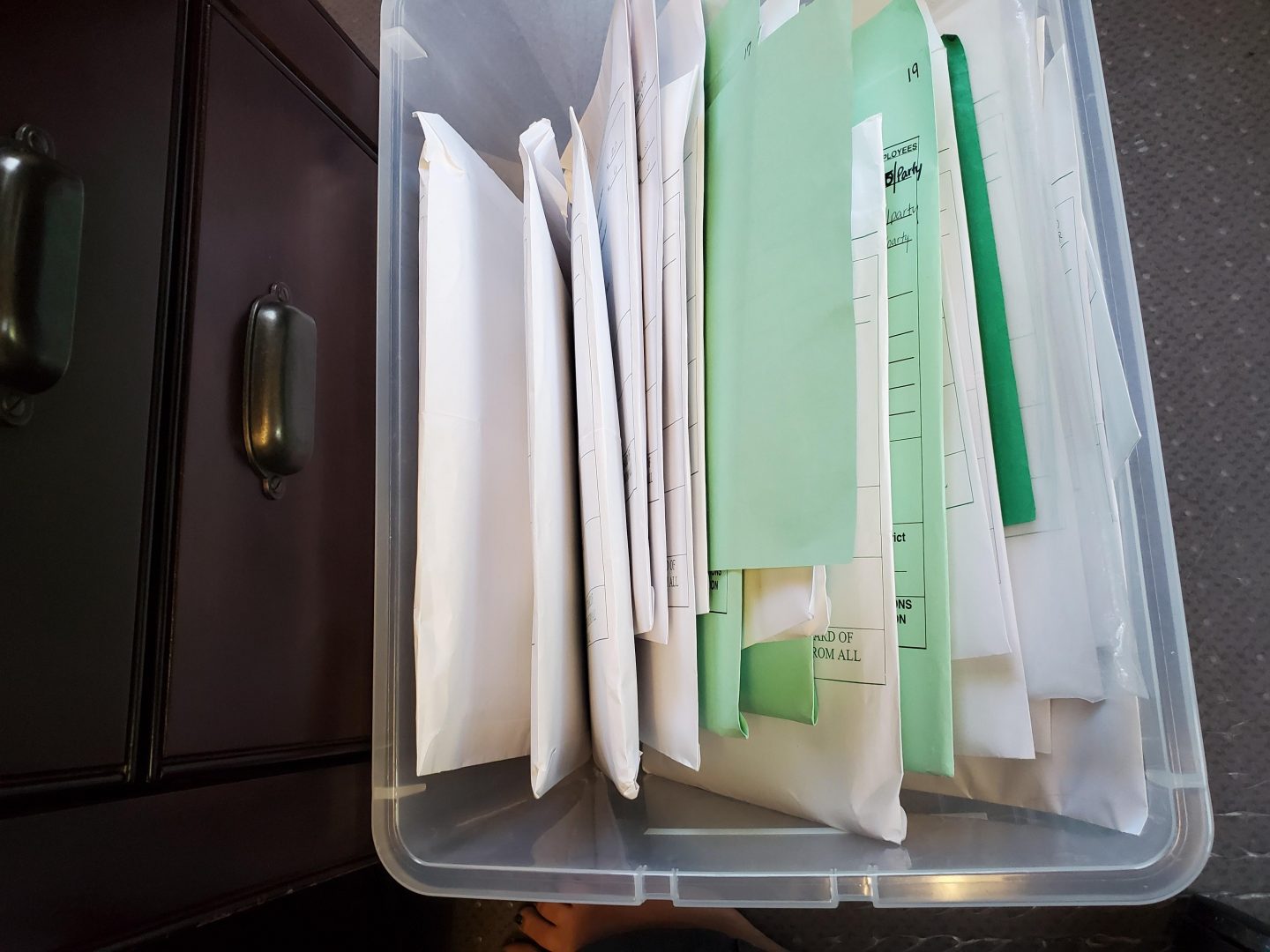 Pennsylvania counties experienced a substantial uptick in provisional ballots during the 2020 primary, an unintended consequence of the vote-by-mail surge and deadlines for mailed ballots applications and return. Election directors are concerned about implications for November's higher turnout presidential primary, given the extra time provisionals take at the polls and while counting.

Pennsylvania election officials in jurisdictions home to at least 5 million voters don’t expect to have unofficial results for the 2020 primary until the end of this week or, in some cases, next week.

And some are warning that it could take even longer to count votes this fall unless steps are taken in the interim.

A surge in vote-by-mail is the main reason why primary results will take days to compile. The state’s largest counties — Philadelphia and Allegheny — are among seven counties total that will accept mailed ballots until June 9, thanks to an extension issued by Gov. Tom Wolf on Monday.

Officials in most of those jurisdictions – where more than 300,000 ballots hadn’t yet been returned as of Wednesday – say the public shouldn’t expect full unofficial results until at least June 10.

Among the commonwealth’s other 60 counties, at least a dozen hadn’t plowed through their stack of absentee and mail-in ballots by the end of the day Wednesday, though most hoped to finish  by Friday. In all 60, ballots were due by 8 p.m. Tuesday.

Another challenge is a larger number provisional ballots cast in the primary. Election directors say that’s an unintended consequence of both the big demand for mail-in ballots and the fact that the deadline for applying was just seven days before the election night return deadline.

If people who’ve requested a mail-in ballot don’t receive it before Election Day, they can cast a provisional one at the polls. A provisional ballot also is an option for voters who are concerned that the ballot they’ve already sent back won’t make it on time. The overwhelming majority of election directors who spoke with PA Post indicated a significant increase in provisionals as voters received their mail-in ballots last minute or not at all as counties struggled to turn around the deluge of applications.

And county elections officials predict a serious problem at the polls in November if the state legislature doesn’t change the election code.

“Things might have gone smoothly yesterday, but turnout was exceedingly low,” said Lycoming County elections director Forest Lehman. “In a sense it masked the severity of what it could’ve been.”

Provisional ballots create two problems on top of that. First, they take more time to process, as election officials must check thoroughly to confirm the vote is legitimate.

More consequentially, casting a provisional ballot takes more time because poll workers often place a phone call to check records at the main office. Voters also have to fill out a different ballot and envelope by hand, Lehman said.

Typically, provisional ballots are cast relatively infrequently, mainly to address outdated registration. But if county elections offices are overwhelmed again this fall by requests for mail-in ballots, the sort of delivery delays experienced by voters in the primary could result in many more provisional ballots, which could mean even longer lines and heightened potential for disenfranchisement.

“We’re seeing warning signs in provisional voting and other things giving us pause and we need to apply it to November,” Lehamn said.

Since last fall, Lehman and other election directors have been urging the legislature to give them more time to start processing ballots before Election Day (currently, they have to wait until polls open). Along with many voting advocacy groups, local election officials also want more time between the deadline for voters to apply for a mailed ballot and when it’s due, or a more distinct shift to vote-by-mail.

Two lawsuits are pending that could change those timelines before the general election.