School buses are parked at a depot Thursday, April 9, 2020, in Zelienople, Pa. Pennsylvania Gov. Tom Wolf said Thursday that schools will remain shuttered for the rest of the academic year because of the coronavirus pandemic.

Pa. clears schools to reopen for 2020-21, hints at how classrooms may look

The state Department of Education's announcement does signal that the work of reopening schools has officially begun.

(Harrisburg) — Pennsylvania took its first, formal step toward reopening schools by announcing Wednesday that districts can choose to hold in-person classes as soon as July 1 — if they’re located in a county that’s ended stay-at-home restrictions.

That does not mean schools will begin again on July 1, a date that coincides with the official start of the next academic year and is, in this instance, likely symbolic. But the announcement does signal that the work of reopening schools has officially begun — along with the process of determining how in-person school can be conducted safely.

The details will largely be left to local school leaders. The Pennsylvania Department of Education released a list of “possible considerations” Wednesday that hinted at how schools may look upon its return. 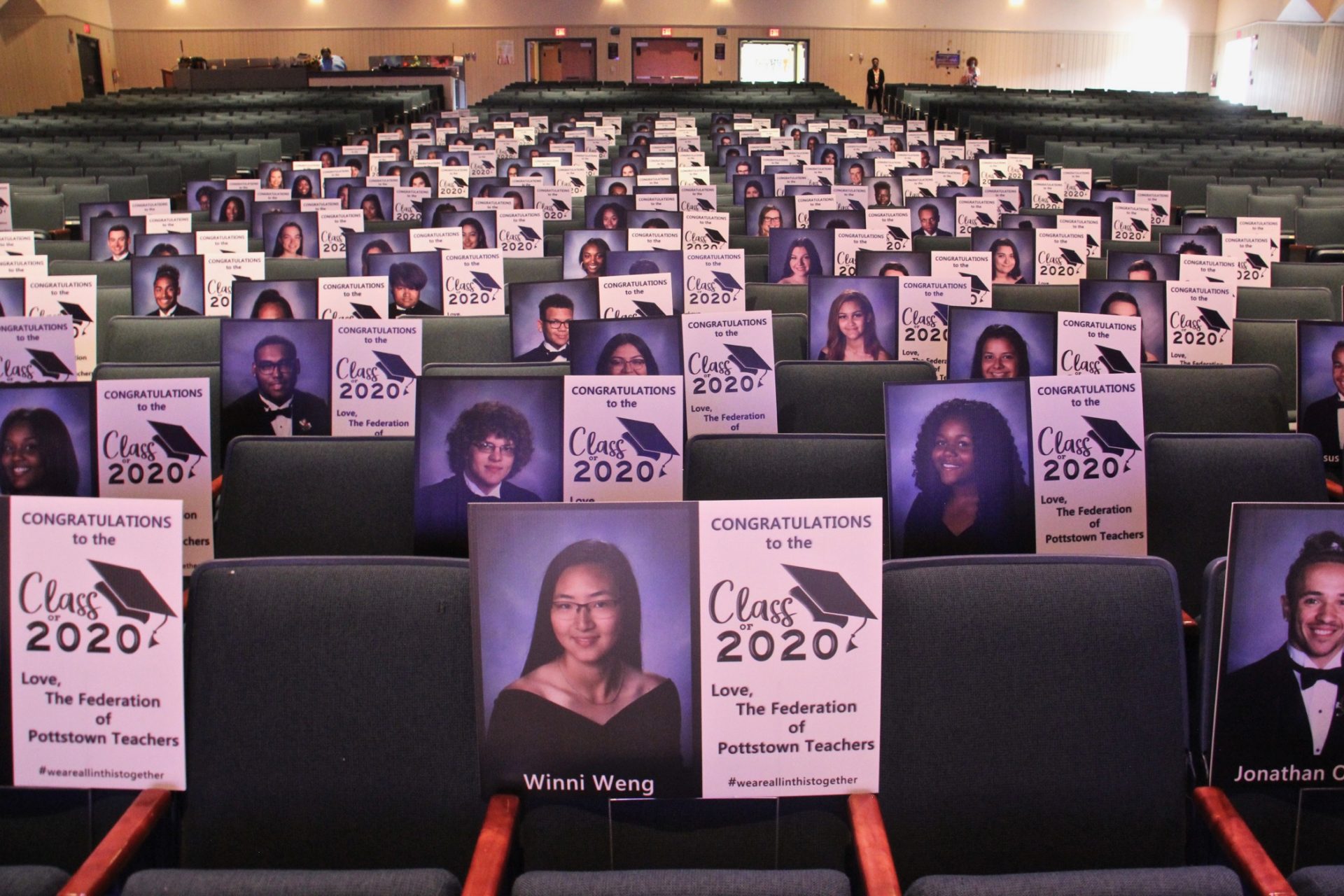 Pottstown High School seniors graduate one at a time before an audience of lawn signs representing their classmates. The ceremony will take six days.

Among the considerations are:

— Isolation rooms for anyone with COVID-19 symptoms

— Masks or face shields for adults

— Frequent cleaning and disinfection of surfaces

— Classes in gyms or auditoriums

Districts and charter schools will be asked to submit a formal reopening plan that has to meet relatively broad requirements. Schools will have to appoint a pandemic coordinator, establish guidelines for quarantine and isolation, create a policy around mask usage, post signs about hygiene, and create a process for changing their transportation schedules.

Schools will also have to devise ways to provide six feet of space among all students and staff “to the maximum extent feasible” and create a plan “for restricting the use of cafeterias.”

“Schools can then personalize those expectations to meet the needs of their classrooms,” said Secretary of Education Pedro Rivera in a press call.

“Ultimately [each] school board and … administrative team — in consultation with their community members — are in the best place to create a plan that focuses on the needs of their families and their communities,” he added. 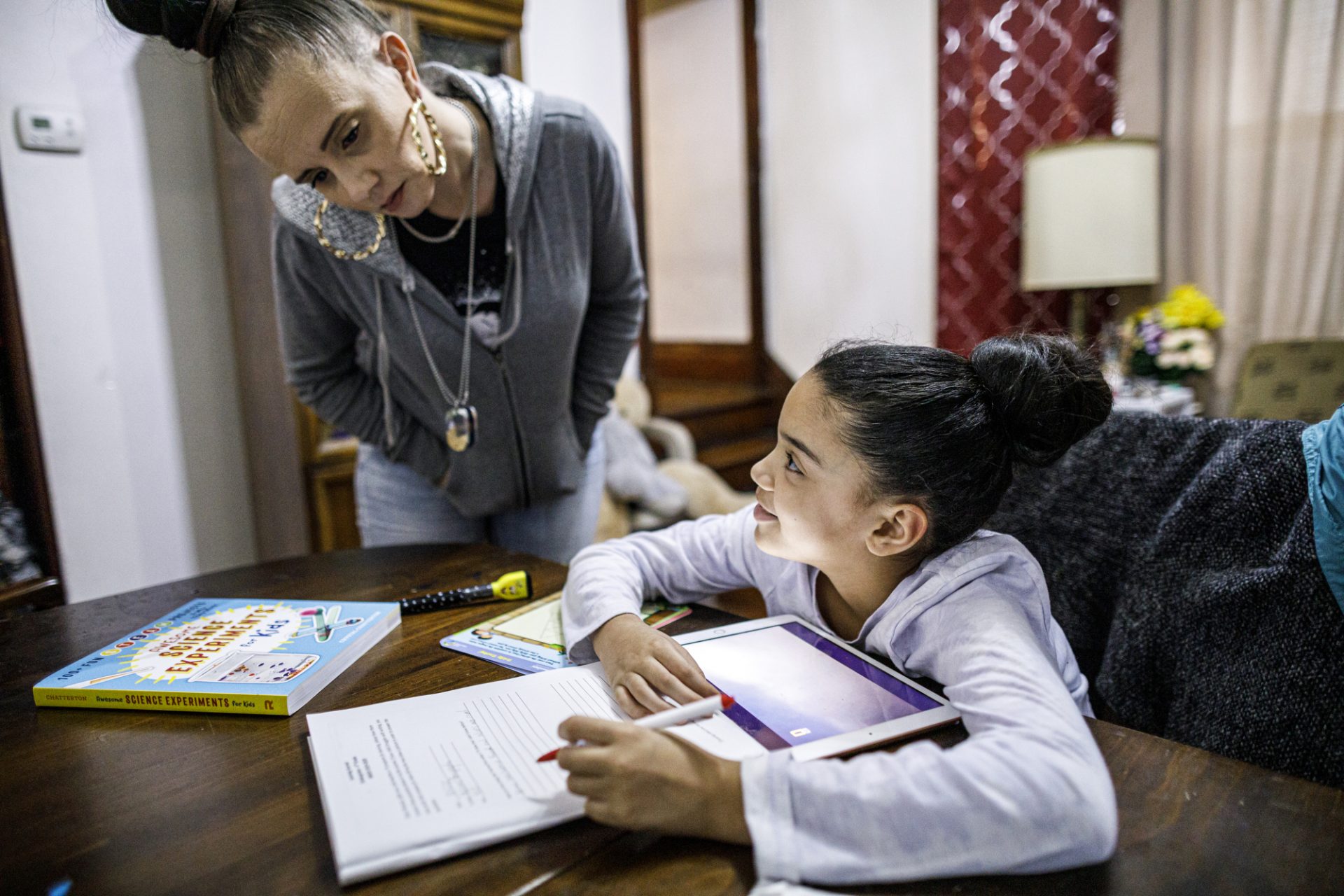 Bethany Waiwada’s children are in the Harrisburg School District. Ja’Myea Adams, in fourth grade, uses a personal iPad with her school work. May 5, 2020. Dan Gleiter | dgleiter@pennlive.com

The department said it will release more specific guidance, however, in the coming weeks.

Although the July 1 date was set for bureaucratic reasons, Secretary of Education Pedro Rivera said he does expect some schools to return earlier than normal.

“What I’m hearing already from district leaders is that … they’re looking at definitely a different calendar for the start of the school year,” said Rivera. “I think many school districts — if not most school districts across the commonwealth — are going to look at a different schedule than they historically had.”

Some epidemiologists have proposed a change to the school calendar that would allow for some sort of extended break in the late fall or winter — when some scientists expect a resurgence of the coronavirus. Temple University, for instance, announced this week it would host in-person classes in the fall, but end live classes at Thanksgiving break.

Rivera also mentioned that he’d like to still have the flexibility to grant waivers to school districts that aren’t able to hold the required 180 days of school next year. Rivera granted those waivers this year, and believes that kind of flexibility may still be necessary — depending on how the pandemic evolves.

Some Republican leaders have been reluctant to grant that kind of latitude, but Rivera said he’s had some productive conversations recently on the topic.

“I’m hopeful,” he told the press. “At start, we had not yet seen a signal that they were going to provide that mandate relief. But there has been conversation around providing that.”

The department also released guidance Wednesday for higher-education institutions and adult-education programs in the state — and gave them clearance to reopen as soon as July 5.

Already, a split has emerged among colleges and universities about plans for the fall. Unlike Temple, the Community College of Philadelphia will begin the fall semester online.