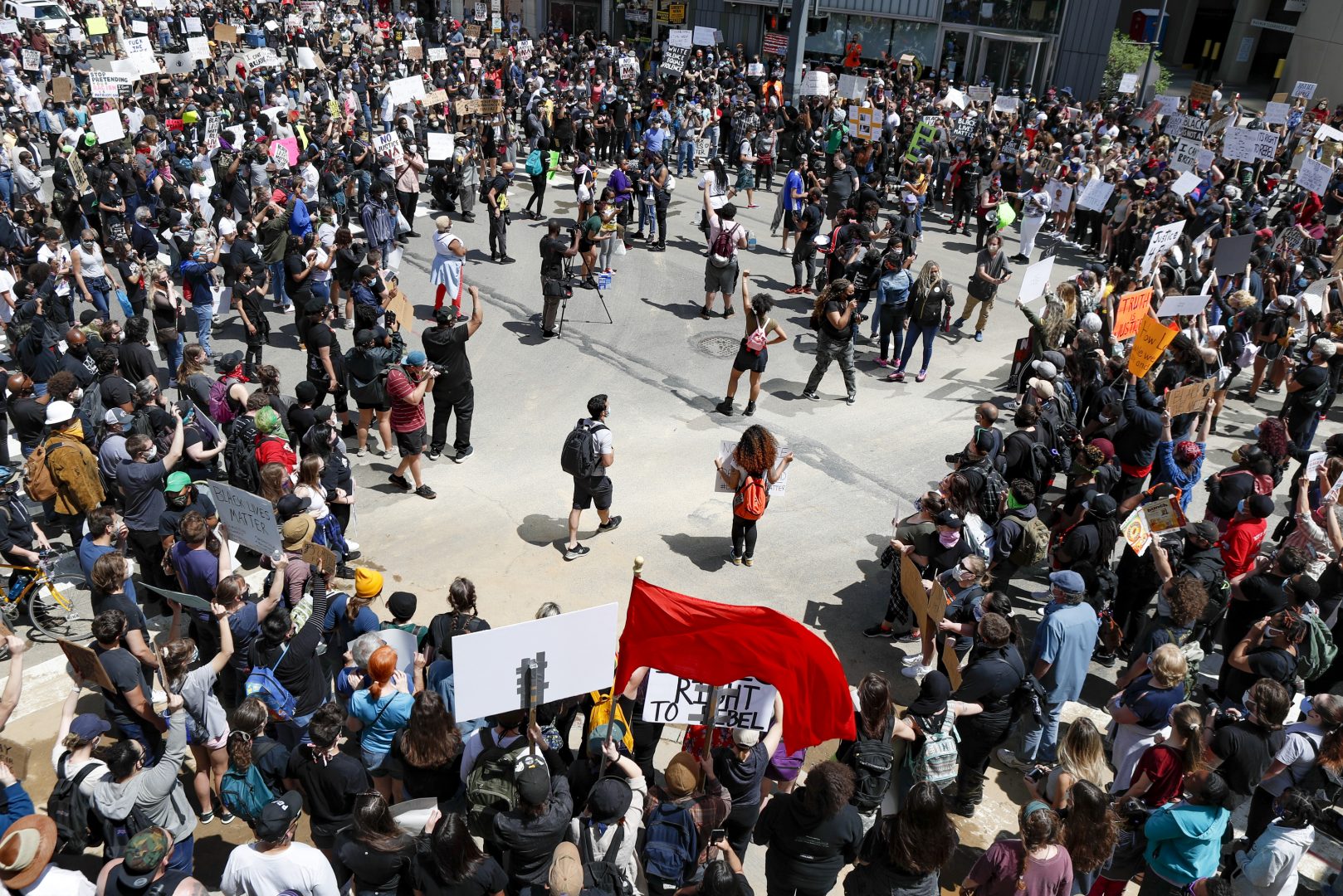 Following a rash of social media videos and media stories examining how and why Pittsburgh police broke up a protest in East Liberty on Monday, Pittsburgh Mayor Bill Peduto has said he’s requesting investigations by the Citizen Police Review Board and the Office of Municipal Investigations.

“For the past 36 hours, I have studied best practices of less lethal crowd dispersion, I have read countless comments on social media and viewed first-hand video, photographs and accounts,” Peduto wrote in a statement. “The Public Safety Director provided me with the written official transcripts of all Command operations during that day and I have talked with every person in the Command rank who was on the ground or in the Command Center. Without question, there is a difference of opinion about what happened that day and the appropriateness of the actions of the Pittsburgh Bureau of Police.”

The Monday protest was held to protest police brutality following the death of a black Minneapolis man, George Floyd, at the hands of police. Public safety officials said that they used crowd-control equipment because as the march broke up, a “splinter group” had started to vandalize storefronts and throw rocks and bottles at officers. But protesters dispute that account, saying police fired rubber bullets at them first.

That same night, Peduto said he would be reviewing trancripts of the event, but would be unable to release them publicly due to “critical information on the operation side” as well as a contract with the police union. As WESA reported earlier Wednesday, the police union said it had no basis for objecting to that release, and multiple experts contacted by WESA said that the city could release the documents.

In a letter to the independent Citizens Police Review Board, Peduto requested that the group “perform a review of City actions” with the American Civil Liberties Union, the NAACP Pittsburgh branch, and the United States Attorney for the Western District of Pennsylvania.

Peduto’s letter to OMI asks for answers to two dozen questions related to the incident, as well as an analysis of numerous incidents that took place during the protest.

“Given the very reason these protests are occurring, and the desperate need to protect black lives, it is imperative that we are transparent and accountable in our actions,” he wrote.

A spokesperson for the U.S. Attorney’s Office, meanwhile, said late Wednesday afternoon the agency had not been contacted by the mayor’s office about the investigations.