Businesses not classified as life-sustaining were ordered to close March 19, and though the scope of that order has been revised several times, large swaths of Pennsylvania’s economy remain shuttered.

Pa. to close waiver process for businesses affected by coronavirus shutdown as calls for transparency mount

The application process closes at 5 p.m.

This story was produced as part of a joint effort among Spotlight PA, LNP Media Group, PennLive, PA Post, and WITF to cover how Pennsylvania state government is responding to the coronavirus. Sign up for Spotlight PA’s newsletter.

(Harrisburg) — The waiver process for reopening businesses that were not deemed “life-sustaining” as part of the coronavirus shutdown will end today, and pressure is mounting on Gov. Tom Wolf’s administration to release records showing who was approved or denied, and why.

Officials said Wednesday that the application process will close at 5 p.m. Friday. Businesses not classified as life-sustaining were ordered to close March 19, and though the scope of that order has been revised several times, large swaths of Pennsylvania’s economy remain shuttered.

As of Wednesday, more than 34,000 waiver requests had been submitted, according to Wolf administration officials, with about 5,600 approved and 8,100 denied. Another batch of requests were determined to be unnecessary because the businesses were already allowed to be open.

“Throughout this process, our number one priority has been to protect the health and safety of Pennsylvanians,” said Casey Smith, a spokesperson for the Department of Community and Economic Development, which is reviewing waivers. “There was no template for this; we had to develop this process from the ground up. We’re in a public health crisis the globe hasn’t experienced in a century.”

Republican lawmakers and business groups have over the past week ramped up pressure on the Wolf administration to develop a more objective and transparent process to determine which businesses can open and which ones should remain shuttered.

In a direct challenge to Wolf’s list of life-sustaining businesses, House Speaker Mike Turzai (R., Allegheny) said Thursday that a bill with nearly 100 cosponsors may be voted in committee next week to allow public and private construction activities to proceed. Companies would be required to adhere to measures set forth by the Centers for Disease Control and Prevention to protect workers and mitigate the spread of COVID-19.

In pushing the bill, Turzai cited the unprecedented spike in unemployment compensation claims since Wolf’s shutdown order went into effect. He noted that other states with stay-at-home orders have allowed exemptions for construction personnel and activities.

“Our policies are aimed to save lives from coronavirus and beat back this scourge. We also need to make sure our economy does not collapse,” Turzai said.

House Appropriations Chairman Stan Saylor (R., York) said there has been no transparency in the process, which could determine which businesses survive and which go under.

“We have asked for waivers and we have nothing back,” Saylor said.

Saylor said a home builder in his district has received a waiver to continue work while another nearby did not. He believes home construction, which is key to the economy, could safely take place with social distancing among workers.

“Who is making the decisions at DCED?” he said. “Who is qualified over at DCED to make these decisions?” 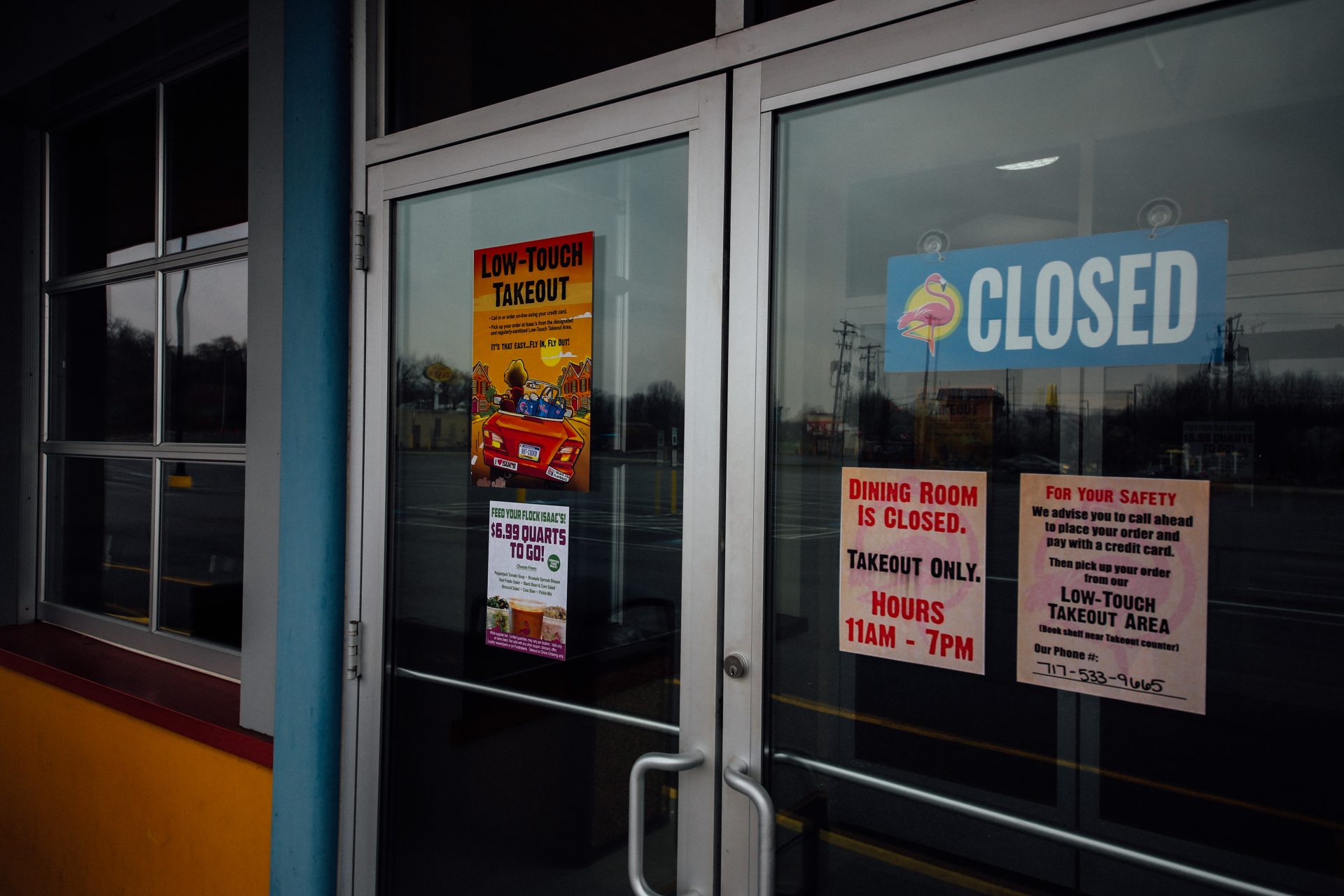 12% of Pa. workers submitted unemployment claims in second half of March

Numerous news organizations, including Spotlight PA and The Caucus, have requested copies of all waiver applications and all decisions either granting or denying exemptions. Wolf administration officials have said they will eventually make that information public, but that their immediate priority is responding to the public health crisis.

The process has sewed widespread frustration, anger, and confusion.

Examples of businesses deemed not to be “life-sustaining” include lawn and garden and furniture stores. Those considered life-sustaining, in addition to medical and law enforcement, include gas stations, grocery stores, farms, and transit systems.

While thousands of businesses have closed, Spotlight PA and the PA Post reported that a company formerly owned by Wolf and a candy company co-owned by the Senate’s top Republican, Joe Scarnati (R., Jefferson), remained open.

Scarnati’s business, The Dan Smith Candy Company, closed after the news outlets made inquiries. Candy companies do not need an exemption to continue physical operations, Lyndsay Kensinger, a spokesperson for Wolf, said in March.

Wolf Home Products, which the governor has not been involved in for at least five years, remains open, with its current CEO claiming it did not need a waiver that was granted — then revoked — by the state.

Kensinger said Wolf “was not consulted” about the candy company’s “decision to remain open or closed,” nor was the governor “directly involved in the review of the exemption request for Wolf Home Products.” She said Wolf “agrees that it should not be granted an exemption to continue operations.”

Gordon Denlinger, a former GOP member of the House who serves as state director of the National Federation of Independent Business, said the process “has been chaotic throughout.”

Denlinger said there was mass confusion when the list was released.

“Now as those problems are just being ironed out, the governor prematurely shuts down the waiver process,” he said.

In a letter to Wolf, Senate Republicans on Tuesday asked for a waiver process with input from businesses and manufacturers that “is transparent to everyone.”

100% ESSENTIAL: Spotlight PA provides its journalism at no cost to newsrooms across the state as a public good to keep our communities informed and thriving. If you value this service, please give a gift today at spotlightpa.org/donate.

Here's the first look at how the coronavirus is gutting Pa. state finances, and it's not pretty