Here’s the first look at how the coronavirus is gutting Pa. state finances, and it’s not pretty

The latest numbers are only the "tip of the iceberg,” state Revenue Secretary C. Daniel Hassell said. 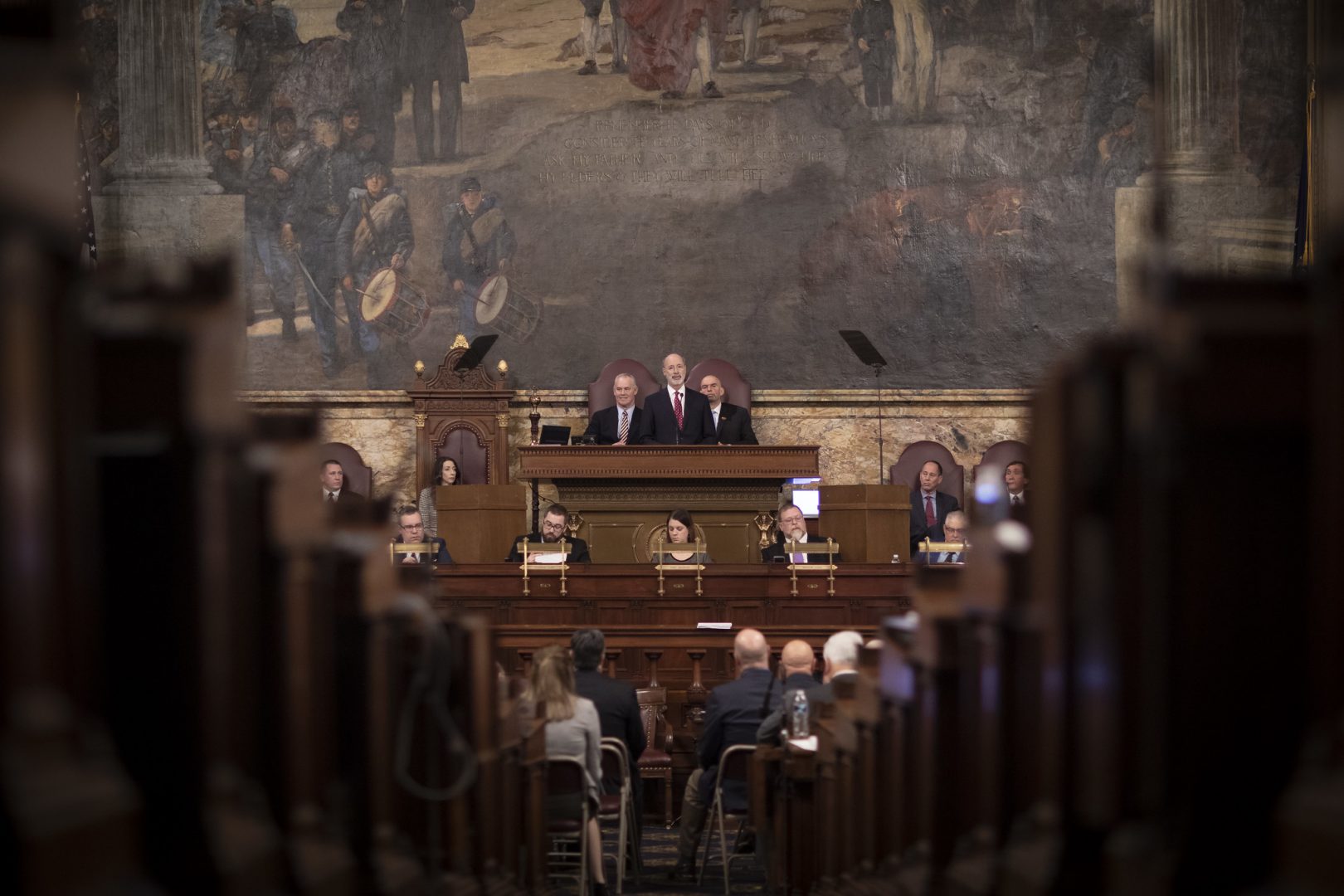 HARRISBURG — Pennsylvania tax revenues fell 6% short of official estimates in March, according to figures released Wednesday by the Department of Revenue, the first glimpse at the fiscal challenge the state will face in the coming months.

The latest numbers do not reflect the full extent of the economic damage caused by the coronavirus outbreak because of a lag in when some taxes are collected, and because Gov. Tom Wolf first began ordering businesses to close about halfway through the month.

Even so, the $295 million shortfall is enough to completely wipe out a financial cushion accumulated after months of higher-than-expected revenues.

“State revenues are beginning to fall a little, but this is really just the tip of the iceberg,” state Revenue Secretary C. Daniel Hassell said Wednesday.

Pennsylvania’s tax revenues for the current fiscal year are now 0.2% lower than estimated.

“Clearly we’re not going to hit the revenue numbers that were in the governor’s budget, and there are going to be major adjustments that have to be made,” Hassell said.

Almost every source of tax revenue that Pennsylvania relies on will be affected by the outbreak and the efforts to contain it.

On March 19, Gov. Wolf ordered all but “life-sustaining” businesses to close their physical operations, in an effort to slow the spread of the virus.

Revenues from sales and income taxes — which Pennsylvania counts on for roughly three-quarters of general fund revenues — dipped in March but will likely plunge in the coming months, as some businesses shutter permanently and thousands of workers are laid off. Already, Pennsylvanians are filing for unemployment in record numbers.

The latest sales tax figures largely reflect activity from February, so they don’t capture the full picture of the shutdown’s impact. Likewise, the state’s extension of the deadline to file personal income taxes, from April 15 to July 15 in line with the IRS, means the hit to those revenues won’t be clear until the summer.

The extended deadline also creates a cash flow problem for the state. Roughly $2.1 billion in personal income taxes was expected to flow into the state’s coffers in April, May, and June; now, most of that will not be collected until July.

“No one should be predicting a rosy future in terms of the state’s finances,” said Sen. Vincent Hughes (D-Philadelphia), the minority chair of the appropriations committee.

By April, when a clearer picture of the impact on state revenues emerges, “it’s going to be pretty stark,” Hughes said.

Before the coronavirus, revenues had been coming in higher than projected. General fund revenues through the end of February were almost $250 million above estimate.

“Things were looking good, a little stronger than we thought,” said Matthew Knittel, director of the state’s Independent Fiscal Office. “There really wasn’t a revenue source that was weak.”

The abrupt turnaround in March is enough to wipe out that surplus altogether, dragging tax revenues for the fiscal year to date just below official estimates.

The bulk of the March shortfall comes from lower-than-expected corporate taxes, which fell almost 7% below estimate as businesses likely reduced their estimated payments, anticipating a tough year ahead.

With no clear answers about how long the outbreak will last, or when businesses will be able to reopen, Pennsylvania is trying to cut back on spending. Gov. Wolf has ordered a hiring freeze and general purchasing ban for state agencies and, last Friday, laid off roughly 2,500 part-time and seasonal state workers.

Spotlight PA receives funding from nonprofit institutions and readers like you who are committed to investigative journalism that gets results. Give a gift today at spotlightpa.org/donate.