Closed signs are on the front door of Isaac's Restaurant in Hummelstown. April 1, 2020.

12 percent of Pa. workers submitted unemployment claims in second half of March 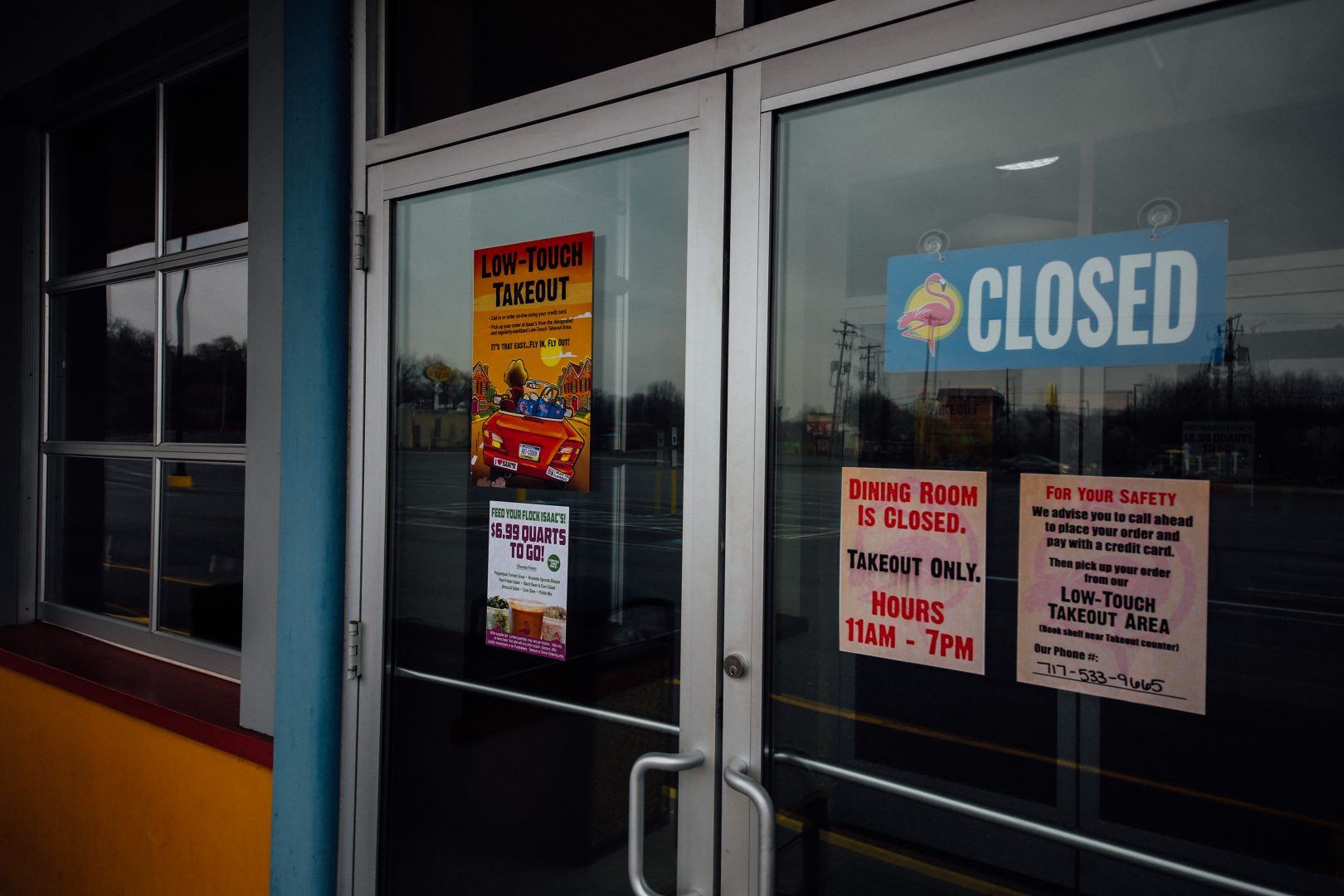 Closed signs are on the front door of Isaac's Restaurant in Hummelstown. April 1, 2020.

Twelve percent of Pennsylvania’s workforce — the highest of any state nationally — filed for unemployment in the second half of March, as Gov. Tom Wolf and other officials ordered businesses to close and residents to comply with stay-at-home orders and social distancing directives.

More than a million claims were filed in California during the March 15-28 period, the highest number of any state. That’s equivalent to 6 percent of the Golden State’s workforce, according to our analysis of DOL data.

The deluge has continued in Pa.: state officials estimate the total number reached one million this week, according to Gov. Tom Wolf’s statements during a public update yesterday.

And so many Pennsylvanians attempted to file Monday that the state’s computer system was overwhelmed multiple times.

Other states experienced crashes earlier on, which could have delayed claims reporting — though it’s unclear to what extent at this point.

Several factors are behind Pennsylvania’s severe crush of claims, including its filing system, union presence and the way unemployment insurance is funded here.

Data isn’t yet available on which sectors have been hardest hit.

Related: Why is Pennsylvania leading the nation in unemployment claims?

Pa.’s closure of its liquor stores sends ‘tsunami’ of business across state lines