Celtic rock for all seasons.

What are ogham stones?

“What they are are those very large, monolithic standing-stones that are all over southern Ireland and Wales,” explains singer John Flavin. “They used these huge stones as markers for places, historic events, to let people know what happened here or where they were going. So these huge stones covered with runes are ogham stones.” 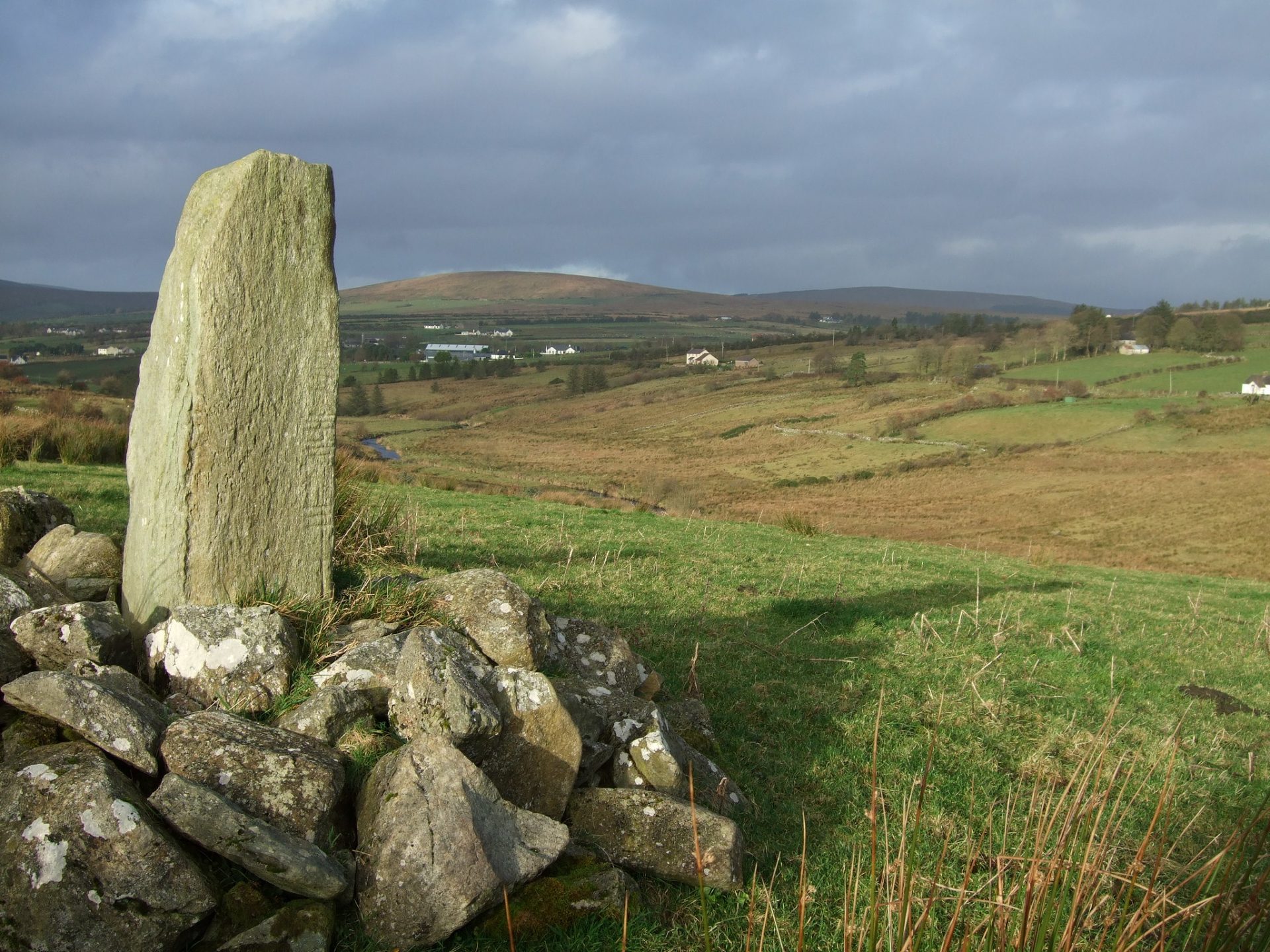 Faint marks can still be seen on this ogham stone near Greencastle in Northern Ireland.

But there are also ogham stones in Lancaster County. They’re a different variety — more fleshy, and they like to sing and play instruments, often to raucous crowds.

These stones are The Ogham Stones, a Celtic rock band who play rowdier versions of traditional tunes. The full band has seven members, but a smaller five-member group came in for the acoustic set in our studio. And while some of the songs are quite old, the topics remain relevant.

“I think a lot of the themes … are super-relevant to so many people,” says Amanda Paveglio, who plays the bagpipes, tin whistle, accordion and does backing vocals. “There are definitely a lot more songs for the 99%, working-class folks and people who feel like they’re getting the short end of the stick. Not all of our songs are like that, but I think that’s a theme that a lot of people can relate to, to some degree, now as well as they could 50 or 100 years ago.”

Celtic and punk just seem to go together. Flogging Molly. Dropkick Murphys. The Pogues. Something about the two genres seems to click for a lot of people.

“There’s a lot of anger at the English in both of them,” says Amanda. Everyone laughs. “A lot of the early punk scene grew up on the other side of the Atlantic, and there was a lot of cross-pollination, so I think they exist separately now but I don’t think they were ever completely separate.” 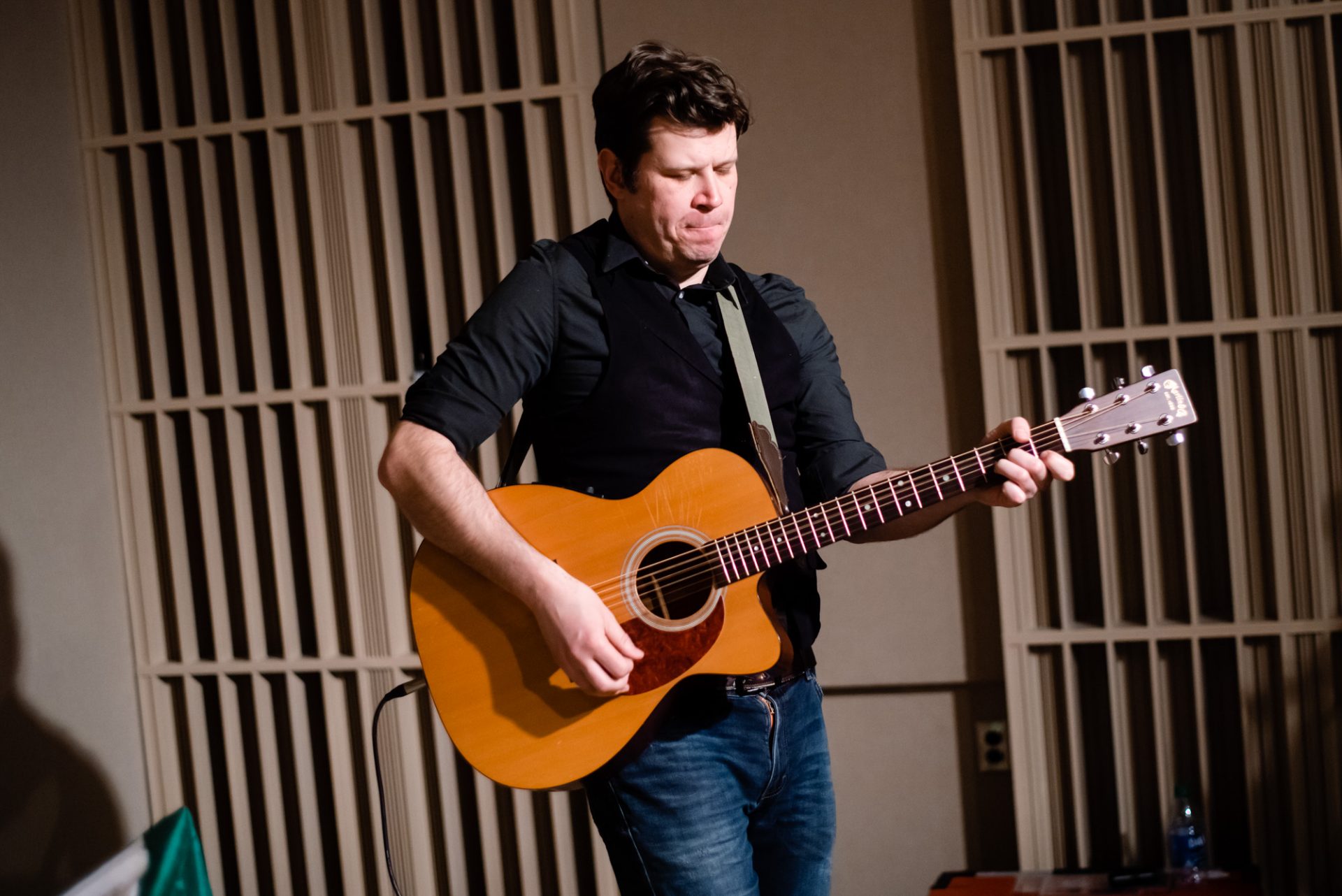 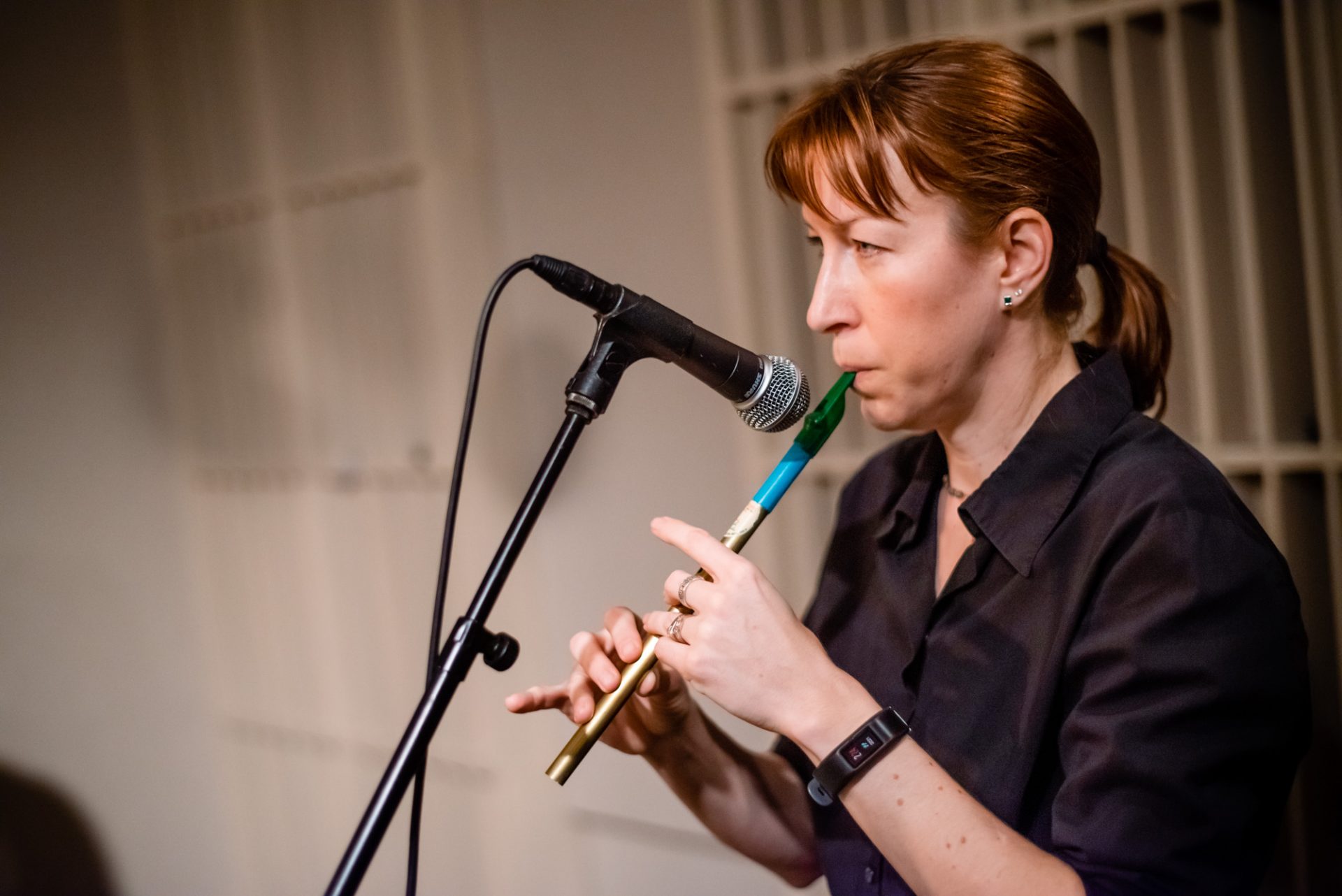 You know how you read a word often but never hear it pronounced? As I was emailing with John to schedule our session I’d repeatedly encountered the word “ogham” but never had to actually pronounce it. He gave me a quick lesson.

Through their years of playing Celtic music to largely American audiences, the band has had to protest certain assumptions and stereotypes when trying to book shows.

“It doesn’t just have to be St. Patrick’s Day,” says guitarist James Lipka.

“This is a question that comes up all the time when we’re trying to book shows: Well aren’t you guys a seasonal band? … To me it’s a little demeaning to the culture to say you’re only relevant around this kind of made-up American holiday.”

“I think if you come and see the band, it’s going to be fun whatever day it says on the calendar.”

I ask, “Is it offensive that I’m going to air this in March?”

“We still like to work!” James says with a laugh.

“Please feel free to also air it in April and June and August,” Amanda adds.

Also, John clarified that when shortening the name of the holiday, it’s “Paddy,” not “Patty.” 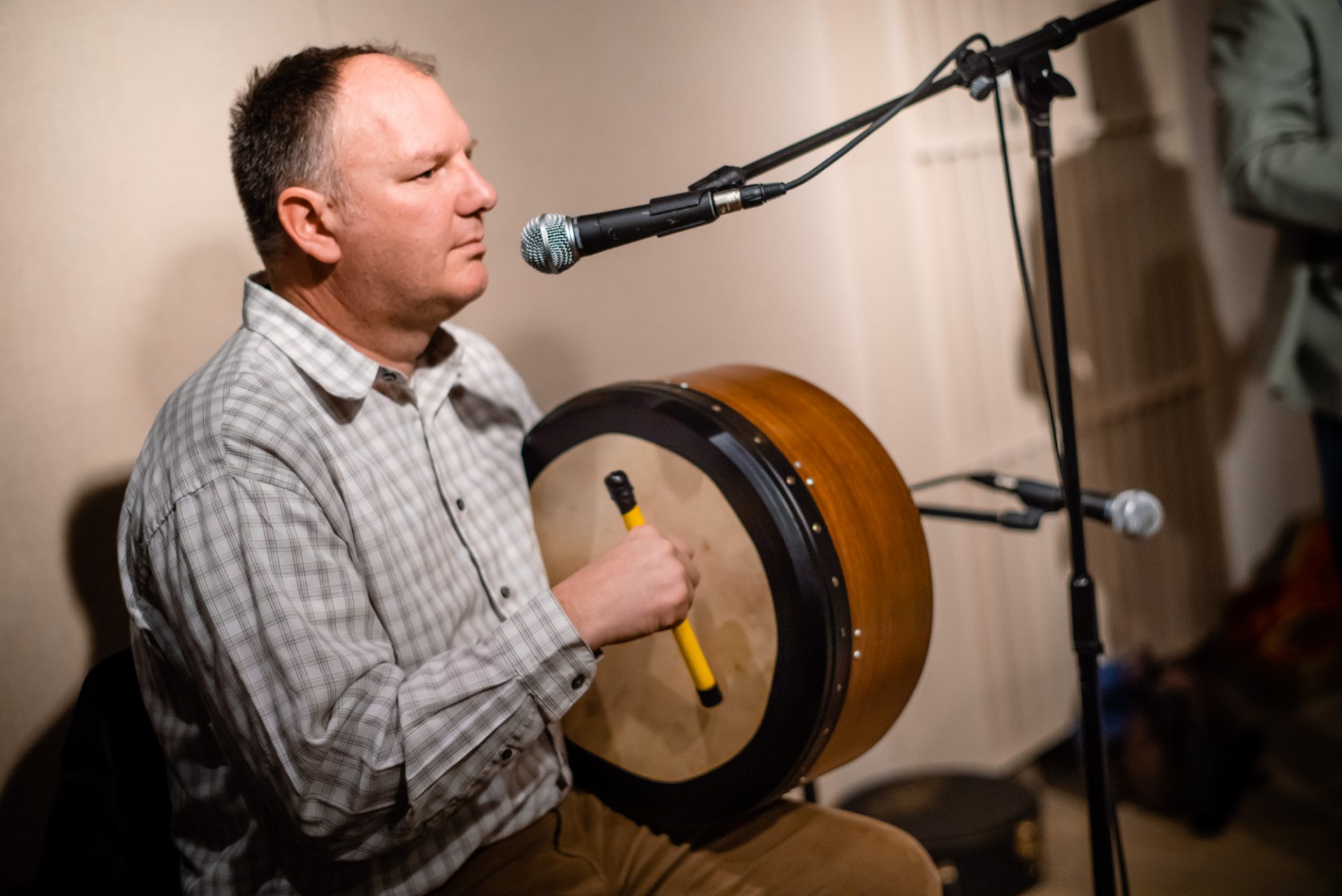 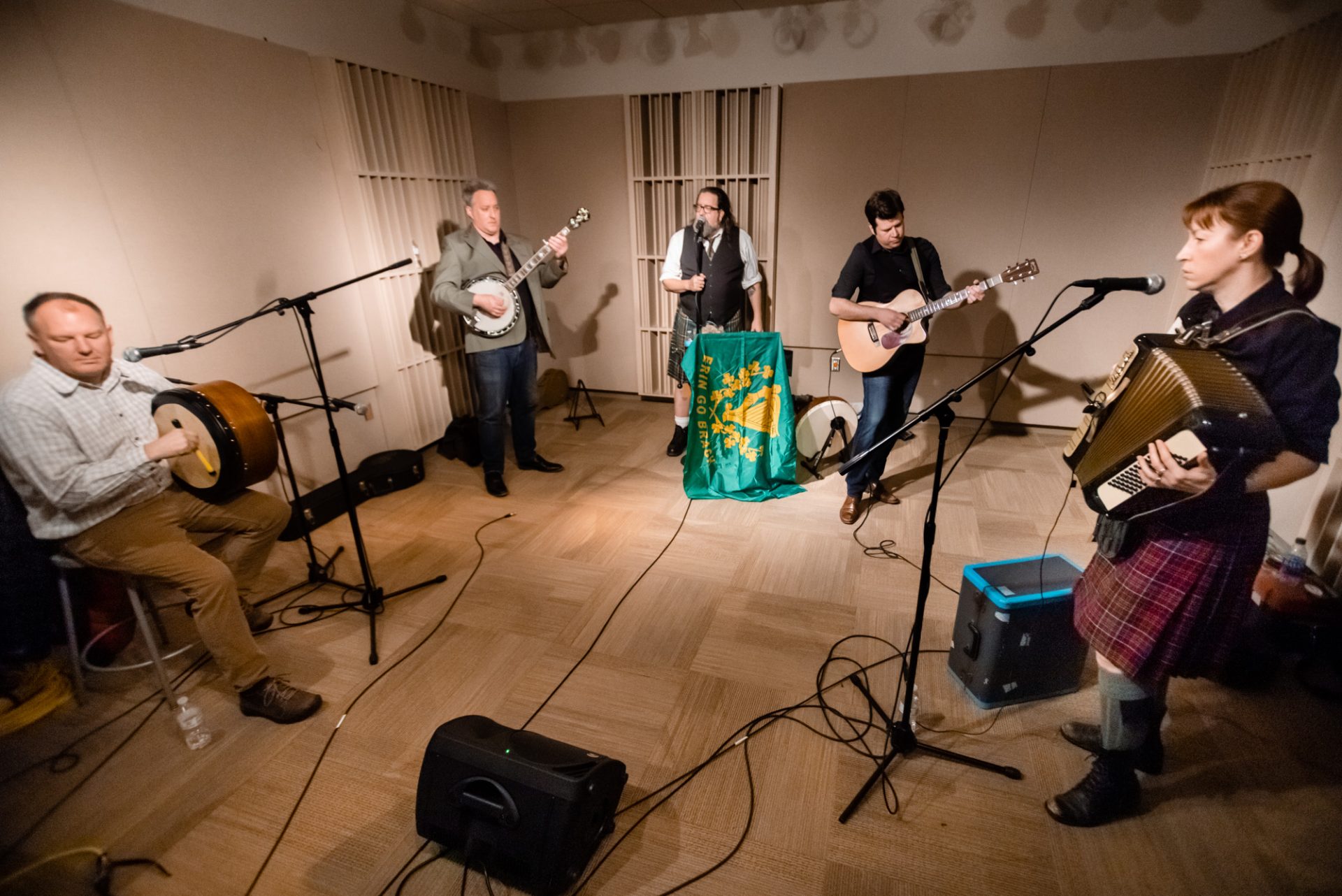 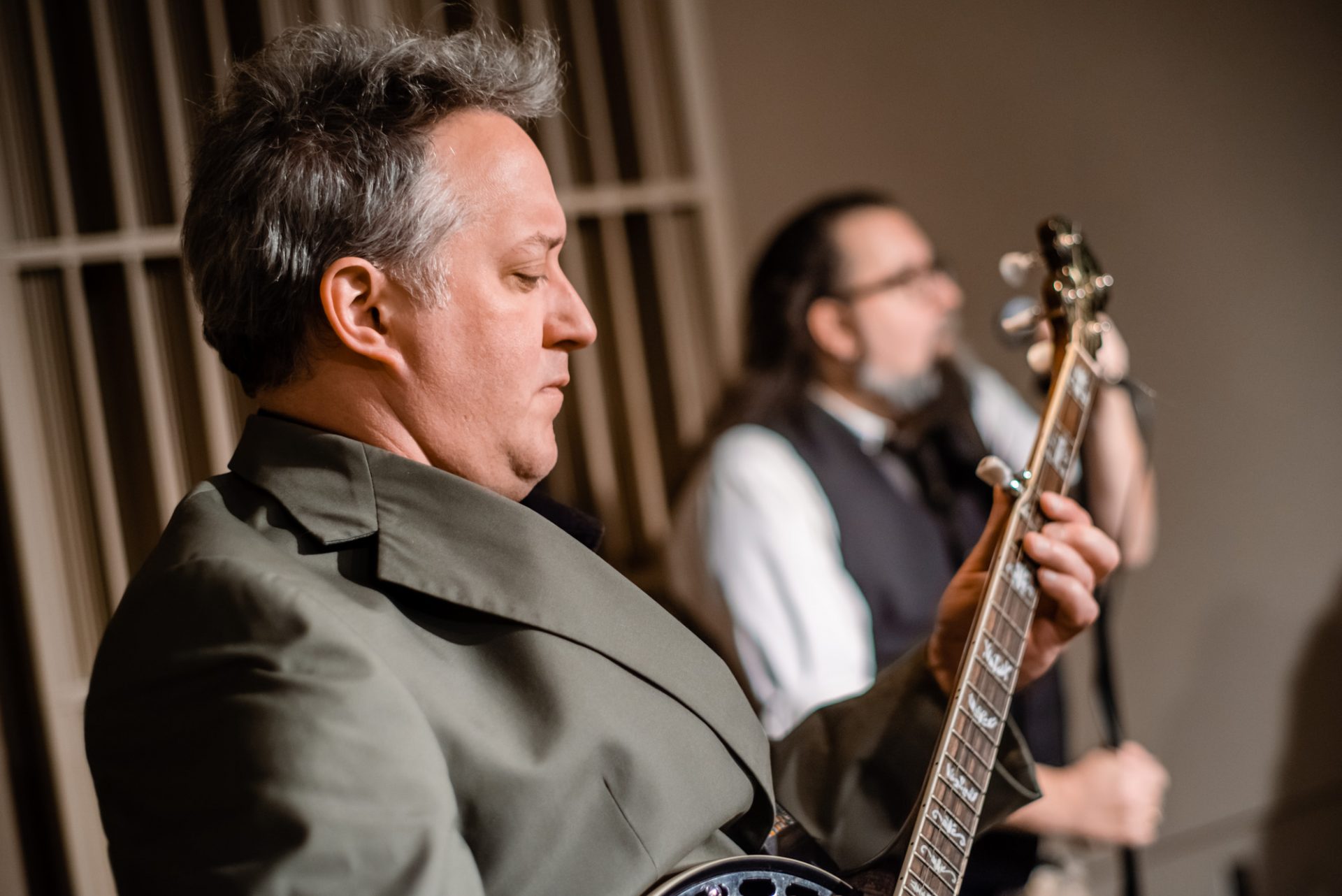 While they don’t want to be pigeonholed into a particular time of year, John says, “St. Patrick’s Days are always … interesting.”

“The crowd tends to be a little more inebriated … A memorable thing at Tellus [360] one time was they had steps going up to the stage in the pub area and some guy started aerobicising, basically running up and down the steps and turning back around. But that was directly in front of me and blocking basically my view of the crowd.”

“And he was dressed like a leprechaun,” someone adds.

“Shouldn’t leave that out,” John says with a laugh.