The yard outside of the Lebanon County Correctional Facility. An inmate, Eric McGill, has been locked up in solitary confinement for over a year because he won't cut his hair.

His hair is sacred. But to get out of solitary confinement, his jailers say he must cut it off.

A Rastafarian inmate has been in solitary confinement for a year. The jail’s warden said he can get out if he cuts his hair.

Correction: An earlier version of this story attributed correspondence to Eric McGill incorrectly. The response to McGill was made by Deputy Warden Michael Ott. The version below has been updated.

The Lebanon County Correctional Facility’s handbook says no inmate can have long hair unless it is worn in a ponytail or a bun. But for many Black inmates, that rule doesn’t apply. Instead, they are placed in solitary confinement if they refuse to cut their hair.

One inmate currently in segregated housing says that policy violates his religious rights. Eric McGill, who is Black, wears his hair in dreadlocks. A practicing Rastafarian, McGill has refused to cut his hair since he was taken into custody more than a year ago. (Rastafarians do not cut their hair, ascribing to a strict reading of the Old Testament that forbids it.)

McGill, 27, reached out to PA Post in January this year, saying he was placed in segregated housing on Jan. 19, 2019, because of his refusal to cut his dreadlocks.

“I’ve haven’t cut them due to my beliefs and way of life,” he said in an online message to PA Post.

Inmates kept in solitary confinement are allowed just five to 20 minutes of time outside their cell per day. McGill is also limited to two hours a day to make phone calls to his family — between midnight and 2 a.m. Not uncommon for people who are in solitary for extended periods of time, McGill has since been diagnosed with post-traumatic stress disorder, severe depression and anxiety, according to court records.

In an affidavit filed with the court, Robert J. Karnes, the warden of the Lebanon County jail, said inmates who choose to cut off their dreadlocks are able to leave solitary confinement.

Though not mentioned in the handbook directly, dreadlocks and other long hair styles are forbidden, corrections officials say, because inmates can use the hair to hide weapons or contraband.

According to the affidavit Karnes signed, McGill hasn’t committed any other infractions to justify solitary confinement.

In a Feb. 6, 2019, plea to Karnes, McGill noted the rule book issued to inmates doesn’t mention dreadlocks, while long hair is allowed if it’s worn in certain styles.

But in a letter back to McGill and obtained by PA Post, Deputy Warden Michael Ott said the inmate had a choice: keep his dreads and stay in confinement, or shave his head and be moved to a regular cell block.

“No one is making you cut your dreadlocks,” Ott wrote. “You may take them out on your own or leave them in. That is your choice. If you take them out you will be taken out of [solitary]. If not you won’t.” 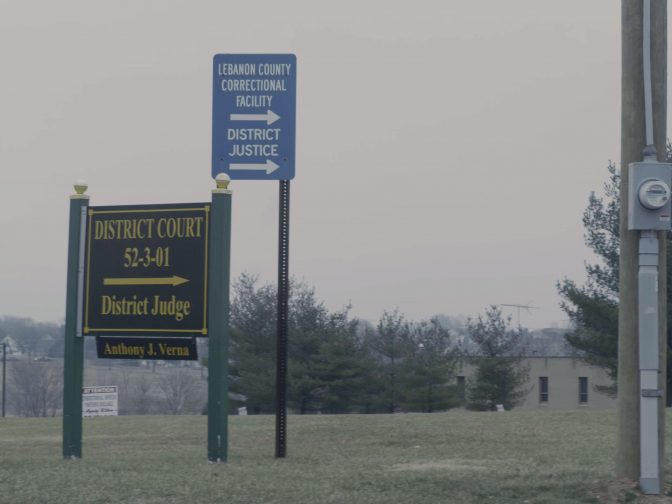 Sending inmates to solitary because of their religious practice is a violation of federal law, said Amy Fettig, director of the American Civil Liberties Union’s National Prison Project

Under the Religious Land Use and Incarcerated Persons Act, prisons are required to accommodate inmates’ religious practices. In 2014, the U.S. Supreme Court concluded that the Arkansas Department of Corrections violated a Muslim inmate’s religious liberties by trying to force him to shave his beard.

That hasn’t stopped many correctional facilities from putting people in solitary for not abiding by jail rules, Fettig said, even if complying with rules would require an inmate to go against a religious practice.

“It’s not uncommon,” Fettig said. “You’ve got an entire class of people whose rights are routinely violated, who are absolutely unprotected. There’s nobody holding prisons or jails accountable.”

The extended use of solitary in McGill’s case is extreme, according to psychologists and corrections experts. In 2015, the Department of Justice recommended no more than 90 days of solitary for only the most serious offenders, and only if the inmate commits multiple offenses while incarcerated.

“He’s being tortured for his religious beliefs, essentially,” Fettig said.

In Lebanon County’s jail, it’s unclear how long inmates are kept in solitary confinement and for what reason. In January, PA Post requested the records of inmates kept in solitary. Karnes, through the county commissioner’s assistant, said that “prison records with inmate names on them are not public record.”

There is no Pennsylvania statute that limits access to public records based on inmate names.

Challenging his solitary confinement, McGill filed a suit against Karnes and the jail’s two deputy wardens, Ott and Timothy Clements, last October. Since then, the Pennsylvania Institutional Law Project took on the case, filing a preliminary injunction against the correctional facility to release McGill from segregated housing into the general population.

Citing pending litigation, the county declined to comment. An email and voicemail left with both Ott and Karnes were not returned.

McGill’s attorney said the ban on long hair at the Lebanon County prison is racist because it singles out Black hairstyles like dreadlocks, cornrows or braids.

“If you have straight hair, you can keep it long. If you have dreadlocks or other hairstyles commonly worn by African Americans, then you can’t,” said Matthew Feldman, the attorney representing McGill. “It’s difficult to ignore the racism of what’s happening here.”