Voting machine reimbursement is in the FY2021 fiscal plan, but not direct funding for Act 77. 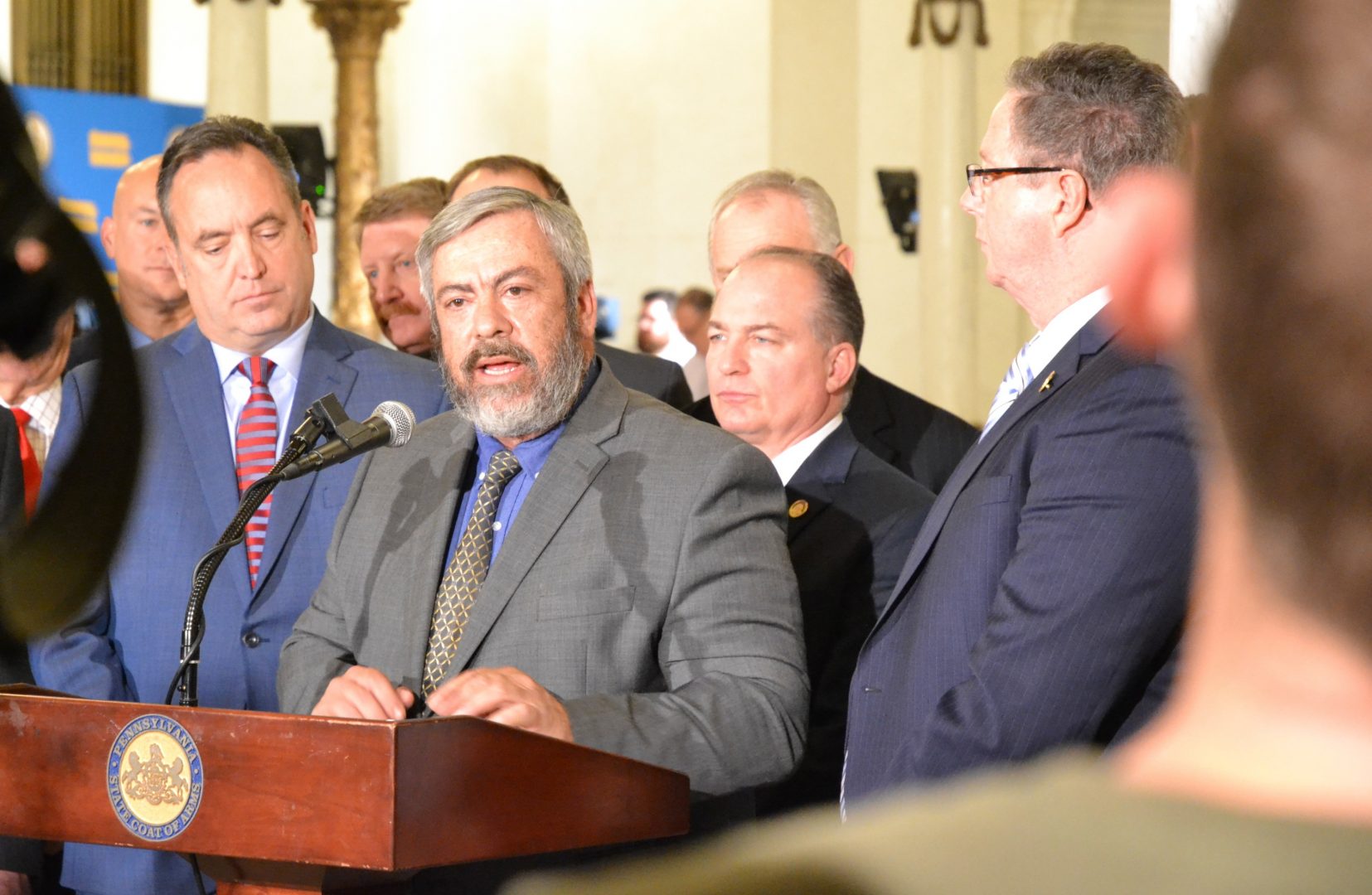 As Pennsylvania counties race to implement several major election system changes, they’re not in line for any additional funding from the state government.

But the 2020-21 budget proposed unveiled Tuesday by Gov. Tom Wolf doesn’t provide it.

“Election security as a matter for us to consider is important,” said Lehigh County Republican Pat Browne, who heads the state Senate appropriations committee. “Considering there isn’t enough money for that purpose, we’ll have to negotiate what is necessary.”

The governor’s proposed budget references $90 million Wolf promised to reimburse counties for more than half the costs of buying new voting machines. All counties had to upgrade to paper-based systems by the end of last year to comply with a state mandate.

Wolf’s budget allocates $400,000 – an amount unchanged since 2004 – for county election expenses, such as costs to run special elections and process ballots from military personnel serving overseas.

It also asks for an additional $2.7 million for the statewide voter registration system, mostly to make up for federal funding cuts. It also would allocate nearly $800,000 more for election modernization.

The proposed funding would go to the Pa. Department of State, not directly to counties.

Wolf spokesman J.J. Abbott said counties could get more money if the federal government comes through with additional funds.

“At this point, it’s too early for us to make specific commitments [to counties],” Abbott said Tuesday. “But if there are prior year dollars or … federal dollars that come in – we obviously have to see what restrictions could be, but those could be utilized to implement the law.”

Elections officials who spoke with PA Post on Tuesday did not express strong opinions one way or the other about Wolf’s budget proposal, a contrast to the warnings they’ve made in the past about how election code changes enacted last fall (as part of Act 77) would affect their operations.

In part, that’s because county officials are still trying to assess what it will take to implement the changes, according to Lisa Schaefer, executive director of the County Commissioners’ Association of Pennsylvania.

They don’t know what to expect, and haven’t yet put a number on what they’ll need, she said.

One unknown is just how many voters will opt for absentee ballots now that anyone can request one.

“For example, mail-in ballots: we don’t know what that’s going to look like,“ Schaefer said. “What’s the impact of that – plus different timelines (for ballots and voter registration) – on our ability to process all of that as quickly as we want to?”

Election reforms got relatively short shrift and “may, in the end, impact us more significantly over a longer period of time than new voting systems ever will or did,” he said. “Many of us are just coming to the realization of the [financial] impact.”

“Any effort to cut corners will put in jeopardy Pennsylvania’s implementation of the most important voting reforms in nearly a century,” Greenburg said.

To help counties meet the requirements of Act 77, the Department of State has issued some guidance and will do so again within the next couple weeks. DoS officials also have held webinars and meetings to answer questions and get feedback from counties and vendors, according to Jonathan Marks, DoS deputy commissioner for elections and commissions.

Lycoming County Director of Elections Forrest Lehman said there are more ways the state can ease the law’s burden on counties without throwing more money at them.

“Rather than county election officials going to the legislature with their hat out again – because we just got money for voting equipment, I’m satisfied with that,” Lehman said. “We don’t need to ask the legislature for money, if they would just give us changes that didn’t increase our costs.”

Lehman said the legislature and governor expanded absentee balloting with a statutory change that creates a separate category of no-excuse mail-in ballots. That makes the process “more expensive and complicated than it needs to be” for counties.

He said amending the state constitution to allow no-excuse absentee ballots, while a lengthy process, would make things simpler for counties because they’d no longer be dealing with two separate categories of ballots.

State law also should change to require special elections to be held at the same time as  regularly scheduled elections, Lehman said, pointing to several coming up in six weeks.

During the six weeks between then and the regular primary on April 28, the legislature has fewer than a dozen session days scheduled.

“As a taxpayer, I just don’t see the utility,” Lehman said.

As for reimbursing counties for some of the costs of buying new voting machines, the budget lists a $5 million transfer from the state’s general fund to the Pennsylvania Economic Development Financing Authority — enough to cover repayments on $90 million in bonds for the year.

The details – such as interest rate and other terms — of the borrowing aren’t yet known.

PEDFA’s board is expected to discuss the matter at its next meeting on Feb. 26.