‘We are not crying wolf’: Philly teachers union to sue district over asbestos, other hazards

(Philadelphia) — The union representing Philadelphia public school teachers says it will sue the school district over its handling of asbestos, lead and mold problems that has shuttered schools and sparked a backlash from parents.

The complaint — set to be filed Monday afternoon — will ask a judge to permit environmental experts hired by the Philadelphia Federation of Teachers to test for those carcinogens alongside district officials.

It will also seek periodic testing at schools with environmental safety issues, the adoption of “best practices” for conducting inspections and public reporting of asbestos exposure, said Deborah Willig, an attorney representing the union.

“We are not crying wolf here,” Willig said, adding of the district: “Their testing has been flawed. Their cleanup has been flawed. And they should not do it without us. We are the safety check.”

A school district spokeswoman did not immediately respond to a request for comment. 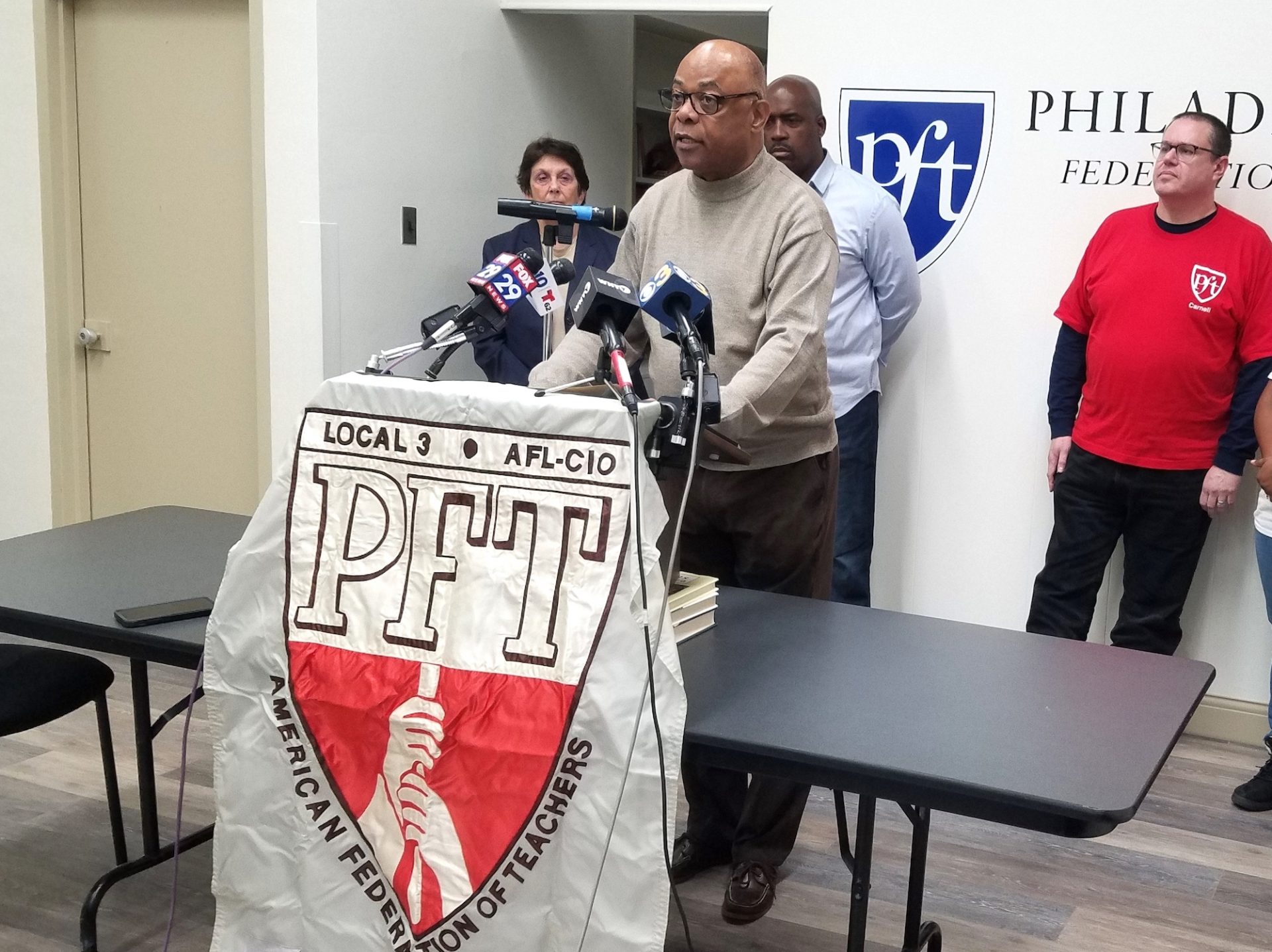 Jerry Jordan, president of the Philadelphia Federation of Teachers, announces the union is taking legal action over hazardous conditions in the city’s schools on Jan. 20, 2019.

The lawsuit comes as outrage from parents, teachers and staff reaches a fever pitch. Already this school year, six schools have been shuttered due to the discovery of potentially dangerous asbestos. The latest was Alexander McClure Elementary, which was closed for remediation, reopened, and then closed again following more tests.

At the same time, the family of a student who ingested lead paint chips that had fallen from the ceiling of his classroom is suing the district in a case that could trigger a cascade of similar claims.

And a former teacher diagnosed with mesothelioma, a form of cancer caused by asbestos exposure, said in November she intends to file a lawsuit of her own.

He said at a news conference Monday that parents are stuck fighting the same battle over equality and education they were waging 50 years ago.

“Its 2020 and we’re having a conversation about lead and asbestos,” he said. “It’s 2020 and we’re fighting an organization that should consciously just be doing what is right by the students and the staff of not just T.M. Peirce, but of every school.”

Local and state officials have taken some action to address the hazards. In November, school leaders unveiled a $12 million plan to accelerate asbestos abatement, with the goal of clearing the district’s backlog of asbestos-related repair projects by the fall of 2020.

But for many parents and teachers, the response has been too little, too late to combat a set of problems that will require a far larger investment.

The district’s own 2017 study concluded it would take nearly $5 billion to fully clean up and modernize its vast inventory of buildings that have an average age of 70 years.

In the time since, the elected officials in Harrisburg and Philadelphia who control the district’s purse strings have largely sat on their hands. While the state legislature enacted a program called PlanCON for the purpose of fixing school buildings, it currently has no funding.

Aaron Moselle contributed to this report.