Iraqi Defense Minister Najah al-Shammari, left, prepares to welcome the visiting U.S. Defense Secretary Mark Esper, center right, at the Ministry of Defense, Baghdad, Iraq, Wednesday, Oct. 23, 2019. Esper has arrived in Baghdad on a visit aimed at working out details about the future of American troops that are withdrawing from Syria to neighboring Iraq.

Esper: U.S. could strike Iran or proxies ‘where legally available and appropriate’

"We hold Iran responsible for its proxies, and we will retain the right to exercise self-defense."

(Washington) — Defense Secretary Mark Esper says the U.S. has the constitutional authority to strike Iranian proxies in Iraq and Iran on the Islamic Republic’s home soil in retaliation for attacks on American forces.

In an interview with NPR on Monday, Esper said the Authorization for Use of Military Force Resolution gives the U.S. military the right to attack Iranian-backed proxies in Iraq. He said the president’s power under Article II of the Constitution would allow the U.S. to strike Iran in the event that U.S. interests are targeted.

While American and Iranian officials both indicate that the possibility of such a confrontation has greatly diminished, Esper says the region is still being closely monitored.

“We hold Iran responsible for its proxies, and we will retain the right to exercise self-defense and take action where legally available and appropriate to hold those proxies accountable for their actions,” Esper told NPR.

Esper doubled down on the Trump administration’s position that the U.S. killed powerful Iranian general Qassem Soleimani out of self-defense.

“There was complete agreement based on what he had done and what he was planning to do, the broader attack that he was orchestrating in the region that would be bigger in scale and would likely result in open hostilities, that this was a compelling target to take out,” Esper said.

“The United States is safer today than we were a few weeks ago because we eliminated the world’s foremost terror, Qassem Soleimani, who has the blood of hundreds of American soldiers and Marines on his hands.” 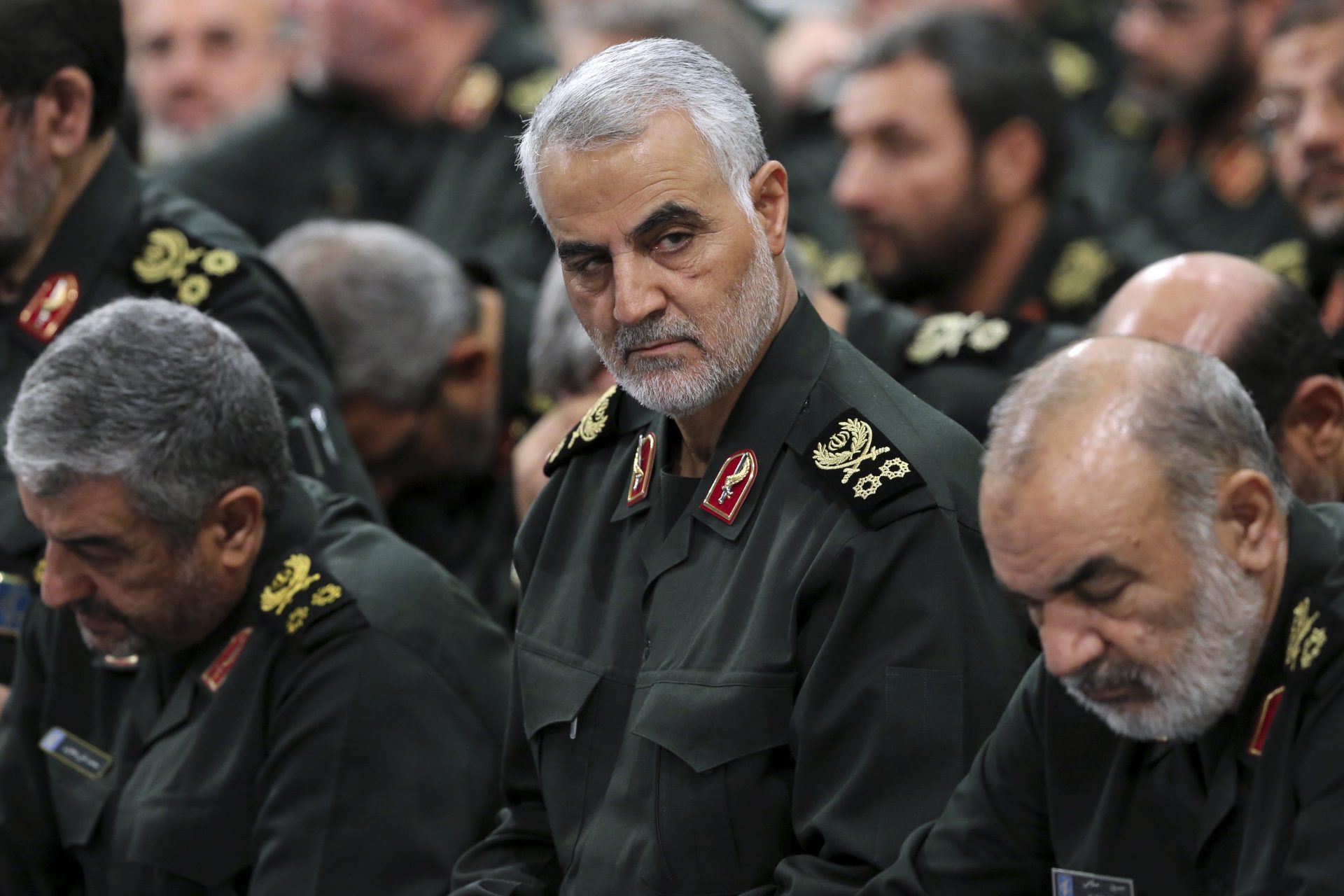 The interview comes just as the Trump administration has struggled to clarify what exactly the “imminent threat” was that justified the killing of Soleimani, the leader of Iran’s elite paramilitary group, the Quds Force.

Despite President Trump and other top administration officers offering inconsistent public statements about what kind of threat the U.S. was facing, Esper told NPR that the Defense Department had “a very thorough explanation” for targeting Soleimani.

“I think we have had, as I cited a very senior intelligence community person who said that the risk of doing nothing, the risk of inaction was greater than the risk of action,” Esper said. “It was very compelling. The challenge here is we’re dealing with very exquisite information, information that if we were to lose those sources and methods, we would lose insights into the thinking of the Iranian government.”

In the days after the Soleimani strike, the U.S.-led military coalition fighting ISIS was temporarily suspended, with defense officials citing attacks on Iraqi and U.S. bases over the last two months as the reason for the shift.

But the move also generated fears that ISIS would regroup in areas that U.S.-led coalition forces had drove the Islamic State out of, but Esper sounded confident that would not happen. He told NPR Shiite militia groups in Iraq also did not want to see ISIS gain strength and that the Shiite militias are continuing to combat the extremists in the country.

Esper would not say how long the U.S.-led anti-ISIS training mission in Iraq would last. 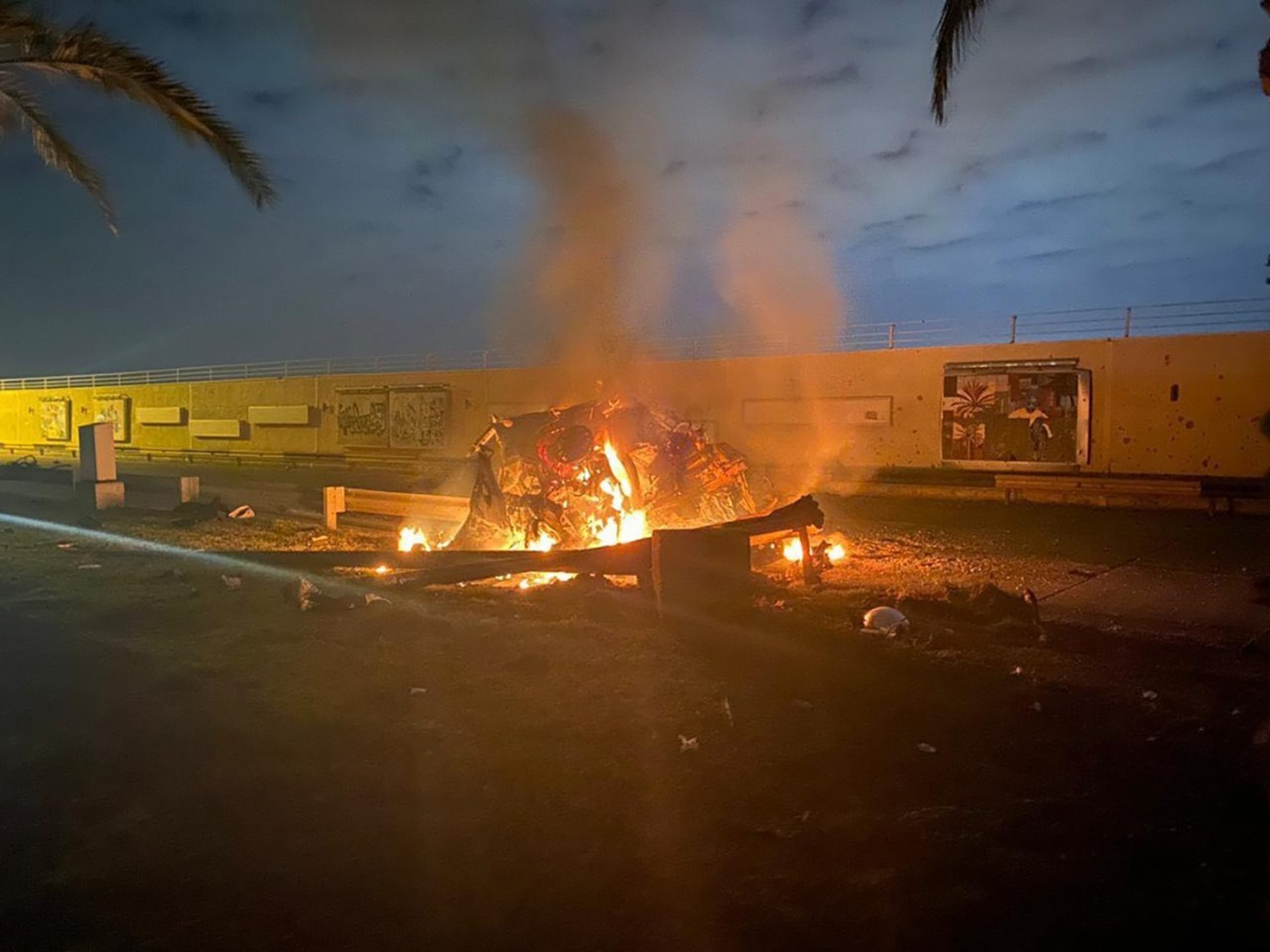 “These are things that are conditions-based. Obviously, we want to get back to the mission as soon as possible, but we’re not going to risk our folks to do that,” Esper told NPR. “Keep in mind, at the same time, we’re conducting counter-ISIS operations from Africa through Syria into Afghanistan. So the pressure on ISIS continues.”

On Monday, Attorney General William Barr announced that 21 Saudi military cadets would be expelled from the U.S. after an investigation unearthed that the Saudis had shared online posts, including jihadi material and child pornography.

The review follows an attack last month at a military base in Pensacola, Fla., in which a Saudi studying in the U.S. opened fired in a classroom on the military base, killing three young sailors and leaving eight other people dead.

There are some 850 Saudis training alongside American military personal in the U.S. as part of a long-running military exchange program aimed at bolstering ties and intelligence between the U.S. and foreign militaries.

Speaking to NPR, Esper said the fact that the 21 Saudis now in the process of being kicked out of the country were able to slip through federal government’s vetting program is concerning. 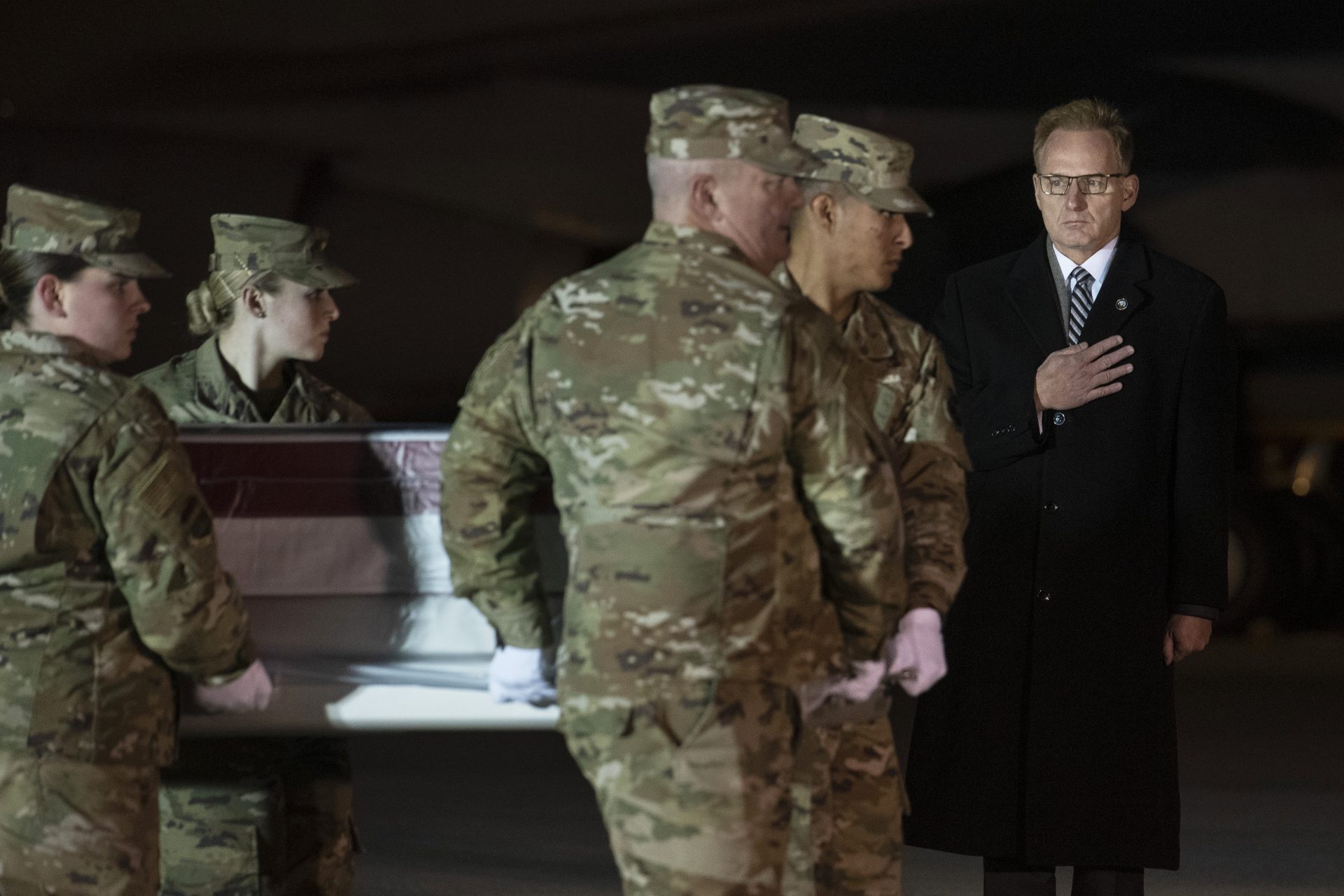 Acting Navy Secretary Thomas Modly, right, looks on as an Air Force carry team moves a transfer case containing the remains of Navy Ensign Joshua Watson on Sunday, Dec. 8, 2019, at Dover Air Force Base, Del. A Saudi gunman killed three people including 23-year-old Watson, a recent graduate of the U.S. Naval Academy from Enterprise, Ala., in a shooting at Naval Air Station Pensacola in Florida.

About 28,000 Saudis have gone through military training in the U.S. over several decades, according to the Saudi Embassy in Washington.

Esper said the probe following the Dec. 6 attack is the first time major problems emerged in how foreign military officers are screened before coming to the U.S. for training.

“This is the first incident I’m aware of. So for all intents and purposes, I think most leaders at DOD believe that the vetting was sufficient. But we’ve come to learn that it wasn’t,” Esper said.