At left, Laura Alden of Philadelphia-based Liberty Resources holds a sign opposing SB 906. during a rally at the state Capitol Tues., Jan. 7.

The bill passed the state Senate with broad support and is expected to come up in the House within weeks.

(Harrisburg) — People with intellectual disabilities and those who advocate for them visited the state Capitol this week to oppose a bill to keep two Pennsylvania state centers open.

Polk Center in Venango County and White Haven Center in Luzerne County are two of the four facilities for people with intellectual disabilities still in operation across Pennsylvania.

For decades, the state has been closing the centers as it follows federal guidance to provide care for people in community settings. 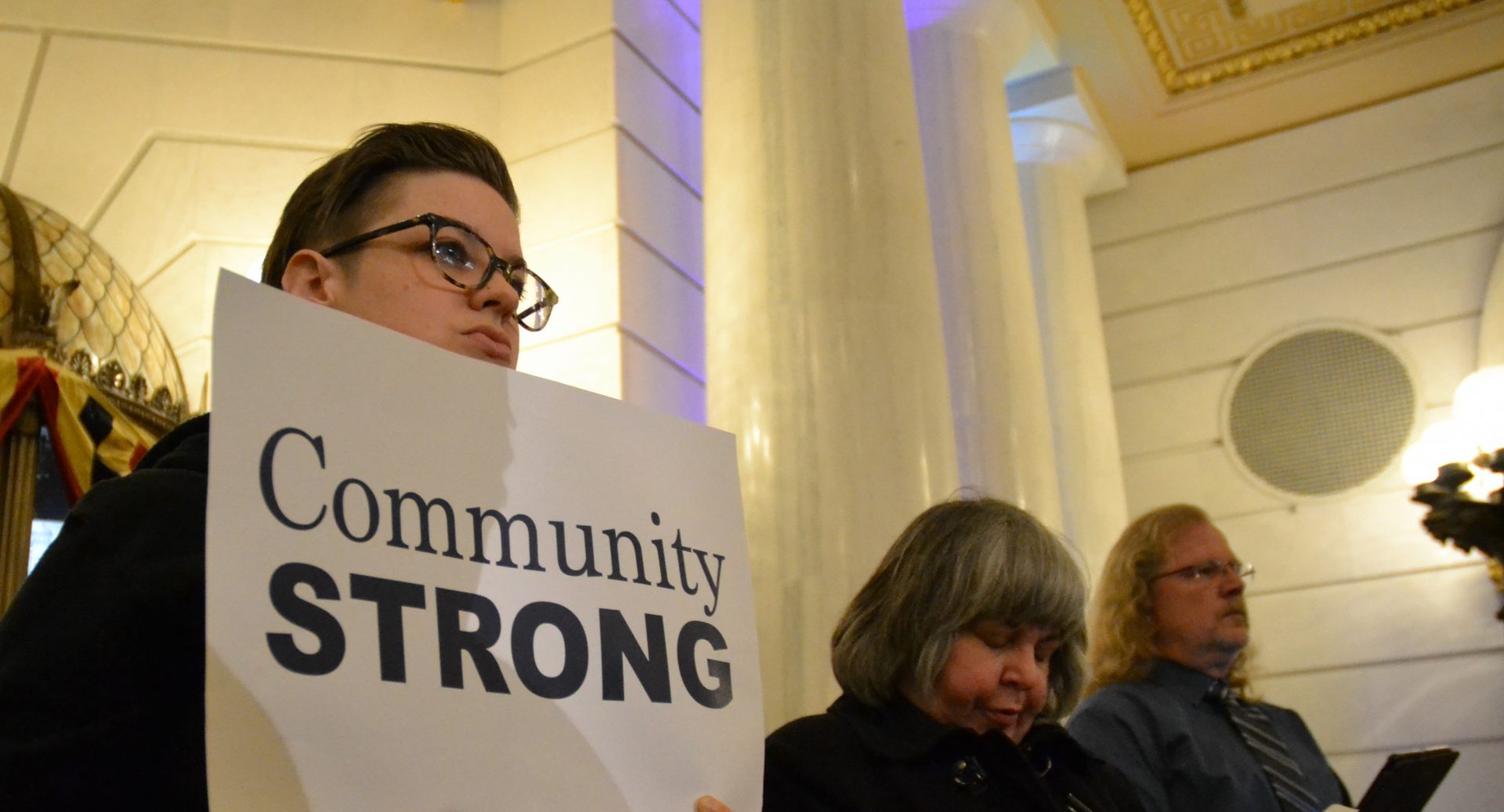 At left, Laura Alden of Philadelphia-based Liberty Resources holds a sign opposing SB 906. during a rally at the state Capitol Tues., Jan. 7.

Last August, Pennsylvania Department of Human Services Secretary Teresa Miller said the state plans to shutter Polk and White Haven, prompting outcry from some of the families of the roughly 300 people who live there, as well as those who work in the facilities.

It also prompted lawmakers to introduce Senate Bill 906, which would require the centers to stay open until the commonwealth finds services for 13,000 people with intellectual disabilities on Medicaid wait lists.

That bill would prevent the state from ever closing the institutions, stopping years of progress toward community-based care, said Amy Millar, Development and Communication Coordinator at advocacy group Vision for Equality.

She noted, Polk center’s 2,000 acre campus is expensive to maintain and houses fewer than 200 people.

“Yet, you have people who’ve been waiting that have absolutely nothing. And let’s be real. Polk was built in the 1800s. It’s falling down.”

Polk is seeing the effects of its aging infrastructure, Millar added. People there still can’t drink from the faucets one year after testing found Legionnaire’s disease in the water.

Independent state Senator John Yudichak of Luzerne County co-sponsored the bill to keep Polk and White Haven open. He said the people living at the state centers are there by choice. Closing the facilities takes that choice away. 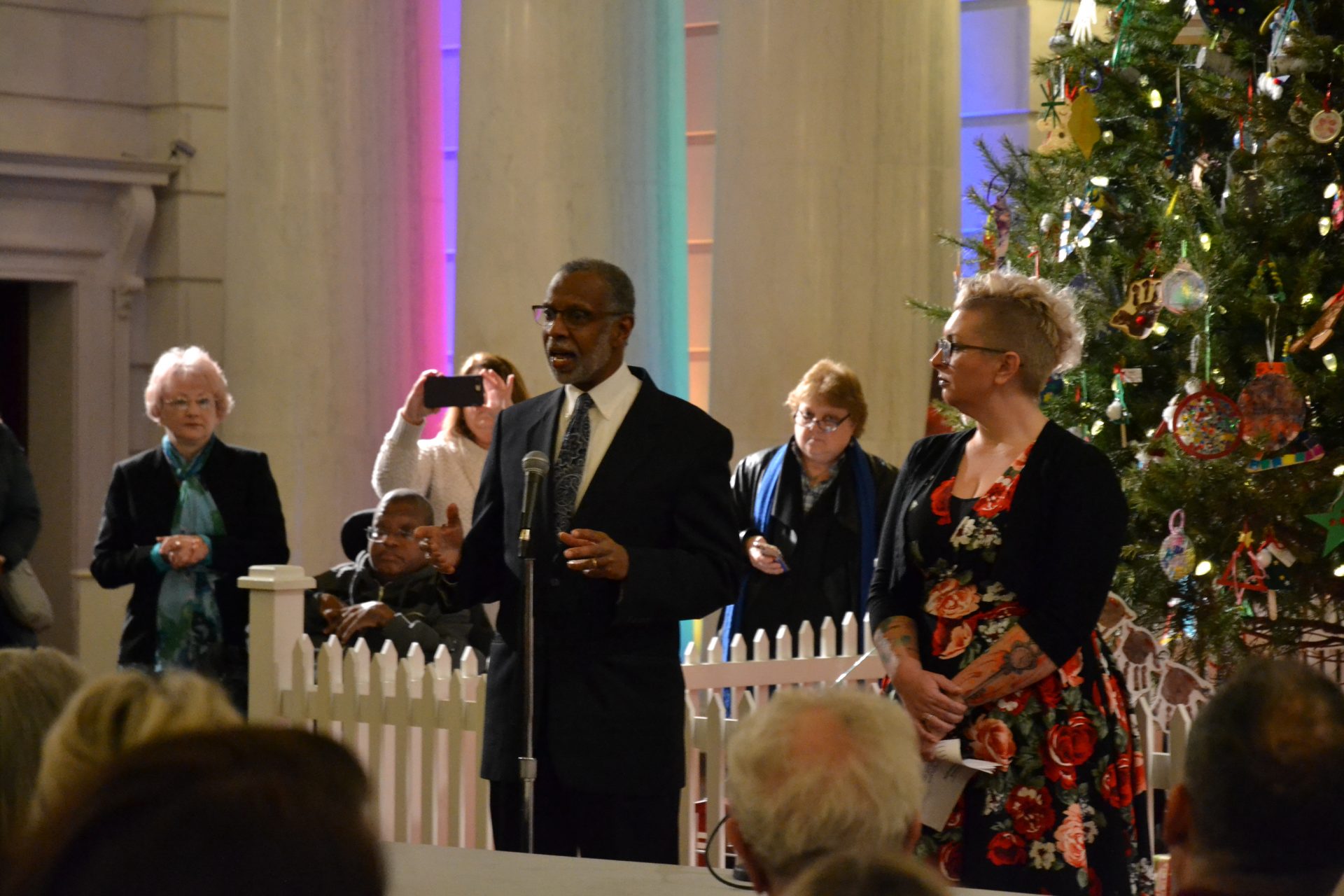 Democratic state senator Art Haywood of Philadelphia supports closing White Haven and Polk and was one of just nine state senators to vote no on SB 906. At far right is rally organizer Amy Millar.

He added it doesn’t make sense to close them while community programs provided by private nonprofits and companies see long wait lists and high employee turnover.

“The fact is four out of five direct care workers in the privatized, community-based system leave their work within a year,” Yudichak said, pointing to a 2015 study from St. Catherine University in Minnesota. “That’s a tremendous turnover.”

However, people are able to move to among state centers, and have priority to receive community-based services, meaning they wouldn’t end up on wait lists, said Pennsylvania Department of Human Services spokeswoman Erin James.

They also have three years to begin the process of moving to a community setting such as a group home.

Keeping the centers open interrupts a process that ultimately will make more effective use of taxpayer dollars, James said.

“We’re very concerned about it. It’s not good policy. We’re making decisions that we believe are the best use of taxpayer resources and that are also in the best interest of the people we serve,” she added. 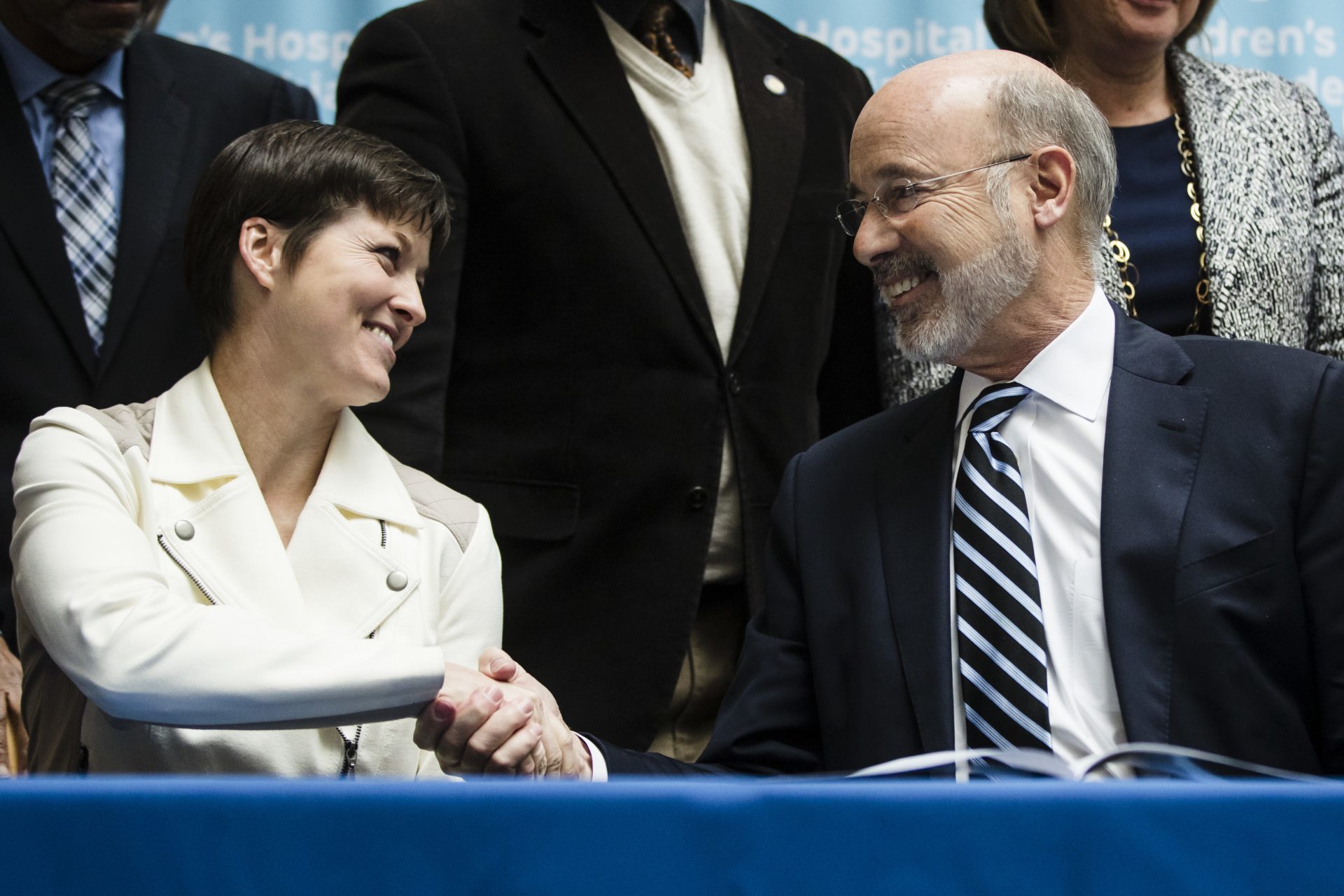 Wolf said he’d veto the bill if it passes the House. However, a two-thirds majority vote would bar such a move.

House GOP spokesman Mike Straub said he’s not sure how much support it has, at this point.

“Supporters of the measure have actively worked to inform other members since the bill advanced from the Health Committee,” Straub said.

The proposal likely will be discussed by the caucus either the week of Jan. 13 or Jan. 20.

“Then we will see how much support/opposition the proposal actually has in our caucus,” Straub said.