Harrison Schapelhouman (left) with his service dog outside True Hope Community Church in Issaquah, Wash., on Dec. 8. Schapelhouman's service dog, who he's had since he lived on the streets, has helped him throughout his recovery from addiction.

There’s the crazy that people who don’t have a family member with an addiction just don’t understand, Henriët Schapelhouman said.

“There’s high highs where it looks like, ‘Oh, they’re better,’ because they’re pretending really well,” she said. “Then, within hours there’s a crash because they’re using again; there was a fight; they’re slamming the door. And you’re just heartbroken.”

Schapelhouman used to be a pastor at a big church outside Seattle, but when her son Harrison brought tequila to his Christian school in ninth grade and got kicked out, Schapelhouman started homeschooling him part-time.

As a pastor, having a son struggling with drugs and alcohol didn’t look good for her church. So, she resigned.

Over the next few years, her son’s addiction got worse and her friends and faith community pulled away.

“I would be on my hardwood floor on my arm just sobbing and crying out, just praying, ‘Jesus, please help me. Jesus please help me.’ And sometimes for an hour.”

At this point, her son was 18 and homeless. The chaos of his heroin addiction was everywhere, but Schapelhouman decided she was going to live her own life and continue leading Christians in their faith.

She wrote the book The Story Lives, about leading a Christian life, which was published in 2012. Schapelhouman organized a book club to talk about her book. 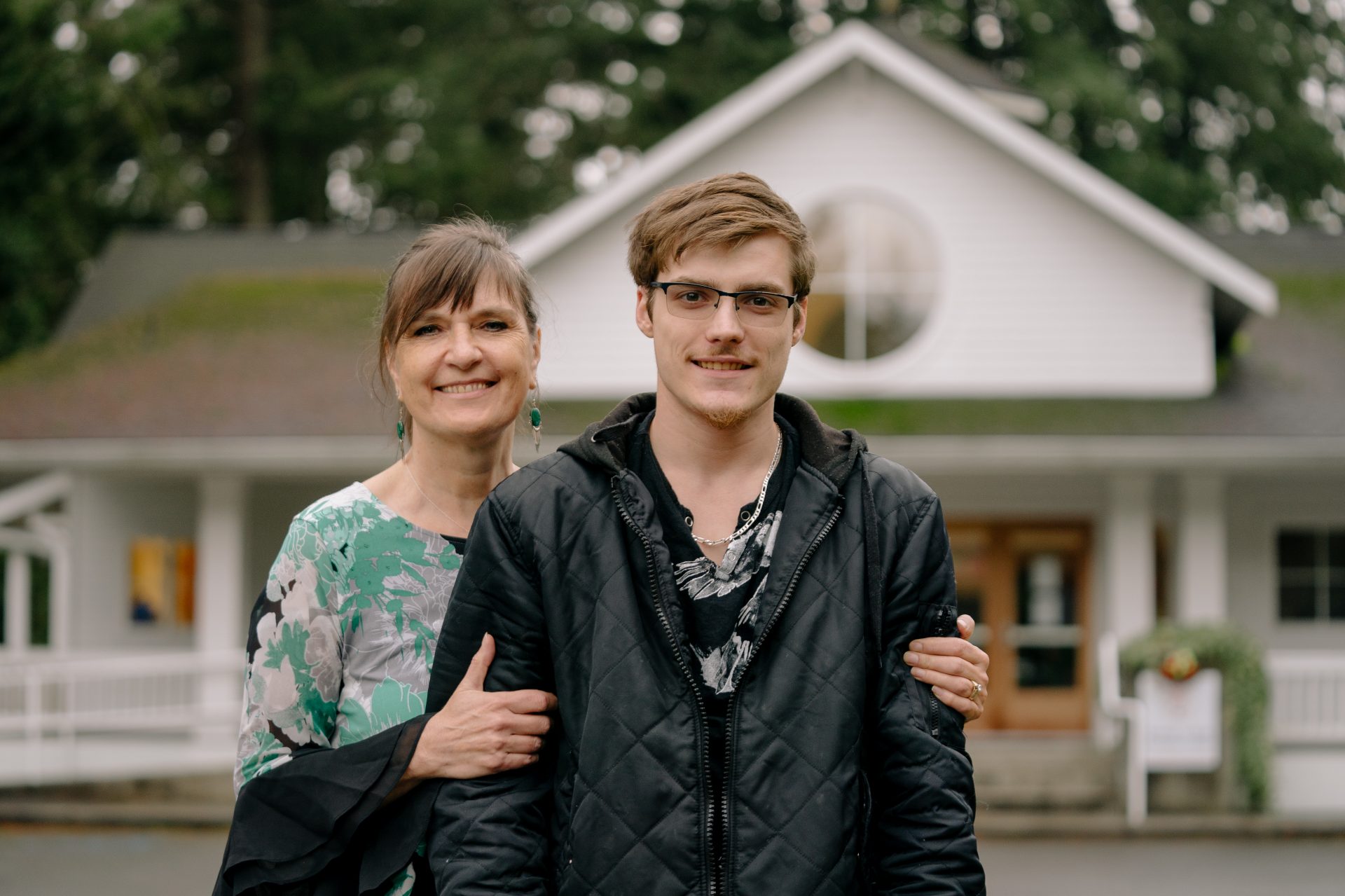 They met at a coffee shop, and six women showed up. First, they went around the circle sharing their stories — Schapelhouman first.

“Part of my story is that my son Harrison has wandered into addiction,” Schapelhouman remembers she said. “He’s on the streets and I’m praying for him daily.”

It turned out that the other book club members could relate. Other women chimed in, saying, “Me too.”

Four of the six women were mothers of someone addicted to heroin; a fifth had two brothers who had a substance use disorder.

“If it weren’t so serious, it was almost funny that we were all there together. What were the odds?” asked book club member Terri Bowman. “We felt it was truly God that brought us all together to process through this.”

Bowman’s son was addicted to heroin and had moved in with her. Bowman was afraid and overwhelmed, she said.

At the coffee shop, Bowman found herself surrounded by others who’d been down this path before.

The group of women felt they had done their best to raise their children in a safe environment, with church, Christian schools, and healthy boundaries, Schapelhouman said.

“Suddenly, one day you wake up and your child is the opposite of anything you’d ever imagined; has become a criminal, an addict, a liar, a thief,” she said. “So our shared experience in so many ways was, ‘How did we get here? How does this even happen to us?’ ”

The book club was a rare place Schapelhouman and the other women could cry, laugh and talk about their challenges — even more than they talked about the book.

They were doing something that recovery experts say is really important: taking care of your own needs.

Family members are often the safety net for people with addiction, by providing housing and health care, so self-care is important, said therapist and social worker, Lara Okoloko, who works with families of those struggling with substance use.

“You, the concerned loved one, you matter. And we need you to sustain this effort so that you don’t get burnt out and want nothing to do with this person anymore, because they need you,” she said.

Okoloko uses an approach called Community Reinforcement and Family Training, or CRAFT. It’s differs from an intervention or Alanon counseling because it focuses on how to maintain a healthy relationship with a loved one with a substance use disorder.

Research has shown the approach works up to three times better at getting family members to start treatment.

The popular myths about cutting ties with addicted loved ones did not work for Pastor Schapelhouman, who was distressed by the advice to let her son “hit bottom.” 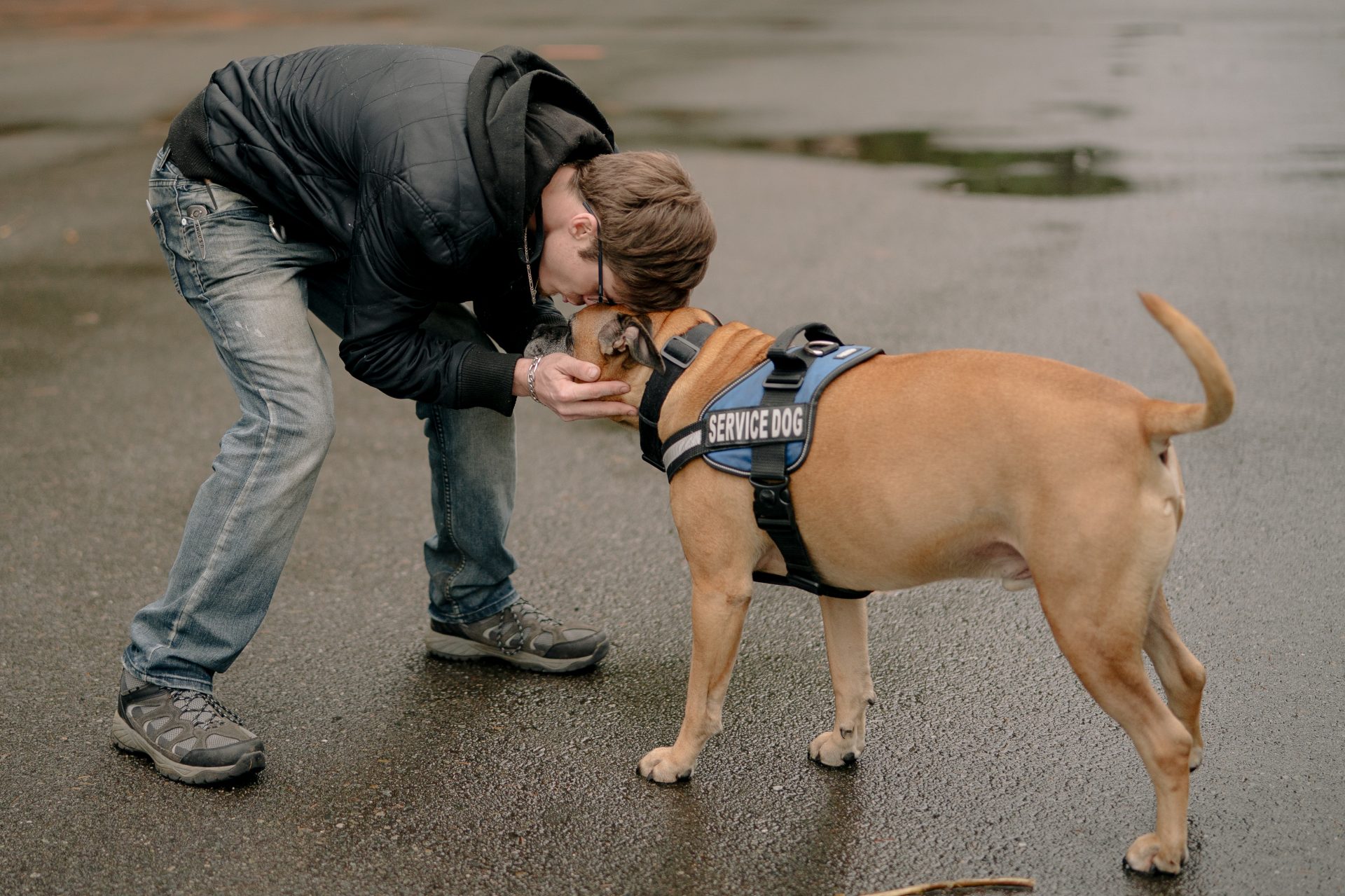 Harrison Schapelhouman with his service dog.

So, as the book club evolved, they made a rule: give support, but no advice.

In the summer of 2013, the women moved their meetings to Schapelhouman’s house, brought their husbands and talked over dinners of tacos or turkey and broccoli.

The group continued to embrace their faith.

“We would always put our hope in that our lives could still be meaningful, that Jesus and God were still good and that we could go another month, another week,” Schapelhouman said.

Eventually the chaos in some of the families subsided.

Schapelhouman’s son, Harrison, got off heroin using the medication Suboxone. Terri Bowman’s son is in recovery too, with the help of Methadone.

Though people on medication assisted treatment are sometimes not welcome in Christian or secular recovery programs, this group embraced them.

Ky Byrd comes here with her daughter, who is in recovery from addiction, because she feels at peace, she said.

“There is nothing more that somebody could give me,” Byrd said. “Because one of the things that you look for when you have someone who is out there in drugs, is you just want some peace of mind.”

Schapelhouman’s son, Harrison, is now an adult. It was his idea to start the church to help people with addiction in their families.

“I always used to tell my mom, ‘How are we supposed to get better if you aren’t better?’ ” Harrison Schapelhouman said. “This is a family disease.”

Now, Henriët Schapelhouman is leading the kind of church she wishes her family had during those hard times, a place of faith and support.

“I’m excited that we were chosen for this journey by God,” Schapelhouman said. “Because if there is no one like us who has gone through it, how can we be the hope and help for others.”

This story was reported by Finding Fixes, a podcast about solutions to the opioid epidemic.

Raising the minimum wage by $1 may prevent thousands of suicides, study shows