Here’s what Pa. supporters would like to hear when President Trump comes to Hershey Tuesday

One is roll with your strengths, and that means the economy. 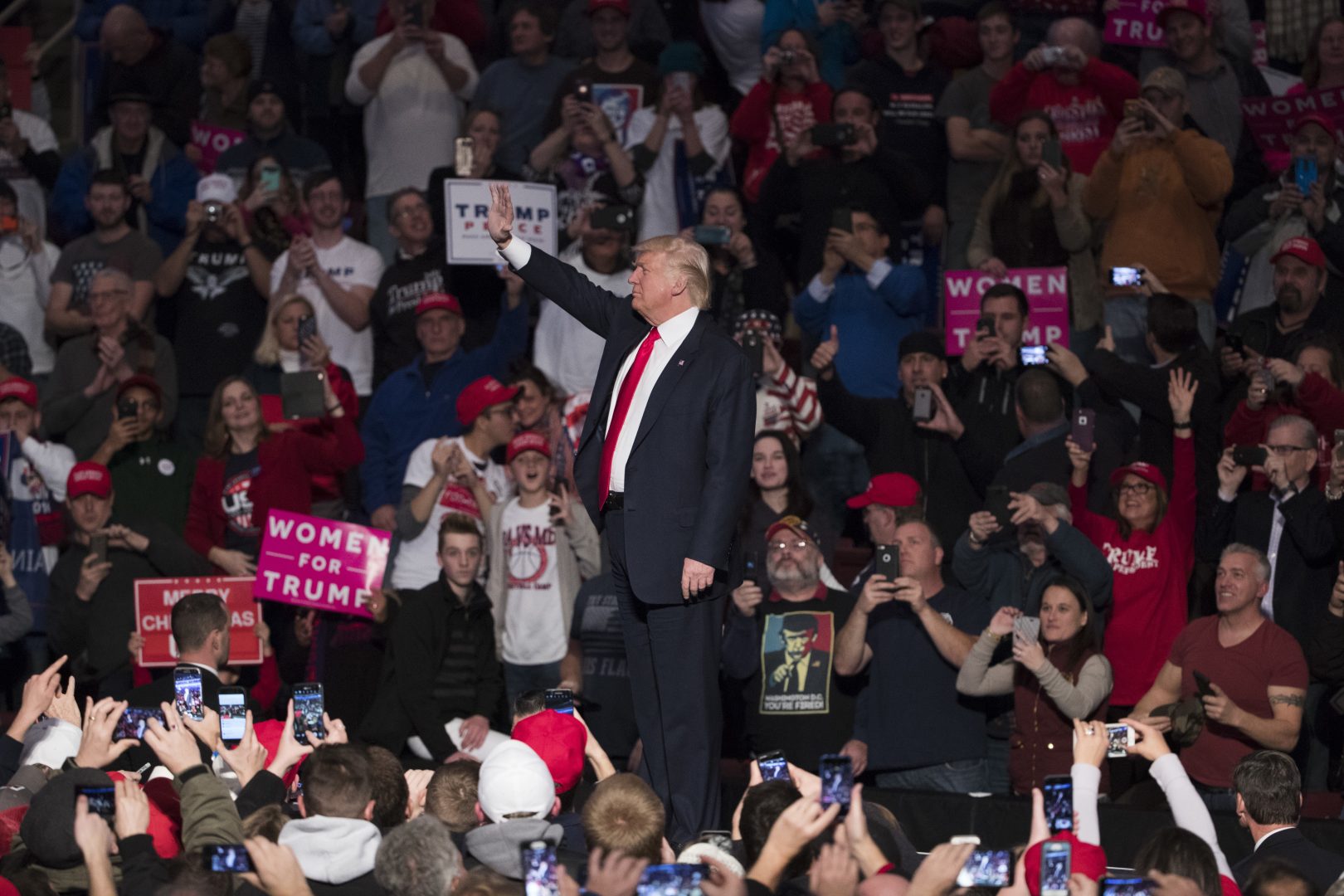 (Hershey) — President Donald J. Trump’s traveling roadshow will hit Hershey’s Giant Center Tuesday evening, and it’s likely to be pretty much the same production that voters in Kentucky, Louisiana and Florida have seen in recent weeks.

To most ticket-holding attendees, that’ll be just fine.

After all, you go to your favorite band’s concert, you want and expect to hear at least some of their greatest hits, right? You may want to even sing along on the choruses. You go to a Donald Trump campaign rally, you want to hear about “fake news,” the junior high nicknames for his enemies, and reassurances that you’re already on the right side of this period in American political history.

But beyond the show and all of its trappings, what else do Trump’s supporters hope to hear from the 45th president, who will probably have to run very strongly in south-central Pennsylvania next year if he is to replicate his Pennsylvania win from 2016?

PennLive surveyed a sampling of Trump supporters and GOP political activists Monday, and here’s what we heard.

1. Roll with your strengths, and that means the economy.

After a federal tax cut, multi-faceted regulatory rollbacks and a decidedly different foreign trade policy, Trump is probably as entitled as any recent American president to bask in the glory of good economic reports. Many Republicans think – at least as of today – this could be the opening and closing argument for his re-election campaign.

His opponents can rightfully question how well that economy is working for all.

But the numbers show that in Pennsylvania, right now, the number of people holding jobs is at an all-time high; the state’s unemployment rate sat below 4.0 percent for six months from March through August, a first since at least the early 1970s; and the number of residents who are actively looking for jobs is just off a twenty-year low.

And Republicans are happy to run with that.

“It shows a record of economic success and to be honest with you, that’s a message that cuts across all kinds of demographics,” said Mike DeVanney, a Pittsburgh-based GOP political consultant. “Even if people might not like the style, the results are hard to argue with… because at the end of the day, people vote in their own self-interest.”

Calvin Tucker, a Philadelphian who was the sole African-American member of Pennsylvania’s delegation to the Republican National Convention in 2016, said that the economy’s growth also provides an opening for Trump to improve on his 2016 showing with blacks, Hispanics and younger voters.

“You don’t have to love a leader as long as that leader is effective,” Tucker said. “If I can sell performance (to voters), I’m selling performance.” 2. Keep pushing back against the impeachment Democrats.

We predict they’ll have no trouble with this, but several people reached Monday said they want President Trump to continue to push back, hard, against the House Democratic majority and its ongoing impeachment inquiry.

“I know for Republican voters, they want to hear what he’s saying because they’re fed up with everything they’ve been hearing from the press,” said Kirk Radanovic, the chairman of the Republican Party Committee in Lancaster County, a longtime fulcrum for GOP candidates’ hopes in statewide races here.

“We also want him to talk about how did (former Vice President and current Democratic presidential candidate Joe) Biden’s son get such a sweetheart deal in the Ukraine?” Radanovic said. “Something shady is going on there, and we want to know what it was.”

3. Give the energized activists some 2020 battle orders.

Regarding those Democrats, our panel said, don’t stop with impeachment.

Acknowledging that Trump’s effectiveness as a Republican standard-bearer is only enhanced with a Republican-led Congress, Pennsylvania Republicans are hopeful the president takes a moment – or several – to place a bull’s-eye on Democratic House members from the Pennsylvania districts that Trump carried in 2016.

U.S. Reps. Matt Cartwright in northeastern Pennsylvania, and Conor Lamb in the southwest come to mind. If Trump is feeling especially competitive, he might throw freshman Democrat Susan Wild, from the Lehigh Valley, into the mix.

It’s the right night to do it, said DeVanney, because if the Republicans are to have a chance to flip the U.S. House red again, “then you have to be able to pick up some of those seats that we lost last time in Pennsylvania.”

Trump could also help his cause by heaping some praise on U.S. Rep. Scott Perry, R-York County, whom some Washington political trackers have scored as among the nation’s most vulnerable Republican House incumbents following the state Supreme Court’s 2018 redraw of Pennsylvania’s gerrymandered House district lines. 4. Don’t forget the issues that got you this far.

Gary Eshleman, a retired state employee and Trump supporter from Camp Hill, said he hopes to hear the president reiterate many of the themes that drew him and other Pennsylvania voters to him in the first place: strong crackdowns on illegal immigration, including the border wall; strong protection of the right to bear arms; and a continuation of the “America First” trade policies.

Eshleman, who has been to past Trump appearances in the Midstate but can’t make Tuesday’s, would add to that list a more recent Trump objective: driving down the cost of prescription drugs.

“President Trump is, in my opinion, the greatest president that we’ve had since Ronald Reagan,” said Eshleman. “I just want to hear that he’s willing to continue doing the great things that he’s doing.”

Bob Asher, a Montgomery County businessman who is one of Pennsylvania’s members on the Republican National Committee, added to Eshleman’s list Trump’s strong support of Israel, his demands that other industrial powers pull their weight in entities like the North Atlantic Treaty Organization, and his steady appointment of conservative judges.

Asher was a supporter of Florida Sen. Marco Rubio’s presidential candidacy at this time four years ago. But, he adds, “I’m an ardent Trump supporter now, based on the results.”

Who is picking up the tab for costs for Trump’s rally? Not the taxpayers