A campaign tracker recorded Wagner at a meeting he held with a conservative York group.

Who is picking up the tab for costs for Trump’s rally? Not the taxpayers 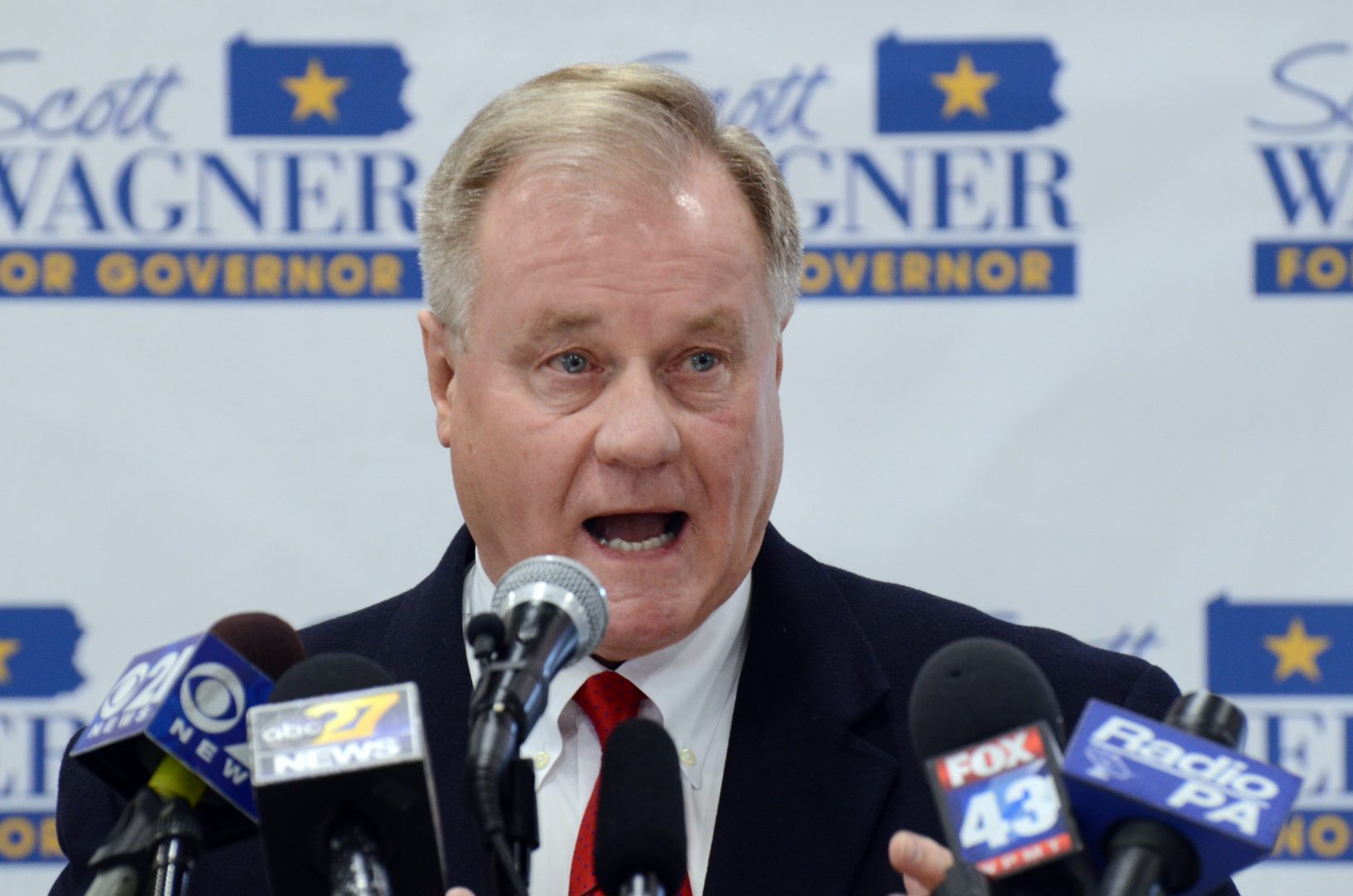 A campaign tracker recorded Wagner at a meeting he held with a conservative York group.

(Hershey) — York County businessman Scott Wagner wants to put an end to the controversy over taxpayers getting stuck with the bill for municipal police costs associated with President Donald Trump’s rally at the Giant Center on Tuesday.

So he advised Derry Township officials on Monday he will cover the cost up to a maximum amount of $20,000 for the security tab.

“Please forward an invoice to me via email and I will immediately forward a check to you,” he wrote in an email to township manager Christopher Christman. “I want to express that I will be paying with personal funds and I am in no way using funds from any of my companies. Please pass on to the police department my sincere appreciation for their service and professionalism.”

Wagner, the former Republican state senator from York County and owner of trash hauling and trucking companies, said he can understand some taxpayers don’t like seeing municipal tax dollars covering the policing for the campaign event when they are fighting for funds for community projects. As of Monday afternoon, 950 people had signed an online petition via change.org to voice their disapproval.

At the same time, he said, “I just think the people of southcentral Pennsylvania, our supporters have a right to come out and see the president.”

Given the controversy it was creating and growing tired of the divisiveness, Wagner said, “I made a decision to step forward and pick up the cost so there’s no ill feelings toward the township.” Susan Cort, chairwoman of the Derry Township supervisors, welcomed his offer to cover the municipal police support that Derry Township and neighboring police departments will provide for the rally.

“As a private citizen, he is recognizing the burden that these kinds of rallies can put on local municipalities,” Cort said.

Moving forward, Cort said the supervisors plan to discuss “how best to seek reimbursement from all political campaigns once we are notified by Hershey Entertainment & Resorts that these kinds of events are being planned.”

Sticking taxpayers with the bill for political campaign events has become rather commonplace in Derry Township and beyond. Hershey has hosted candidates and presidents from Jimmy Carter to George H.W. Bush to Barack Obama over the years – and Trump in 2016 and 2017 – and always absorbed the security-related costs.

Harrisburg billed then-Democratic presidential candidate Hillary Clinton’s campaign about $8,400 for security and cleanup costs from her rally in front of the Broad Street Market as well as a Trump campaign rally at the Farm Show Complex in 2016. Mayor Eric Papenfuse has told PennLive neither bill was paid.

Wagner said his offer to pay for the policing will remove any question about municipal taxpayer funds being used for Tuesday’s rally and will help ensure a safe environment for the rally’s attendees.

“I think it’s going to be totally packed. There’ll be a lot of people not able to get in,” Wagner said.

Wagner himself won’t be among them. He has other commitments, he said. Moreover, Wagner said he isn’t looking for recognition for his beneficence and anticipates he may get slammed by his critics for it. That doesn’t bother him though.

He often found himself at the center of controversies during his time as a senator and during his unsuccessful bid as the Republican nominee for governor in 2018 from statements he made or actions he took but he weathered them and moved on.

“I have pretty thick skin,” said Wagner with a chuckle.

Who should get free college? Buttigieg ad inflames key divide among Democrats