Construction on the Mariner East 2 pipeline has faced myriad problems, including damaged water supplies and sinkholes in a residential neighborhood in Chester County.

Those charged include employees from the international security firm TigerSwan. 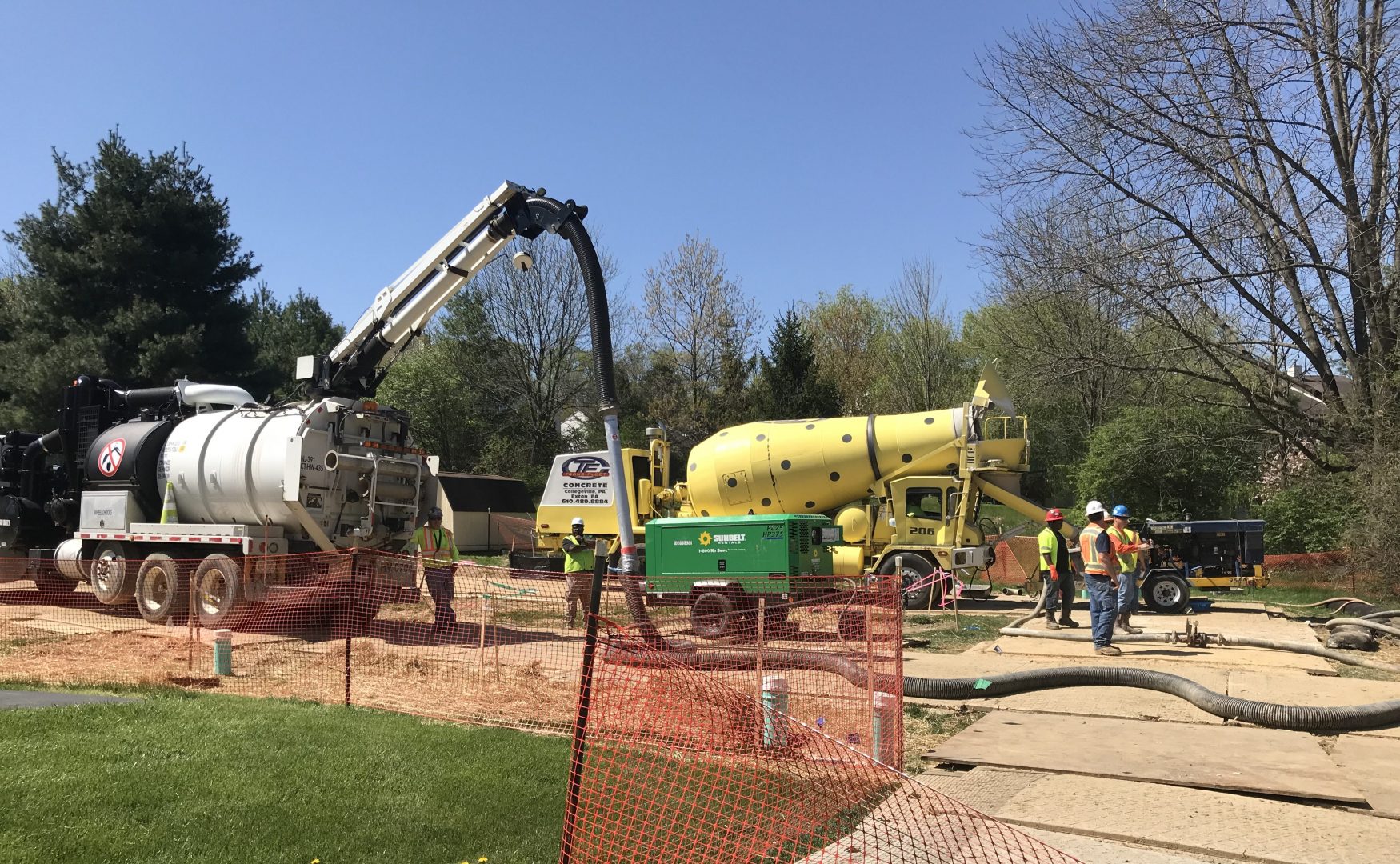 Construction on the Mariner East 2 pipeline has faced myriad problems, including damaged water supplies and sinkholes in a residential neighborhood in Chester County.

“State constables sold their badges and official authority,” Hogan said in the release. “Energy Transfer bought those badges and authority, then used them as a weapon to intimidate citizens. And the defendants attempted to conceal their activity through a maze of companies and payments.”

The charges stem from a criminal investigation Hogan launched in December 2018 following the appearance of sinkholes in West Whiteland Township and an explosion at another Energy Transfer line in Beaver County.

But what began as an investigation of potential environmental crimes quickly included a probe into the security services after a plain-clothed Chester County detective encountered an armed private security guard at a construction site, where the guard tried to prevent the detective from parking on a public street. Residents also reported feeling intimidated by state constables who restricted movement on their own property.

In August, Hogan charged two constables, Michael Robel, 58, of Shamokin in Northumberland County and Kareem Johnson, 47, of Coatesville in Chester County, with ethics violations and other offenses for working as private security guards on the Mariner East site at Lisa Drive, a development in West Whiteland Township.

The constables are elected officials whose tasks include transporting criminal defendants, serving arrest warrants, and in limited circumstances making arrests, Hogan said at the time. They are not allowed to hire themselves out as security guards while working as constables, and must declare any income of $1,300 or more.

Hogan says Energy Transfer’s Security Manager Frank Recknagel engaged in an illegal “buy-a-badge scheme” in which payments to the constables were hidden and difficult to trace back to the company. He saysÂ Energy Transfer paid Pennsylvania constables to wear badges and carry guns in order to intimidate residents living along the pipeline.

According to the criminal complaint, Recknagel said in an email that it was Energy Transfer’s “unwritten policy” to hire armed law enforcement officials to guard its pipeline projects. 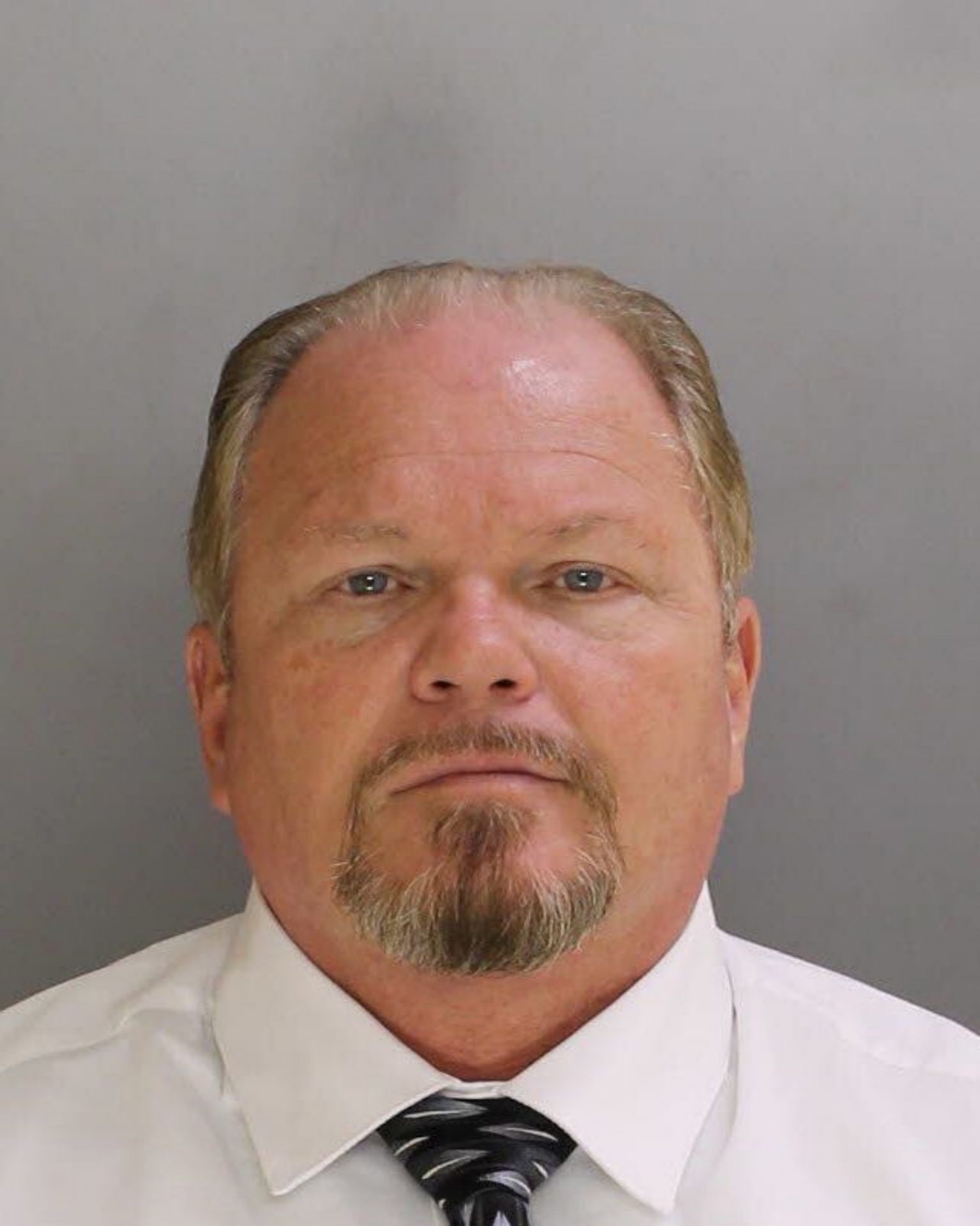 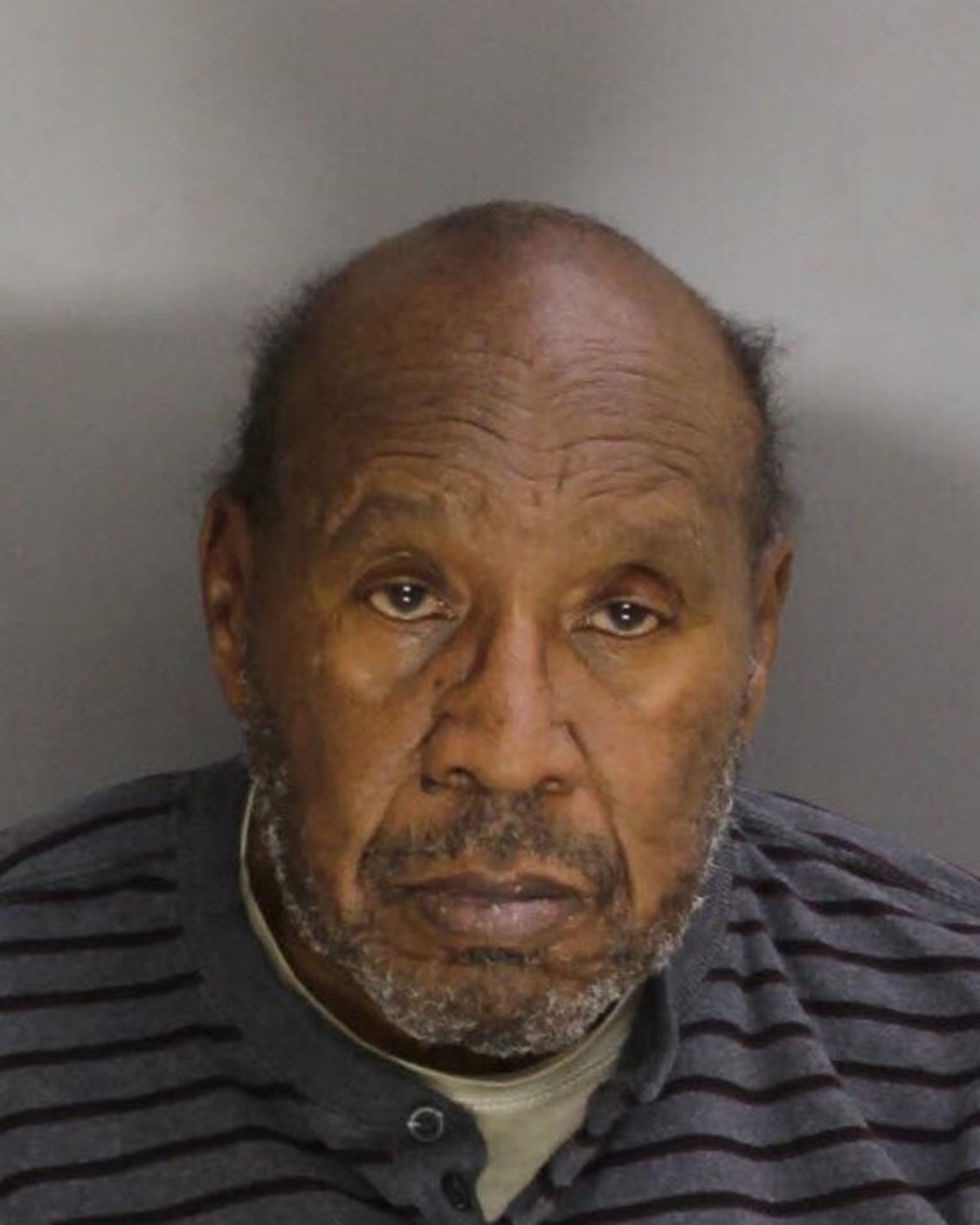 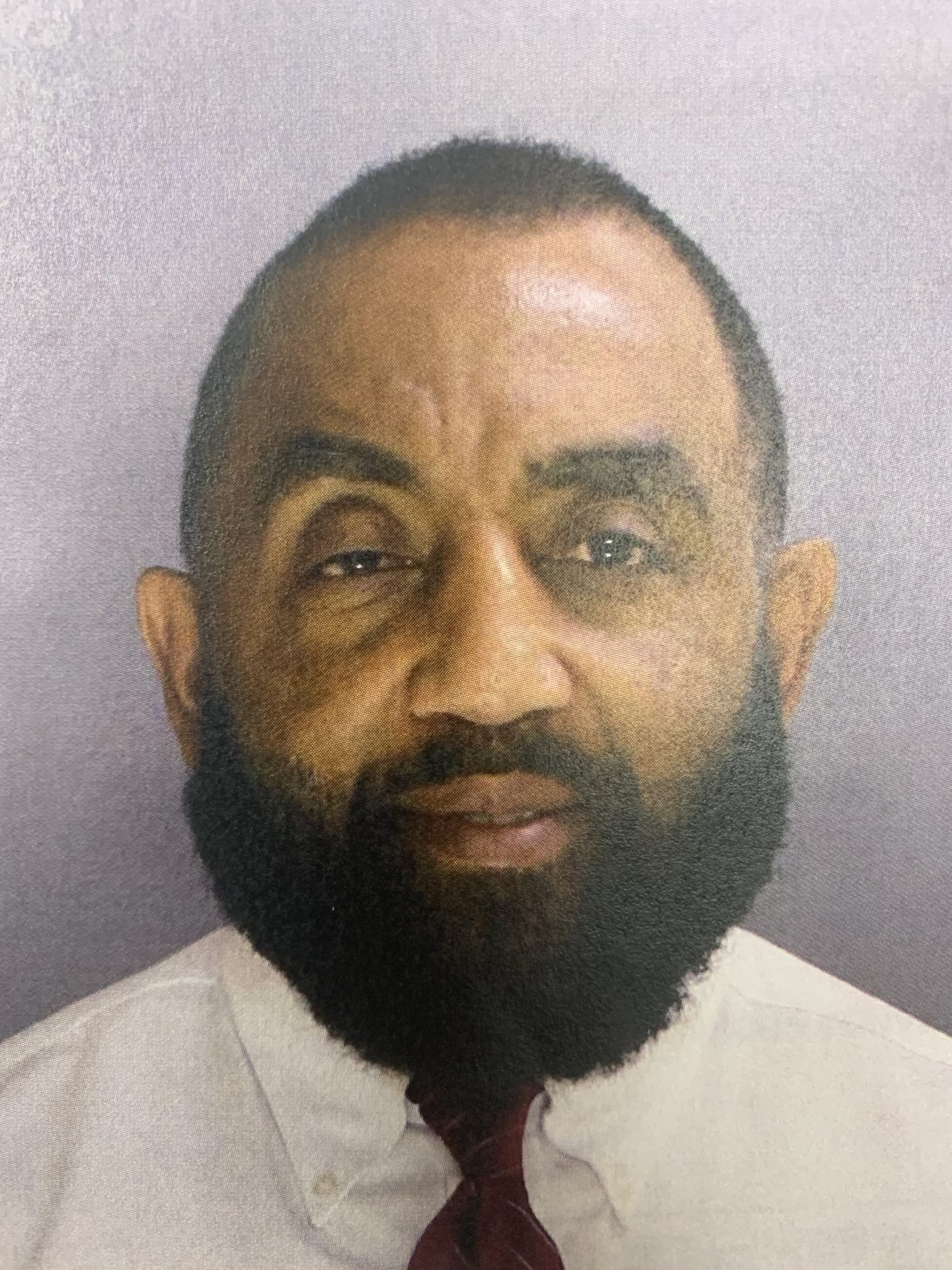 In late 2019, James Murphy, operator of Raven Knights LLC, faced charges of bribery and conspiracy related to security of the Mariner East 2 pipeline in Chester County. But in January 2021, a common pleas court judge dismissed all charges against Murphy. 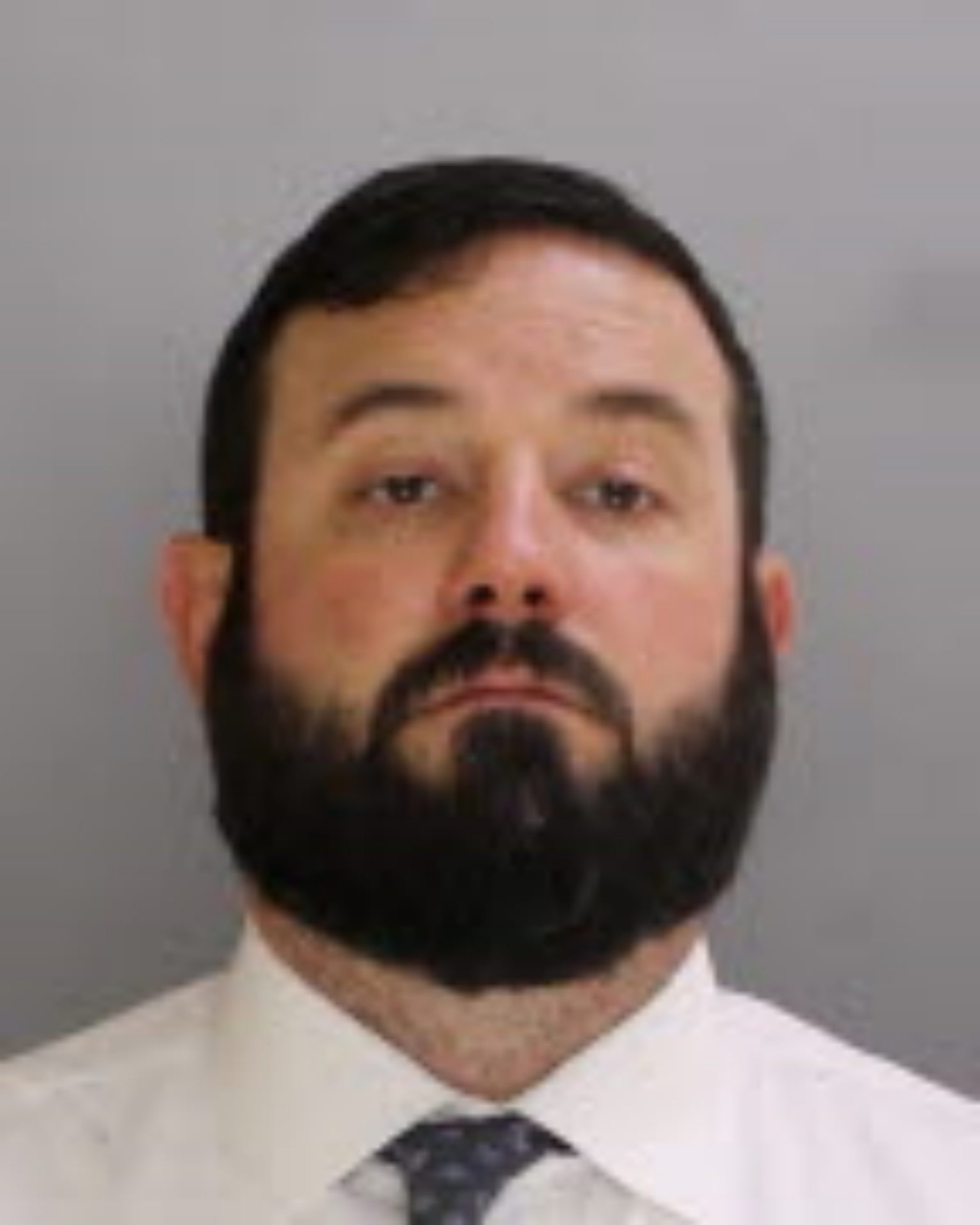 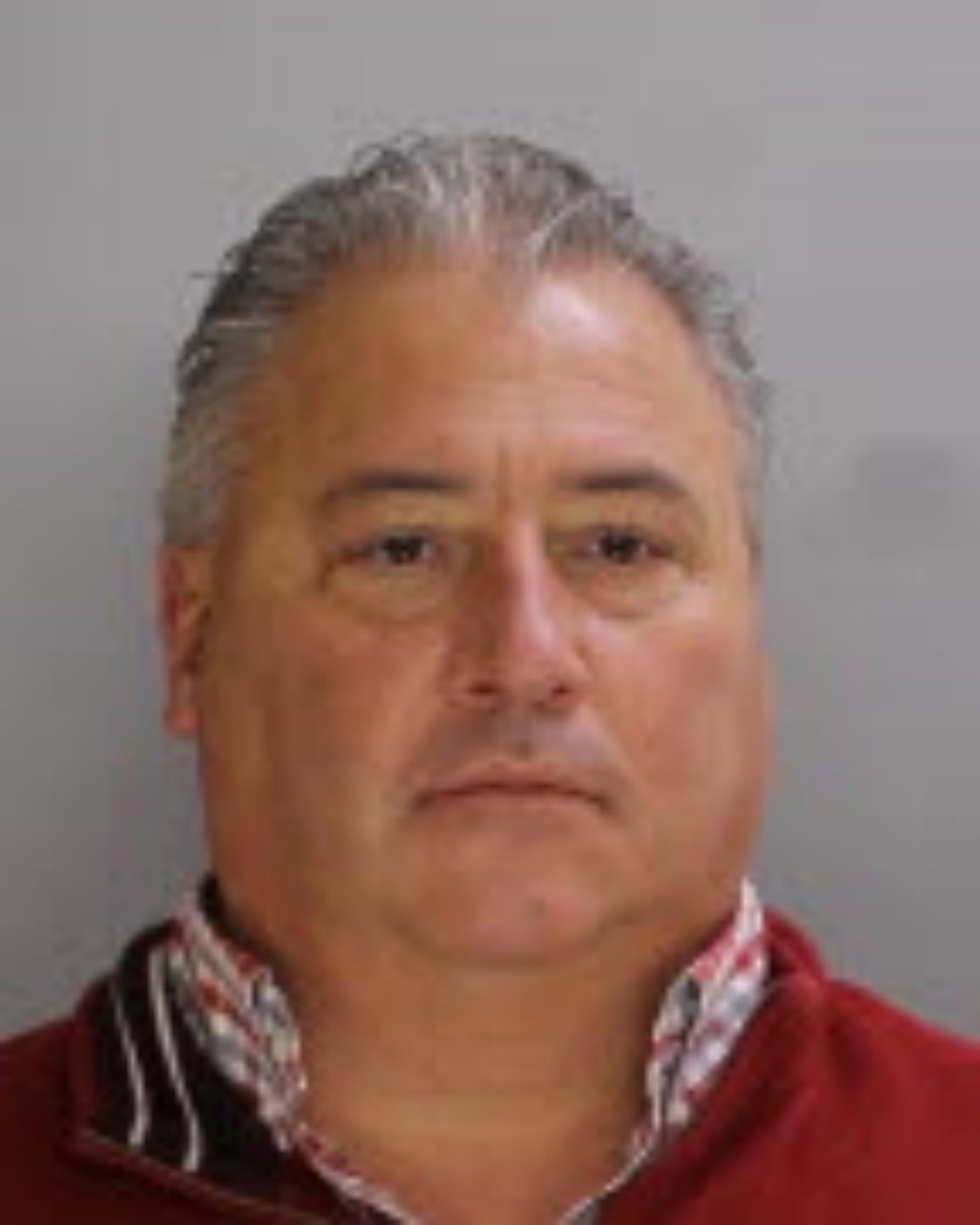 Energy Transfer contracted TigerSwan, an international security firm that also provided security for Energy Transfer’s Dakota Access pipeline, to provide security for the Mariner East project and oversee all subcontractors. TigerSwan’s site security supervisor Michael Boffo supervised a group of constables who worked on Lisa Drive, conducting the security operation out of an office at the Fairfield Inn in Lionville where they were trained to use body cameras, according to the complaint. Nikolas McKinnon served as the point of contact between Energy Transfer and the constables hired by Raven Knights.

In April 2018, an Energy Transfer executive suggested in an email obtained by the DA that the constables meet with parents who were concerned their children were being watched by armed guards 24/7 in order to “provide a higher level of comfort.”

Former Pennsylvania state troopers James Murphy and Richard Lester of Raven Knights LLC directly hired the constables, at least five of whom worked security at Lisa Drive, according to the complaint. Murphy is unable to have a detective’s license due to a 2001 felony conviction, but presents himself as the owner of Raven Knights. The payments from Energy Transfer to Raven Knights were funneled through separate subcontractors uninvolved in security. The constables were paid $25/hour by non-payroll checks. The two facing charges, Robel and Johnson, also failed to report the income on their state ethics statements.

During 2018 and 2019, Robel made $27,995 by working for Sunoco Pipeline in Chester County, while Johnson made $36,785 for the same work in 2018. They did not report the income on a statement of financial interests, as required by a state ethics law, Hogan said.

Court records indicate that charges for both Robel and Johnson include official oppression and bribery â€” for allegedly benefiting from violating a “known legal duty as a public servant.” They are both awaiting trial, records show.

“Recknagel and Energy Transfer wanted the power of the badge to enforce their corporate will and engaged in illegal activity to make it happen,” Hogan said in the release, “then hid the payments in a byzantine process to avoid detection of their role.”

Energy Transfer says the charges issued Tuesday against its employee are meritless.

“The Pennsylvania constables in question were hired by an independent, Pennsylvania-based security firm to support the West Whiteland Police Department in its efforts to maintain peace within the community,” Energy Transfer said in a statement. “Local law enforcement never expressed any objection to this security plan when it was discussed and implemented.Â  To now characterize the hiring of Pennsylvania constables as somehow intentionally unlawful is extremely troubling, not only for the individual charged, but also for the community that benefitted from the presence of trained security.”

When reached by phone for comment, an employee of TigerSwan said he “could not help.”

West Whiteland Township police department says Energy Transfer had asked about hiring off-duty police officers to provide security at the site, which it declined, saying it did not believe such security was necessary.

It’s not the only ongoing investigation related to the Mariner East project.

In March, the Delaware County district attorney and the state Attorney Generalâ€™s office together opened a separate investigation into alleged criminal conduct in the building of the pipeline. Delaware County DA Katayoun Copeland said the pipeline â€śposes certain concerns and risksâ€ť to residents.