Porkfish with tomtates, jacks, sponges and algae on ledge are shown in this underwater photograph taken while scuba diving at Gray's Reef National Marine Sanctuary Monday, Oct. 28, 2019, off the coast of Savannah, Ga.

What can be saved? Sanctuaries safeguard the seas 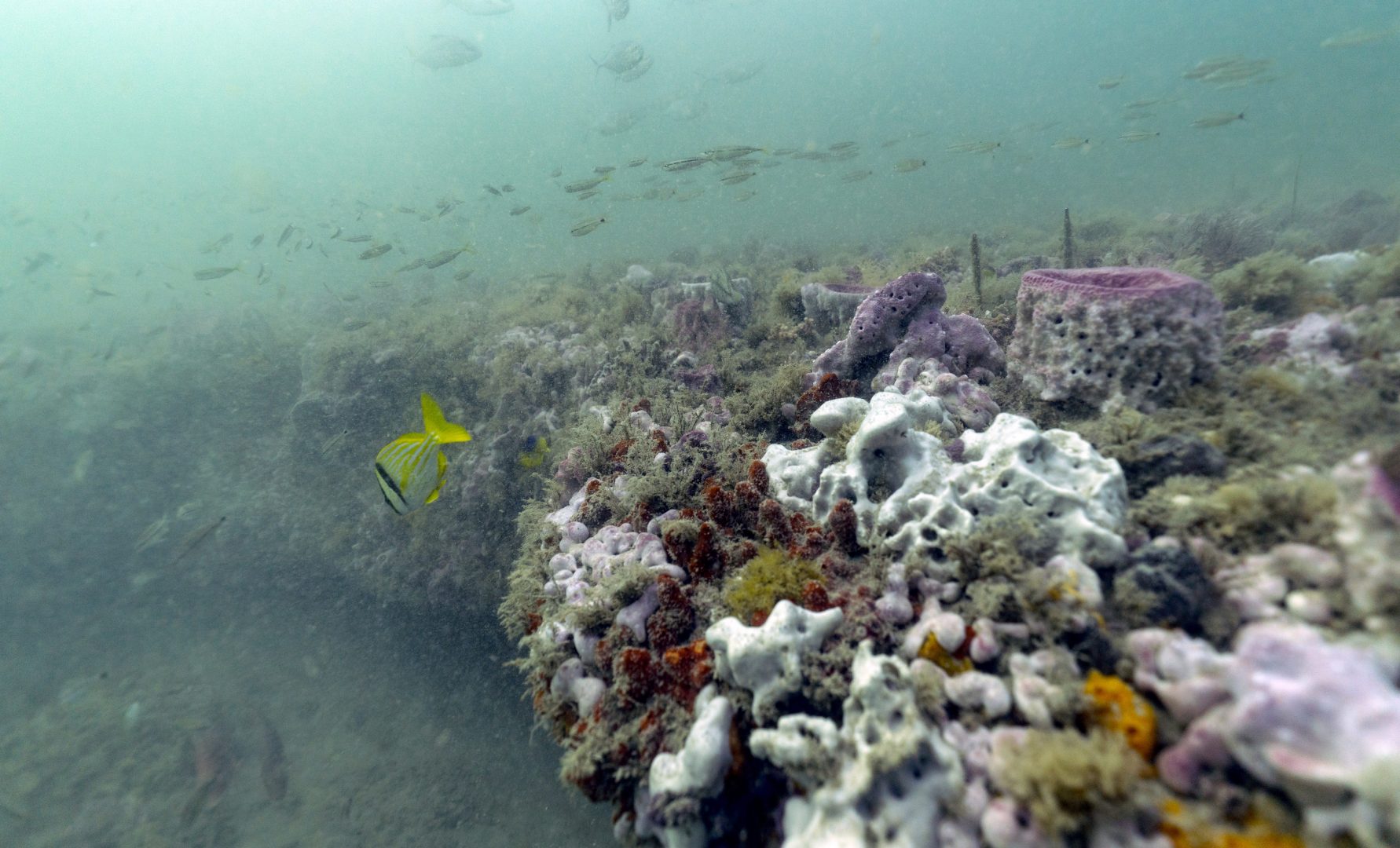 Porkfish with tomtates, jacks, sponges and algae on ledge are shown in this underwater photograph taken while scuba diving at Gray's Reef National Marine Sanctuary Monday, Oct. 28, 2019, off the coast of Savannah, Ga.

Off the U.S. coast, a protected patch of water teems with sponges, barnacles and other sea life.

Since its designation as a national marine sanctuary nearly four decades ago, Gray’s Reef has emerged as a global inspiration for protection of the world’s oceans.

The 22-square-mile patch of reef off the Georgia coast is home to more than 200 species of fish and an array of nearly 1,000 different kinds of invertebrates. Recreational fishing and diving are allowed, but commercial fishing and other kinds of exploitation are not.

“We encourage people to fish and dive in the northern two-thirds of the sanctuary. While another tool we use is the research-only area, which is closed to fishing and diving” and that allows researchers to compare, says Kimberly Roberson of Gray’s Reef National Marine Sanctuary.

Following the lead of the U.S., other nations have designated similar sanctuaries and protected areas; they now cover about 6% of the world’s oceans.

Several years ago, the world agreed to protect 10% of the planet’s oceans by 2020. The United Nations said in a 2017 statement that it was on its way to the goal.

As impressive as it is, scientists say protecting broad swaths of the ocean might not be enough to preserve marine ecosystems in the era of climate change and warming waters.

A study last year examined the effect of climate change on the world’s marine protected areas. It found these safe zones will warm by nearly 5 degrees Fahrenheit by 2100, destroying species and marine life despite the existence of protections.

“We should have no illusion about the capacity to reverse the change,” says Daniel Pauly of the University of British Columbia. If society doesn’t curb greenhouse gas emissions, “we’ll have a gloomy future.”

Another big problem is the difficulty of enforcing rules that keep out commercial fishing and other extraction industries from vast areas where few people ever venture, particularly in developing parts of the world where resources are limited.

“Sometimes fishermen are just too tempted by the resources that are available in these protected areas and they will potentially enter the zone to fish illegally,” says Brendan Tougher of the Anthropocene Institute.

The group uses radar technology to monitor in real-time boats that have veered into protected areas. “We have better understanding of how humans are using these areas and whether or not regulations are being followed or not,” says Tougher.

If Gray’s Reef weren’t protected, experts say, the diverse habitat could have vanished due to industries such as bottom-trawl commercial fishing, which are now prohibited there.

“We’re not protecting these areas for ourselves, they’re for our nation,” says Roldan Munoz of the U.S. National Marine Fisheries Service.