Matthew Braun, a first-year medical student at Pacific Northwest University of Health Sciences in Yakima, Wash., says his personal history with opioids will help him care for patients.

Medical students say their opioid experiences will shape how they prescribe 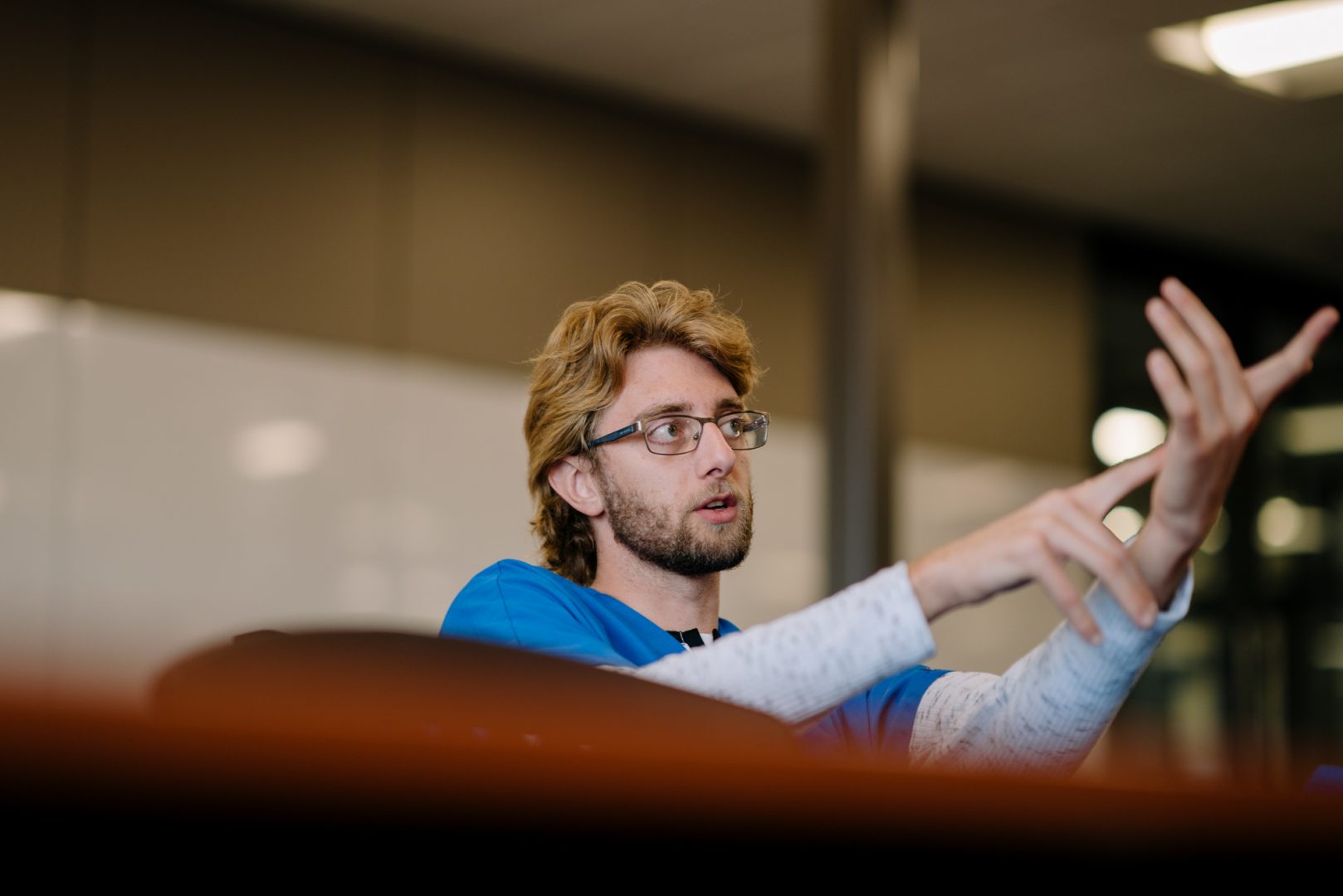 Matthew Braun, a first-year medical student at Pacific Northwest University of Health Sciences in Yakima, Wash., says his personal history with opioids will help him care for patients.

When Matthew Braun gets out of medical school, he’ll be able to prescribe opioids.

A decade ago, he was addicted to them.

“The first time I ever used an opioid, I felt the most confident and powerful I’d ever felt,” Braun says. “So I said, ‘This is it. I want to do this the rest of my life.’ ”

Opioids took away his anxiety, his inhibitions, his depression. And they were easy to get.

“I just started breaking into houses,” Braun says. “I found it amazing how trusting people were in leaving windows open and doors unlocked, and I found a lot of prescriptions.”

Vicodin, OxyContin, tramadol. The drugs were everywhere. At the time, more than a decade ago, doctors and dentists were writing lots of prescriptions — even to Braun.

Braun, who hasn’t used opioids in years, is now a first-year medical student at Pacific Northwest University of Health Sciences in Yakima, Wash. He told his story at a two-day summit on opioids held in Yakima.

One goal of the event was to get past the angry rhetoric that often surfaces in discussions of opioids.

“It can get very hostile,” says Edward Bilsky, a pain researcher and the university’s provost and chief academic officer.

Bilsky has heard people in the addiction community blame chronic pain patients for opioid overdoses. The logic is that widespread use of opioids for pain has fueled addiction and abuse.

“And on the flip side,” Bilsky says, “pain groups are saying, ‘No, it’s [people in the addiction community] that abuse these drugs, and now I can’t get access to something that did give me some semblance of quality of life.’ ”

Bilsky says the summit was designed to help the pain and addiction communities acknowledge common barriers — such as stigma and access to care — and encourage them to work together to find solutions.

So in addition to people like Braun, who has experienced addiction, the event included people like Katie Buckman, a third-year medical student at the university who gets severe migraines. 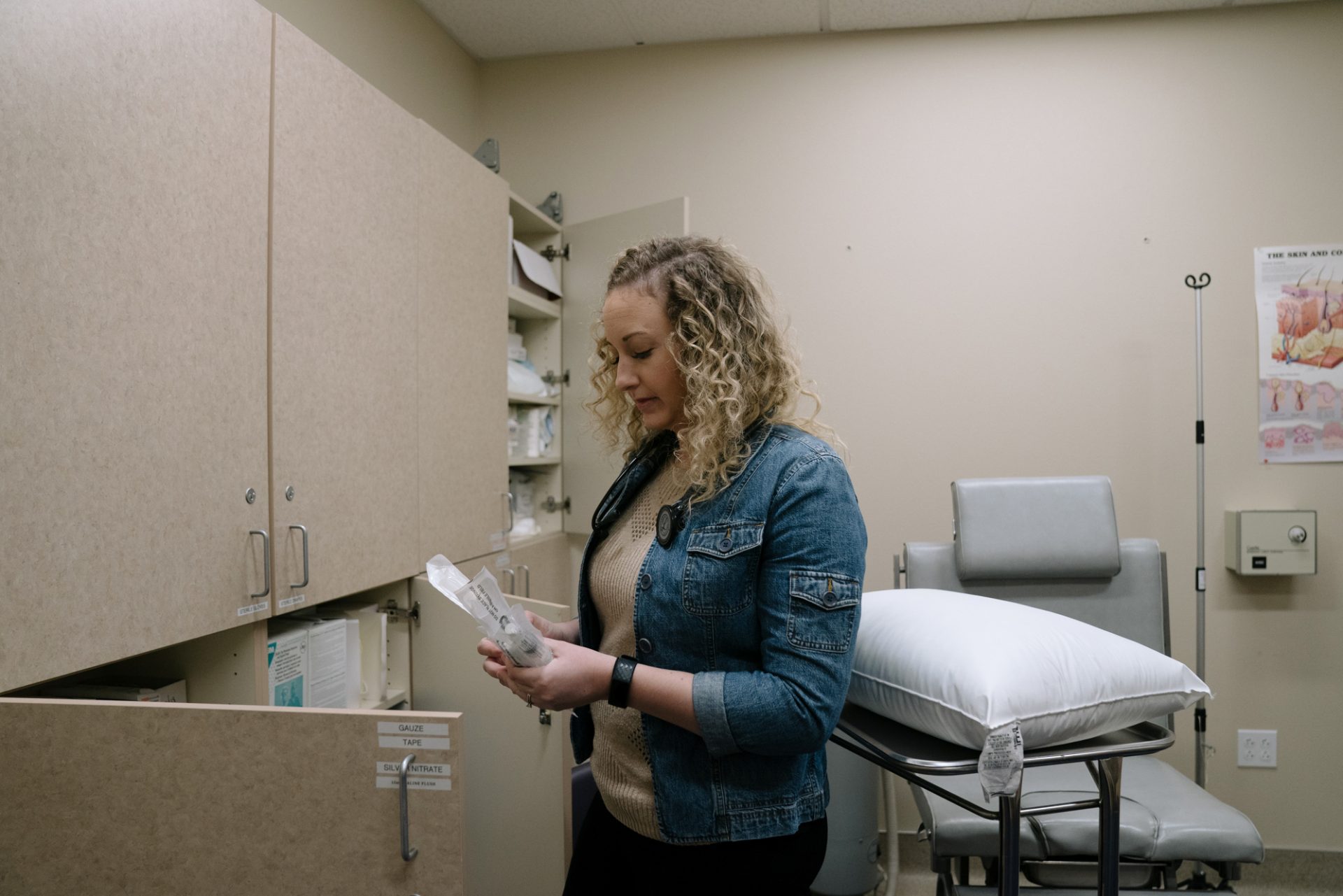 “It feels like your head is going to explode,” Buckman says. “And on top of that, you can’t tolerate light, and the nausea and vomiting — you’re just miserable.”

Migraines almost forced Buckman to leave medical school. But she has been able to continue with help from a primary care doctor who understands the severity of her pain.

“If I’m lucky enough to have the migraine between Monday and Friday from 8 to 5,” she says, “I can call him and get a shot of Demerol,” which is an opioid.

That’s rare, Buckman adds. Her migraines have largely disappeared since she started on a new preventive drug a few months ago. When they do crop up, her usual remedy is Benadryl and fluids.

But Buckman still remembers the stigma that pain patients can face when they show up in a hospital’s emergency department.

“One time I had a doc, before he even came in and introduced himself as my caregiver, he just popped his head in, said, ‘Well, you’re not going to be receiving any narcotics today,’ ” Buckman says.

Then there are doctors like Tom Eglin, an emergency physician who also participated in the opioid summit.

Eglin is a faculty member at the university and works at Virginia Mason Memorial hospital in Yakima. So he knows what can happen to drug users who take a powerful opioid like fentanyl thinking it’s something less potent.

“They go into respiratory arrest,” he says. “And if they’re lucky, [a first-responder] has naloxone and can reverse that.”

But Eglin also sees patients who clearly need an opioid. They may have excruciating pain from a kidney stone, a fracture or a bad burn.

“Pain is the primary reason that people come to the emergency department,” he says. “A typical night we’re always writing prescriptions for pain medications.”

The big challenge for an emergency physician is deciding whether a patient with no detectable injury is seeking drugs, Eglin says. 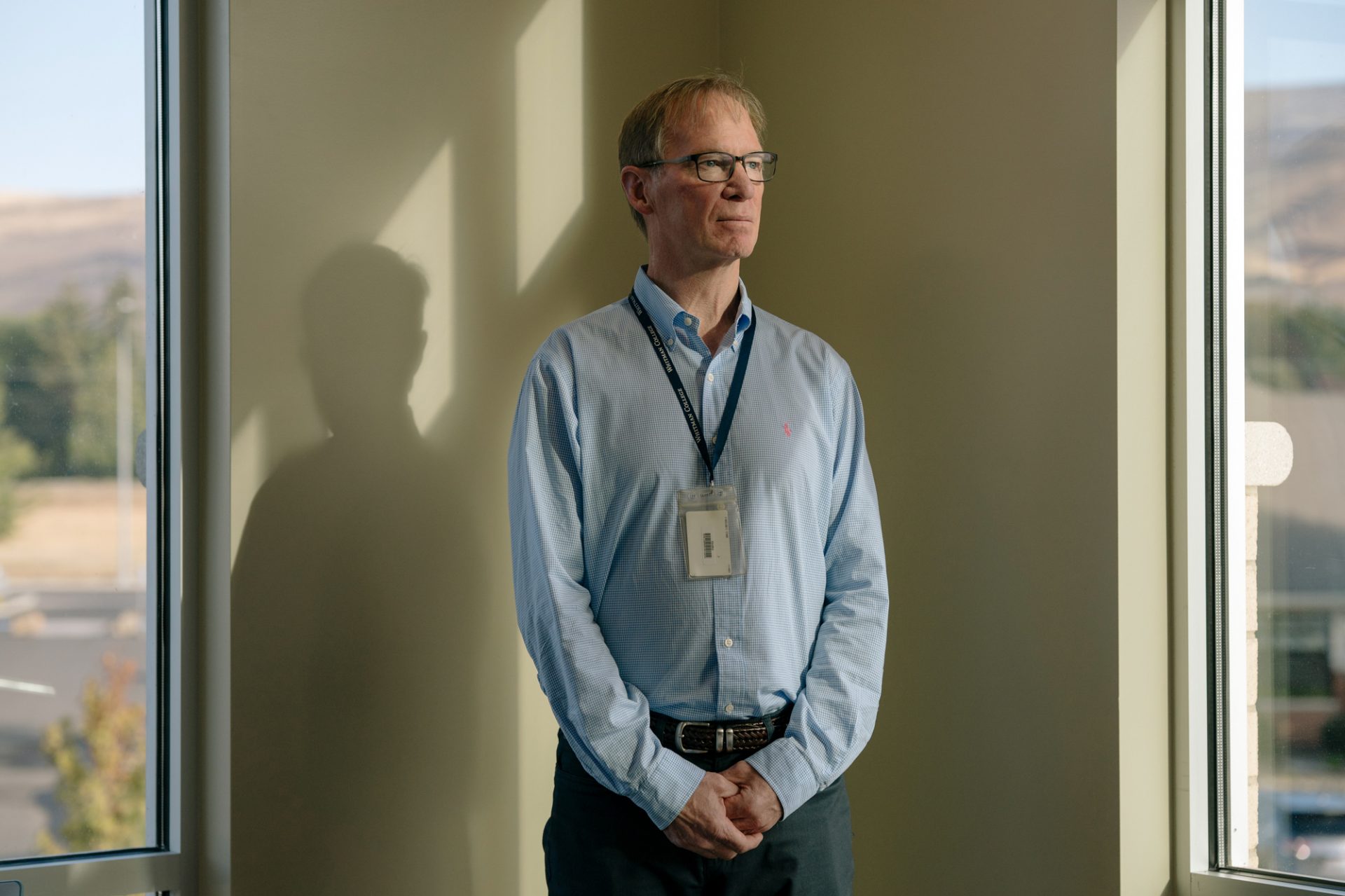 “Pain is the primary reason that people come to the emergency department,” says Tom Eglin, an emergency room doctor and faculty member at Pacific Northwest University of Health Sciences.

“Sometimes it’s obvious,” he says. “But the majority of the time, it’s not just difficult — it’s impossible.”

Disabling back pain, for example, often occurs in patients with normal X-rays and CT scans.

And maybe, Eglin says, looking for drug-seeking behavior isn’t a doctor’s most important job when someone comes to them in distress.

“I try not to make that judgment,” Eglin says. “Whether they’re addicted or whether they’re a migraine sufferer, they are still there for pain relief. And most people who are addicted still have the perception of bad pain.”

What’s frustrating, Eglin says, is that even when patients end up in the emergency room from an overdose, there’s no easy way to get them into a treatment program. “Most of the time they get discharged to the street,” he says. 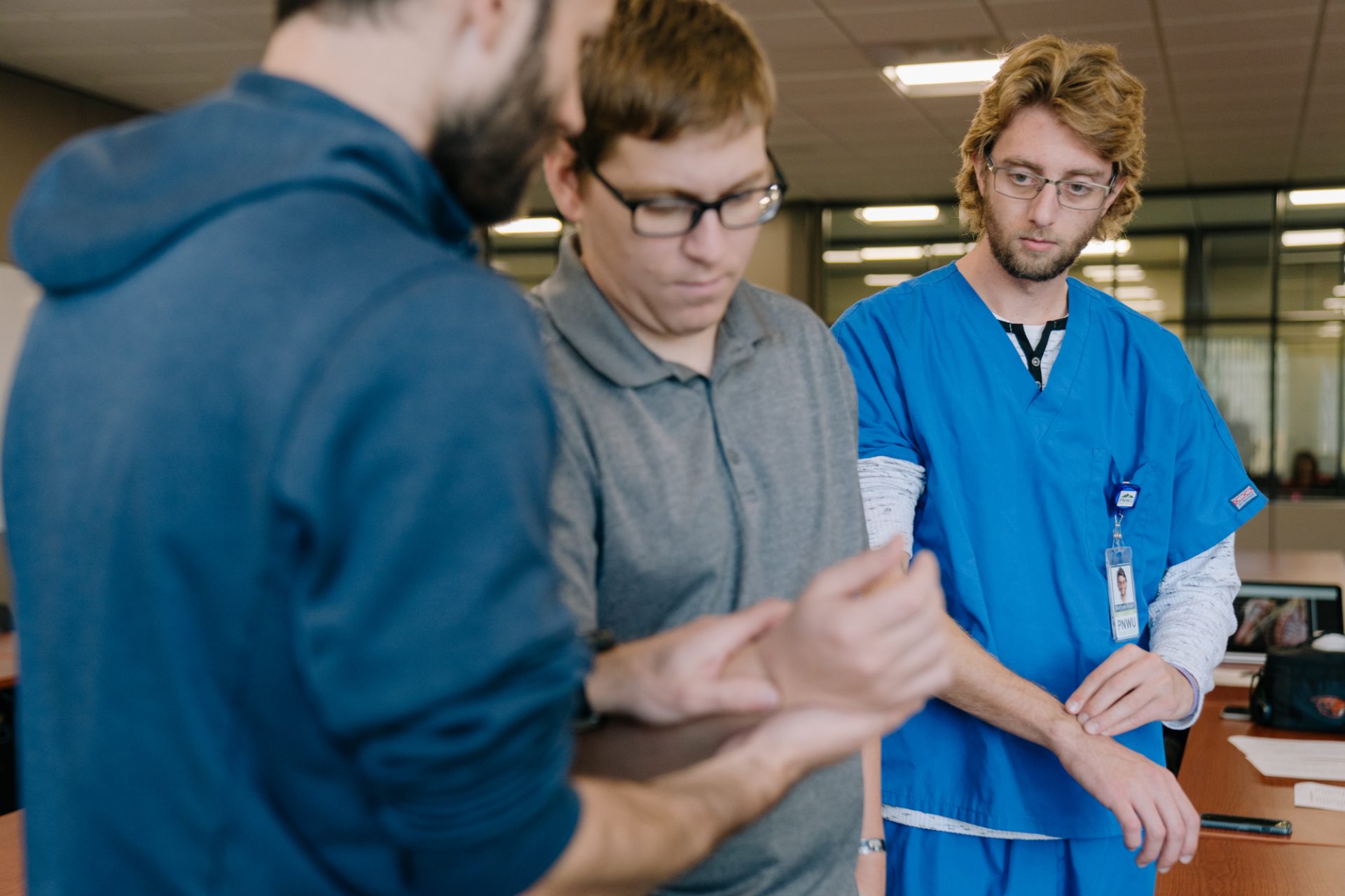 People addicted to opioids and people in chronic pain have a lot in common: Both groups face stigma, often struggle to get treatment and need doctors who understand their problem.

That’s a lesson medical students Buckman and Braun have embraced.

Once she’s a doctor, Buckman says, “I’ll be able to empathize at a different level because I have experienced severe pain.”

And Braun says his own history of addiction will help him treat people with that condition.

But even someone in recovery may need an opioid for certain types of pain, he says, adding that he’d write a prescription if it were appropriate and the patient was taking active steps to avoid relapse.

Woman sues Philadelphia pharmacy for outing her as transgender, HIV-positive