They are protesting what they deem a hostile work environment created by newspaper leadership. 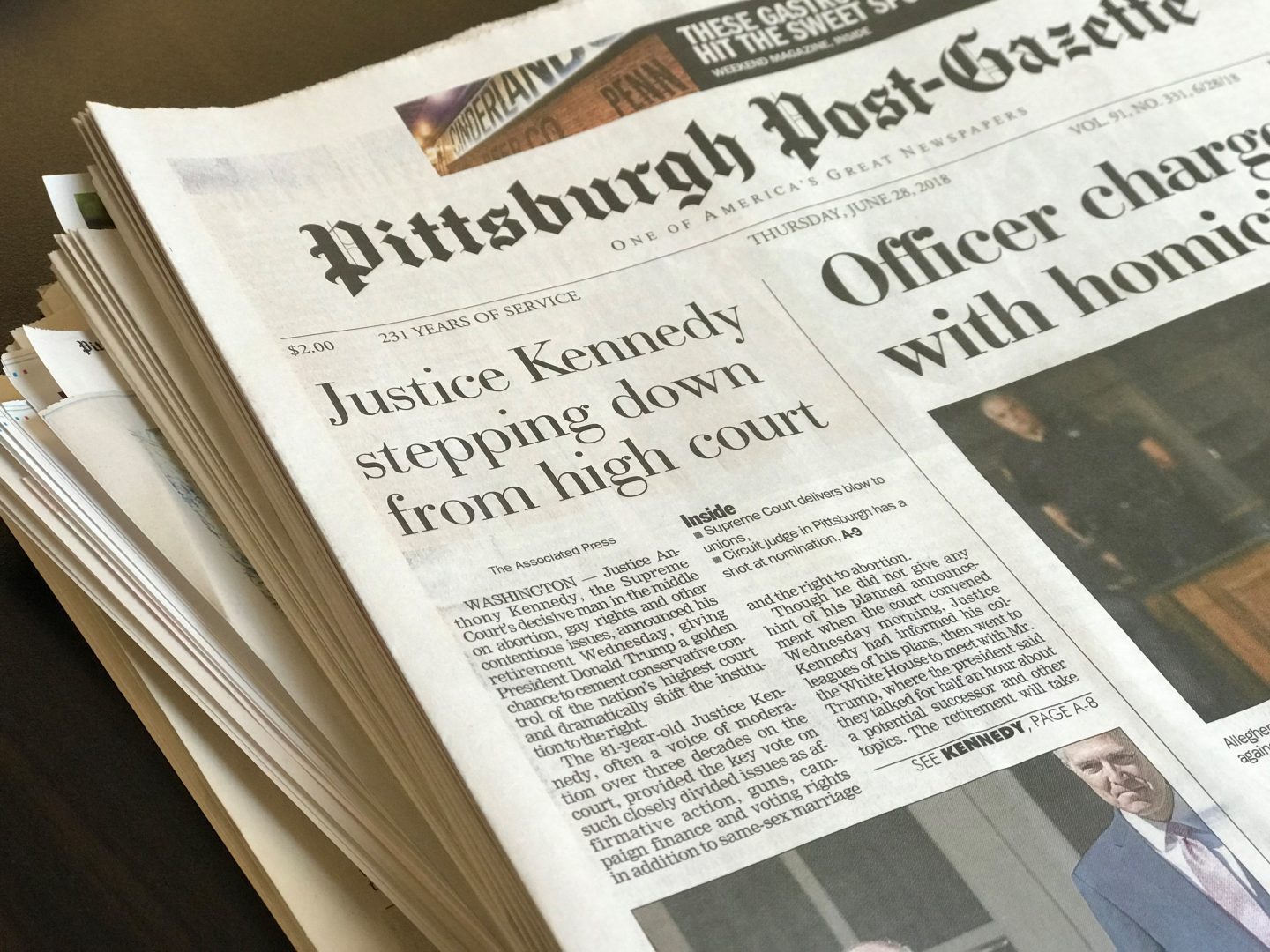 (Pittsburgh) — Newsroom staff at the Pittsburgh Post-Gazette will begin a byline strike Wednesday, removing their names from articles, in protest of what they deem a hostile work environment created by newspaper leadership.

“Keith Burris, John Robinson Block and his twin brother Allan, BCI chairman, have declared an unprecedented scorched-earth war on their employees and the culture of the PG newsroom,” said Newspaper Guild of Pittsburgh president Michael Fuoco in a press release.

The newspaper union laid the blame at the feet of the Block publishers as well as Burris, the paper’s executive editor, for the multiple “beloved” newsroom managers who have been fired, forced out, or left the paper this year. The Guild took an “unprecedented” vote of no confidence in Burris.

Burris “cultivated hurt and bewilderment among his staff through his belittling behavior toward individual Guild members,” the release said. “This had led to turmoil and uncertainty among the remaining staff and has contributed to a desperate exodus of 16 talented journalists from the 2019 Pulitzer Prize-winning newspaper over the last six months.”

The Guild’s statement said Burris has retaliated against several newsroom staff “who have challenged him in any way to positions that adversely affect their lives or their work.” 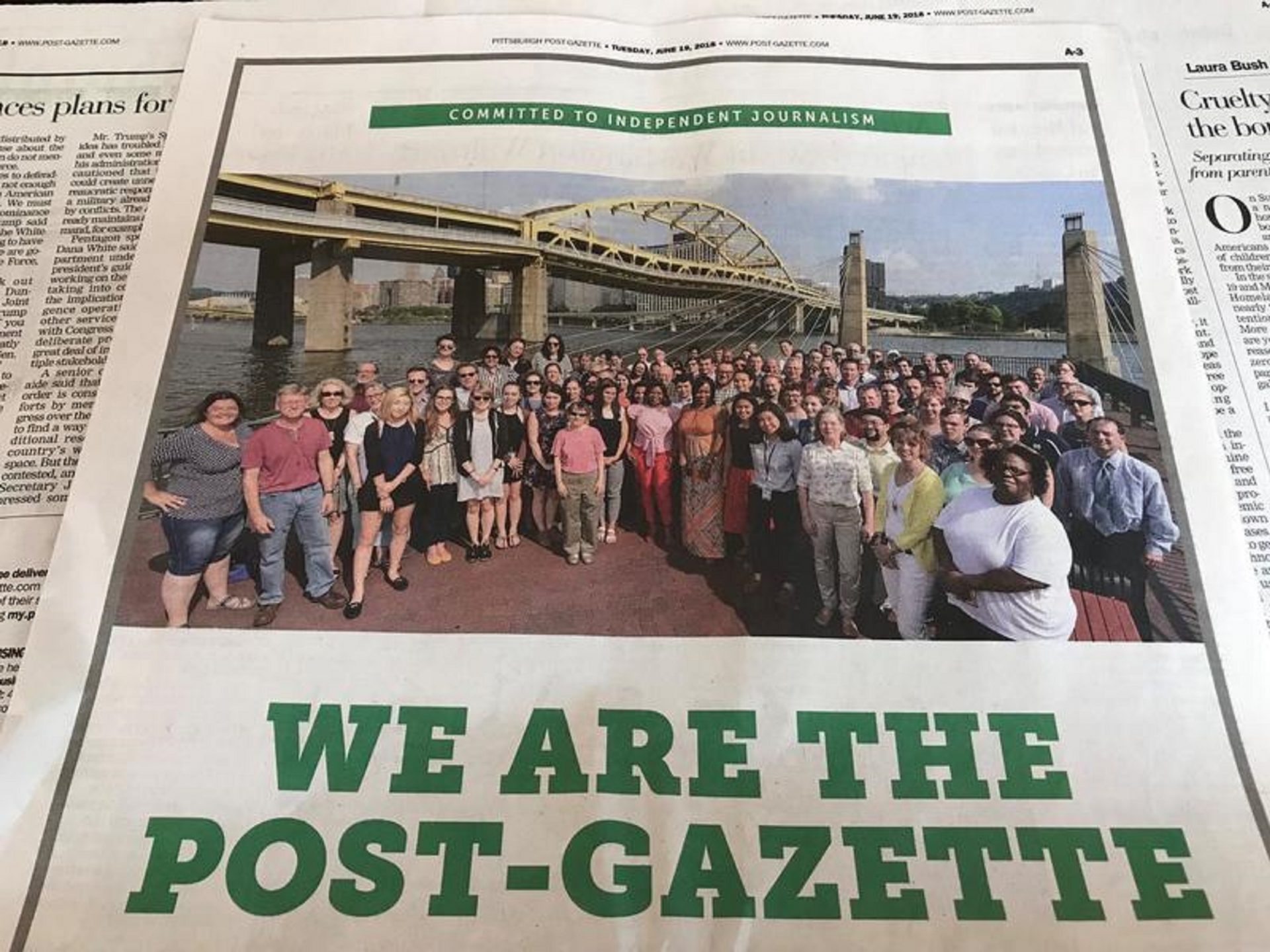 An ad taken out by staff at the Pittsburgh Post-Gazette is pictured.

Fuoco said the byline strike is indefinite, and will continue until the union feels it’s gotten its point across to the company. The Guild last went on a byline strike in 2018, to protest more than 12 years without a raise.

Union negotiations have been stalled for nearly three years. The once-daily paper cut print publication to three days a week earlier this fall.

A Post-Gazette spokesperson did not immediately respond to a request for comment.