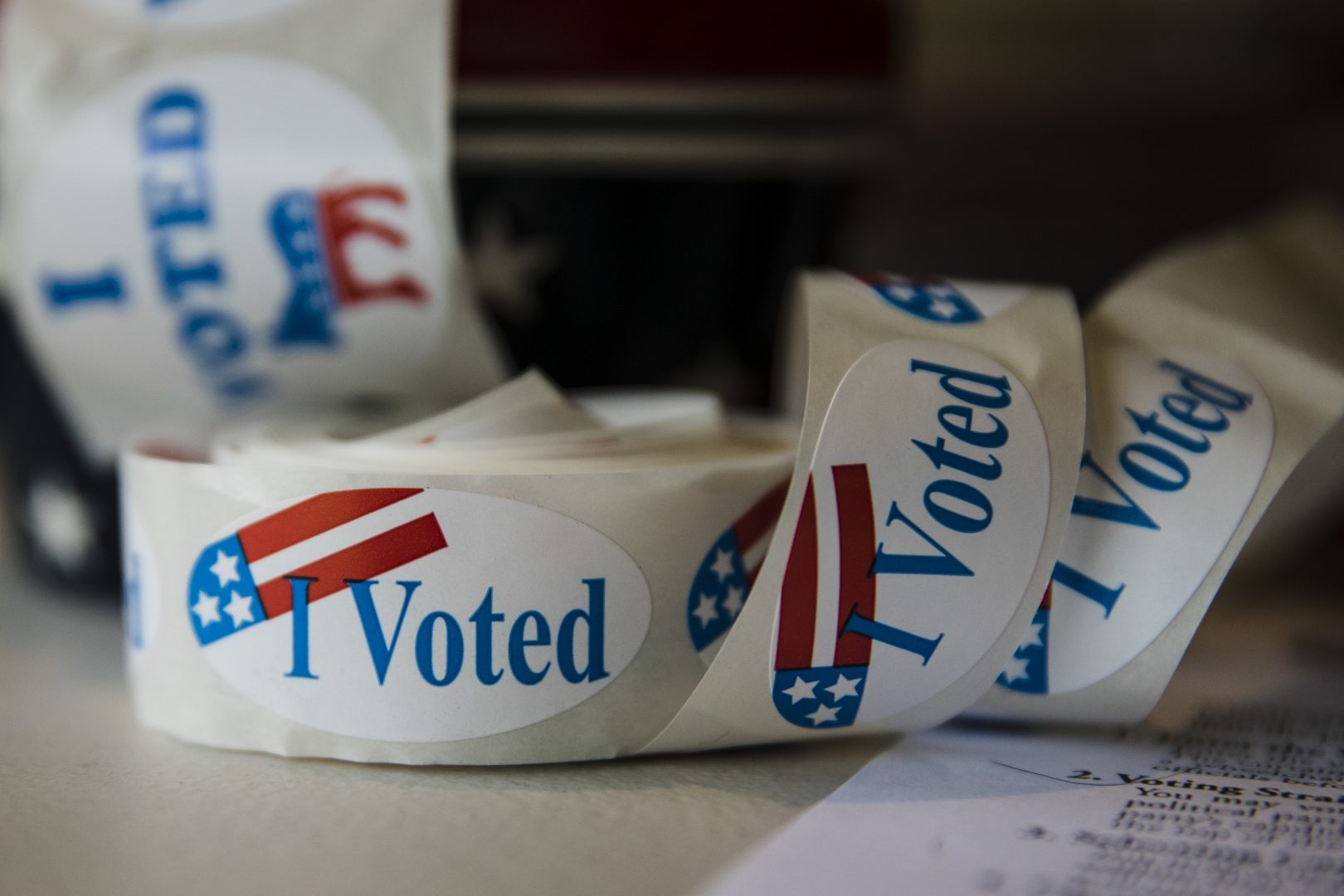 York County’s board of commissioners apologized Tuesday night for delays and problems at polling places, as the state Republican Party said it received “endless reports of voter machine malfunctions” across the state.

In York County, she said, ballots had been printed on the wrong paper stock size, which scanners rejected. New ballots were printed on the right size paper, she said, and the ballots spit out by the scanners will be counted by hand.

At a news conference Tuesday night in York, the state GOP’s election day attorney, Rebecca Warren, said that around 4:30, party officials were told there were 420 ballots that had been set aside to be counted later. She said the party planned to file a request for injunctive relief to ask that “the ballots be secured, that they be transported appropriately to the courthouse, and that they be properly counted.”

Later Tuesday, the county and GOP worked out an agreement about the security of the ballots, which they will ask a judge to approve on Wednesday morning.

During the day, voters in York County complained of delays caused by problems with the ballot scanning devices.

State Sen. Kristin Phillips-Hill, R-York, said she started getting calls shortly after the polls opened Tuesday morning that the machines were jamming and causing delays. She said those problems could affect voters’ confidence in the election.

“One machine per polling place was simply not enough to move smoothly,” county spokesman Mark Walters said in a statement. “The county also misjudged the time it would take to scan two ballot sheets per person.”

York County introduced voting machines made by Dominion Voting Systems Inc. The optical-scan ballots are marked by voters using pens, then are fed by each voter into a scanning machine, with every paper ballot kept on file should an audit be needed.

Walters said if ballots could not be immediately scanned by the machines, there is a way to store them so they can be counted later. In his emailed statement Tuesday night, he said ballots that were put in “emergency holding boxes will be scanned at the polling places.”

The state GOP said in its news release that “voters in several counties threw away ballots due to excessive wait times” and said there was a “complete breakdown” of the electoral process.

The biggest problem, Warren said, was that “these new election machines, with the scanners, do not appear capable of handling the volume. And this is what we consider an off-year election. I can’t imagine the chaos that would’ve ensued if this occurred in 2020.”