Supporters of a community college in Erie sit in the front during a committee meeting for the State Board of Education on Oct. 29, 2019.

But the top-ranking Republican in the Senate is opposed

Gov. Tom Wolf’s administration is supporting efforts to establish a standalone community college in Erie County. But the top-ranking Republican in the GOP-controlled state Senate opposes the move.

Erie County applied to create its own community college in 2017, and the State Board of Education could take action next month on the application.

In a letter to the board, Wolf expressed his support.

“A community college in Erie would create new higher education opportunities in the region and help to meet the training and workforce development needs of the business community,” Wolf wrote.

During a Tuesday meeting of a special committee for the State Board of Education, several business and community leaders from Erie said the area needs its own community college to help lift people out of poverty and meet the demands of employers.

“Much investment is coming to Erie County currently,” County Executive Kathy Dahlkemper told the committee. “And yet the biggest concern economically is the skills, training and workforce development of our people.”

Ron DiNicola, an attorney and a leader of the community college efforts, told the committee that Erie still has a strong manufacturing base.

“But we’re struggling in the deep waters of high technology and rapidly changing requirements,” DiNicola said. “We must have a community college and a state of the art workforce development center in order to compete.”

Under the plan submitted by Erie leaders, a full-time student taking 15 credits per semester could expect to pay about $3,500 in tuition and fees for one year, according to the Pennsylvania Department of Education. The department says that is cheaper than other options in the area.

The Erie Community Foundation is a major backer of the effort, and it would contribute a little over $4 million before the college launches through its first five years, according to the plan. The county would also use gaming funds for the operations.

The Pennsylvania Department of Education estimates that the creation of a new community college would cost the state about $2.1 million in its first year, with $1 million of that going toward operating costs and the rest to capital costs and leases. Total state funding would be less in the following years, according to state projections for the first five years.

In a report released Tuesday, the department projected that the county has enough people and wealth to sustain a community college.

He said the area already has the Northern Pennsylvania Regional College, an open admissions college that serves nine counties and describes itself as neither a traditional campus-based college nor an online college. Multiple classroom locations across the region are brought together with live video, the college says.

Scarnati said adding a standalone community college in Erie County would increase the financial burden on the state, and ultimately, taxpayers. He said the campus-based model isn’t working at places across the state. 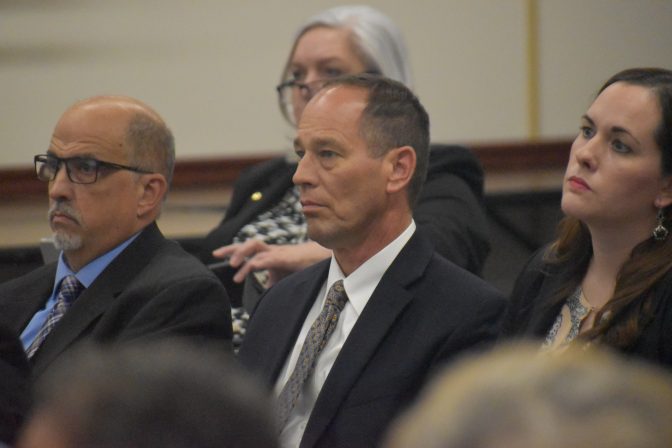 State Sen. President Pro Tempore Joe Scarnati, R-Jefferson, center, listens during a committee meeting for the state Board of Education.

“I ask that you do not choose to elevate Erie at the expense of other counties,” Scarnati said.

While the application to open the college will be evaluated by the State Board of Education, state funding is up to the General Assembly and the governor. 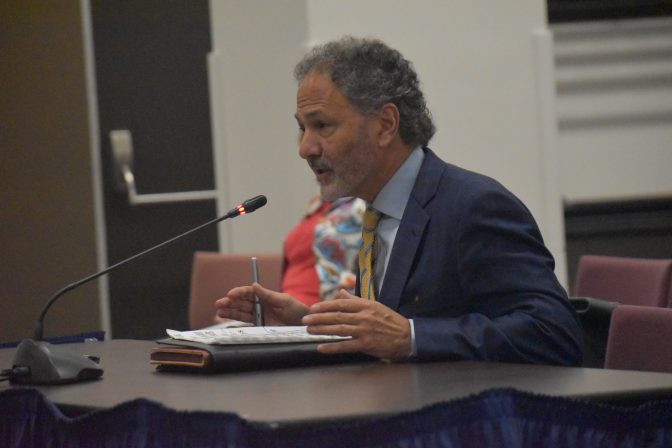 Ron DiNicola, a supporter of creating a standalone community college in Erie, speaks during a committee meeting for the State Board of Education on Oct. 29, 2019.

Suburban Philly Republicans say they won’t allow supervised injection sites. The problem? No one is proposing one.