What can be saved? Living with lions 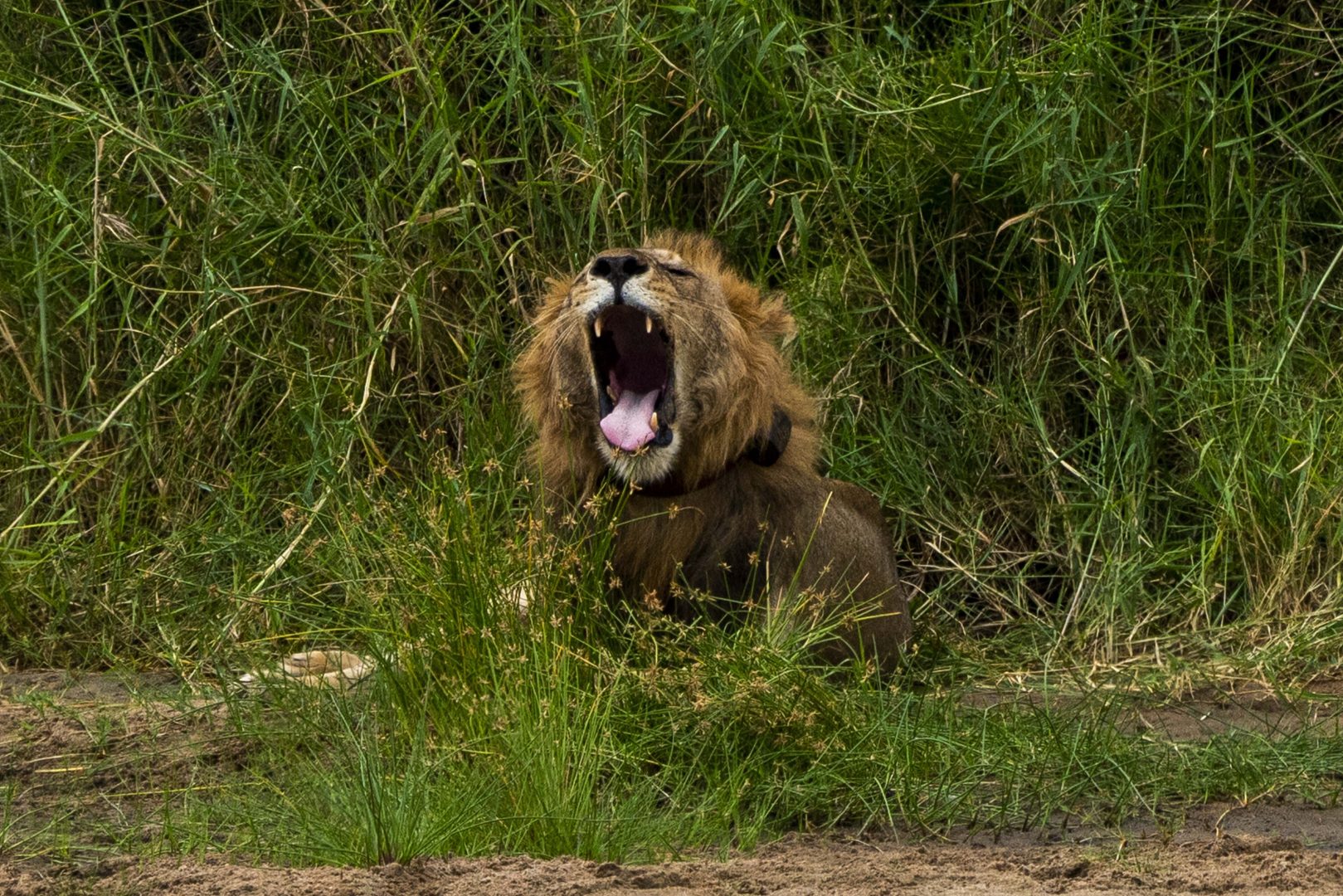 More than a third of Africa’s remaining 22,500 lions live in Tanzania. Pastoralist people called the Maasai herd cattle on the same land that lions roam.

A few years ago, Saitoti Petro would have followed in his father’s footsteps, hunting down any predator that attacked their livestock.

The Maasai depend on their livestock for income and food.

When a lion eats a cow, Maasai warriors will retaliate.

“The main reason Maasai kill lions is the slaughter of their cows,” says Petro.

But Petro is now part of an effort to protect lions, by safeguarding domestic animals on which they might prey.

Across Africa, the number of lions has dropped by more than 40 percent in two decades, putting lions on the list of species scientists consider “vulnerable” to extinction.

The biggest reason for the decline is the loss of habitat. But on open savannahs where lions still roam, poaching for body parts and revenge killings are the next most significant threats.

Retaliatory killings have also become more deadly in recent years, as many people have switched from spearing individual lions to leaving out poisoned carcasses.

“Instead of just losing one lion in a conflict incident we can lose the entire pride up to 10, 15 animals at a time,” says Laly Lichtenfeld, co-founder of African People & Wildlife. 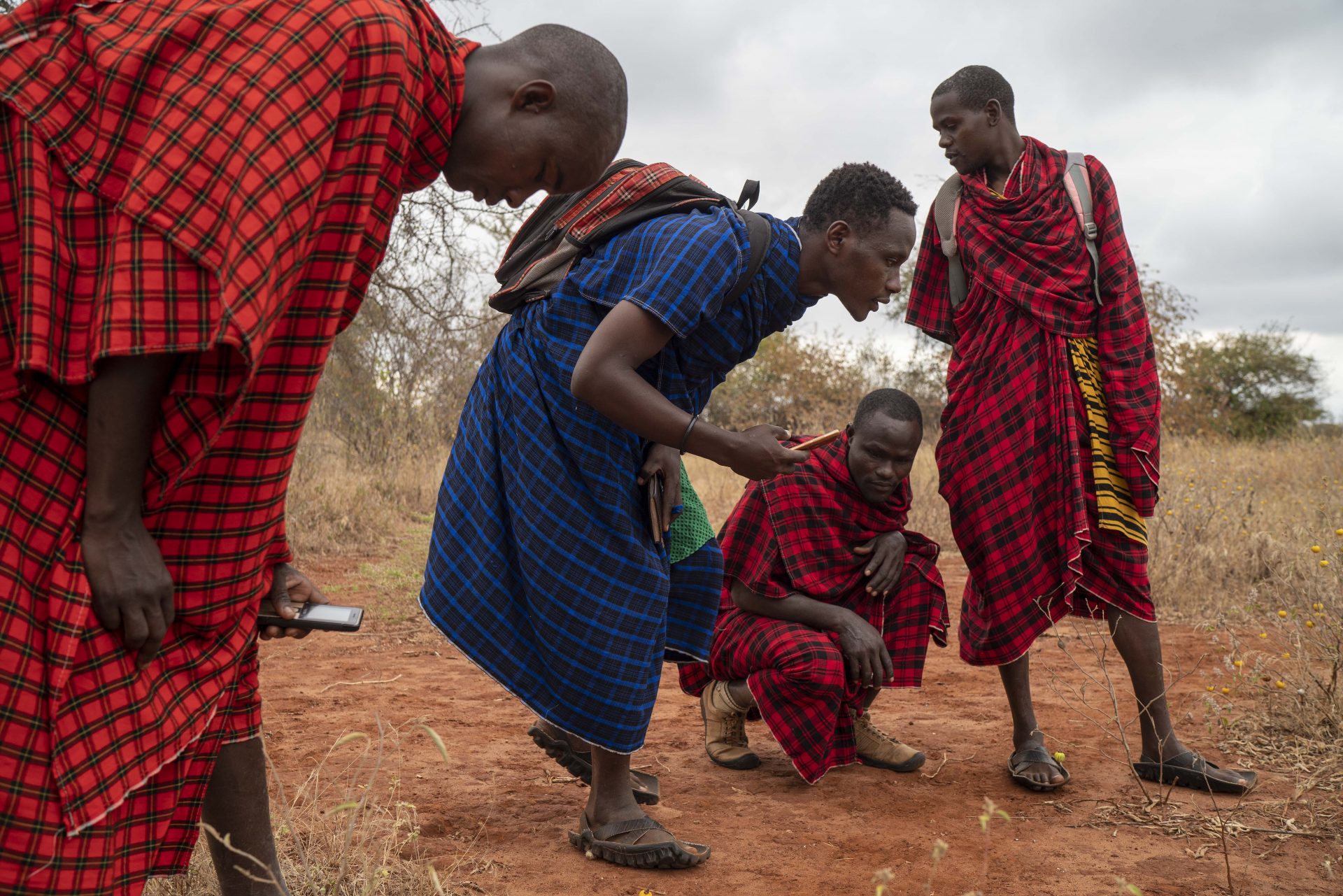 In this Saturday July 6, 2019 photo, Saitoti Petro, center wearing blue, tracks lions near the village of Loibor Siret, Tanzania. Petro is one of more than 50 lion monitors from communities on the Maasai Steppe who walk daily patrol routes to help shepherds shield their cattle in pasture, with support and training from a small, Tanzanian nonprofit called African People and Wildlife.

Over the past decade, the Tanzanian nonprofit has helped train more than 50 lion monitors, like Petro, from communities on the Maasai steppe. They walk daily patrol routes to help shepherds shield their cattle in pasture.

The group has also helped more than a thousand extended households to build secure modern corrals made of living acacia trees and chain-link fence to protect their livestock at night.

“I’ve not been attacked at night. Not even once. Neither goats or cows,” says Petro Lengima Lorkuta, Saitoti’s father and a Maasai warrior.

In 2017, there were 15 attacks on lions in retaliation for livestock deaths. That number is down to three so far in 2019.

Aside from retaliatory killings, poaching is another big concern.

“This is the big new sort of red flag on the horizon. Lions are now being killed all over Southern Africa in large numbers and have their faces cut off their feet cut off for trinkets,” says Paul Funston, South Africa Regional Director of Panthera.

But Lichtenfeld and other conservationists believe if given the chance, the lion population can rebound.

“They reproduce quickly, they have low interbirth intervals, so if they are given that break, that moment to breathe, they will flourish once again across these incredible landscapes,” says Lichtenfeld.

Lorkuta, who once killed two leopards and a lion in retaliation for attacks on his cattle, now sees lions in a different light.