People pray at a makeshift memorial for shooting victims, Tuesday, Oct. 1, 2019, in Las Vegas, on the anniversary of the mass shooting two years earlier.

Legal settlement over Las Vegas shooting worth up to $800M 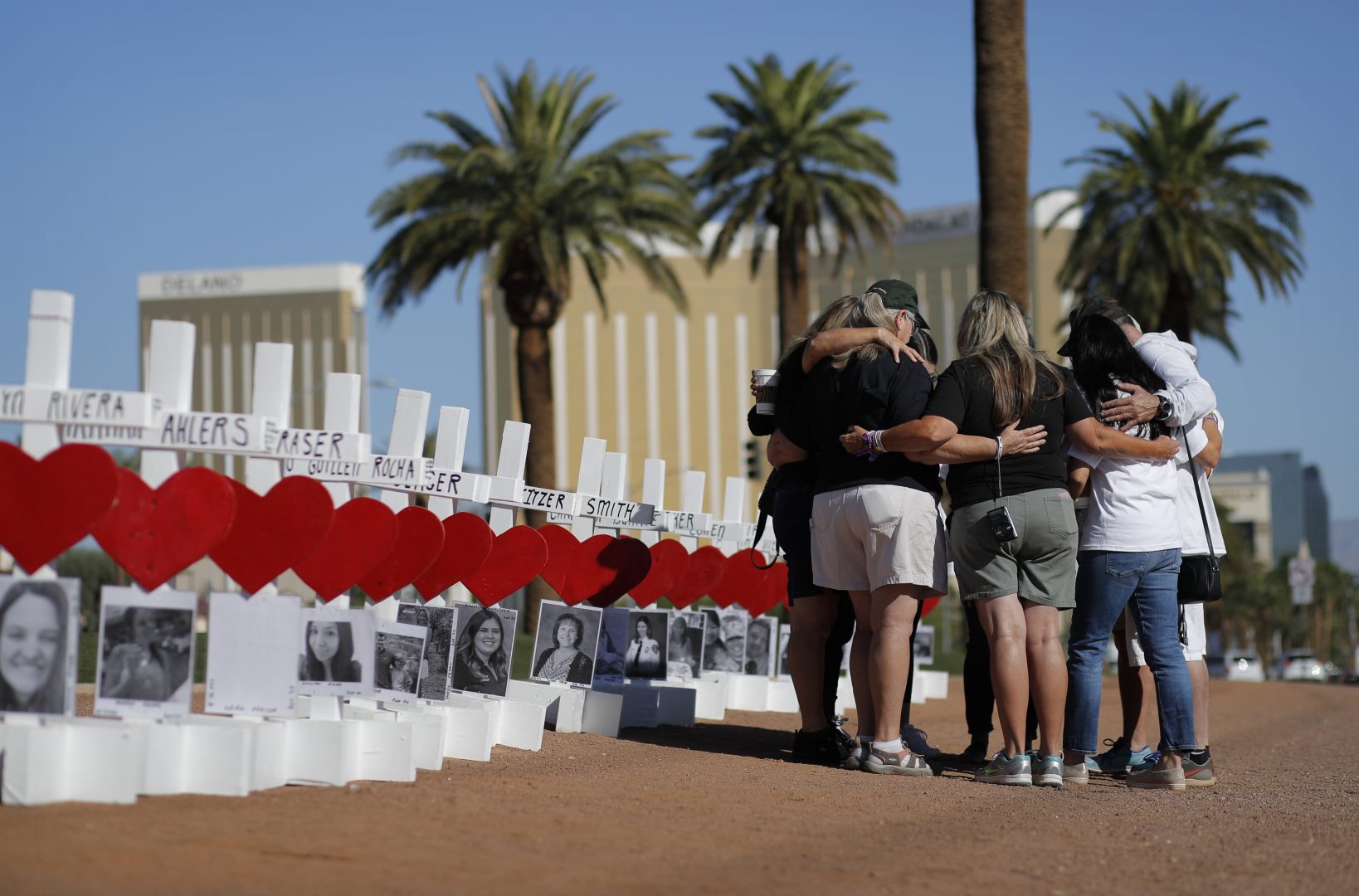 People pray at a makeshift memorial for shooting victims, Tuesday, Oct. 1, 2019, in Las Vegas, on the anniversary of the mass shooting two years earlier.

(San Diego) — Attorneys for thousands of victims of the deadliest mass shooting in modern U.S. history said Thursday that they reached a settlement expected to pay between $735 million and $800 million to those who sued over the Las Vegas massacre.

The amount of the settlement with MGM Resorts International depends on the number of plaintiffs who take part, according to a statement from Las Vegas law firm Eglet Adams, which represents nearly 2,500 victims and made the announcement just days after the second anniversary of the massacre.

Hundreds of lawsuits have been filed against the owner of the Mandalay Bay resort where the gunman opened fire into an outdoor concert on Oct. 1, 2017. The casino giant also owns the venue where 58 people died and hundreds were injured.

“Our goal has always been to resolve these matters so our community and the victims and their families can move forward in the healing process,” said Jim Murren, chairman and CEO of MGM Resorts. “This agreement with the plaintiffs’ counsel is a major step, and one that we hoped for a long time would be possible.”

An independent administrator will be appointed by a court to dole out money from the settlement fund, attorneys and MGM said. They expect to wrap up the process by late next year.

MGM’s insurers will fund a minimum of $735 million. Depending on the number of victims who participate, the company will contribute more, up to $800 million, according to the victims’ attorneys.

“Today’s agreement marks a milestone in the recovery process for the victims of the horrifying events of 1 October,” Robert Eglet, a lead plaintiffs’ counsel, said in the statement. “While nothing will be able to bring back the lives lost or undo the horrors so many suffered on that day, this settlement will provide fair compensation for thousands of victims and their families.”

The statement comes as another attorney for victims planned a news conference on “extremely important developments” Thursday in San Diego.