In this Wednesday, Oct. 2, 2019, photo, a carpenter works on a construction site in North Andover, Mass. On Thursday, Oct. 3, the Institute for Supply Management, a trade group of purchasing managers, issues its index of non-manufacturing activity for September. 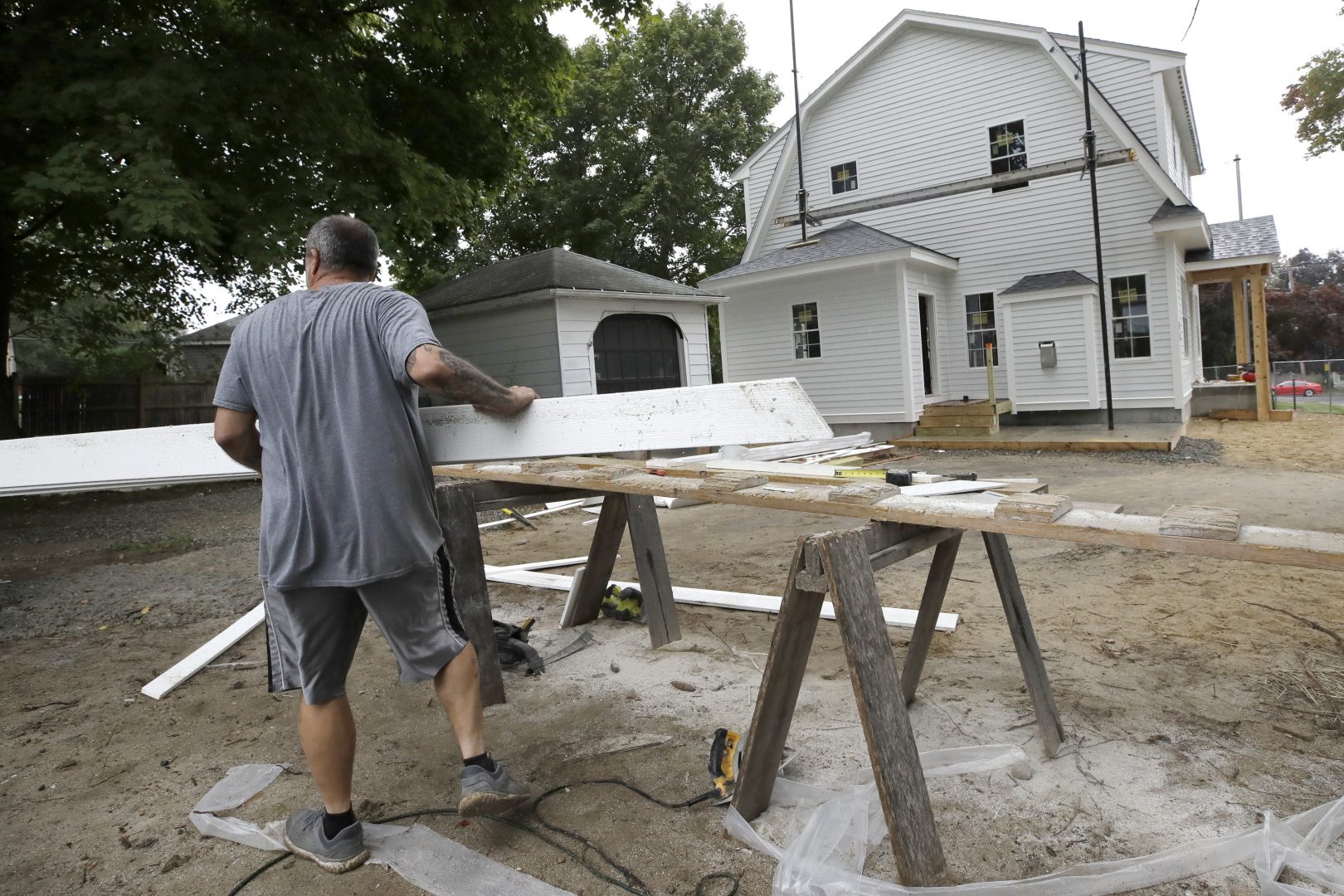 In this Wednesday, Oct. 2, 2019, photo, a carpenter works on a construction site in North Andover, Mass. On Thursday, Oct. 3, the Institute for Supply Management, a trade group of purchasing managers, issues its index of non-manufacturing activity for September.

(Washington) — Growth in the U.S. services sector slowed sharply in September to its lowest level in three years, suggesting that the Trump administration’s trade conflicts and rising uncertainty are weakening the bulk of the economy.

The Institute for Supply Management, an association of purchasing managers, said Thursday that its non-manufacturing index slipped to 52.6 from 56.4 in August. Readings above 50 signal growth, but September’s figures are the lowest since August 2016.

The report renewed worries of an economic slowdown and caused alarm among stock traders. The Dow Jones Industrial Average fell more than 200 points immediately after the ISM released its report, before rebounding slightly. That tumble came after the Dow had shed more than 800 points over the previous two days.

The downshift in the services sector, which accounts for more than two-thirds of U.S. economic activity, coincides with a U.S.-China trade war that has been squeezing American manufacturers. The services sector has so far mainly weathered those pressures. But slower global growth, rising trade tensions and persistent uncertainties may now be spilling into services industries.

Sales, new orders and employment all slowed last month, and companies that were surveyed by ISM expressed concerns about tariffs. Economists say a drop in the employment measure of ISM’s index to 50.4, its lowest level since May 2016, is a cause for concern.

“The most concerning part of the survey was on the employment side, where the index dropped from 53.1 to 50.4, just barely indicating growth,” a note from Contingent Macro Research said.

Still, an already tight labor force, with fewer people seeking jobs, might have played a role in slower levels of hiring. Survey respondents said that a tightening workforce was leading to a more competitive market for qualified employees.