Sonya Dixon (center), whose two grandsons were murdered in 2017 and 2018, weeps during a demonstration outside the Philadelphia police station to call attention to unsolved murders. 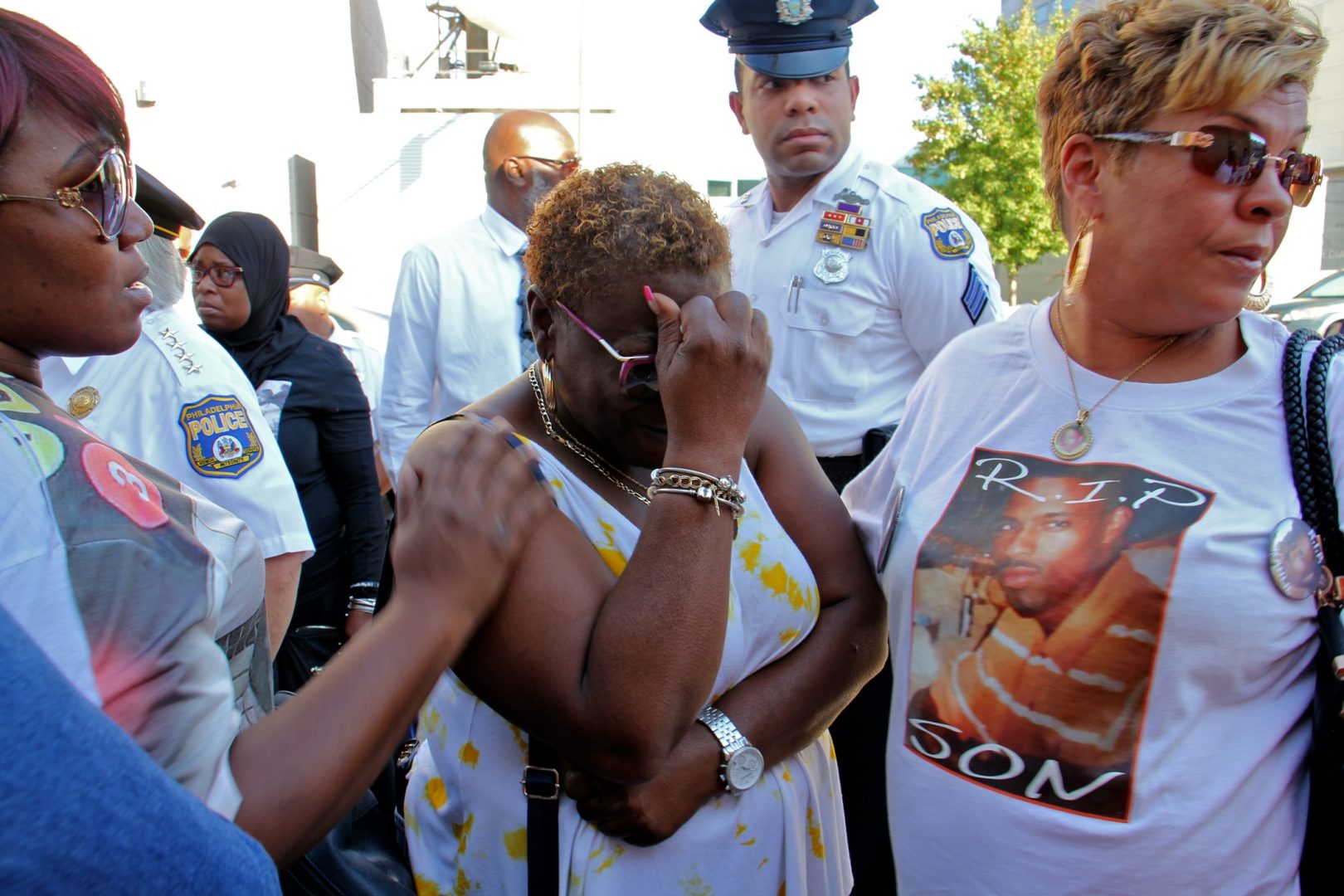 Sonya Dixon (center), whose two grandsons were murdered in 2017 and 2018, weeps during a demonstration outside the Philadelphia police station to call attention to unsolved murders.

For three days this week, they’re protesting that last year only 44% of Philadelphia homicides were solved. That is better than in 2017, but the clearance rate is still below the national average of 60%, according to the FBI.

It took six grueling months to put the perpetrator behind bars but afterward, Espinosa said, “I could finally grieve the loss of my child.”

Espinosa, who founded Ray’s Rhythm for Justice Foundation in his memory, stood alongside others who lost family to gun violence outside the headquarters. Unlike Espinosa, many of these families are waiting to find out who killed their loved one. 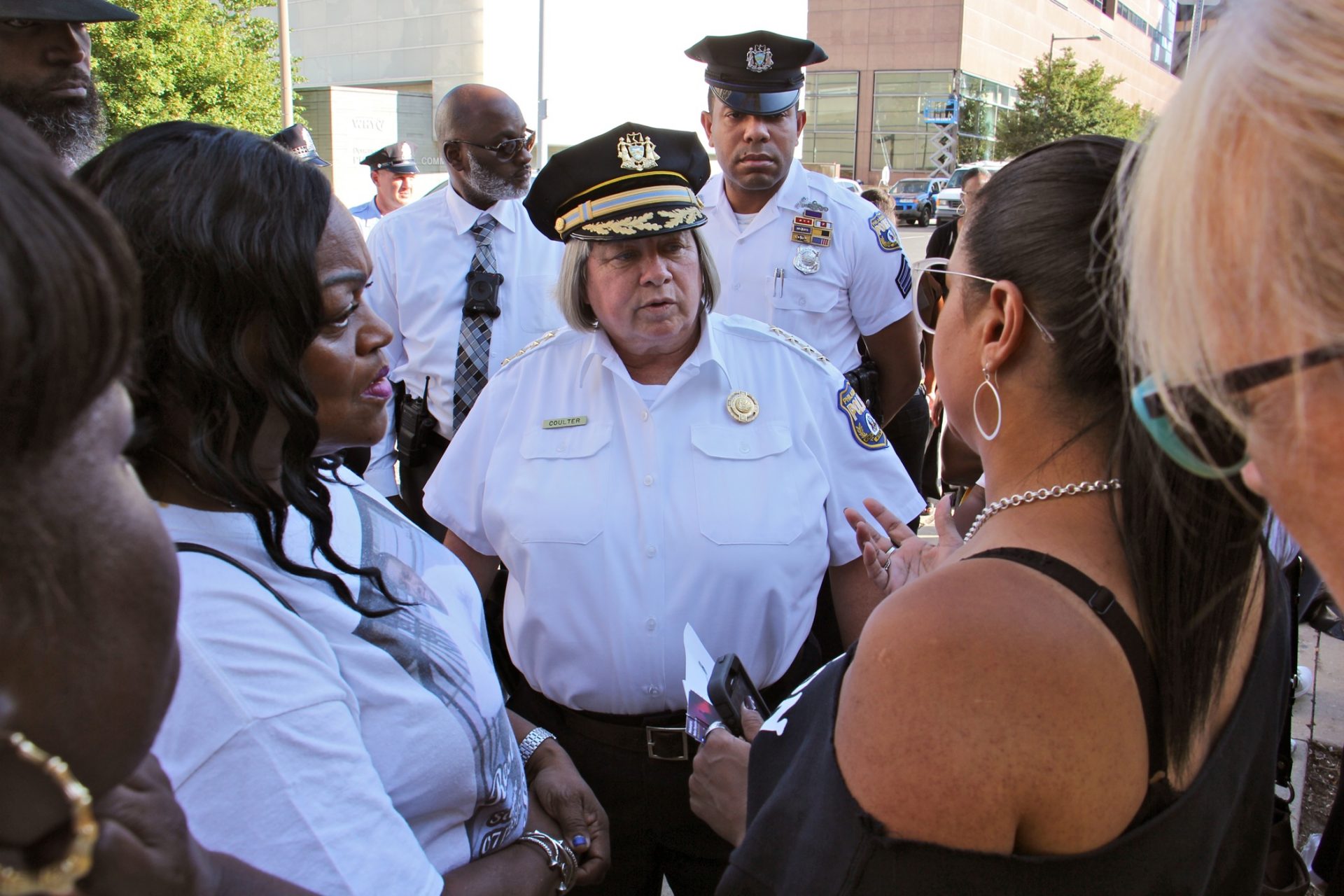 Police Commissioner Christine Coulter talks with the mothers of homicide victims during a demonstration at the police station to call attention to unsolved murders.

In 2012, Roz Pichardo’s brother was murdered. That case is still unsolved.

Pichardo — founder of victims advocate organization Operation Save Our City — says the protest is calling for a revamped homicide unit, stricter gun laws, and harsher penalties for gun-related crimes. 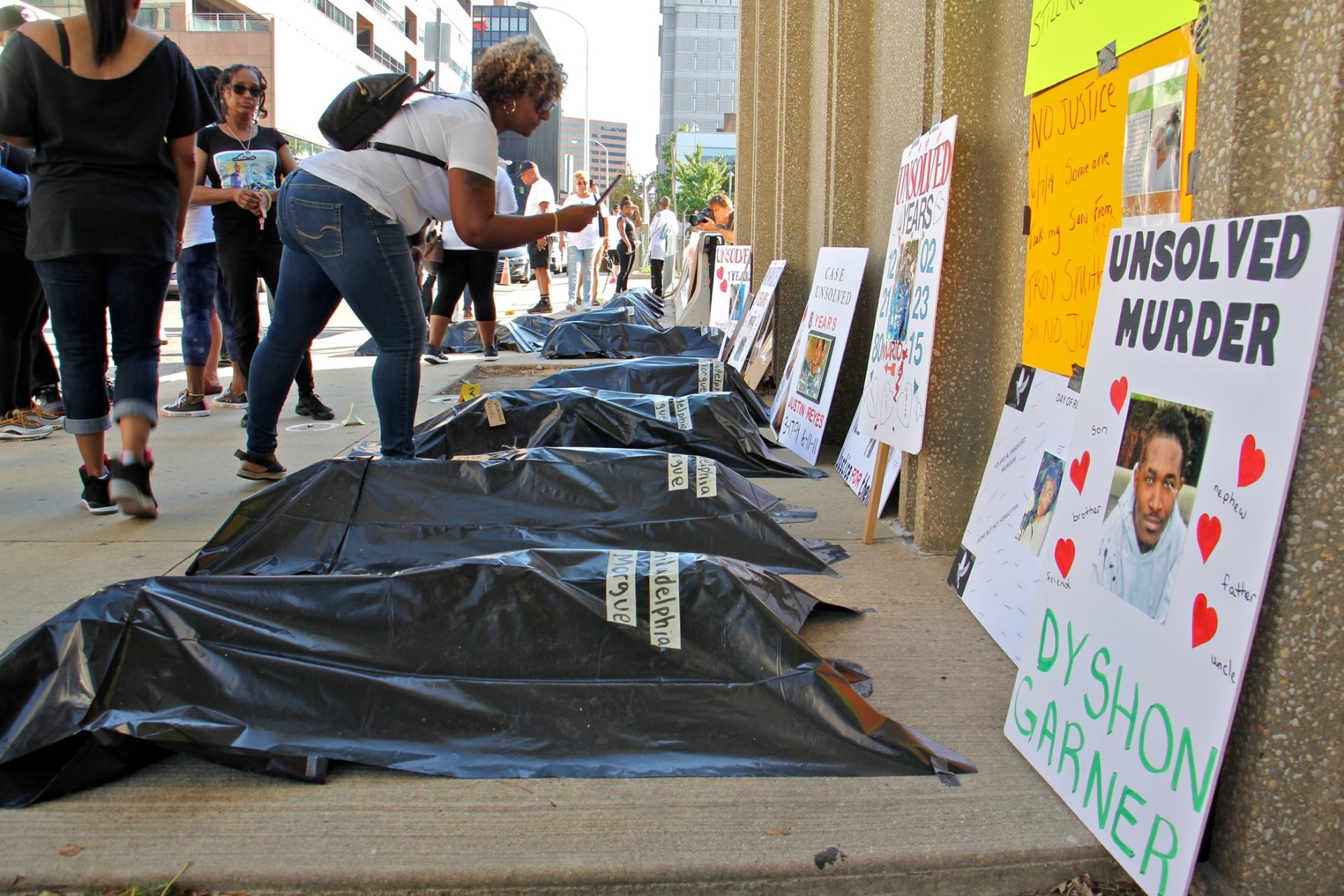 A demonstration outside the Philadelphia police station calls attention to the city’s high unsolved murder rate. 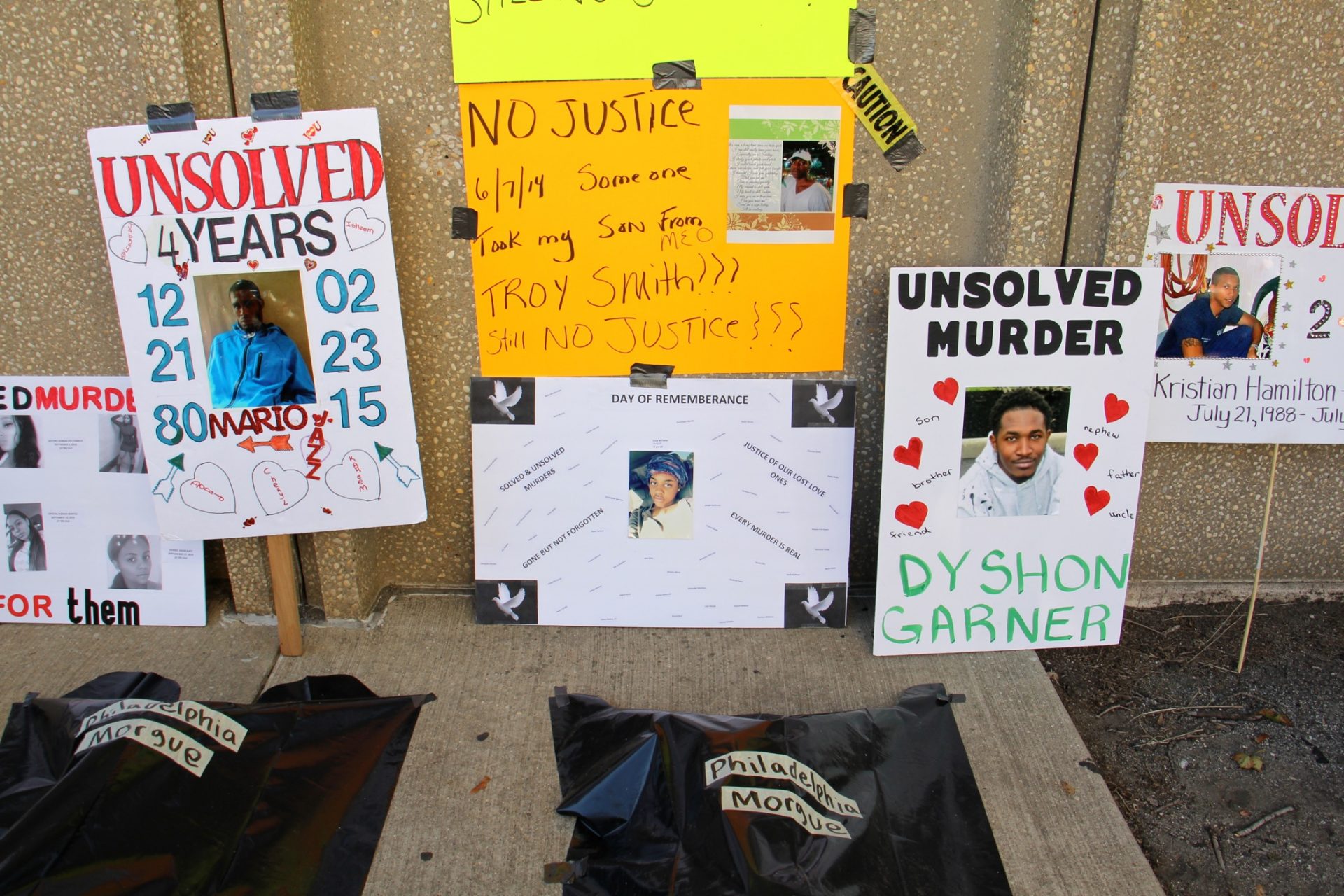 A demonstration outside the Philadelphia police station calls attention to the city’s high unsolved murder rate.

Last month, Philadelphia Police launched a website to track its unsolved murders. They say the clearance rate so far for 2019 is better, at nearly 54%.

Capt. Sekou Kinebrew said while the department has made incremental progress, they are actively working to solve more of these cases.

He said they have added 23 detectives to the homicide unit since 2017. Through “Operation Pinpoint” they are focusing on areas of violent crime and working to arrest the most violent offenders. They have also invested in training investigators in the latest techniques from cell phone analysis to forensics.

Pichardo says the police can’t fix the problem by themselves.

“The community needs to do away with the whole ‘no snitching mentality,’” added Pichardo, who said it’s a major obstacle to solving homicide cases.

She added that the “no-snitch mentality” is more complicated than just a vow of silence. Because of the low homicide clearance rate, community members don’t trust the police department to solve cases. Potential witnesses are also afraid of perpetrators retaliating against them.

People who overdosed this week in Pittsburgh thought they were ingesting cocaine, instead took fentanyl