Alida Garcia’s son lost his life in 2015 when a gunman fired into his car with a semi-automatic weapon. She demanded leadership ban assault weapons.

The city had 19 shooting incidents over a span of two days in mid-June.

Aleida Garcia wasn’t shopping at the Walmart in El Paso on Saturday or partying in downtown Dayton early Sunday.

But she was feeling heartbroken in Philadelphia.

“My heart breaks every single time something like this happens because I know how horrible it is,” said Garcia, president of the National Homicide Justice Alliance.

In 2015, Garcia’s son was murdered in North Philadelphia after a night out with friends. 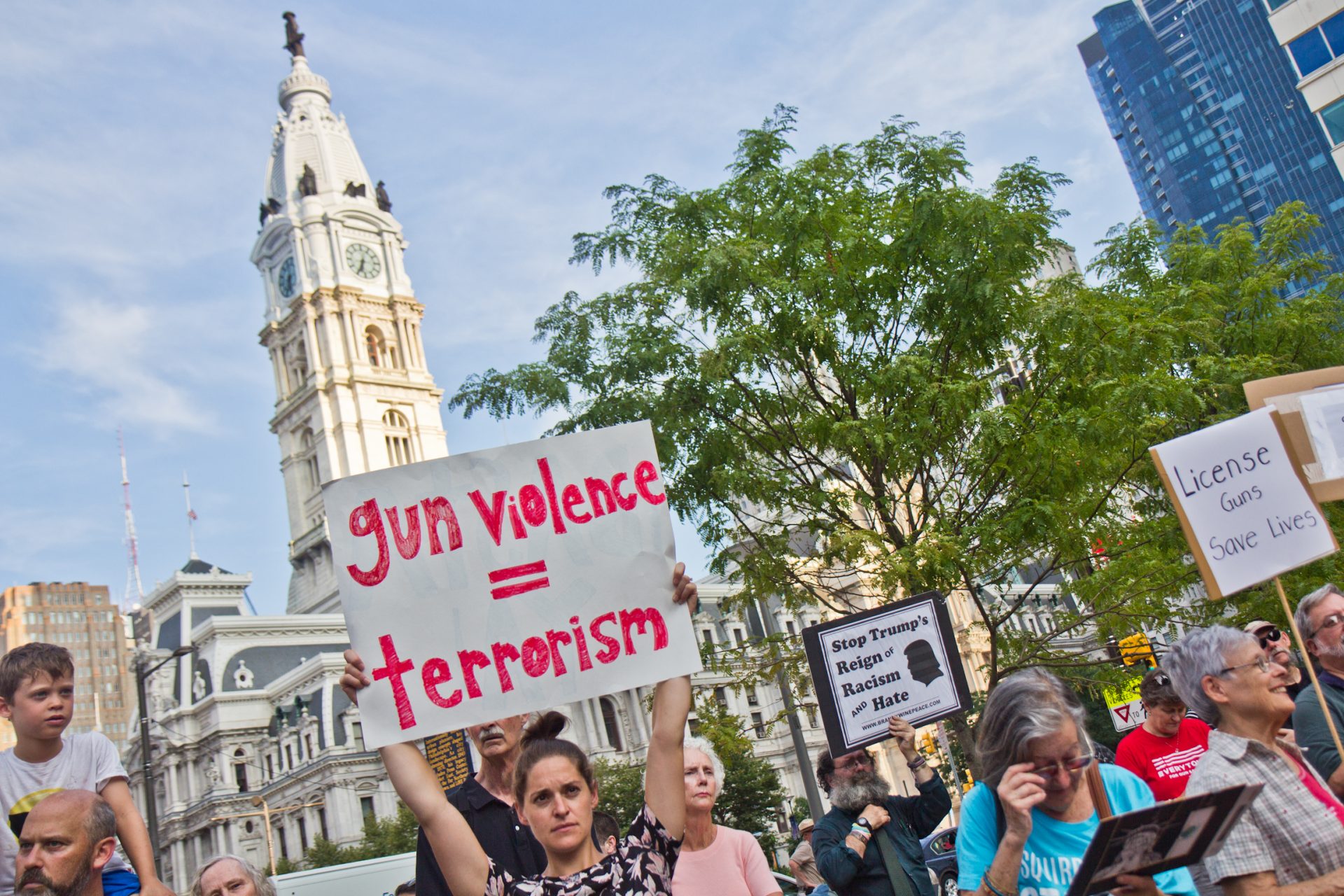 Protestors gathered at Love Park in Philadelphia to stand against gun violence nationally and locally.

Alejandro Rojas-Garcia was 34, a father of two pursuing his degree at Temple University. His mother said a 25-year-old male stranger started an argument with him outside an after-hours club in Feltonville. Rojas-Garcia was driving away when the man, Leonaldo Rivera, shot at his car, striking and killing Rojas-Garcia.

It wasn’t a mass shooting, but Garcia sees a parallel with the almost daily gun violence in Philadelphia.

The only real difference, she said, is time.

“We have a slow-moving massacre in our city,” she said, referring to the Philadelphia’s annual homicide tally, which has risen above 300 the last two years and is on track to do so again in 2019, with 193 people killed so far this year — a 7% increase over this time in 2018.

There were 19 shooting incidents over a span of two days in mid-June. A 21-year-old was killed and five others injured in a mass shooting in Southwest Philadelphia in late July, the same weekend a gunman opened fire at a festival in Northern California.

Others echoed Garcia’s sentiment during a Tuesday night rally in LOVE Park, where speaker after speaker again urged Congress to pass “common-sense” gun-control legislation — and fast. 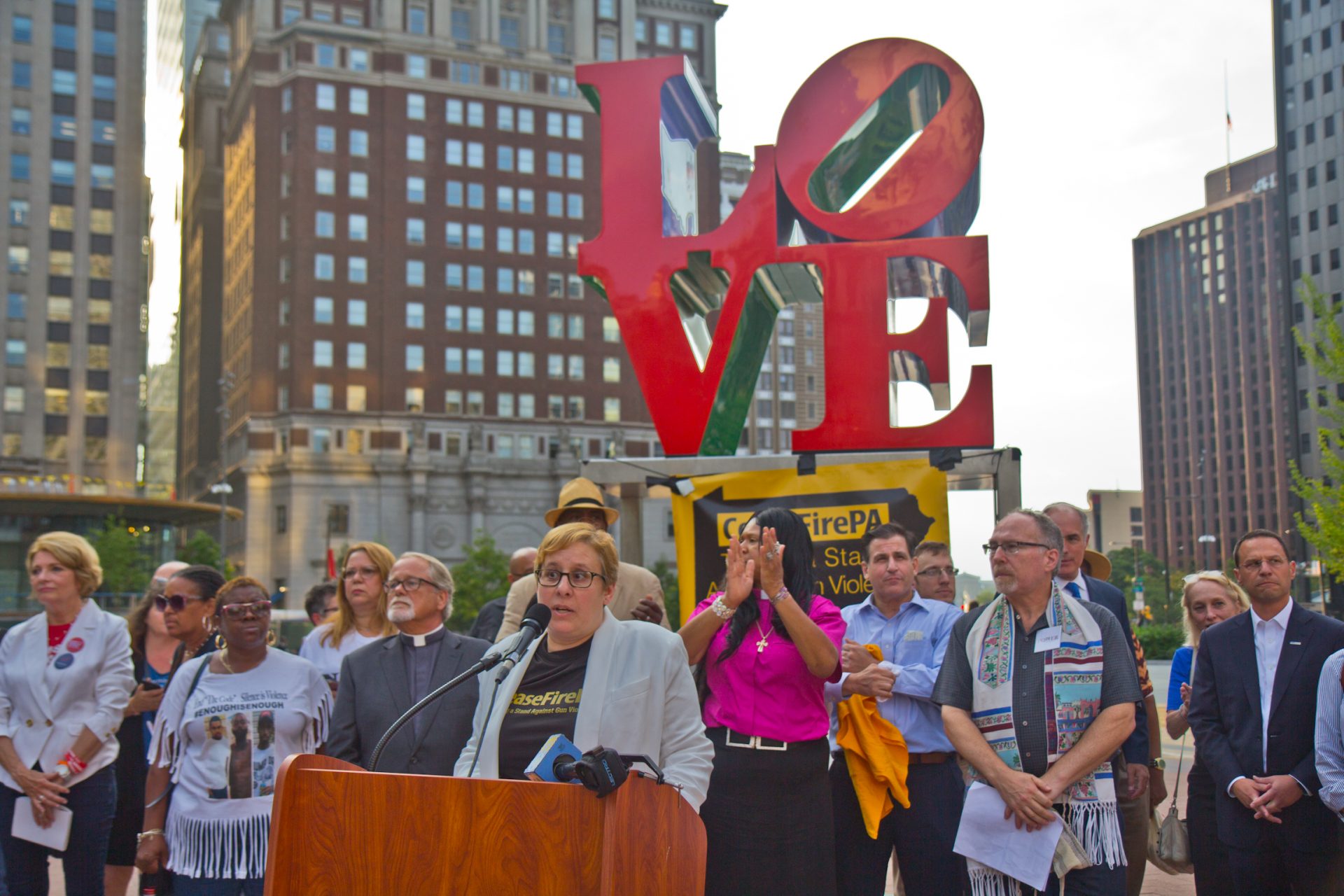 Shira Goodman, executive director of CeaseFire PA, said federal lawmakers must return to Washington, D.C. and get to work, and not wait until their annual August recess ends.

“We are running out of days on our calendar to mark [mass shooting] anniversaries. No other country has this problem,” Goodman told the dozens of people crowded in front of the park’s eponymous LOVE sculpture.

“It is long overdue,” said Casey. 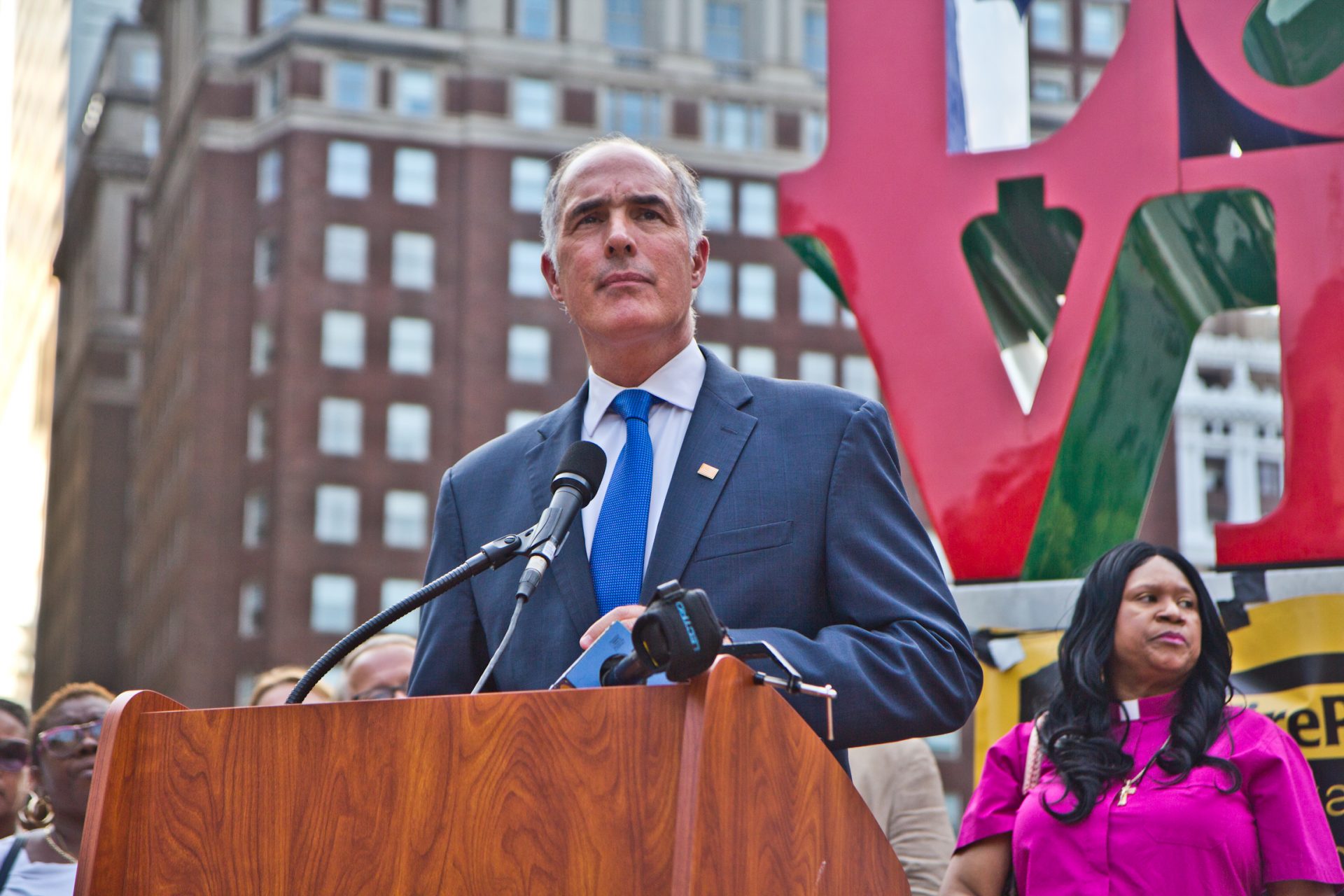 On Monday, fellow U.S. Sen. Pat Toomey, R-Pa., said he wants to work with Democratic U.S. Sens. Joe Manchin and Chris Coons to revive failed legislation that would expand background checks to all gun purchases, including those made at gun shows, now a controversial loophole. Toomey said he spoke to President Donald Trump, who supported the effort, though the senator has urged Congress not to rush to vote to give members time to consider it.

Casey said he supports both proposals.

“I’m not predicting which ones would pass, which ones wouldn’t, other than background checks, but at least the American people would see us taking action, debating and voting — what a radical idea for the United States Senate to actually have votes on one of the most urgent issues facing our country,” said Casey. 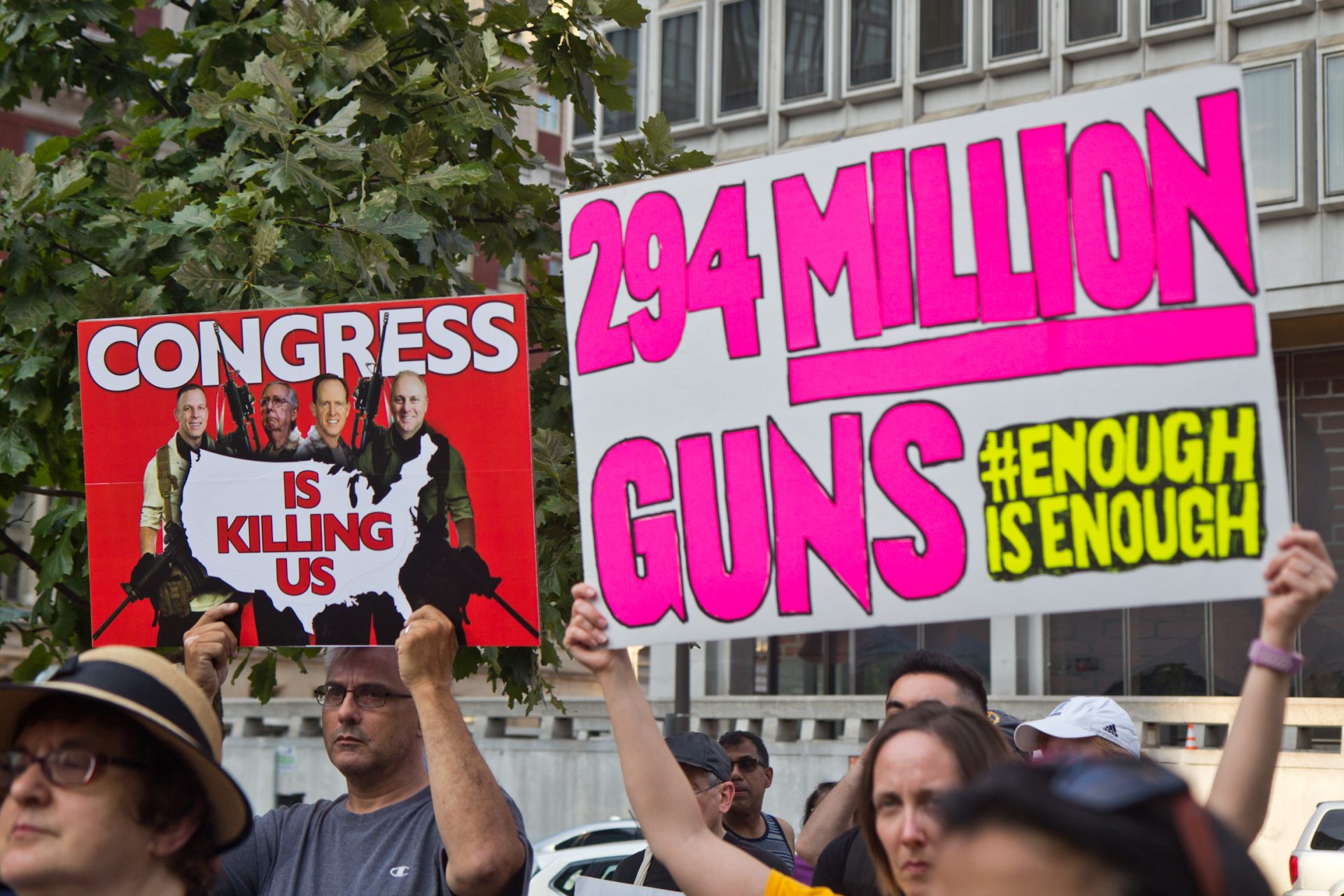 Protestors gathered at Love Park in Philadelphia to stand against gun violence nationally and locally.

To Garcia, that would be the only silver lining to the back-to-back mass shootings in El Paso and Dayton, which killed 31 people and injured dozens more over two days.

And in the years since her son’s death, she’s perhaps the most optimistic she’s been that legislative change is possible.

“People are waking up to the fact that it wasn’t a one-time situation or it wasn’t something that couldn’t happen to them, because literally it’s happened in almost every social setting,” she said.

“Nothing is off-limits, so it’s more personal.”

Ralliers gather in Harrisburg, again, to urge action on guns