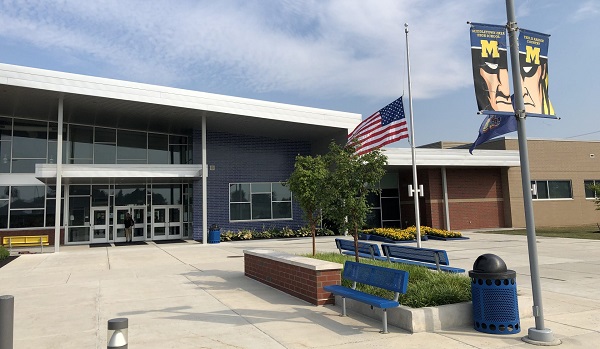 (Middletown) — As the four-hour session began, Superintendent Lori Suski asked for a moment of silence for the victims of this weekend’s mass shootings in Dayton and El Paso.

She brought up those shootings moments later.

“It is a well known fact that no one is really safe anywhere in today’s world,” Suski said.

The program helps educators identify potential threats, and then intervene in a variety of ways. Sometimes that involves police; sometimes it involves counseling.

James Henry, special agent in charge of the agency’s Philadelphia Field Office, said the focus is on preventing anyone from ever attempting to attack a school.

“What we do every day to protect the president, translating that into protecting schools and the children in schools,” Henry said.

Demand for the training increased following the Parkland mass shooting last year, Henry said. Still, Henry said it is difficult to measure how effective the program is at preventing gun violence.

“I don’t think that there’s necessarily anyway to judge that. It’s one of those things where you don’t necessarily know what you may have prevented,” he said.

At Tuesday’s training, Suski told the fellow educators gathered in the high school auditorium that the training might help them recognize signs of “emotional disturbances that left untreated may eventually result in someone committing a violent act.”

Congressman Scott Perry, a York County Republican, started working with school officials and the Secret Service months ago to prepare for Tuesday’s training. 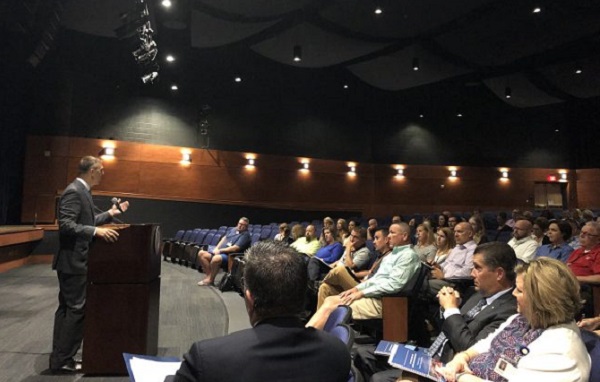 Perry has strong ties to the National Rifle Association and is a frequent opponent of increased gun restrictions. But on Tuesday, Perry told reporters that lawmakers should consider a measure to expand the use of “red flag” orders that allow courts to temporarily strip the right to own firearms from individuals deemed to pose a risk to themselves or the community. Also called extreme risk protection orders, this particular gun control has the backing of President Trump.

“I think we absolutely have to have the conversation,” Perry said.

Perry didn’t make any commitments — saying the legislation would have to be narrowly crafted.

Perry – who represents the 10th District, which includes all of Dauphin County, plus parts of York and Cumberland counties — has described himself as a lifetime NRA member, and the group’s Political Victory Fund endorsed him in a tight re-election race last year.

So far, the U.S. Secret Service Threat Assessment Center has participated in more than 60 training events this year with more than 11,400 participants.

The Secret Service declined to provide information about how many training sessions were organized in recent years by a Pennsylvania member of Congress or that took place in commonwealth.

Speaking to Tuesday’s crowd, Perry referred to the mass shootings in Texas and Ohio, as well as shootings in Chicago and Harrisburg.

“All of us are desperate to find the answer. Why is this happening? How can we stop it?” Perry said.

He said he thinks the training is one piece of the puzzle.