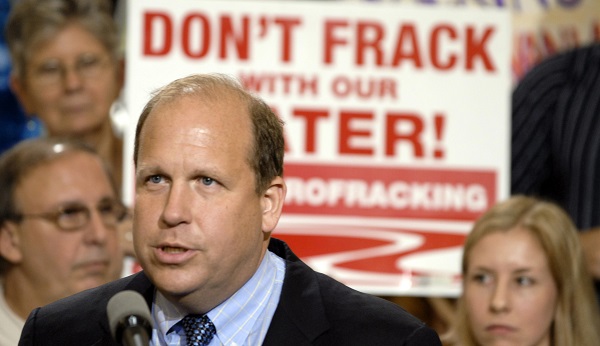 (Harrisburg) — The pressure against an embattled state senator is ramping up ahead of next year’s elections–and most of it is coming from within his own party.

This year, Democrat Daylin Leach lost support from his own caucus, the Pennsylvania Democratic Party, and the Democratic committees in the counties he represents after being accused of inappropriate conduct with female staffers.

With eight months to go before his primary election, he already has three challengers.

The latest Democrat to throw a hat in the ring against Leach is Linda Fields.

The activist and union organizer is a known entity in southeast Pennsylvania. Last year, she gave Republican Senator Bob Mensch a close run in the 24th district, which borders Leach’s 17th district to the north.

Activist Sara Atkins was the first to enter the primary race in May, pledging to do a better job than Leach, whom she called distracted.

Norristown Area School Board President Shae Ashe has also announced as a candidate. 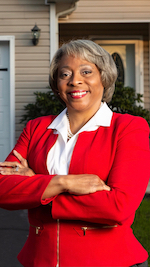 Fields moved to the 17th state Senate district after her loss to Mensch. It has a decidedly more liberal constituency than her old 24th district, but she said she sees herself as very similar to Leach politically.

The change she’s promising, she said is more cultural.

“Respect is a big deal for me,” she said. “As a mother and a grandmother and a woman, [Leach] cannot be a woman. He cannot know what we feel and how we think.”

Joe Foster, who chairs the Democratic Committee in Montgomery County, said it is too soon for him to officially back a candidate in the 17th district.

“We’ll see what happens over the next couple of months, he said–noting he suspects “there may be some others who are going to also declare.”

Foster and Montgomery County’s other Democratic officials called for Leach’s resignation in March, a step their counterparts in Delaware County had already taken a month prior.

Foster said Leach should make no mistake about the committee’s stance.

“The intent was that we need to rethink how we are going to approach the 17th state senatorial district,” he said. “Our call was for Daylin to resign, and I know that all of us continue to stand by that call.”

In the wake of the allegations against Leach, Senate Democrats ordered an investigation by a private law firm.

It found the longtime senator likely didn’t break caucus rules, but may have created a hostile work environment.

Leach has steadfastly refused to step down.

His campaign said at this time, it doesn’t have any comment on the Democrats lining up to oppose him.

Governor Tom Wolf: ‘Light at the end of the tunnel’ in virus fight

Pa. mass vaccination sites are ready to open—with or without vaccines