The Philadelphia musician talks about overcoming self-doubt and living as an artist.

Joy Ike is a little uncomfortable with being called a musician. She thinks of herself more as a singer/songwriter who plays instruments in order to get her songs out there. But watching her perform in our studio, it seems pretty clear that she qualifies as singer, songwriter and musician. Her performance is so passionate and animated that it’s hard to believe she’s ever suffered self-doubt about her abilities as a musician.

“I used to spend probably about seven or eight years telling myself that I shouldn’t be playing out because there are people who are better at it than I am and there are people who can get through songs without hitting wrong notes or get through songs without forgetting their words…’Say Goodbye’ is a song that I wrote to remind myself to stop doubting myself all the time. I wanted to kind of turn my back to that voice and to that person or that version of myself.” 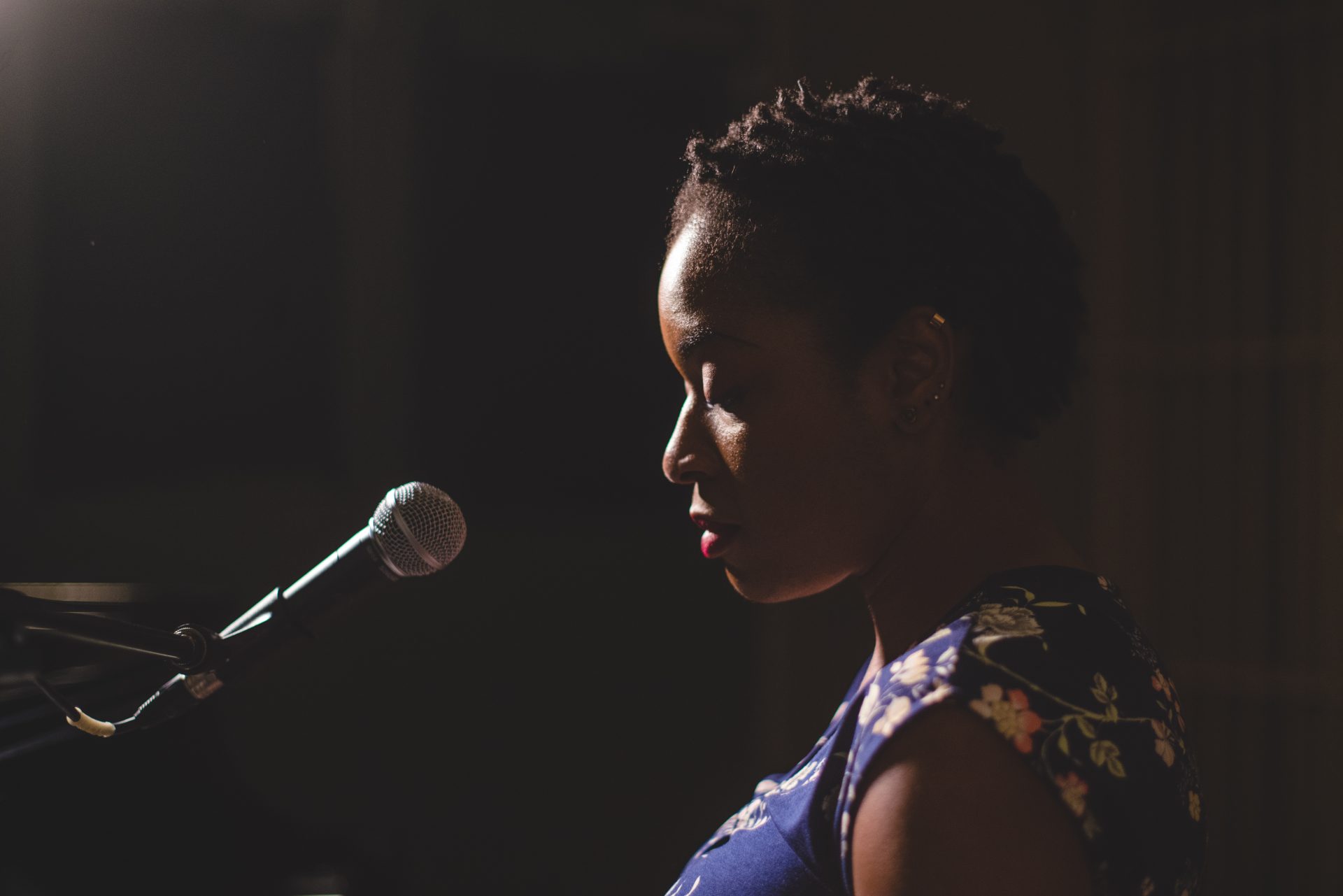 That self-encouragement finds its way into another part of Joy’s life. She does public speaking, often times to students, about making art into something that can sustain them.

“We learn how to create art but we don’t learn how to live as artists. I love encouraging students to not only make art because it’s fun but to make art that’s meaningful. And then entrepreneurially, because my background is as a publicist and working in marketing before I began to pursue music full time, I love talking about the idea of how to take what you have and to live off of it.”

Joy had taken piano as a kid but had fallen out of playing for a number of years. It wasn’t until her college years that she became interested in the singer/songwriter genre and began writing her own music. But it made her nervous to contemplate making a serious attempt at music. As she kept plugging away at work though, a tragedy reframed her view of life.

“My oldest brother had been diagnosed with cancer. And about a week after he passed away, I turned my resignation into my boss and decided that I was going to leave and make music. All of a sudden I had this realization about how short life was and how I needed to be spending life doing what I really loved to do. And I needed to give it a shot. And that has probably been the single most important thing that’s happened in my life.” 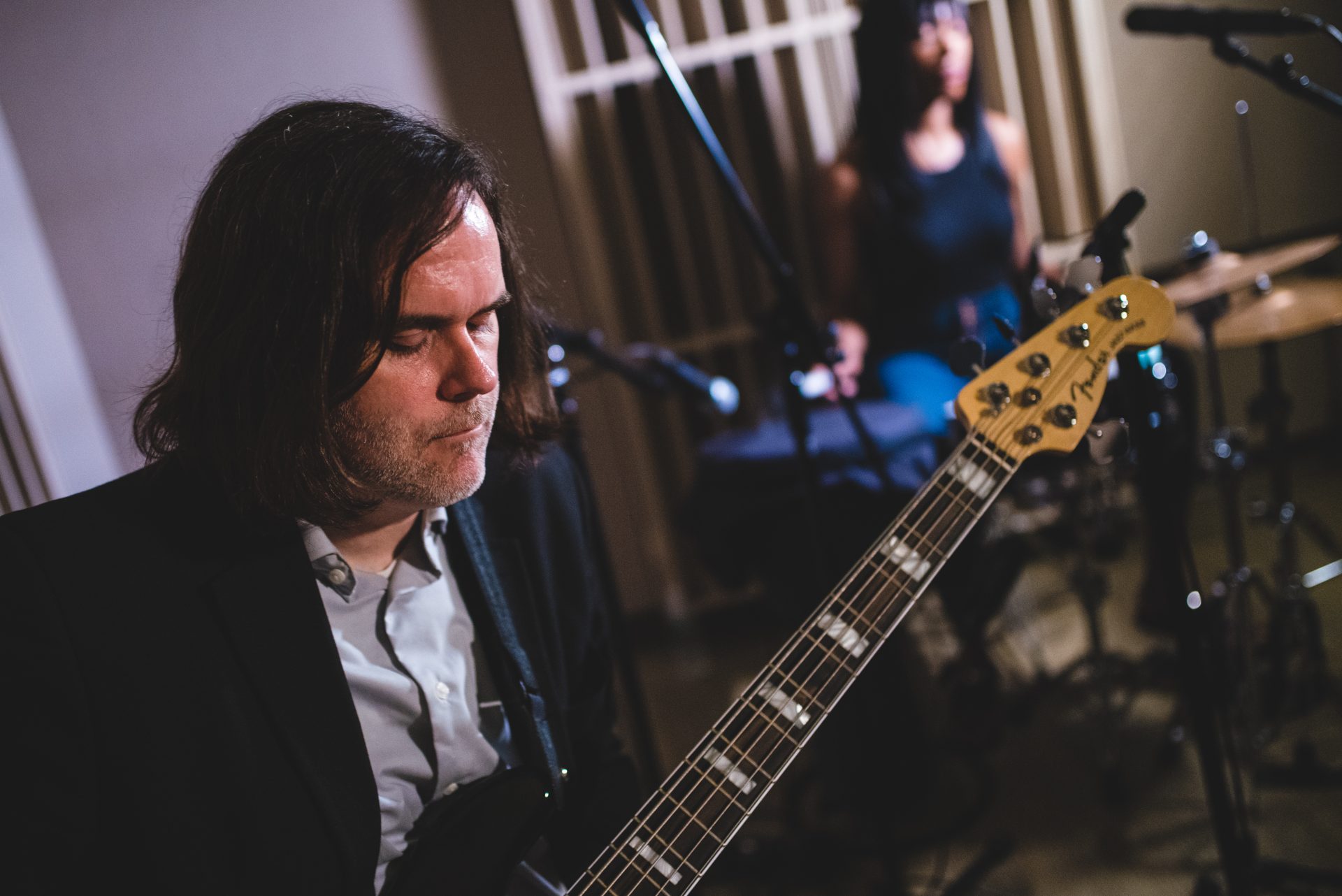 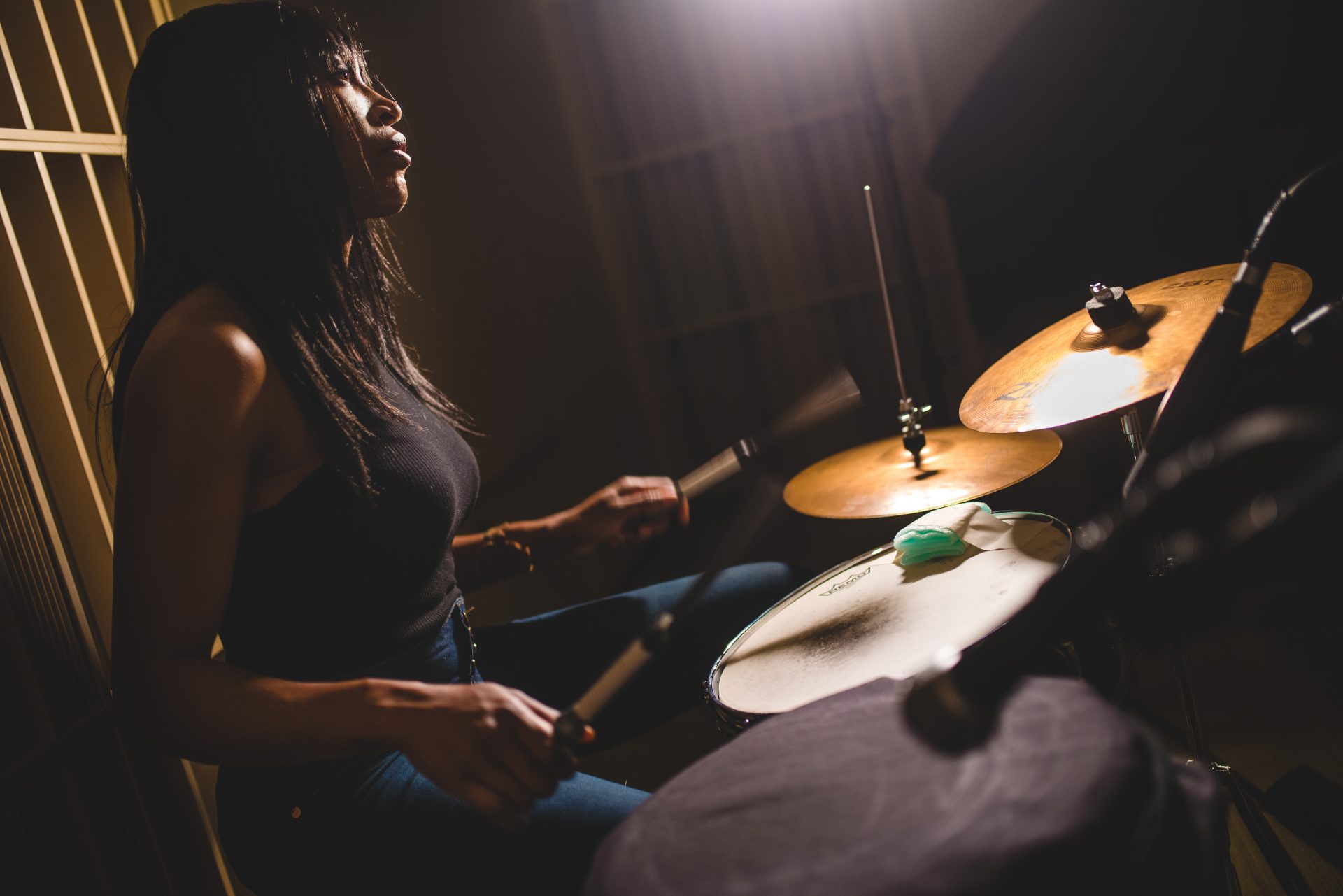 “Relearning how to play the piano especially after having stopped for eight years at that point was the hardest thing I think I’ve ever had to do discipline-wise. But I knew that if I was going to be doing a lot of singer/songwriter-type shows and coffeeshops and such when I first started playing that I had to be able to do that by myself and not always have someone accompanying me. So playing an instrument, any instrument, I also play the ukulele, those are things that have never come easily for me.” 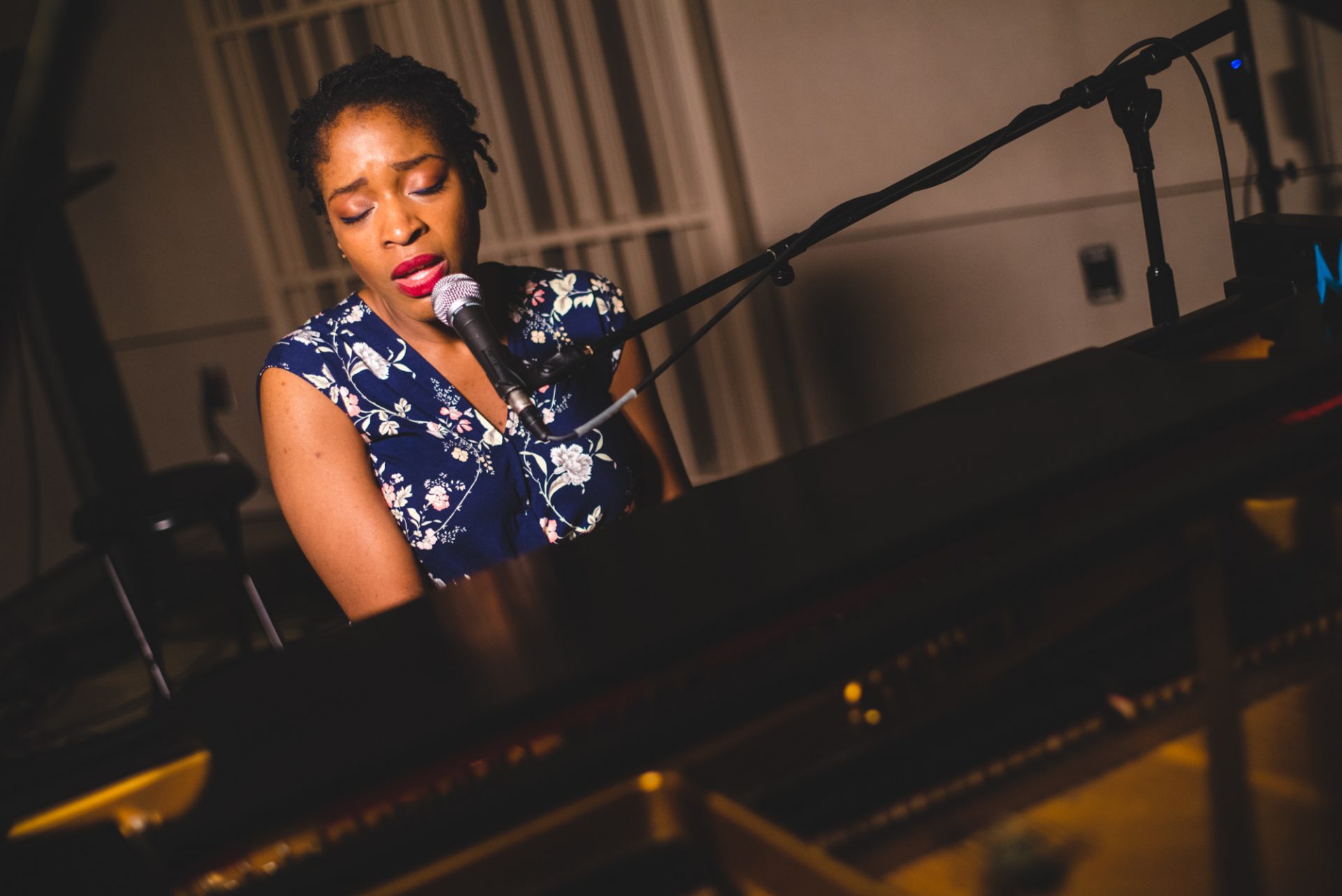 There’s a lot of physicality to Joy’s performance. Her body moves, her face contorts, and she’ll vocalize various sounds, almost like a percussion instrument. Her performance of her song “Go” in the studio was especially animated.

“In that song and so many others there’s a lot of vocal percussive stuff, snapping, foot-stomping. Something’s always moving.” In between takes she said, “Once I get into the mode where I’m making weird noises like I do at a live show, I know I’m comfortable.”

Despite her struggles with self-confidence, Joy Ike is still making those werid noises, stomping, snapping, singing and sharing her music with the world. 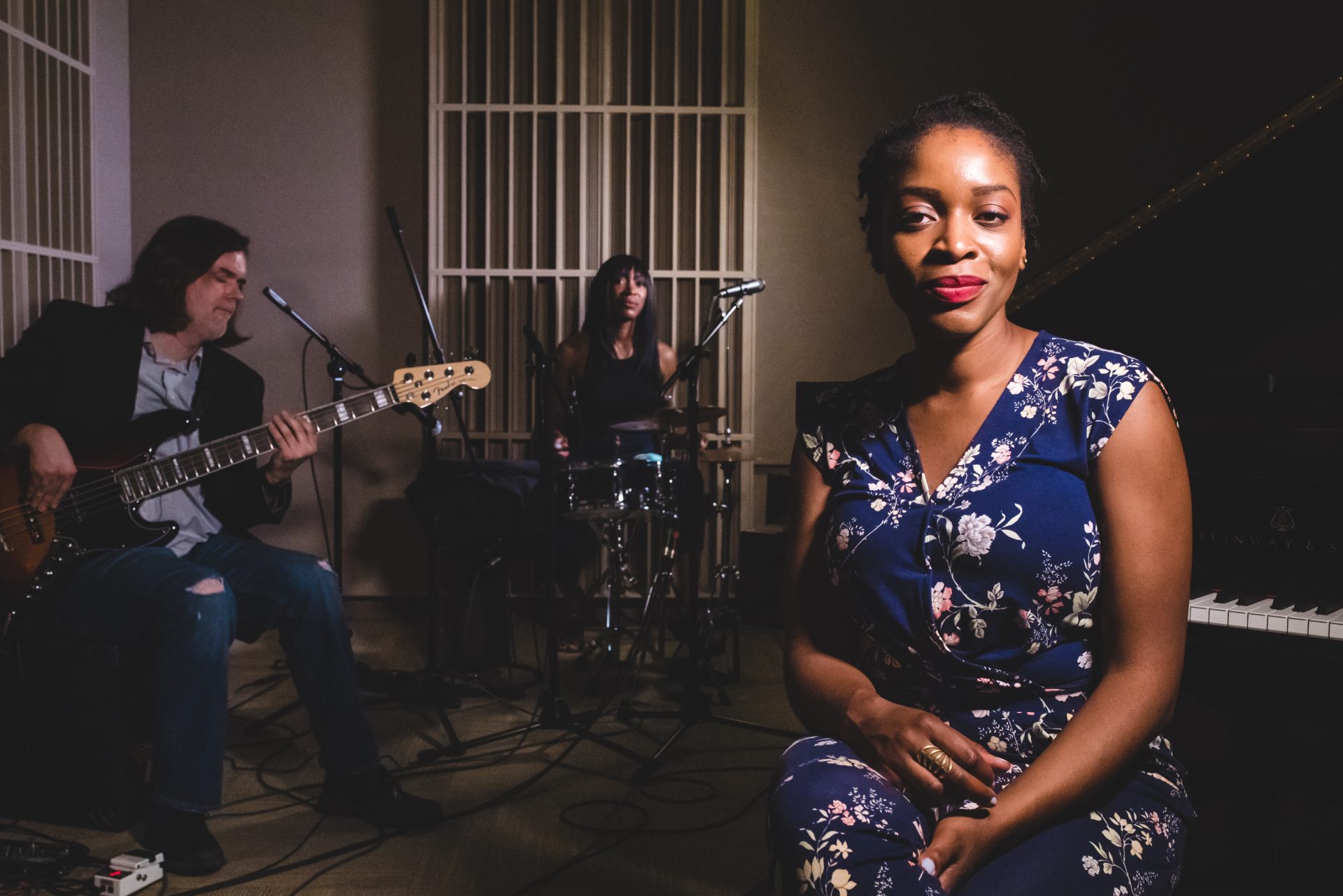