Could the future be built out of trash? A plan to turn plastic, paper into wallboard 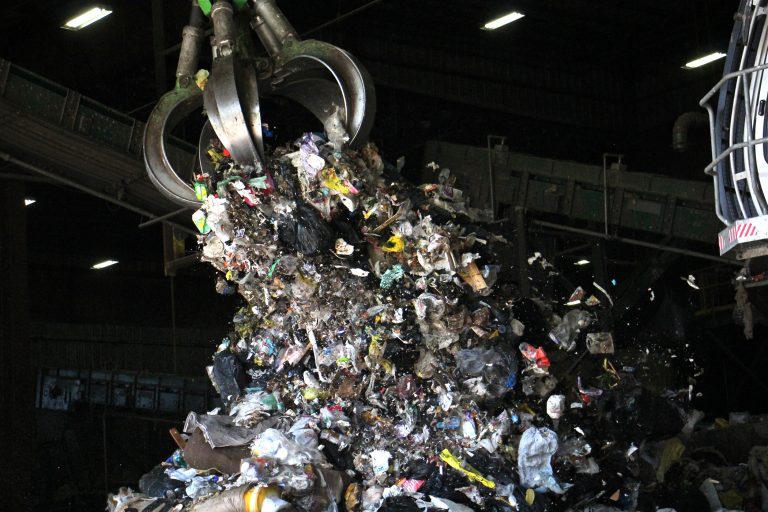 At Continuus Material Recovery in Northeast Philadelphia, machines sort through trash to find the plastic materials that are used to make fuel pellets. (Photo: Emma Lee/WHYY)

If you go looking for the Continuus Materials facility in Northeast Philadelphia, you might miss it. There’s no flashy sign, no banner, no demarcation at all, really. Tucked away on Waste Management’s property behind a transfer station, the small, unassuming building looks as if it’s merely a part of that company’s operations.

That’s because, in many ways, it is. The business, which began as Continuus Energy, is partners with Waste Management and uses its waste stream to ferret out materials with recycling potential.

“We want the plastic and the fiber — the paper, cardboard,” said Continuus Materials Senior Vice President Rich Toberman. “Eventually, that becomes our product.”

Since 2014, that product has been something called SpecFUEL, fuel pellets made from a mixture of thin, flexible plastic — from products like plastic bags, shrink wrap, and snack bags — and paper products. Cement manufacturers use the pellets to power their plants as a supplement to coal. The pellets have a slightly better emissions profile than coal and are also slightly cheaper, though some environmental groups have criticized the practice as effectively being incineration. 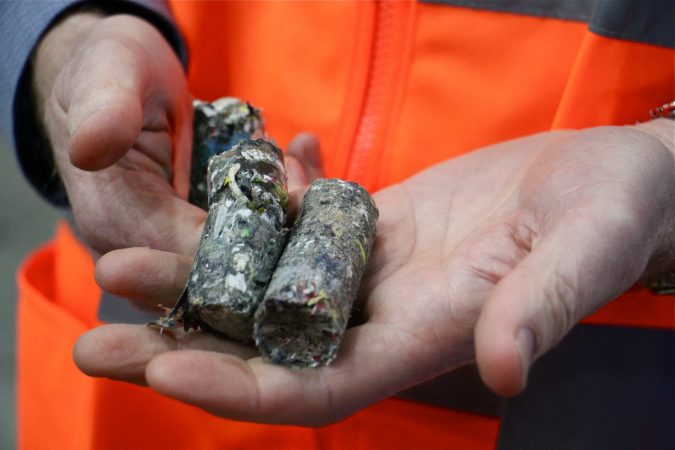 Beginning in August, however, Texas-based Continuus Materials will also start producing wallboard from the same ingredients at its Philadelphia plant.

“We started to look at the material, and we wondered what other things we could do with it,” said Marc Lower, vice president of sales.

After some research and development, engineers at the company discovered they could compress the same plastic and paper materials into wallboard, and do so at a reasonable cost. Last June, Continuus Materials acquired ReWall, an Iowa-based company that was already manufacturing wallboard from plastic-coated cardboard beverage cartons.

The boards, which the company calls Everboard, are primarily used as roof cover boards. Lower said the boards are harder and more durable than alternatives like gypsum and are the only material other than oriented strand board certified as being resistant to severe hail. To meet certification requirements for building codes, a fiberglass layer goes over top to prevent the boards from catching fire.

The United States and Canada use about 20 billion square feet of wallboard a year, according to the Gypsum Association. Lower estimated the waste-to-wallboard model could divert about 110 billion pounds of waste from going to the landfill annually.

“There’s sort of two sides to it,” he said. “One is helping solve the waste problem, and then the other part is actually creating a product that people want to buy, at a price that doesn’t cost any more than what they already buy.”

Maurice Sampson, eastern Pennsylvania director at Clean Water Action, said turning used plastic and paper into wallboard is a great repurposing of the material and achieves the ultimate goal of turning waste products into a product that is useful and durable. Even so, he said, it doesn’t solve the larger problem of plastics in the environment.

Sampson noted that plastics production has only increased since ways have been developed to recycle the material, and that none of the recycling or recovery is done by the plastics industry — it’s all by third-party vendors that mine plastics much in the way they would mine for iron or minerals. And the products are not recycled into their original form, but rather “downcycled” into different products. 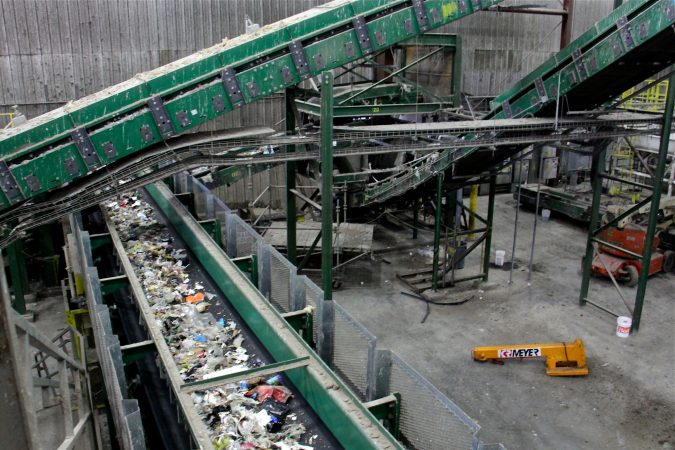 “That’s a good thing, but it’s not going to reduce the amount of plastic in the world,” Sampson said, adding that reducing or eliminating single-use plastics is the goal. “It’s not a solution to our waste problem.”

The process for making fuel pellets and wallboard is essentially the same, though the ratio of plastic to paper differs (80/20 for fuel; 30/70 for wallboard). A crane sorts through incoming trash and sends it through a shredder. The material is shredded into roughly 10-inch-square pieces and is brought into the plant via conveyor belt. A magnet pulls out metal objects, which are sent off to be recycled, and the rest of it goes over a 2-inch vibrating screen to get rid of any broken glass, food waste, or other small objects.

The material goes through several rounds of processing to remove additional metal and anything too heavy, and then a near-infrared sensor scans the material to distinguish between material the company wants — potato chip bags, T-shirt shopping bags, cardboard boxes, paper scraps — and material it doesn’t, like chlorinated plastics, which can’t be used for fuel. Machinery shreds the material again into something Toberman called “fluff” — less than two inches across — and then compresses it into fuel pellets or, eventually, boards. The whole process takes about 20 minutes.

“It’s a pretty cool process because it’s sort of simple,” Lower said. “I mean there’s definitely some secret sauce behind the recipe of making the boards and making sure that you make a consistent performing board. But it does give us a lot of latitude.”

Everboard is certified only for low-slope applications, which means it can only be used on commercial buildings. Any boards produced at the Northeast Philly site will be used by companies in the Philadelphia region.

That’s why Toberman said the company is looking at multiple companion sites in the Philadelphia area and beyond. The Northeast Philly site is small, so developing additional locations would allow the company to supply other nearby markets in the northeastern United States. 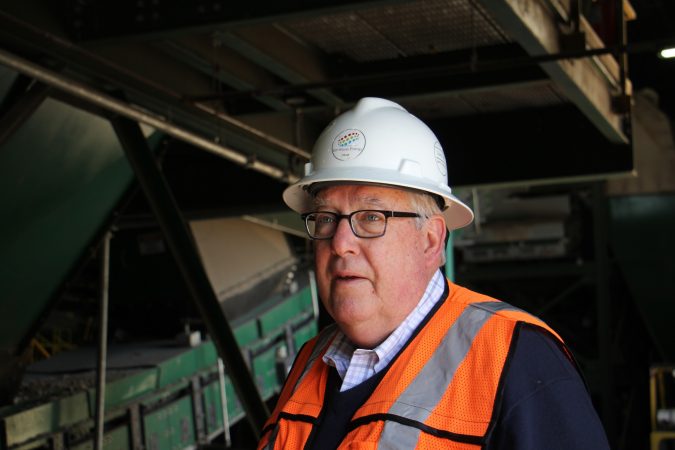 Lower said the idea is to create “closed-loop economies,” using Philly’s trash to supply Philly companies with building supplies or fuel. At a time when China’s decision to stop taking the world’s recycling has left municipalities scrambling for alternative markets — and, in some cases, canceling recycling programs altogether —  Lower said these closed-loop economies are the most efficient way to solve the recycling problem.

“I feel a really great sense of urgency that we’ve got to get this going as fast as we can and really show that we can make a difference,” he said.