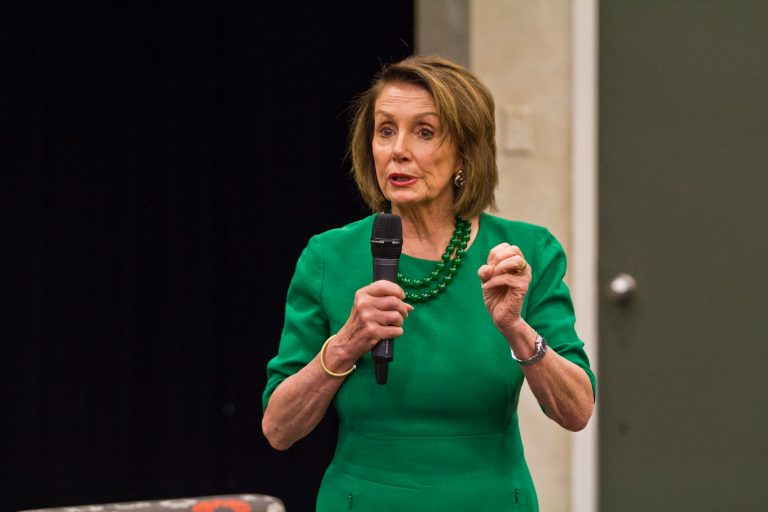 “I don’t care about that and I’m not even going there,” Pelosi told media in a brief question-and-answer session. “What we have to do is focus on our purpose.”

Pelosi’s purpose at Delaware County Community College was to promote House Democrats’ plans to make college more affordable. During a one-hour conversation she made special mention of the Aim Higher Act, a proposal that would beef up federal Pell Grants and incentivize states to make two-year colleges free.

Other Democrats have pushed bills that would make all public universities tuition free or even guarantee that students graduate debt free.

Scanlon and Dean recently called for the House to explore impeachment against President Trump, a move Pelosi has not endorsed. 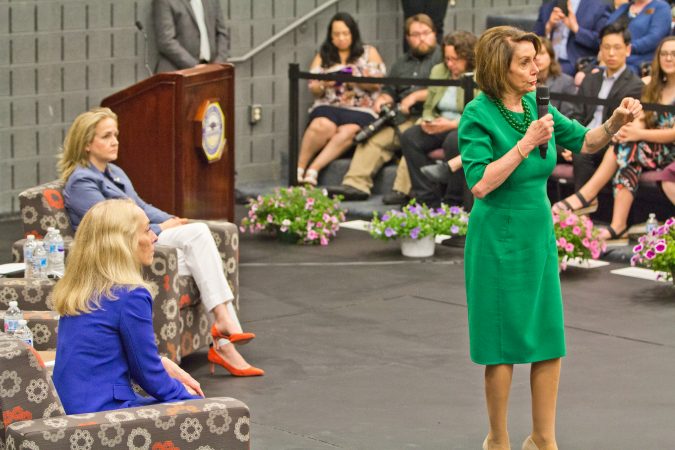 Tension between Trump and leadership in the Democratic-controlled House spiked this week after Pelosi said the President was “engaged in a cover up.”

Following those comments, Trump abruptly left a meeting with Democratic leaders on infrastructure.

A war of words soon followed. Pelosi said in a Thursday news conference that Trump’s aides “should stage an intervention for the good of the country.” The same day, Trump called Pelosi “crazy,” questioned her sanity by saying “she’s lost it,” and tweeted an video edited to highlight her tripping over words at a news conference.

When asked about the video specifically, Pelosi deflected.

“An incident like yesterday, I’m finished with that,” she said. “We’re on our own path.”

On the college affordability path, Pelosi outlined the priorities for House leadership.

Those priorities include modernizing and expanding Pell Grants, “vastly increased funding” for community colleges, incentivizing states to lower the cost of public universities, and curtailing the “profit motive” in the student loan business.

The term “shylock” refers to a Shakespearean character that some see as an anti-Semitic stereotype. The term has landed politicians in hot water before. That includes former Vice President Joe Biden, who used the word in reference to those who make predatory loans to military members.

Trooper shoots man with machete during traffic stop on I-83