Why one gun owner decided to finally join the NRA

‘I have no choice but to help them. That’s the way it seems,’ said a gun owner at the Great American Outdoor Show in Harrisburg. 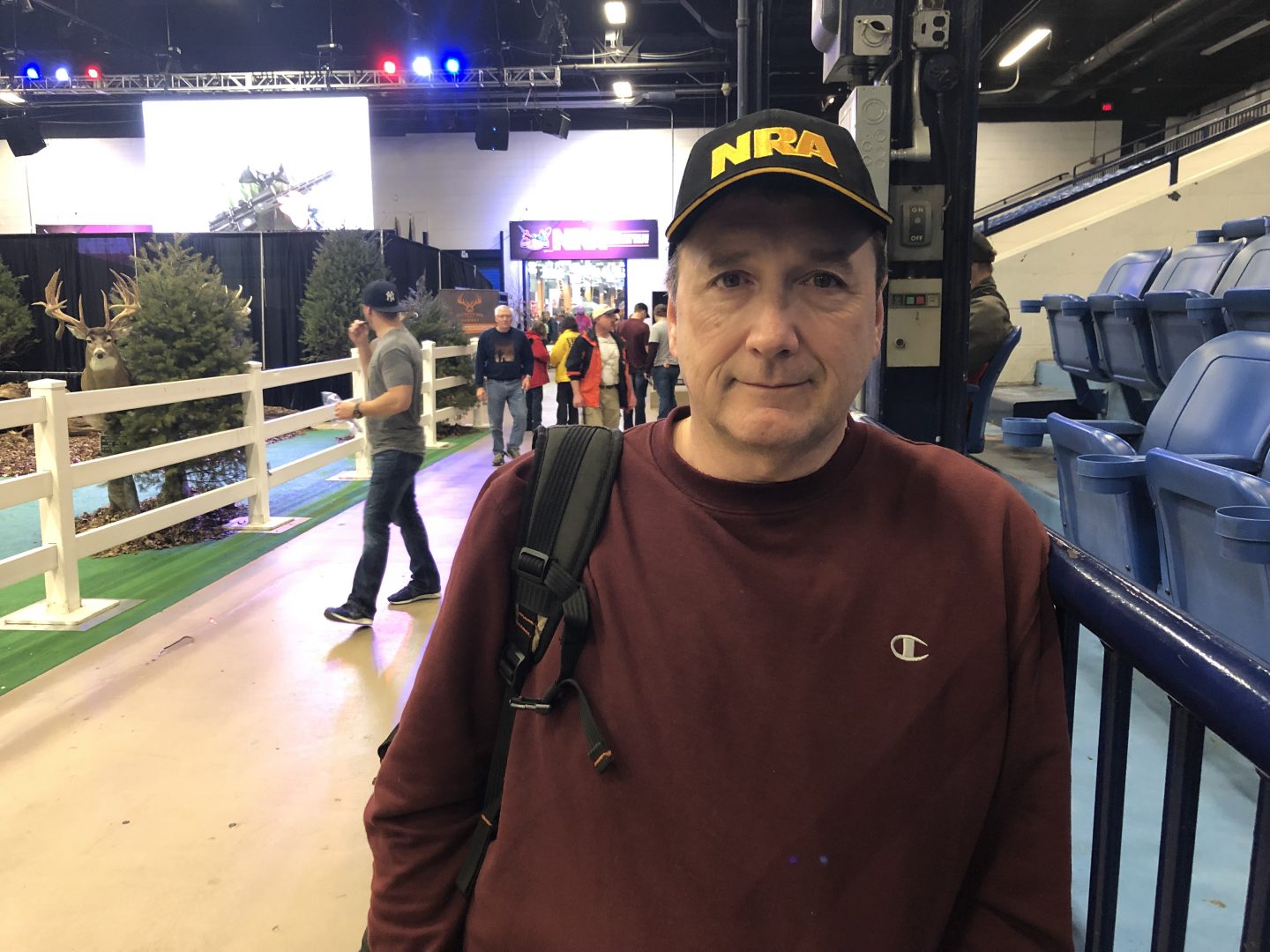 Back in 1999, Frank Menendez didn’t like how the NRA responded to the Columbine mass shooting. He thought the group showed “poor taste.”

Less than two weeks after two shooters killed 12 other students and one teacher at a Colorado high school, the National Rifle Association went ahead with an annual meeting in nearby Denver. The event was scaled back that year, but some in the community didn’t want the NRA there at all.

“I was very, very upset about that,” Menendez said, later adding, “I think they should have showed those people a little bit more respect, with what they lost, and waited.”

He refused to join the NRA for years.

But this week, the 54-year-old welder drove from Long Island, New York, to Harrisburg for the Great American Outdoor Show in Harrisburg. There, he paid the $35 membership fee and joined the NRA.

He took one of the free, black-and-yellow NRA hats and wore it throughout the Pennsylvania Farm Show Complex and Expo Center.

So what changed? Menendez doesn’t really think the NRA has.

Instead, he thinks the rest of the country has. It’s to the point where, in his view, regular gun owners like him are seen as bad people.

“I’m sick of this country’s attitude towards guns,” Menendez said in the Small Arena area of the complex, as NRA videos played on a large screen behind him.  “…I have no choice but to help them. That’s the way it seems now.” 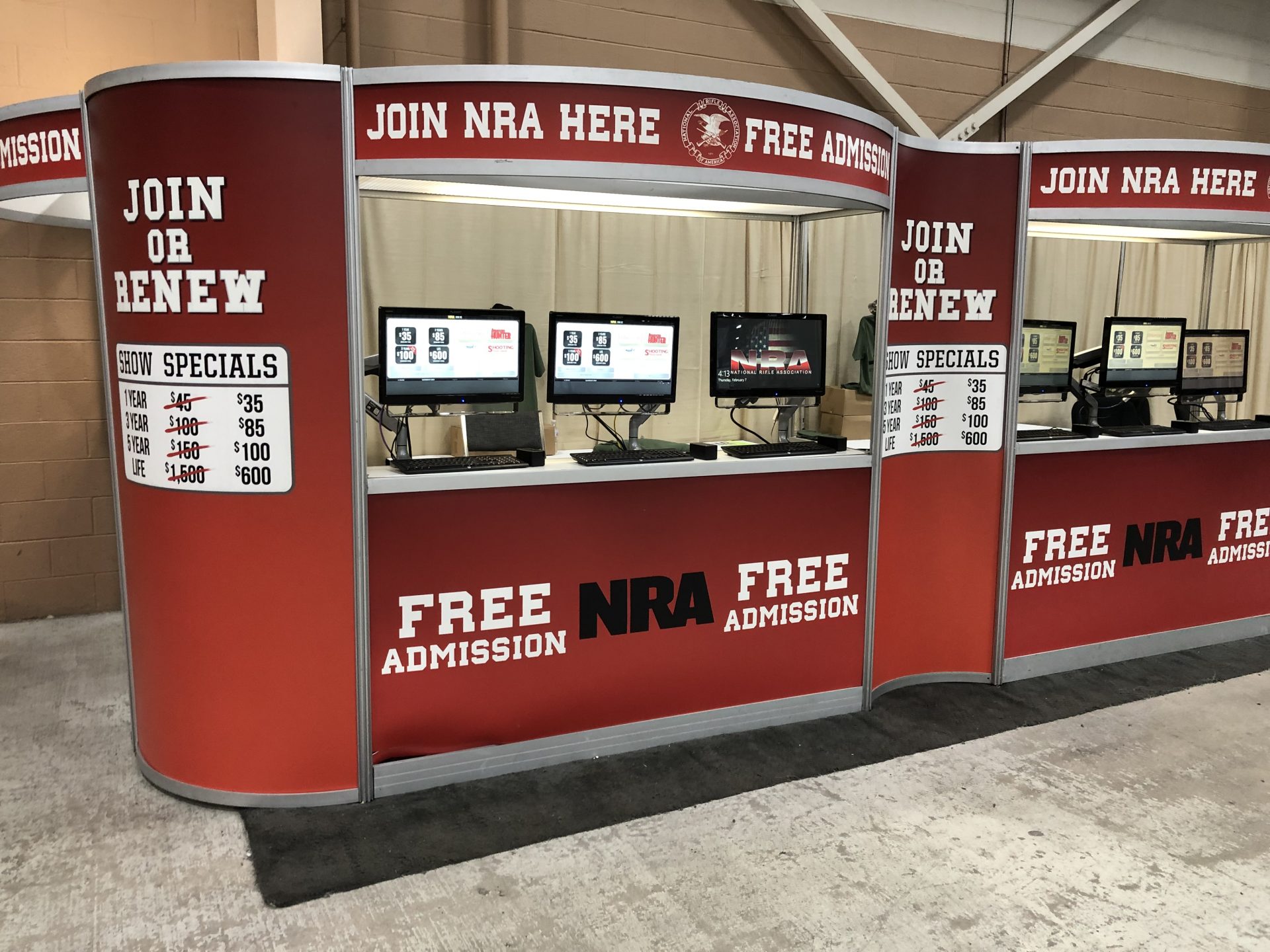 Booths at the Great American Outdoor Show in Harrisburg are seen on Feb. 7, 2019. The NRA offers free admission to the show for people who join or renew their membership.

This year’s Great American Outdoor Show — which the NRA has organized in Harrisburg since 2014 — falls during a challenging time for the group. The NRA’s tax records for 2017 showed a decline in revenue, including for membership dues, The Daily Beast reported a few months ago. And in the 2018 election, groups that push for increased gun restrictions outspent the NRA, The New York Times and others have reported.

On Wednesday, the U.S. House Judiciary Committee held what Democrats said was the first hearing on gun violence in nearly eight years.

Menendez thinks the measures have gone too far.

“People don’t understand. I’m not the guy you should be worrying about,” Menendez said. “I’m the guy who’s just going to the range with his kids and shooting cans. And you’re making me feel like I’m the guy that you’re attacking. And that’s not fair.”

In December, Cuomo, outlined multiple gun measures he wanted to pass in the the first 100 days of his third term.

“They ram it down your throat. They try everything they can. It’s a communist state. And we’ve got to thank Cuomo for that,” Menendez said. “And they just make it more and more difficult for law-abiding citizens.”

While Menendez felt like he had to join the NRA even though he thinks group can have a “relentless” approach, several other NRA members interviewed at the Great American Outdoor Show had less complicated feelings about the NRA.

“It’s necessary,” said John Youells, a 55-year-old Montgomery County resident who used to work in the elevator construction business. “People need to be educated about guns. We need somebody to represent us.”

But Youells doesn’t think the NRA has the same power it once did.

“It’s losing ground because of negative publicity from the Parkland shooting and all the other ones,” Youells said. “I don’t think the millenials believe in guns.”

Youells has a 27-year-old daughter. Her friends, he said, don’t seem interested in guns. 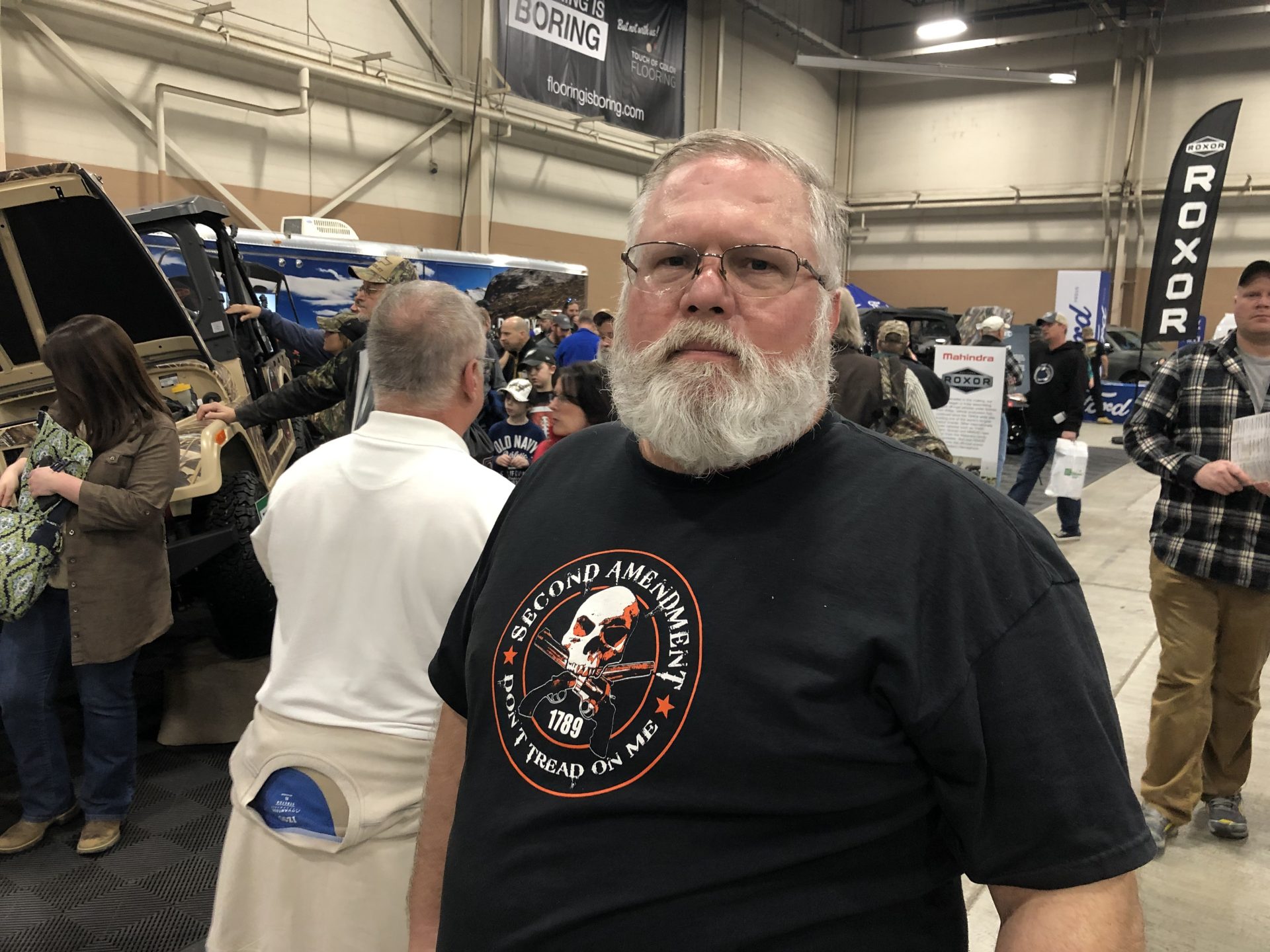 John Youells, 55, of Montgomery County, is seen at the Great American Outdoor Show in Harrisburg on Feb. 7, 2019.

Still, the NRA has plenty of power. It says it has record high membership of 5.5 million.

And while a number of gun restrictions passed following the Las Vegas and Parkland, Fla., mass shootings, an Associated Press analysis published in September found “the year was not the national game-changer that gun-control advocates had hoped it could be.”

In Pennsylvania, a significant gun bill passed last year that increased gun restrictions for people convicted of a misdemeanor crime of domestic violence and for certain defendants in protection-from-abuse cases. While a prominent statewide gun-rights group opposed the bill, the NRA was neutral.

At the Great American Outdoor Show, one NRA station had red carpeting, a glass case display for the NRA National Firearms Museum, a hunter education table and a spot to join.

D. Fischer — whose first name is short for Dennis — stopped by with his wife, Andrea Brown, and kids, and picked up some of the handouts.

Fischer joined the NRA when President Barack Obama was in office and pushing for a new ban on assault-style weapons and a ban on high-capacity magazines. “Gun freedoms were under attack,” Fischer said. 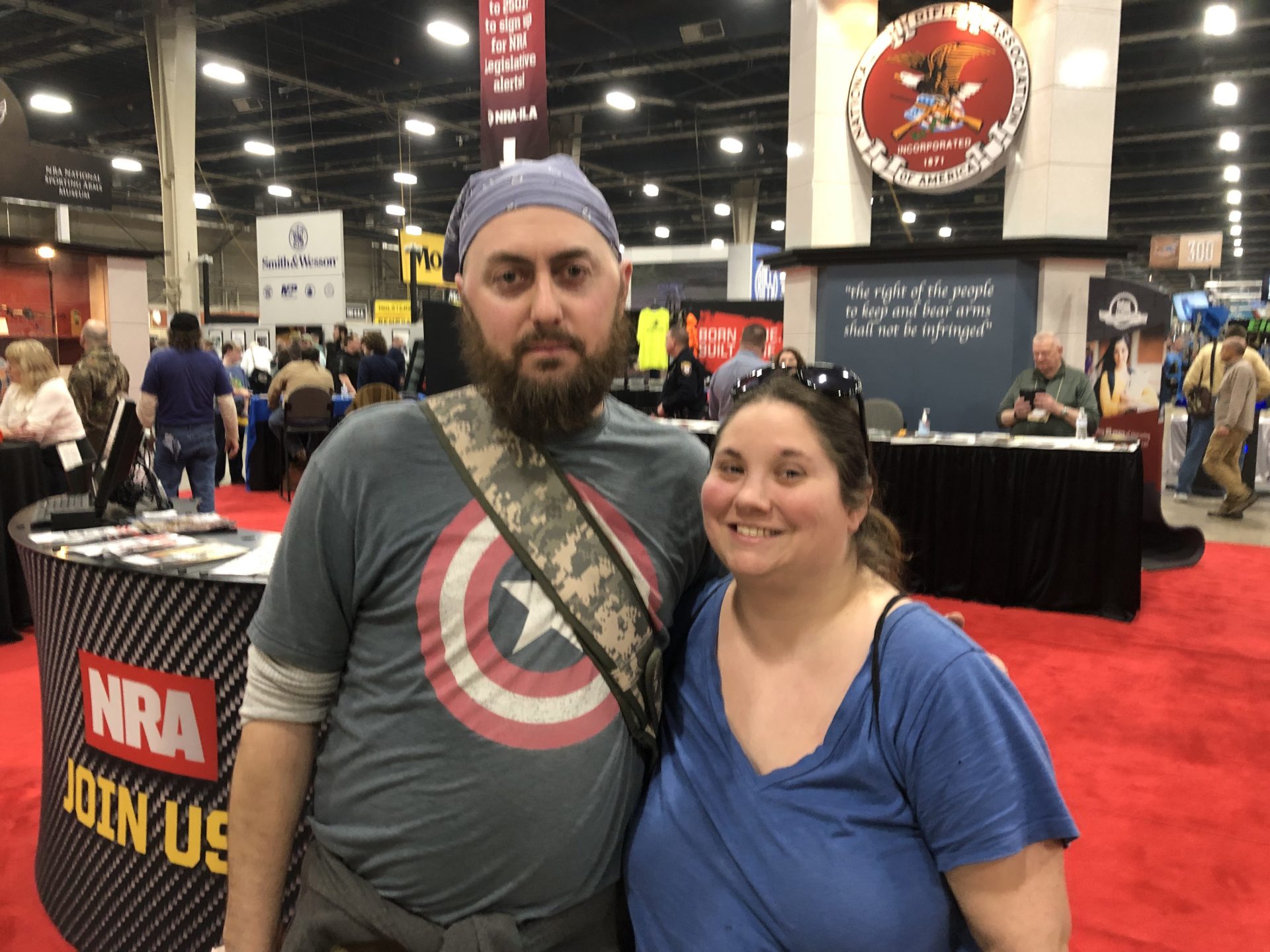 D. Fischer and his wife, Andrea Brown, are seen at an NRA station at the Great American Outdoor Show on Feb. 7, 2019.

Fischer, a Lancaster County laborer for a dairy business, said he’s not as worried about losing gun rights now as he was back then. It seems to him that ammunition prices and some guns are cheaper and easier to find, because there’s not a rush of people trying to hoard them.

He said other issues, such as border security, seem to be getting more attention in the news.

Senior Spring: How Teens Feel About Guns in America | NPR

Episode 20: Budget season is back, baby