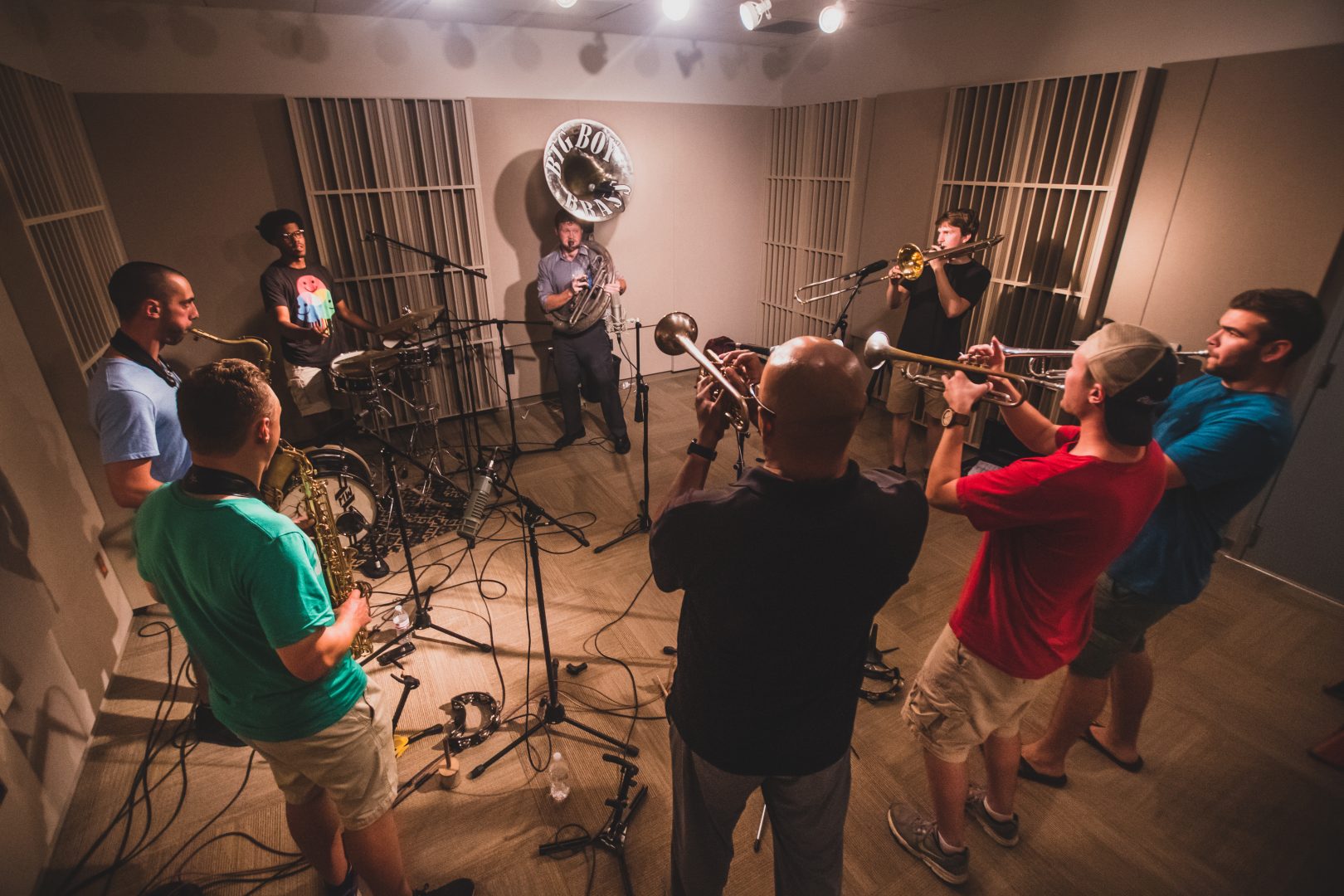 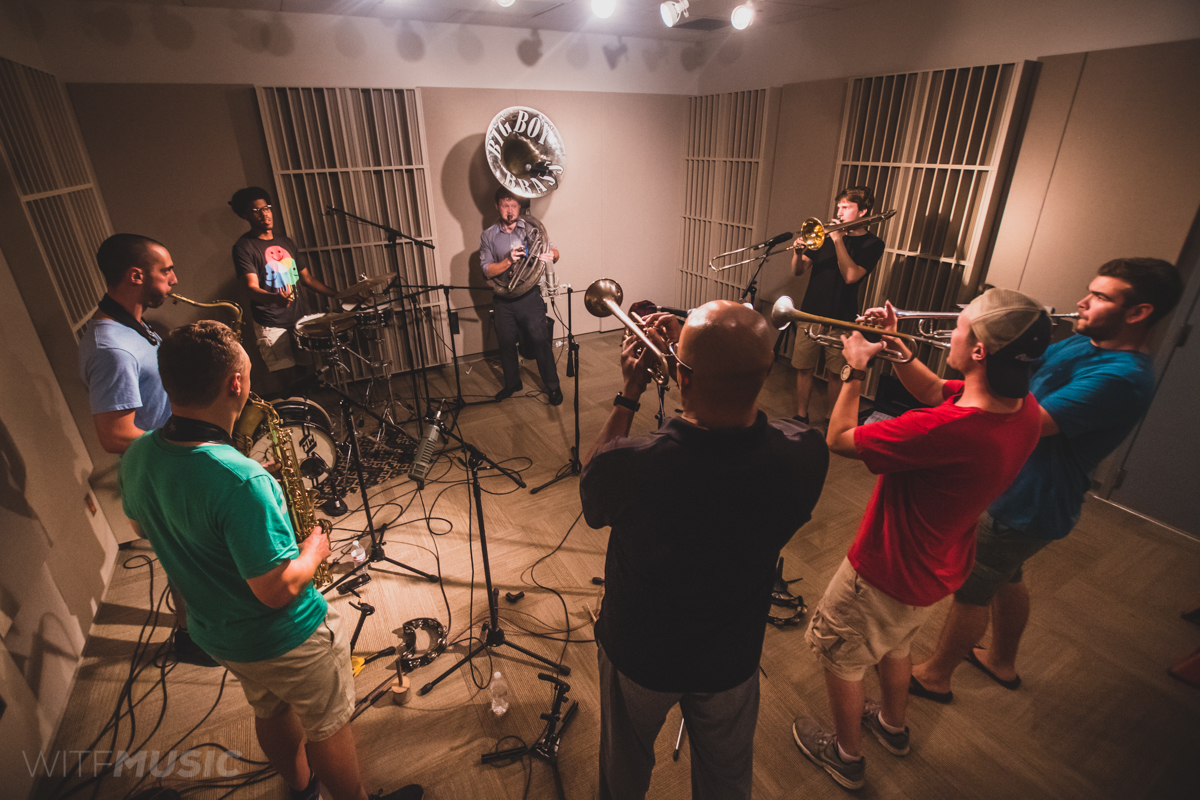 If you’ve ever been to Hershey Park you may have come across a strolling brass band, probably some college-age guys. Well, a few of them were together playing a non-Hershey gig back in 2016 and had an encounter afterwards in a parking lot.

“Somebody was like, ‘Yo! Play that sousaphone,'” recalls the guy carrying the sousaphone, Connor Devlin. They didn’t really want to play but the guy offered twenty dollars. And at that point they realized they could make money by playing on the street as a regular gig. And that’s the beginning of Big Boy Brass. 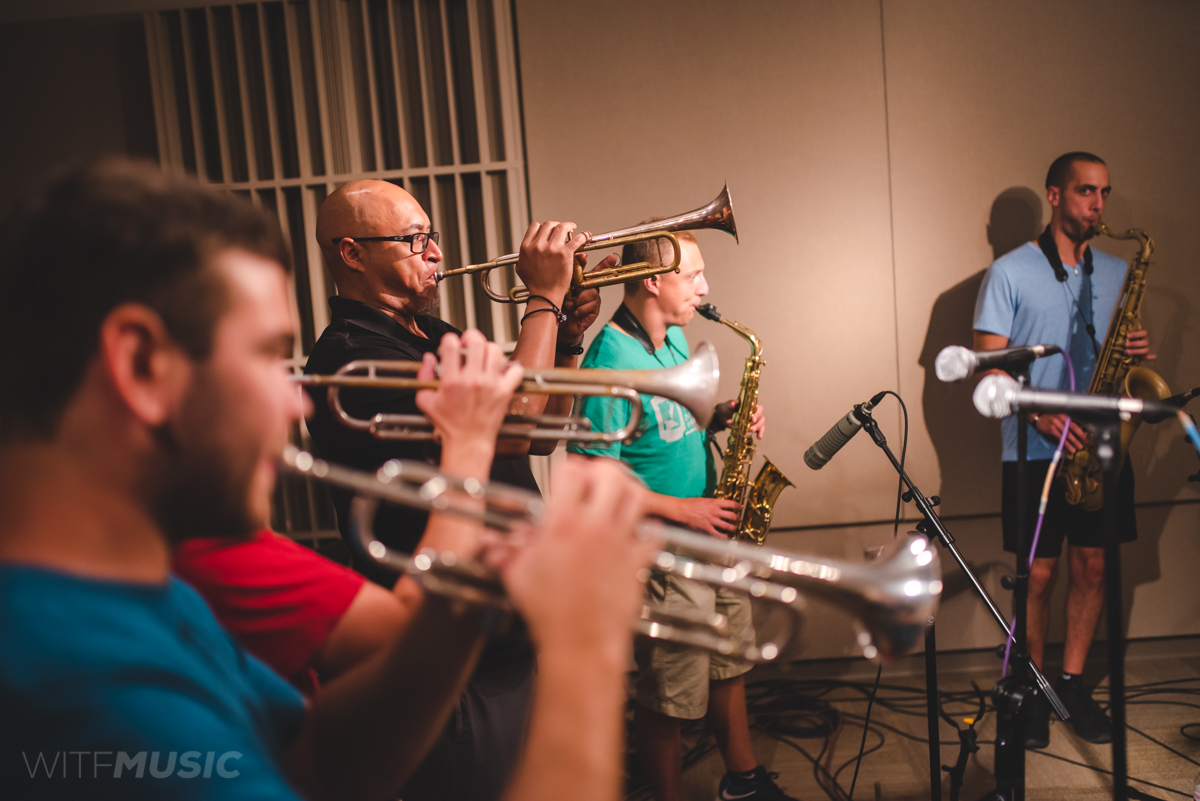 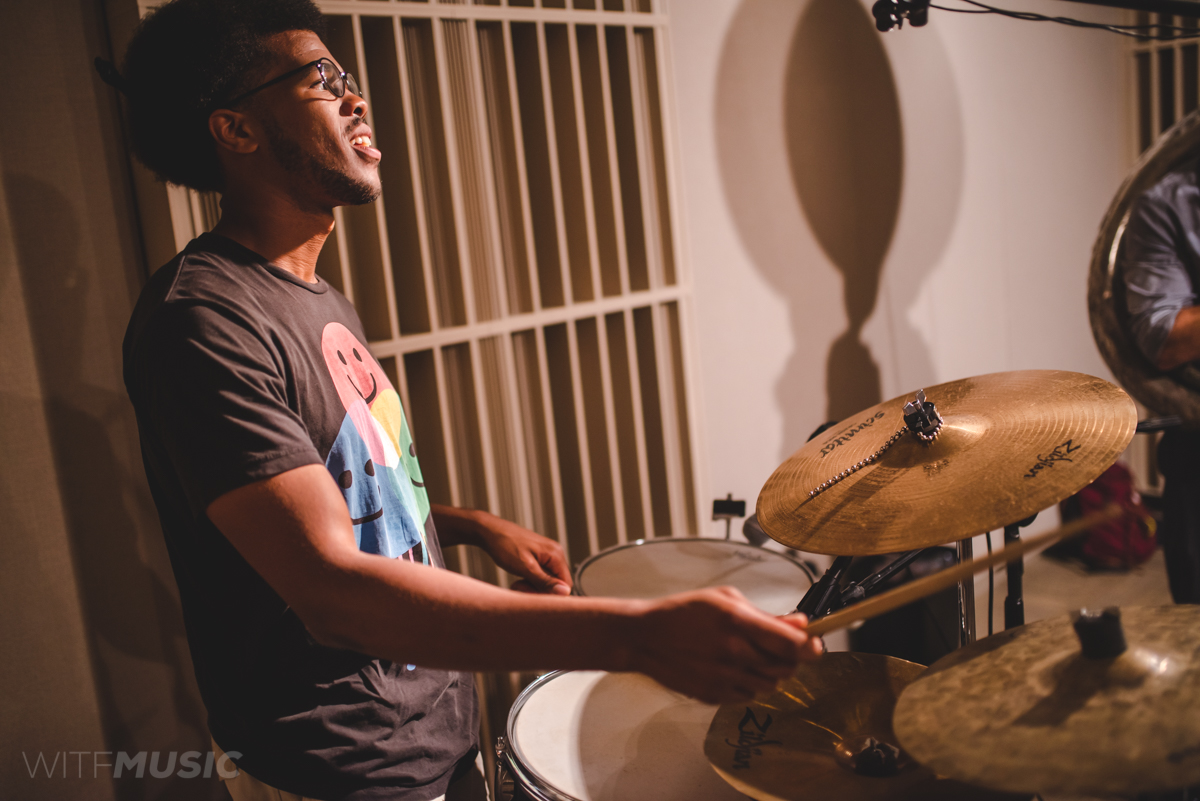 The lineup can vary, but eight members came to perform at our studio: Connor on the sousaphone; trumpeters Vinnie Shickora, Ben Ewing and JosÃƒ© Johnson; Sam Yoder playing trombone; drummer Matt Woodson; and Anthony Cherego and Jake Kaplan on saxophones.

“We started jamming every summer, and the Hershey dudes would leave so we’d be stuck in Lancaster, Matt and I,” Connor continues. “We had our friends from Millersville. So, eventually, September of 2016 we just put a band together of our Millersville friend–most of these dudes actually live together. Then we kept playing.”

“We started on the street just busking and eventually we got gigs,” says Connor. “And we’ve never really reached out for a gig. Ever gig we’ve gotten has just been somebody like, ‘Oh you should do this’ and then they hire us.”

“A lot of our style and music and influences come from the New Orleans brass bands,” Connor says. “Rebirth Brass Band, Dirty Dozen Brass Band. We pull a lot from Lucky Chops and Young Blood Brass Bad for inspiration. We try and do our own thing but when we started we were playing a lot of covers and I think that taught us the style of how to play as a brass band compared to playing as a rock band or a jazz combo.”

“It also taught us how to write too,” adds Anthony. “So all of those influences kind of sprouted the originals.”

One of their more unusual gigs was an impromptu appearance at a teacher’s strike at Millersville University.

Connor recalls that day. “Matt was like, ‘Yo, we should go out and jam. There’s an audience, why not play music for them?’ Like, not even taking a stance. Let’s just go play.” 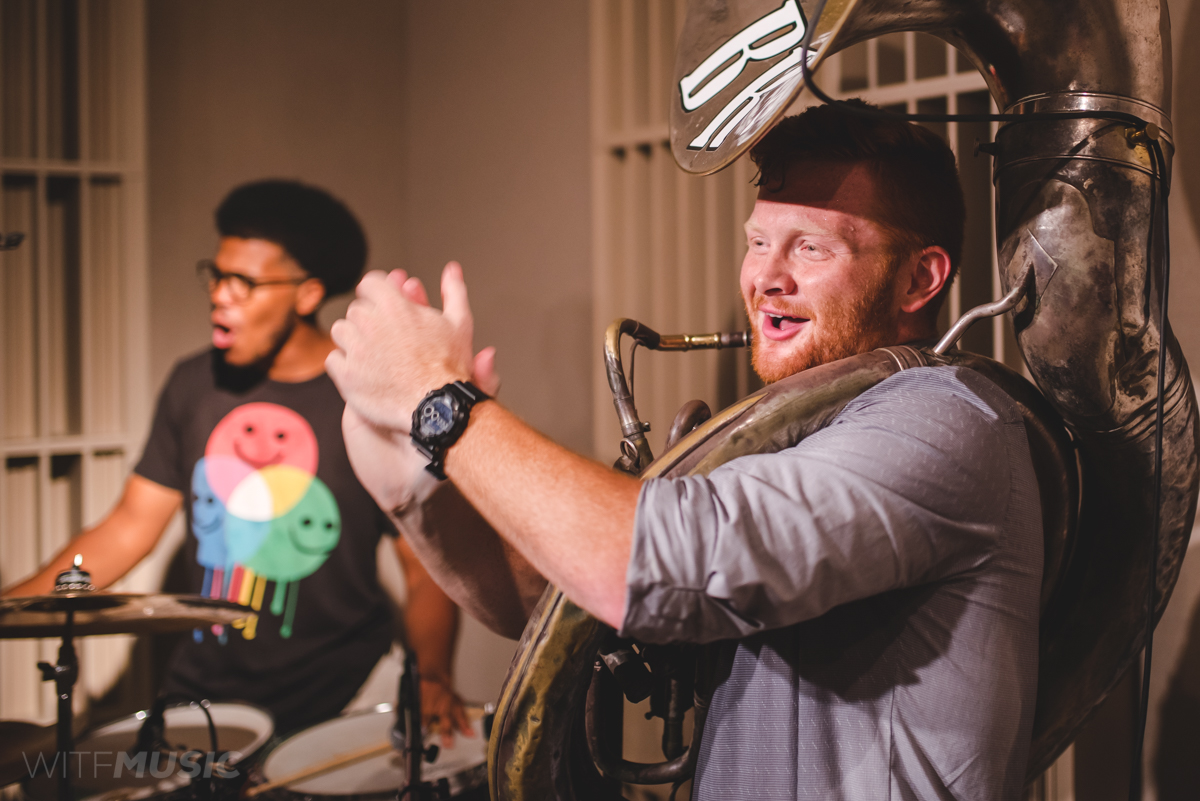 They played a cover of Adele’s “Hello,” and the crowd sang along “Hello from the picket line…”

They’re a New Orleans-style brass band and they do a lot of shouting and chanting within their songs. But Big Boy Brass isn’t just boisterous music, they’re also…intricate lyracists. Take for example their song “Raw Meat” in which they sporadically shout “raw meat.” The guys laugh when talking about this song.

“There is no deep meaning to ‘Raw Meat’.

“We just try to keep everything high energy,” Connor says. “If you listen to any New Orleans brass band it’s a party. Everyone’s moving the whole time.”

From their impromptu appearances to their scheduled gigs, it’s been a successful party so far for the Big Boy Brass Band.