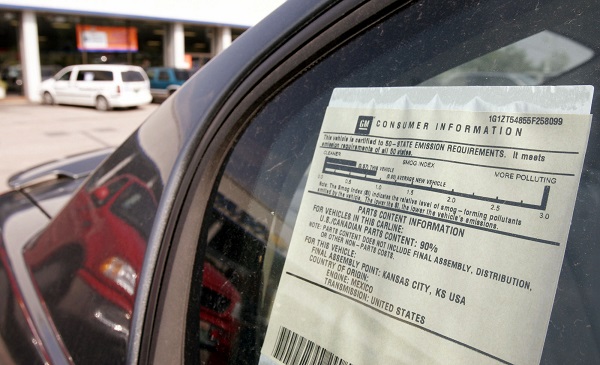 (Undated) — Local officials, environmentalists and health experts sounded off Wednesday in Pittsburgh on the Trump administration’s proposal to roll back a signature Obama-era climate policy, with many testifying that they want the stricter vehicle emission standards to stay in place.

But the Environmental Protection Agency and the Department of Transportation under President Donald Trump have proposed freezing them at 2020 levels under the “Safer Affordable Fuel-Efficient Vehicles” rule. The agencies are also considering revoking states’ abilities to set their own vehicle emission limits. California has a waiver to set stricter standards than the federal government, and about a dozen other states — including Pennsylvania — have followed suit.

The EPA and DOT held a series of hearings on the matter this week, culminating in Pittsburgh. As many as 140 people were scheduled to testify at the event.

Ken Kimmell, president of the nonprofit Union of Concerned Scientists, urged regulators to reconsider the rollback.

“These car standards that are in place are working really well,” he said. “They are saving people money at the pump, they are cutting down our dependence upon burning oil, and they are cutting in a significant way our greenhouse gas emissions.”

The Trump administration says newer cars are safer, and the proposal will make them more affordable, which in turn will reduce crash fatalities. The Union of Concerned Scientists, among other groups, contests that argument.

At an earlier hearing in Michigan, automakers said they want to continue building cleaner cars and don’t want to freeze the standards, but they would like greater flexibility within the regulations because drivers are buying more trucks and SUVs, which are less fuel-efficient.

Pennsylvania has joined a coalition of 19 states that intend to sue if the rule becomes final.

In Pittsburgh, several municipal officials and groups spoke out against it.

“This proposed rule makes no sense whatsoever,” said Matthew Mehalik, executive director of the Pittsburgh-based Breathe Project. “It would just add to an already burdened region. Vehicles are a second leading source of air pollution, so why would we put a rule in place to make that more impactful?”

The EPA and DOT will continue to accept written comments on the rule through late October.

Correction: The original version of this story contained incorrect information about the status of states’ lawsuits over the proposed rule.