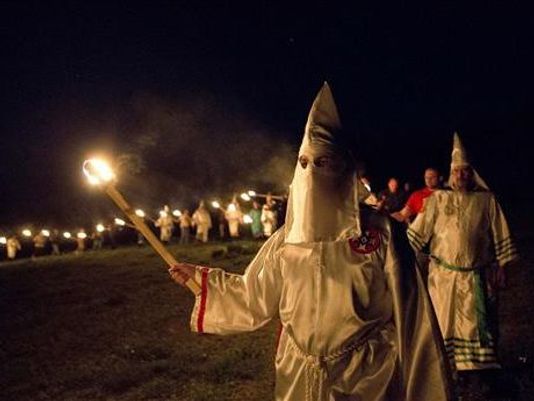 In this Saturday, April 23, 2016 photo, members of the Ku Klux Klan participate in cross burnings after a “white pride” rally in rural Paulding County near Cedar Town, Ga. Born in the ashes of the smoldering South after the Civil War, the KKK died and was reborn before losing the fight against civil rights in the 1960s. Membership dwindled, a unified group fractured, and one-time members went to prison for a string of murderous attacks against blacks. Many assumed the group was dead, a white-robed ghost of hate and violence.(Photo: AP Photo/John Bazemore)

(Undated) — Three words keep repeating in Chad Lassiter’s mind when he thinks of York County: “too much hate.”

And it was clear Saturday night that hate could no longer be ignored.

As executive director of the Pennsylvania Human Relations Commission, Lassiter is planning two events to bring justice in York County.

“We can’t continue to let this go on,” Lassiter said. “This is the third incident.”