Media is criticized; not trusted by half of Americans 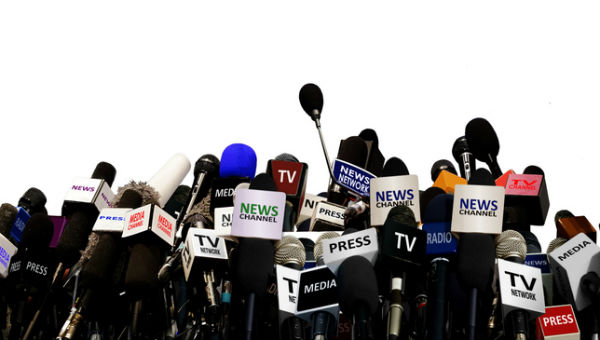 The mass media or mainstream media, as many call the most popular radio and TV networks, newspapers and websites, is under fire, perhaps more than at any time in recent history. Probably every American president has criticized the media at one time or another and there were times throughout the nation’s history when journalists weren’t responsible in reporting the news or were partisan politically, but no president has attacked the media publicly like Donald Trump.

President Trump coined the name “fake news” when he hears a story he doesn’t like or sees as inaccurate, has called reporters dishonest, bad people and has gone as far as saying the press is the enemy of the people.

Even before Trump became a candidate or president there were Americans that saw the media as biased or unfair, but in today’s atmosphere, the criticism has gone beyond not believing everything that is reported.  At least 34 journalists have been physically assaulted in 2017.  Just last week, Walmart agreed to remove a tee-shirt the stores were selling that read “Rope. Tree. Journalist.  SOME ASSEMBLY REQUIRED.” 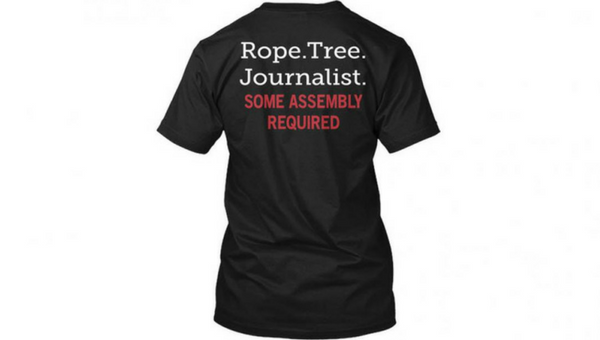 The 2017 Poynter Media Trust Survey released last week found that about half the country trust the media.

Many journalists are battling back with transparency and with a renewed committment to making sure the news they report is accurate. 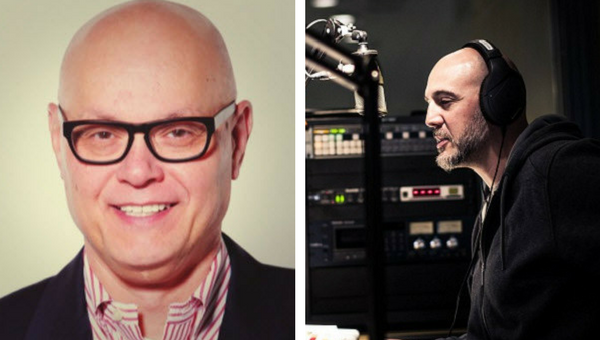 – It is healthy to be skeptical of the media. In fact, I believe it is necessary for a healthy democracy. One cannot trust everything they read or hear. Learning to question is paramount. That being said, it is objective skepticism, not emotional skepticism, that I am referring to. Distrusting the media because it does not conform to your political beliefs or worldview is unhealthy, but learning to neutrally evaluate is necessary.   – Josh

– The American public… citizenry, a word not used very often any more in this country… has lost its ability of critical thinking and can no longer discern between journalism and propaganda.

The media’s role is to ask questions, seek answers, probe in the darkness to enlighten, enable facts to come to light for every man, woman and child to come to their own conclusions.

It makes me very sad, disheartened, frightened and angry.

– Several years ago, NPR interviewed Rush Limbaugh. I cannot remember the exact quote, but in essence, he said: My job is to appeal to a certain segment of the population, hold their attention for as long as I can, so I can charge the most for advertising.                         – Tom, Carlisle

– If not for NPR & PBS, I would not know the truth about what is happening locally and world wide!  I must also add that I do depend on CNN & MSNBC for mostly political news.

Sometimes I will tune into FOX news, but can only stand it for about a minute.  Easy to see how so many are brainwashed by only watching FOX!

The commenter in the email that was read earlier kept referring to HIS OPINIONS by saying “WE & WE’RE”.  HE DOES NOT speak for me and many of social connections!

– When we speak of opinion it is always affected by  perception preference and bias.

Even our internet now sons are too repetitive sites cuz it is been algorism to notice our preference so we rarely hear opposing views which makes us think we are supported by the numbers.

– Scott, your program is one of the most unbiased on radio.  You’ve heard so much criticism of NPR.  That bias  is real. Just listen to Scott Simon interview a Republican and then a Democrat.  He reinforces what the Democrat says by repeating things.  Then, he argues and tries to contradict the Republican.  It really doesn’t matter what the topic is.       – Phil

– I have found myself paying more attention to “conservative” news sources since the election of President Trump. To see what the “other side” wants their loyal soldiers to hear and read. The huge increase in Internet media allows individual to put out their personal agendas with or without journalism credentials. How can one sort it all out?                                – Scott

– WWII and the 1950s were also tumultuous times. Do your guests know what the public opinion was of the media during those eras?     – Sarah, Chambersburg

– Our system has been deteriorating for years when the schools decide whether you are smart enough to be able to go into a higher track or they should just send you through the minimal education so that you can clean the toilets we create a caste system and then complain that people aren’t smart and so we have to take care of them.

The people who have been called deplorables have gotten caught up in the system of dismissal and categorisation. Freedom and dignity be long to all if we refuse to teach that by example in our government system then we will continue to decline. Watching the way our present president speaks of people watching the ridicule smart remarks and absolute disrespect in our Congress and even at times the put-downs by President Barack Obama who I admire greatly turning to Hillary Clinton and saying you’re likable enough. This is what we teach by example   – Susie, Reading

– Comment: two of the presidents constant critics are conservative commentators David Brooks and Michael Gerson both of whom focus on character and competency

QUESTION: How difficult it is to cover items when most Americans cannot pass the test given to immigrants who want to become American citizens    – Robert

– You are on the mark when you say that people think you have fake news because it does not agree with their preconceptions. However, I’ll bet that they like your local news (and the 11 o’clock news) because they have no preconceived ideas about local news. Local news is just that — “News”. It’s news to them. National news is already “known” by many listeners and therefore not believed when your national news is presented.    – Lee, York