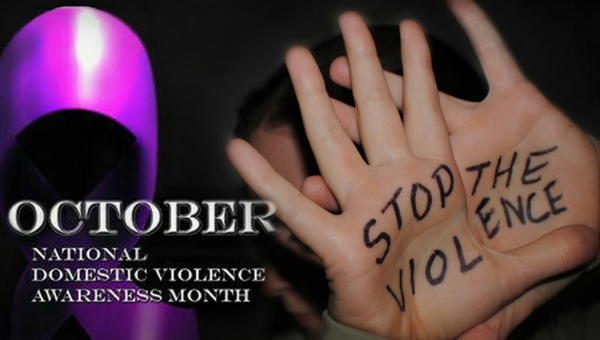 Domestic violence is characterized by “a pattern of abusive behavior in any relationship that is used by one partner to gain or maintain control over another intimate partner.”  This type of abuse can be perpetrated using “physical, sexual, emotional, economic, or psychological actions or threats of actions that influence another person.”

More than 1,600 Pennsylvanians have died as a result of domestic violence since 2007; more than half of those murders were committed with firearms.   Domestic abuse does not discriminate; the violence transcends race, age, class or gender.  Of the 102 people who died in 2016, 56 were women and 46 were men.  They ranged in age from one-year old to 86.

October is Domestic Violence Awareness Month, and while every day is the right day for this conversation, this month provides an opportunity to bring together voices from the community – from advocacy and enforcement to recovery and education – to discuss ways of empowering the victims of abuse and prevent violence in the future.

On Friday’s Smart Talk, we’ll talk about identification and prevention of domestic violence and some of the legislative efforts being made to restrict gun ownership by abusers and an initiative to educate parents on how to teach their daughters to call out domestic abuse when they see it.

Joining Smart Talk are Jennifer Storm, Victim Advocate for the Commonwealth of Pennsylvania and Susan Higginbotham, executive director of the Pennsylvania Coalition Against Domestic Violence.  We will also speak with a victim of abuse who is now speaking out to other victims about standing up to violence. 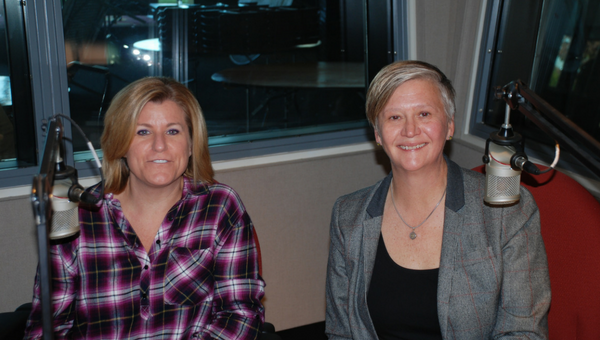 Jennifer Storm, Victim Advocate for the Commonwealth of Pennsylvania and Susan Higginbotham, executive director of the Pennsylvania Coalition Against Domestic Violence

Smart Talk encourages you to join the conversation by calling the program at 800-729-7532 or via email at smarttalk@witf.org.  Follow us on twitter at @SmartTalkWITF.

The national domestic violence help hotline is 1-800-799-SAFE (7233). By calling this number, you are connected immediately with services near where you live. It is 24 hours and seven days a week.

You can also find help on our website by going to www.PCADV.org and clicking on the map of Pennsylvania where it says “Find Help” Click the county where you live and contact information for the nearest domestic violence center will display.

– I would prefer my name not be used on air for legal and safety reasons. Thank you.

I know your show today will be about domestic violence.

I won’t be able to listen live BC I have to file for my third pfa this year. One ran its course (6 months) one I had to drop in a plea deal with my abuser and now again I have to file.

My abuser is clever, and charming and has NPD. He knows the law well. He lied to obtain a pfa against me I believe in retaliation for me getting one against him, and has used it to continue to terrorize me.

I fear for my life and my children’s well being. I am forced to share custody with this person who has done, and continues to do, so much damage.

I have called the police so often they now get angry at me for calling and I have now been advised not to call them anymore unless he is right on top of me. For months they said call if you are afraid. I called, they did not help.

I live in fear every day and after a year of dealing with this feel hopeless. I know my abuser will not stop until in I’m jail or dead. It seems the law is extremely limited in assisting me and my children.

-I have two questions:

1.  Where do you go when your abuser is part of the system that is supposed to protect you?  I’m my specific case, my abuser works for and has many friends within the county, including those in the county’s top administration.  After she had me at gun point, the county’s DA decided to forego any sort of trial and offer ARD even though the case seemed to be a slam-dunk.  That effectively took away any protections I would have under federal and state laws because ARD amounts to no conviction.

Part of the ARD agreement was that my abuser had a 100-yard restriction and no-contact order which she has repeatedly violated.  My complaints on this as well as evidence needs to go to the very DA that gave her ARD, and my pleas seem to fall on deaf ears.

Where do you turn in this sort of scenario?

2.  In researching resources for male victims, I find that there is a bias regarding gender.  It’s exceptionally difficult to find a web site or literature which doesn’t speak almost solely to females.  Do you see a need to change the perception of who are victims of domestic violence?       – anon

– We hear about the predominant number of men who are abusers. Are there other demographics? Income level? Health characteristics like obesity? Political party affiliation? Education level? …

I know your answer will include that an abuser could be anyone but my question goes further. What are other typical characteristics beyond men.  – Jeff