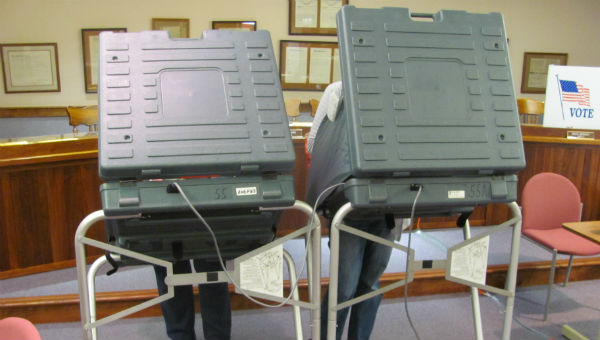 There are several reasons people don’t vote.  Some heard most often are voters don’t like their choice of candidates, they don’t know enough about the candidates, voters don’t think their vote will have an impact, or they’re just cynical about government.

Maybe that explains why only 19% of registered voters in Pennsylvania turned out for the state’s primary election last month.

Traditionally, “off-year” elections when municipal office holders are decided are characterized by low turnouts but 19% is even lower than usual.

Not often does one hear that registering to vote is what is keeping voters from participating but changes in how voters register is what’s being proposed to increase voter turnout.

Among the proposals are allowing voters to register on the same day they vote and electronic voter registration.

Other ideas include early voting and no-fault absentee voting.

We’ll look at these and other proposals on Tuesday’s Smart Talk with Barry Kauffman, executive Director of Common Cause Pennsylvania.  Also joining us are Rep. Ryan Bizzaro (D-Erie) and Rep. Kevin Schreiber (D-York).