Democrats kept the Senate this year, but 2024 may be harder 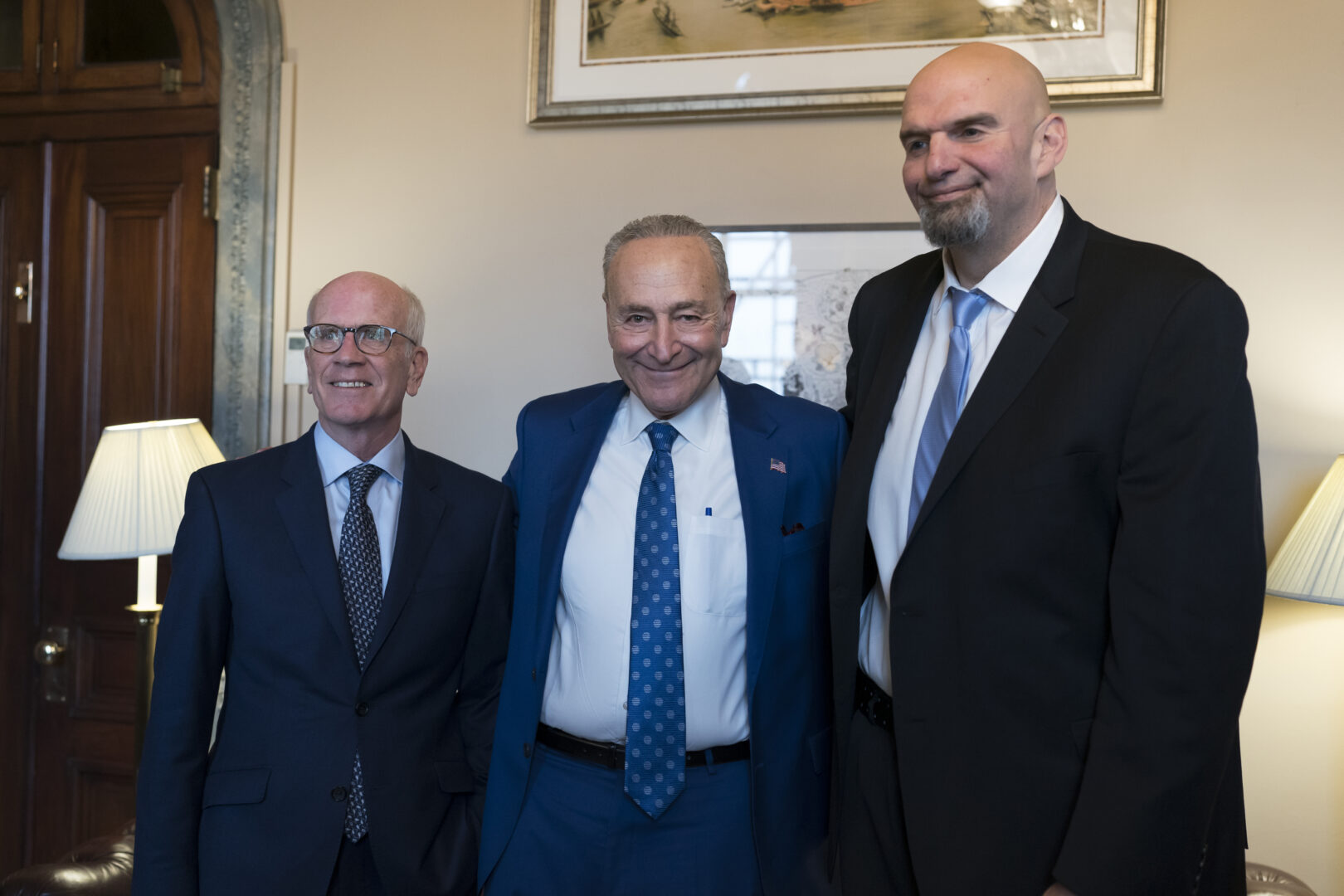 Democrats celebrating a successful effort to keep control of the U.S. Senate this year will soon confront a 2024 campaign that could prove more challenging.

The party enters the next cycle defending 23 seats, including two held by independents who caucus with Democrats. That’s compared with just 10 seats that Republicans hope to keep in their column.

Adding to the potential hurdles is that some 2024 contests are in states that have become increasingly hostile to Democrats, including Montana, Ohio and West Virginia. Other Democratic-held seats are in some of the same hotly contested states that were at the center of this year’s midterms, such as Pennsylvania, Arizona and Nevada. And while Democrats carried each of those races, they did so at great cost and with sometimes narrow margins. In Nevada, for instance, Democratic incumbent Sen. Catherine Cortez Masto won by less than 1 percentage point, or about 9,000 votes.

For now, both parties insist they’re laser focused on coming out on top in the Dec. 6 Senate runoff in Georgia. But Democrats who are on the ballot in 2024 know that they could face fierce headwinds and are studying the results of this year’s election, when the party outperformed expectations.

“We know that races are always close,” Rosen said in an interview. “We never take anything for granted.”

The dynamics of the next Senate campaign could be influenced by a variety of outside factors, particularly the presidential election and the attention it generates. Biden, who turned 80 this month, has said his “intention” is to run for reelection and that he will make a final decision early next year. Former President Donald Trump has already announced a third White House bid, and multiple other Republicans are lining up to launch campaigns. The eventual nominee in each party could have a profound impact on down-ballot races, including those for Senate.

But perhaps the biggest question for Senate Democrats seeking reelection will be who Republicans nominate as their opponents. The GOP lost several Senate elections this year, including those in Arizona, Pennsylvania and Nevada, after Trump-backed candidates struggled to raise money and connect with a broader, more moderate range of voters during the general election.

In Nevada, the Republican field to challenge Rosen has not begun to shape up but is expected to attract several contenders. One name receiving attention is Sam Brown, a former U.S. Army captain who was awarded a Purple Heart after being severely wounded in Afghanistan. Brown ran for Senate this year and put up a strong challenge in the Republican primary before losing to Adam Laxalt, who lost in the general election to Cortez Masto. 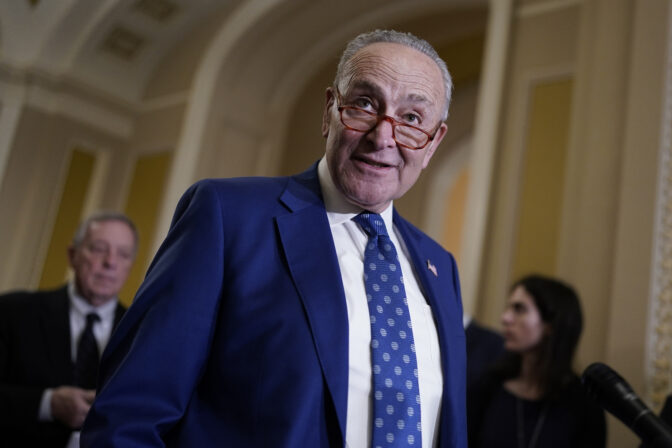 Richard Hernandez, who was Brown’s campaign adviser, said, “He has committed to his supporters that he will never stop fighting for their issues, but he has not made any decisions as to whether that involves a future run for office.”

Also in the southwest, Arizona Sen. Kyrsten Sinema, a centrist Democrat, will be up for reelection. The race, like other recent statewide contests in Arizona, is expected to be very competitive. But Sinema is likely to first face a well-funded primary challenger after angering much of the Democratic base by blocking or watering down progressive priorities like a minimum wage increase or Biden’s big social spending initiatives. She has not said whether she plans to run for reelection.

Sinema’s most prominent potential primary challenger is U.S. Rep. Ruben Gallego, who has a long history of feuding with Sinema. Gallego has not announced his plans for 2024 but has made it no secret that he’s thinking about challenging Sinema. He even raised money on the prospect he might oppose Sinema.

An independent expenditure group is also raising money, saying it will support grassroots organizations committed to defeating Sinema in a Democratic primary.

Republicans hope a bruising Democratic primary might give them an opening to win the seat after losing Senate races in Arizona in three consecutive elections.

Sinema is among a trio of moderate Senate Democrats who have sometimes used their leverage in an evenly divided chamber to block or blunt some of Biden’s plans and nominees. They will also be among the party’s most vulnerable incumbents in 2024.

The other two senators, Joe Manchin of West Virginia and Jon Tester of Montana, will be running as Democrats in states that Trump handily carried in 2020.

Manchin has already drawn a GOP challenger in U.S. Rep. Alex Mooney, who declared a week after winning reelection that he was setting his sights on higher office. Manchin has not yet said whether he’ll run for reelection.

Republicans see Tester, a three-term senator, as vulnerable, and the opportunity to run for the seat could draw a fierce primary contest between former Interior Secretary Ryan Zinke and Rep. Matt Rosendale. Zinke, who won a House seat in this year’s midterm elections, said he will decide whether to run next year, and Rosendale declined to answer.

Tester has not announced if he will seek another term but has said he anticipates 2024 will be just as tough as his last race in 2018, when he beat Rosendale in a close contest. 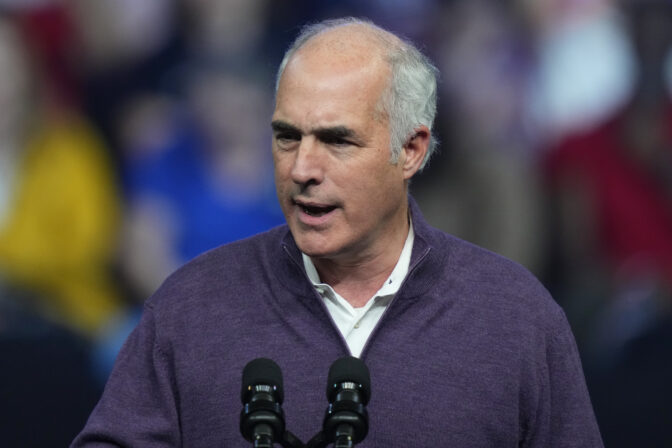 FILE – Sen. Bob Casey, D-Pa., speaks before President Joe Biden at a campaign rally for Pennsylvania’s Democratic gubernatorial candidate Josh Shapiro and Democratic Senate candidate Lt. Gov. John Fetterman, Nov. 5, 2022, in Philadelphia. Casey has not said whether he intends to run for a fourth term. Casey easily won reelection in 2018, but Pennsylvania has been competitive for Republicans, including in this year’s Senate race won by Democrat John Fetterman. (AP Photo/Matt Rourke, File)

In Pennsylvania, Democratic U.S. Sen. Bob Casey has not said whether he intends to run for a fourth term. Casey easily won reelection in 2018, but Pennsylvania has been competitive for Republicans, including in this year’s Senate race won by Democrat John Fetterman.

One potential Republican challenger whose name has been floated in Pennsylvania is former hedge fund CEO David McCormick, who narrowly lost the Republican primary in this year’s race to celebrity heart surgeon Dr. Mehmet Oz. McCormick advisers declined to comment on that prospect. Conservative activist Kathy Barnette, who finished a close third in the Republican primary, didn’t respond to messages about whether she’s considering a 2024 campaign.

Democratic Sen. Tammy Baldwin is widely expected to seek a third term but has not officially announced. There are no official Republican candidates, but U.S. Rep. Mike Gallagher has been talked about as a possibility.

Gallagher brushed off a query about whether he was considering challenging Baldwin, saying in a statement that he was focused on tackling issues like inflation and the border over the next two years after having just won reelection.

“Any talk of the next election, especially since we just had an election, distracts from the serious work we need to do,” he said.

A number of high-profile Republican senators will also be up for reelection in 2024, including Ted Cruz of Texas, Josh Hawley of Missouri and Rick Scott of Florida.

On the Democratic side, a number of the party’s former presidential candidates will face voters. Massachusetts Sen. Elizabeth Warren, Minnesota Sen. Amy Klobuchar and New York Sen. Kirsten Gillibrand have all said they plan to seek another term.

Vermont independent Sen. Bernie Sanders, who caucuses with Democrats and is one of the most influential progressives in Congress, has not said if he intends to run for reelection.

In Utah, former presidential candidate Mitt Romney will face his first Senate reelection bid — if he chooses to run. Romney remains popular with many residents in Utah but has faced backlash from his own party for being the only Republican who voted twice to remove Trump from office after his two impeachments by the House.

When asked if Romney planned to run for reelection, his spokesperson Arielle Mueller did not offer any detail on his plans, saying instead that the senator was focused on tackling “significant challenges facing the country.”

Utah Attorney General Sean Reyes, a Republican who has been a Trump ally, is one of the GOP figures who has been seen as a potential 2024 Senate candidate in the state. Reyes’ longtime political consultant Alan Crooks wouldn’t say whether the attorney general will launch a campaign but argued he was getting pressure from within Utah and outside the state to have him run.

“He’s certainly set up to run, but it does not mean he’s considering it,” Crooks said.

Pennsylvania House Democrats will lose their majority for at least a few weeks. Here’s why.