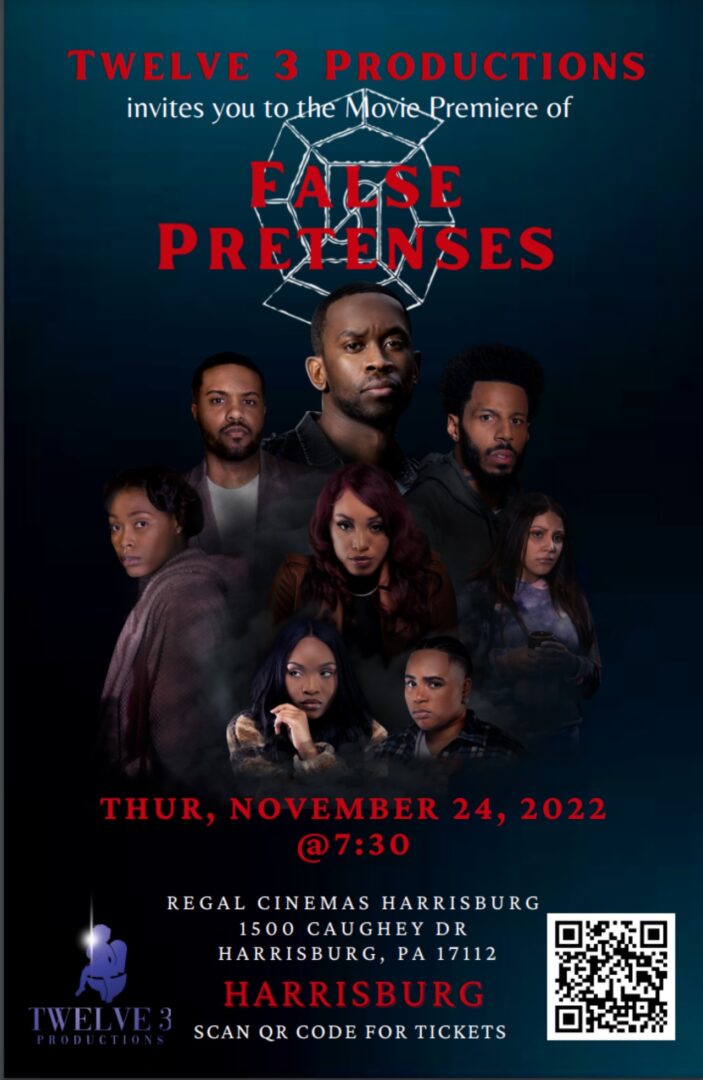 A Harrisburg native producer has an upcoming premiere on Thanksgiving day for a film called ‘False Pretenses’ that highlights the challenges black people face in modern-day society.

Andrew Fountain, False Pretenses Producer, and Johnathan Davis, Actor in the False Pretenses film, joined us on The Spark Monday to share the details about their career, the film and their roles within it.

Fountain said, the road to where he is in his career was bumpy but he believes everything that happened served a purpose in helping him to become the man he is today.

Fountain was a Harrisburg School District student who learned differently and didn’t benefit from a traditional classroom setting, he said.

He not only didn’t conform to the norms of the classroom but aims to shatter the norms of society in his films by telling different stories and giving the next generation the opportunity to see black people in roles that go against stereotypes.

Fountains’ new film tells the story of eight black friends who gather to learn the identity of the first recipient of one year’s worth of savings garnered through a Caribbean and Haitian cultural wealth-building process called “sou-sou.” Instead of celebrating, the gathering turns deadly and the seven remaining friends become suspects when it’s slowly revealed that they each had a reason to steal and kill.

“The reason why I’m delivering it (the film) on Thanksgiving Day is because that’s when you have generations of family together,” Fountain said. “There are certain things sprinkled throughout the film that I want to create that conversation so that the younger generation could talk to the older generation and also be entertained at the same time.”

For more information about the movie, visit falspretensesthemovie.com.

How are grocery stores and customers responding to inflation and the turkey shortage this holiday season?