The Pennsylvania Capitol is a convoluted place. Spotlight PA wants to help make sense of it.

Looming election jolts Harrisburg into action as Pennsylvania state lawmakers pass a flurry of bills, cash in on fundraisers

The GOP-led legislature moved five bills authored by the party’s gubernatorial candidate, forcing Democrats to choose between policies they might support and bolstering Doug Mastriano's record. 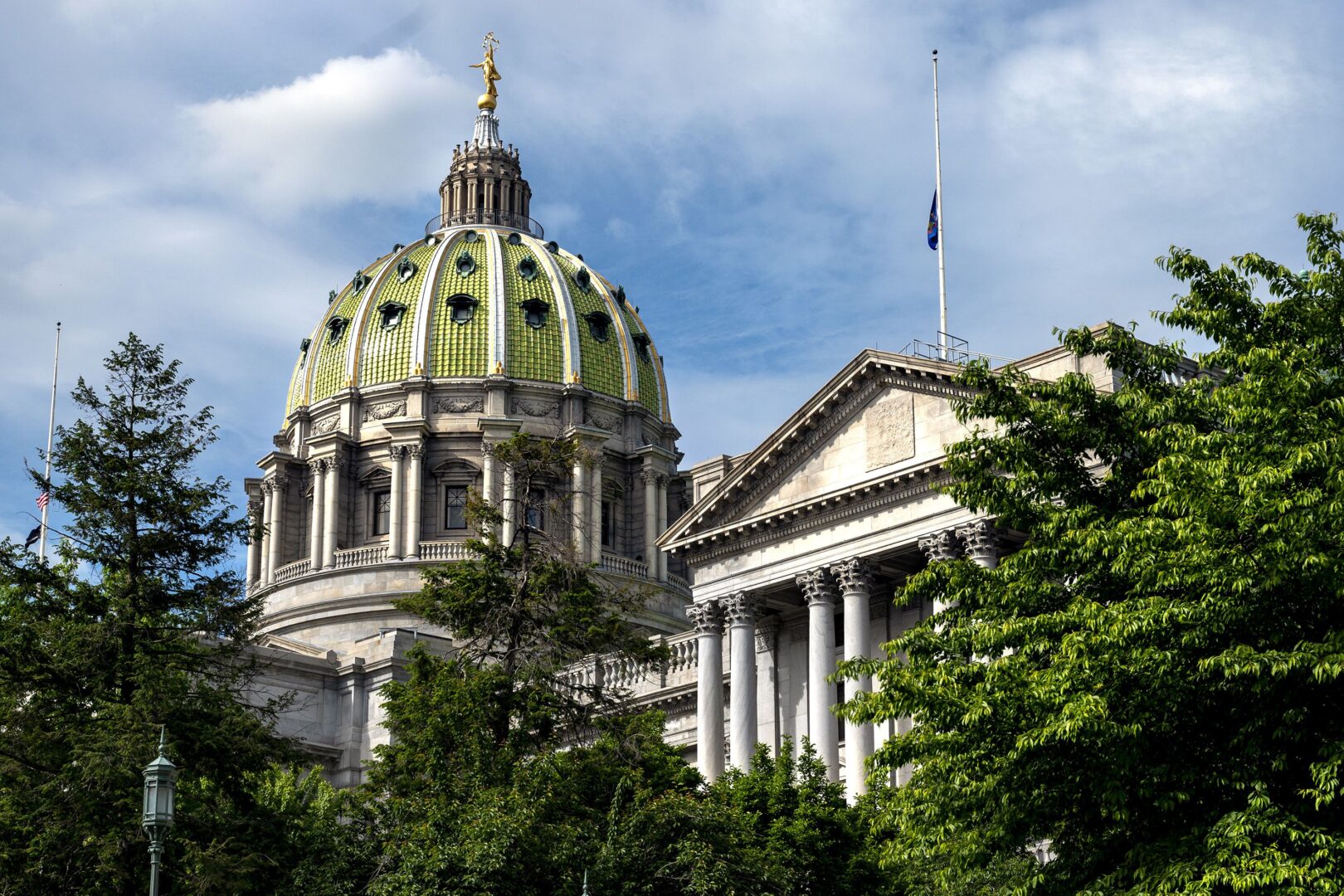 The Pennsylvania Capitol is a convoluted place. Spotlight PA wants to help make sense of it.

Horse-trading, nose-holding, and a whole lot of cash.

The Pennsylvania Capitol this week jolted into action with just six more voting days before the pivotal midterm election, advancing a slew of bills with one common theme while lawmakers raced from fundraiser to fundraiser seeking to bolster their campaign coffers.

Among other priorities, the GOP-led legislature voted on bills to mandate a moment of silence in schools every Sept. 11, improve data-sharing about overdoses, and increase public access to financial records from Penn State, Pitt, and other state-related universities.

Each of those efforts received bipartisan support, but they also all have the same name at the top: state Sen. Doug Mastriano (R., Franklin), the Republican gubernatorial nominee who will face Democratic Attorney General Josh Shapiro this November in a tightening race.

It’s an open secret in Harrisburg that come fall in critical election years, bills backed by lawmakers in competitive races may take precedence. Political motives helped convince Republicans in 2018 to muscle through a rare gun control bill sponsored by a lawmaker running for higher office.

That can put lawmakers in the minority party — which, historically, has been legislative Democrats in Pennsylvania — in the tricky position of deciding whether to support a bill that might align with their policy goals but also would provide a boost to their political opponent.

Both Democrats and Republicans voted yes on DelRosso and Mastriano’s bills. One bill put forth by Democrats — to require carbon monoxide detectors in some child care facilities — also received a vote this past week.

Mastriano’s state-related university bill has been praised by Pennsylvania’s media lobbying group as a win for accountability, and three of the affected schools have signaled their backing. It had also sat untouched for more than a year before it was brought up for a committee vote in June and then a full state Senate vote in September.

Mastriano is currently polling behind Shapiro, whose campaign has highlighted Mastriano’s unpopular and extreme positions on abortion, LGBTQ rights, and voting rights. A legislative win with bipartisan support could allow him to interrupt that narrative.

The bills, if passed and signed into law, would also bolster Mastriano’s legislative record. He has introduced 86 bills since taking office in 2019, including a six-week abortion ban and a cap on insulin copayments at $30, of which three have been signed into law. 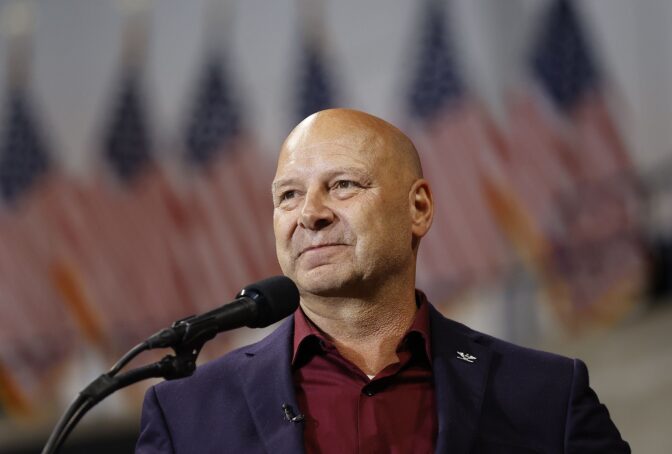 One extended term lengths for members of an obscure state commission, one increased penalties for passing a disabled vehicle in an unsafe fashion, and one tweaked how drivers apply for a special veterans license.

Of the five bills of Mastriano’s that advanced this week, the closest to Democratic Gov. Tom Wolf’s desk would require the State Police to map drug overdoses. Democratic lawmakers opposed it in the state House Judiciary Committee this week, which Mastriano chalked up to them playing political games.

“They are trying to use parliamentary procedure to stop running a bill that will save lives,” he said in a Facebook live video.

But ranking committee Democrat Tim Briggs, of Montgomery County, said he thought the bill was too focused on providing information to law enforcement as opposed to public health authorities. He added that the bill provides no additional funding for the mapping effort.

“I think the politics is coming in to give Sen. Mastriano a bill,” Briggs said, “and not really caring if it’s a good bill or not.”

Another proposal from Mastriano, state Senate Bill 488, would expand the amount of financial information that the four state-related universities — Lincoln, Penn State, Pitt, and Temple — have to share with the public through already mandated annual filings.

The schools would be required to release an audited financial statement, employment and enrollment information, contracts of more than $10,000, and aggregated faculty salary data every year among other information.

In a statement, Mastriano said the schools’ more than $600 million in state funding “shouldn’t be a closely-guarded secret.”

“This legislation offers a level of transparency necessary to keep these universities accountable to the public they serve,” he said.

The bill passed the full state Senate 38-12 on Sept. 20 and was sent to the state House for consideration. One transparency advocate said tweaks to the state’s open-records law are long overdue.

“Improved accessibility fosters better accountability,” said Brad Simpson, president of the Pennsylvania NewsMedia Association (of which Spotlight PA is a member). “We are happy to see the passage in the Senate and look forward to the House passing it and the governor signing the bill.”

The bill also appears to have the backing of three of the schools. In a June letter, lobbyists for Penn State, Pitt, and Temple told senators the bill “maintain[s] the careful balance” between privacy and transparency.

Despite that support, 12 Democrats voted against the bill this month.

In a statement, Senate Minority Leader Jay Costa (D., Allegheny) said he voted no because he had concerns “about authorizing expanded access into the day-to-day business of our incredible higher education institutions to a gubernatorial candidate who has threatened and disparaged members of the LGBTQ+ community and anyone who has sought an abortion for any reason.”

Muth noted that Democrats don’t control which bills come up for a vote — that power belongs to Republican leadership — so they “have to vote for these people’s bills all the time.”

She added that Mastriano’s proposal is nearly identical to a bill repeatedly proposed by a now retired Democratic senator which went nowhere for years.

“It’s a transparency bill,” Muth said. “I can suck up my dislike for the man. Do I think it was a perfect bill? No. But again, none of this stuff we vote on is like the gold standard.” 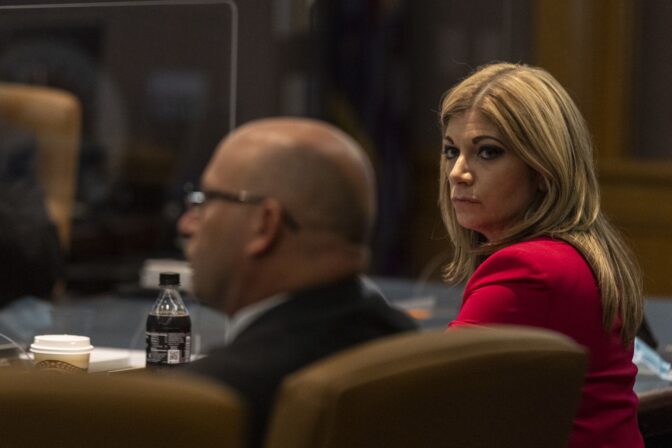 It’s not unusual for bills to languish for months, if not a year-plus before getting a vote (if they get one at all).

The exact reason why a bill fails to advance is often opaque, but committee chairs hold a vast amount of power to decide which bills advance or wither on the vine.

Once a bill is voted out of committee, it’s then up to a chamber’s majority leader to pick which bills will get a vote, and which won’t. House Majority Leader Kerry Benninghoff (R., Centre) has consistently argued his choice boils down to figuring out which bills 102 lawmakers back.

“As you can imagine, with 203 members here, 50 in the Senate — according to each one of them, their bill is the most important one,” Benninghoff said this week. “So, my job is to find what bills we have the majority of votes to get through.”

Opponents have countered that such arguments are only half true. Very conservative lawmakers will argue that their pet proposals don’t run because of a lack of political will from their leaders. The minority party, currently Democrats, has little recourse under chamber rules to force a vote on popular bills, like a minimum wage hike, that could pass with some moderate Republican support.

“If we’re given the opportunity after the November election to set the agenda, you will see these types of bills moving through the House,” House Minority Leader Joanna McClinton (D., Philadelphia) said last week.

For her part, Erica Clayton Wright, spokesperson for Senate Majority Leader Kim Ward (R., Westmoreland), said that campaign considerations did not play a role in bringing Mastriano’s open-records bill up in the closing days of session.

Time is running out for any of Mastriano’s bills to reach Wolf for consideration before the end of November, when all bills expire and must be reintroduced the following year. The state House has just three scheduled session days left before the election, then another three before the end of the session.

State Rep. Seth Grove (R., York), whose committee must consider Mastriano’s university open-records bill for it to advance, said Wednesday he was not planning to hold another committee meeting before the election.

But he acknowledged that could change with a phone call from leadership.

“It’s that time of year where trades happen,” Grove said.

While bringing lawmakers to Harrisburg for even a single day can cost taxpayers tens of thousands of dollars in special perks including per diems, mileage, and other expenses, it’s not unusual for some politicking to be on the agenda both inside and outside the Capitol — especially in the run-up to an election.

On the six days of voting session this month, lawmakers in the state House and Senate took 55 floor votes on bills, amendments, procedural motions, and more.

Legislators advanced proposals to improve conditions for women in prison, allow for the third-party sale of vanity plates, and increase transparency in the state’s pensions system. (None of those bills have passed both chambers and been sent to Wolf.

But especially amid a high-stakes election season, session days are as much about legislating as they are about refilling campaign war chests with checks from Harrisburg’s donor class of lobbyists and other influencers.

On those same six days, lawmakers hosted at least 53 fundraisers in the Harrisburg area, with attendance costing donors from $250 to $10,000 a head, according to an unofficial calendar maintained by a Harrisburg lobbying firm.

After taking the summer off, lawmakers “return to Harrisburg to replenish their campaign coffers while working for taxpayers?” Epstein said.

“How is this different than campaigning while working?”

Pennsylvania election 2022: How to serve as a poll worker on Nov. 8