FILE—In this file photo from Dec. 16, 2021, a proposed map is displayed during a meeting of the Pennsylvania Legislative Reapportionment Commission at the Capitol in Harrisburg, Pa. Democrats who have long blamed their party's legislative minorities on Republican gerrymandering will find out in November whether more friendly district maps will edge them closer to retaking control of the House and Senate. 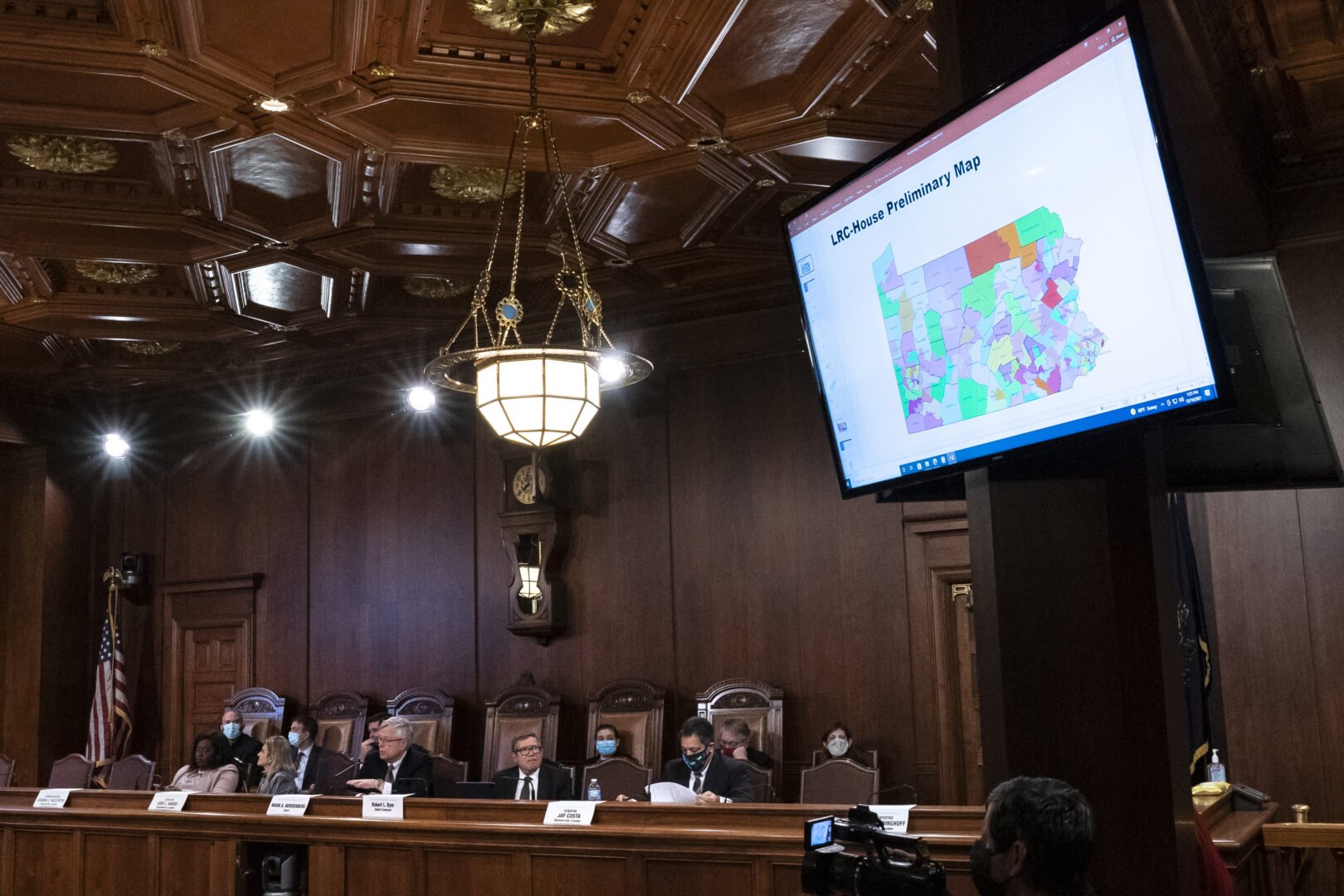 FILE—In this file photo from Dec. 16, 2021, a proposed map is displayed during a meeting of the Pennsylvania Legislative Reapportionment Commission at the Capitol in Harrisburg, Pa. Democrats who have long blamed their party's legislative minorities on Republican gerrymandering will find out in November whether more friendly district maps will edge them closer to retaking control of the House and Senate.

Democrats in Pennsylvania who have long blamed their party’s legislative minorities on Republican gerrymandering will find out in November whether friendlier district maps will edge them closer to retaking control of the House and Senate.

Nearly 400 state legislative candidates will appear on ballots Nov. 8, hoping voters will send them to Harrisburg to represent one of the 203 House and 25 Senate districts up this year after lines were redrawn in the once-a-decade redistricting process.

The new district boundaries, along with dozens of retirements and primary election defeats, will certainly bring change to the Capitol — but even the most ardent Democrats aren’t predicting they will swing enough seats to dictate when bills are voted on or if they even get a vote. Republicans currently hold 29-21 Senate and 113-90 House majorities. Democrats have not held a majority in either chamber since 2010.

If Republicans retain control next year, one of their first moves may be to put a referendum before voters to change the constitution in potentially sweeping ways. Provisions in it could have major implications for abortion rights, access to voting and a governor’s power to write regulations. The state, which gets a new governor in January, also has billions in coronavirus relief money to dole out and a fat budget surplus.

To get there, Republican candidates are emphasizing an anti-tax message, opposition to Democratic Gov. Tom Wolf’s efforts to address the pandemic, and concerns about crime.

Democrats hope a recent shift toward their candidates in the Philadelphia suburbs continues, while Republicans want to wring more seats out of northeastern and western Pennsylvania.

Republicans have more incumbents to defend and more retirements this cycle while facing population growth in some Democratic areas.

In the House, Democratic pickup opportunities are concentrated in the Philadelphia suburbs, including the Republican-heavy Bucks County delegation, along with open seats in the Harrisburg area, greater Pittsburgh and State College. A second House member from Lancaster also could boost Democrats’ ranks next year.

In a perennial swing district outside Philadelphia, Democrat Missy Cerrato is telling voters Stephens’ presence in the GOP caucus helps kill policy proposals he and district voters both support.

“At the end of the day, Todd voted for his leadership. So the extremists that he claims to not be like, he’s voting them into leadership,” Cerrato said.

Stephens, among the House’s most moderate members, is leaning into his Democratic-friendly votes on abortion and gun control, along with his likely ascendency to chair a House committee next year. Voters trading him in for a freshman makes no sense if Democrats aren’t in the majority, he said.

Six senators, all Republicans, either lost primaries or opted to retire this year. There are also about 40 House seats opened by retirements and primary defeats — a large number by historical standards.

In four of the 25 Senate seats, incumbents have no opponent in the coming election. More than one-in-three House seats also will go to incumbents who are running unopposed and the eight newcomers who received their party’s nomination this spring to find themselves in uncontested races this fall. 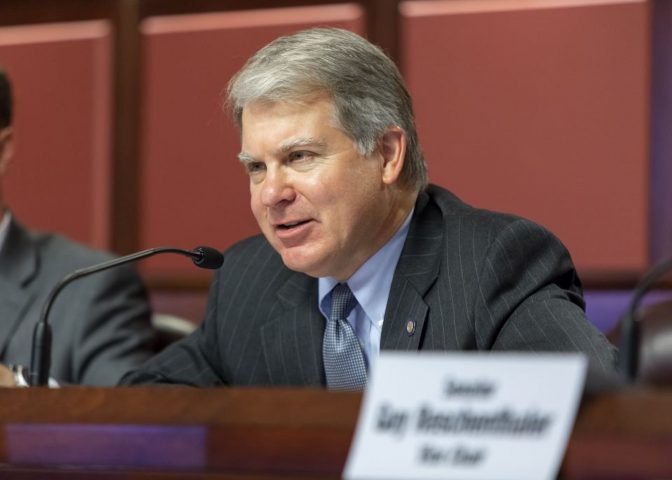 The open seats are his priority, said GOP Sen. Dave Argall of Schuylkill County, who heads his caucus’ campaign effort.

“In the polls, in the town hall meetings, it’s primarily the economy — but education issues are important,” Argall said. “Crime is important. And people usually have more than just one issue on the top of their mind.”

Democrats are looking for an influx of support in the wake of this summer’s U.S. Supreme Court ruling on abortion. Republican legislation to curtail abortion rights has been vetoed by Wolf, but that could change if Republican state Sen. Doug Mastriano beats Democratic Attorney General Josh Shapiro for the governorship.

“The plan is, from a policy and messaging agenda, to repel this far-right extremist agenda that all the Republicans have adopted,” said Sen. Vince Hughes of Philadelphia, coordinating campaigns this year for Senate Democrats. “Unless you publicly denounce Mastriano and his antics, then you are embracing them.”

Next year will bring some new leaders into prominent positions, as three high-ranking Republicans lost primaries earlier this year. Senate President Pro Tempore Jake Corman of Centre County lost the gubernatorial primary and opted not to seek another Senate term. Senate Appropriations Chairman Pat Browne, R-Lehigh, lost the primary despite a district revamped to help keep the seat. And House Appropriations Chairman Stan Saylor, R-York, was unseated by a primary challenge from the right.