FILE - In this photo made with a long exposure, a man is silhouetted against lights reflected in the waters off Cape Neddick in Maine on Dec. 11, 2017. U.S. doctors should regularly screen all adults under 65 for anxiety, an influential health guidelines group proposed Tuesday, Sept. 20, 2022. 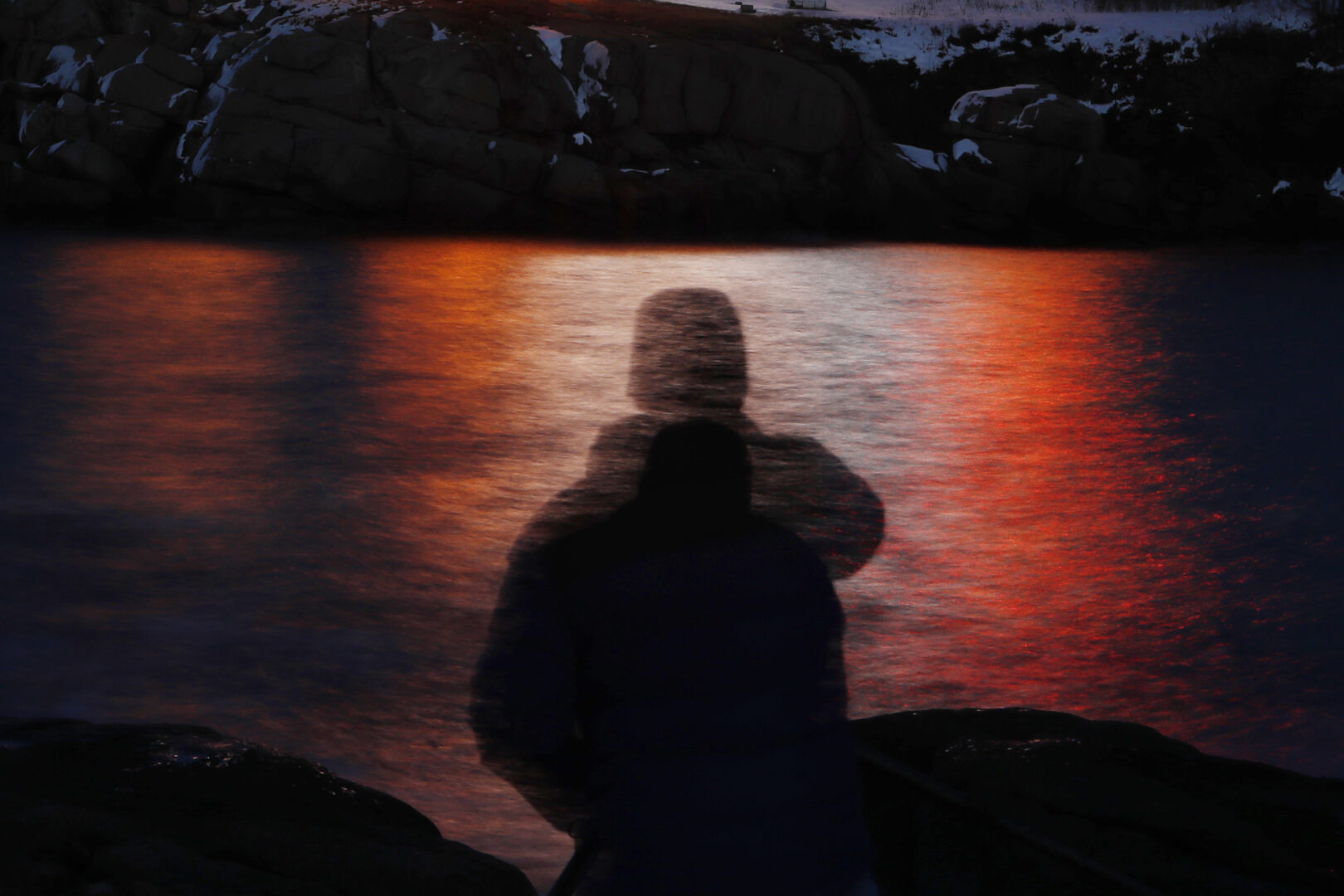 FILE - In this photo made with a long exposure, a man is silhouetted against lights reflected in the waters off Cape Neddick in Maine on Dec. 11, 2017. U.S. doctors should regularly screen all adults under 65 for anxiety, an influential health guidelines group proposed Tuesday, Sept. 20, 2022.

A drug often used as anesthesia during surgery can help treat depression, according to a new study on ketamine from University of Pittsburgh researchers.

A ketamine infusion will produce a brief, dream-like state of floating detachment. For decades, it’s been used as a therapeutic for people with mood disorders. Patients with treatment-resistant depression often experience rapid, though temporary, alleviation of symptoms following a single ketamine infusion.

But perhaps more interestingly, after the euphoria wears off, there remains a one-to-two-week period when the brain is more malleable and able to learn new things. Pitt psychologist Rebecca Price says this creates a window when a person can develop more positive ways of thinking that override older, more rigid pathways.

Therefore, after giving ketamine to research volunteers with treatment-resistant depression, Price put people through a short training program to help them form associations between themselves and positive stimuli.

“So we take things like smiling faces of actors from these standardized sets, and then we just pair it over and over again with pictures of the patient, so that the patient starts to associate, in this really basic way, themselves with more positive things,” said Price. “Basically, you equate positive stuff.”

It’s important to note that ketamine doesn’t make the brain super flexible, like a lump of clay on a potter’s wheel that can be shaped in unique and distinctive forms. Instead, the drug’s effect is more like writing a message in wet cement.

Still, the intervention produced statistically significant results. The month after receiving ketamine and positive brain training, volunteers reported fewer depressive symptoms than those who only received ketamine and those who received training and a placebo saline drip.

Price’s findings, published Wednesday in the American Journal of Psychiatry, could lead to more long-lasting and accessible treatments due to the low cost of ketamine and the simplicity of the brain training utilized in the Pitt study.

Yale University’s Gerald Sanacora says Price’s results could have profound public health implications for these reasons. “The demand [for behavioral health care] is so much greater than the supply at this point…We need to find ways of providing effective treatments more efficiently.”

As an expert in novel treatment approaches to neuropsychiatric disorders, Sanacora said much remains unknown about ketamine’s therapeutic properties. For example, is the floating bliss people feel while on ketamine connected to the window of malleability? How is the rapid relief of depressive symptoms related to a person’s ability to learn more positive thought patterns?

Therefore, as clinicians look for ways to help patients with ketamine, Sanacora cautions it’s important to go about treatment responsibly.