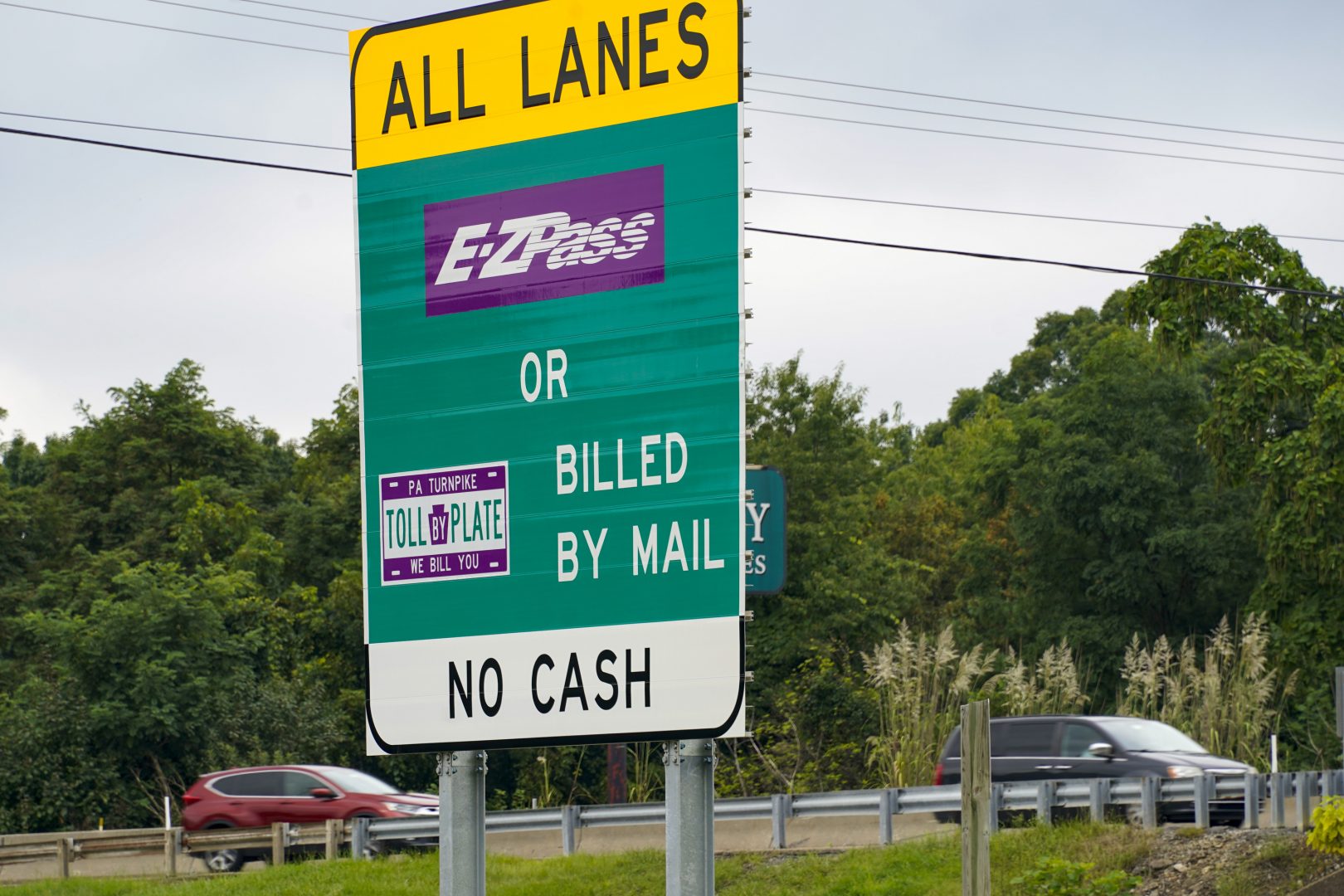 The amount of yearly uncollected tolls on the Pennsylvania Turnpike grew by nearly 50% last year, and a new government audit is urging the Turnpike Commission to address the problem and make changes to improve its finances.

Following up on an internal study that said more than $104 million in tolls went uncollected last year, an update in May found the amount had grown to $155 million. Nearly $1.5 billion in tolls was paid or expected to be paid during the one-year period from April 2021 to March of this year.

Losses had been anticipated after the turnpike converted to all-cash collections in 2020, laying off hundreds of toll collectors and auditors. Many vehicles have E-ZPass, a device that collects toll information and charges drivers. Although turnpike cameras read license plates of vehicles without E-ZPass and send bills to their owners, there are problems with obscured or faded plates, camera system failures and getting money from scofflaw drivers.

The increase in the cost of free rides in the past year, however, has largely been driven by more turnpike traffic and higher tolls, turnpike officials reported. The losses represent some 6.5% of all transactions.

In a written response, turnpike chief executive Mark Compton said his agency was “actively engaged with the Legislature, the PA State Police and surrounding toll agencies to ensure we are taking all possible measures to collect.”

The auditor general’s office said this week the turnpike board should rein in or end free rides on the 565-mile toll road system for its own employees and contractors, even when they are off duty.

The financial watchdog agency’s study turned up $3.2 million in free travel for turnpike employees over a three-year period ending in May 2021. The cost of free trips for turnpike contractors and consultants went from $5.9 million over 2015-18 to $8.4 million in 2018-21, the audit said.

“The turnpike has said they consider those people to be on call 24-7, but given their current financial situation, it makes sense to only use this while you’re working,” April Hutcheson, communications director for Auditor General Tim DeFoor, said Thursday.

Turnpike spokesperson Carl DeFebo said it’s unclear how much savings could be generated, as most employee trips on the turnpike are work-related, consultants would inevitably bill the agency for their job-related trips and there would be accounting costs to sort out the work-related travel from other uses.

A bill that has passed the House unanimously and is pending before the state Senate would allow the turnpike to have PennDOT issue a suspension for at least $250 in unpaid tolls, down from a $500 minimum under current law. The turnpike, which supports the bill, believes that would add more than 23,000 suspensions in Pennsylvania.

The auditor general’s report noted a recent Ohio law prevents owners from registering or transferring a vehicle’s title without paying off their delinquent tolls. If lawmakers make such a change in Pennsylvania, the audit said, it “should assist in increasing the commission’s collection of outstanding tolls and potentially deter motorists from becoming toll violators.”

The auditors’ recommendations include having state police crack down on obstructed or unreadable license plates, figuring out why so many license plates do not have valid billing addresses, expanding coordination with other states, getting old and hard-to-read plates replaced and moving new legislation through the General Assembly. DeFebo said turnpike management supports those ideas.

“The more tools we have at our disposal the better,” DeFebo said.

This story has been corrected to show that the turnpike’s toll revenue was reported from April to March, not April to May.